Jang Dong Yoon, Kam Woo Sung, And Park Sung Hoon Describe What Each Other Is Like On The Set Of “Joseon Exorcist”

“Joseon Exorcist” revealed a look behind the scenes, and the actors shared insights into their co-stars’ personalities!

Set after the establishment of the Joseon dynasty, SBS’s “Joseon Exorcist” is about the battle with the undead who come back to life after being killed by the royal family.

Jang Dong Yoon stars as Prince Chungnyeong, a bookish young man forced to fight to protect Joseon from the evil spirits. Kam Woo Sung stars as King Taejong, a cold-blooded monarch who sets out to control the spirits but secretly harbors a sense of guilt over the blood he shed while helping his father establish Joseon. Park Sung Hoon stars as Prince Yangnyeong, who forms a dangerous contract with the spirits to protect his loved ones.

SBS recently shared behind-the-scenes photos of the trio as they film the drama’s thrilling scenes. Kam Woo Sung shows his attention to detail as he speaks with Director Shin Kyung Soo, while another photo shows Jang Dong Yoon putting on a passionate performance during their rehearsal. Jang Dong Yoon has been carefully checking each movement in order to pull off the action scenes and he’s also reflecting on his character’s emotions. 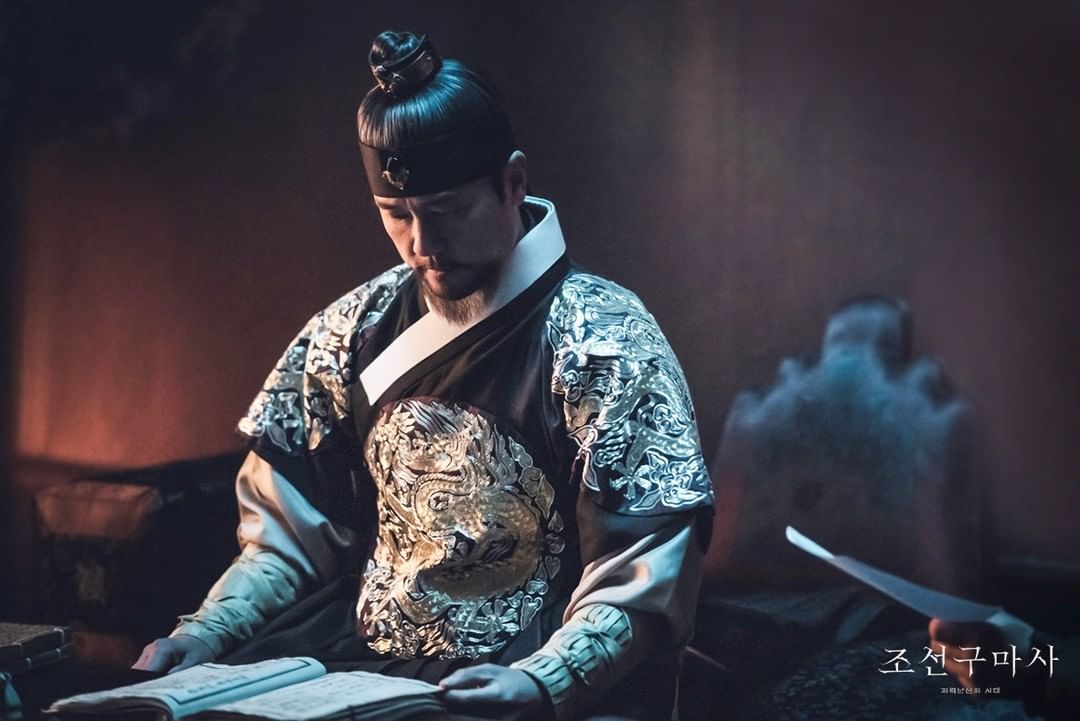 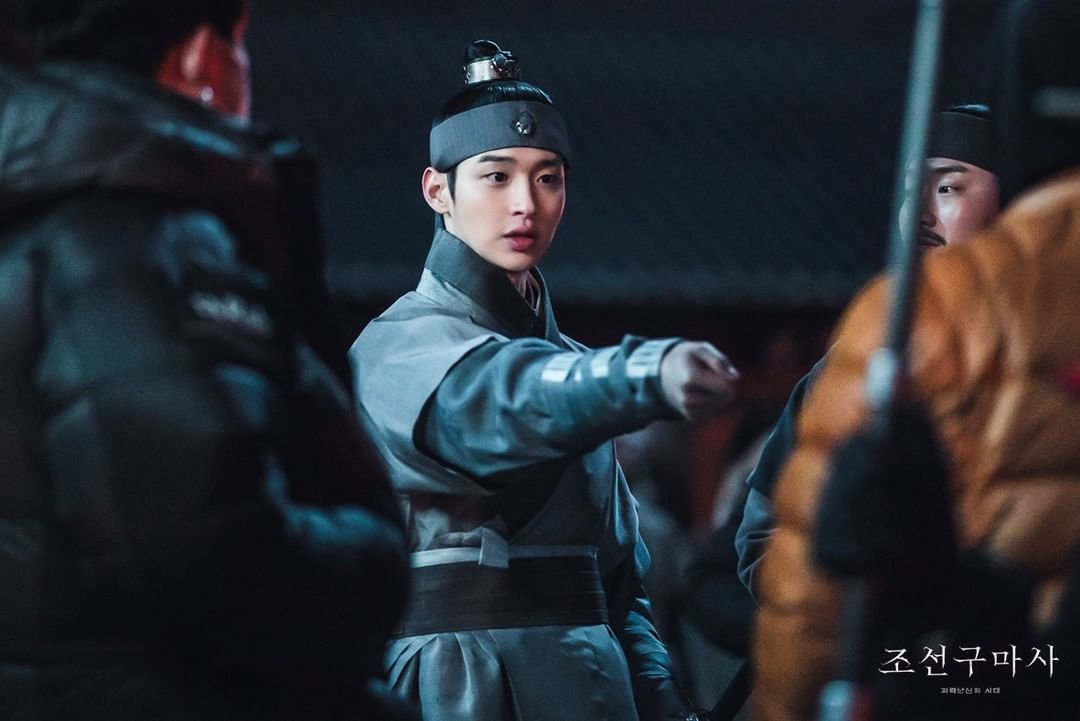 In another image, Kam Woo Sung and Jang Dong Yoon put their heads together to study the script. Meanwhile, Park Sung Hoon immerses himself into his role as Prince Yangnyeong, and he spends his break time between scenes reviewing the character’s complex emotions. 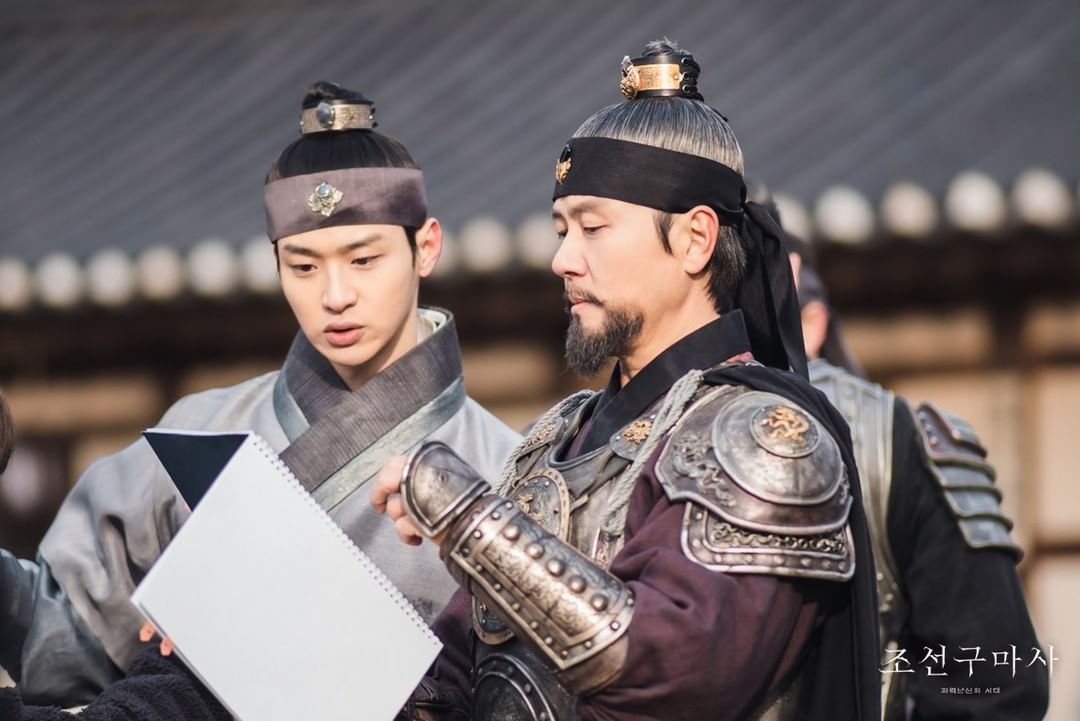 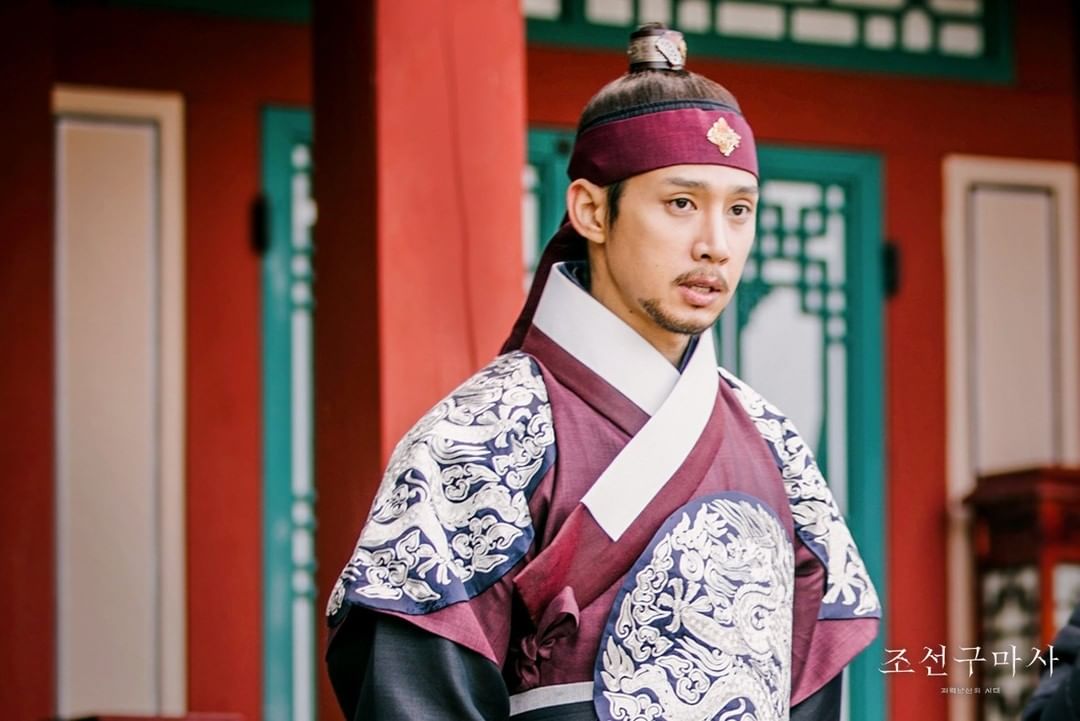 Kam Woo Sung stated, “Jang Dong Yoon and Park Sung Hoon are both good-natured and friendly, so we’re acting together comfortably and I feel like they’re my real sons. Jang Dong Yoon is gentle and caring, and Park Sung Hoon is dependable and has a dignified presence. We’ve all already become totally immersed in our roles, so every shoot is fun and interesting.”

Jang Dong Yoon and Park Sung Hoon also shared their admiration for Kam Woo Sung. Jang Dong Yoon said, “Kam Woo Sung is incredibly detailed. When he acts, he takes care when it comes to everything from small props to the way he walks and to even each glance.” He added, “He also cares for his co-stars with affection. He’s someone who’s both perceptive and thoughtful.” Jang Dong Yoon also said about Park Sung Hoon, “I admired the way that he doesn’t lose focus despite how difficult the filming is.”

Park Sung Hoon shared, “On set, Kam Woo Sung is always checking every movement and line, and he tries to do everything with great care.” He added, “Jang Dong Yoon is always alert and approaches everything with the attitude of a student. He’s very reliable and earnest.”

Watch a teaser video below!