SBS’s “The Penthouse 2” kicks off the second half of its 12-episode run tonight!

As the hit drama heads into the final half of Season 2, here are four key points to watch out for: 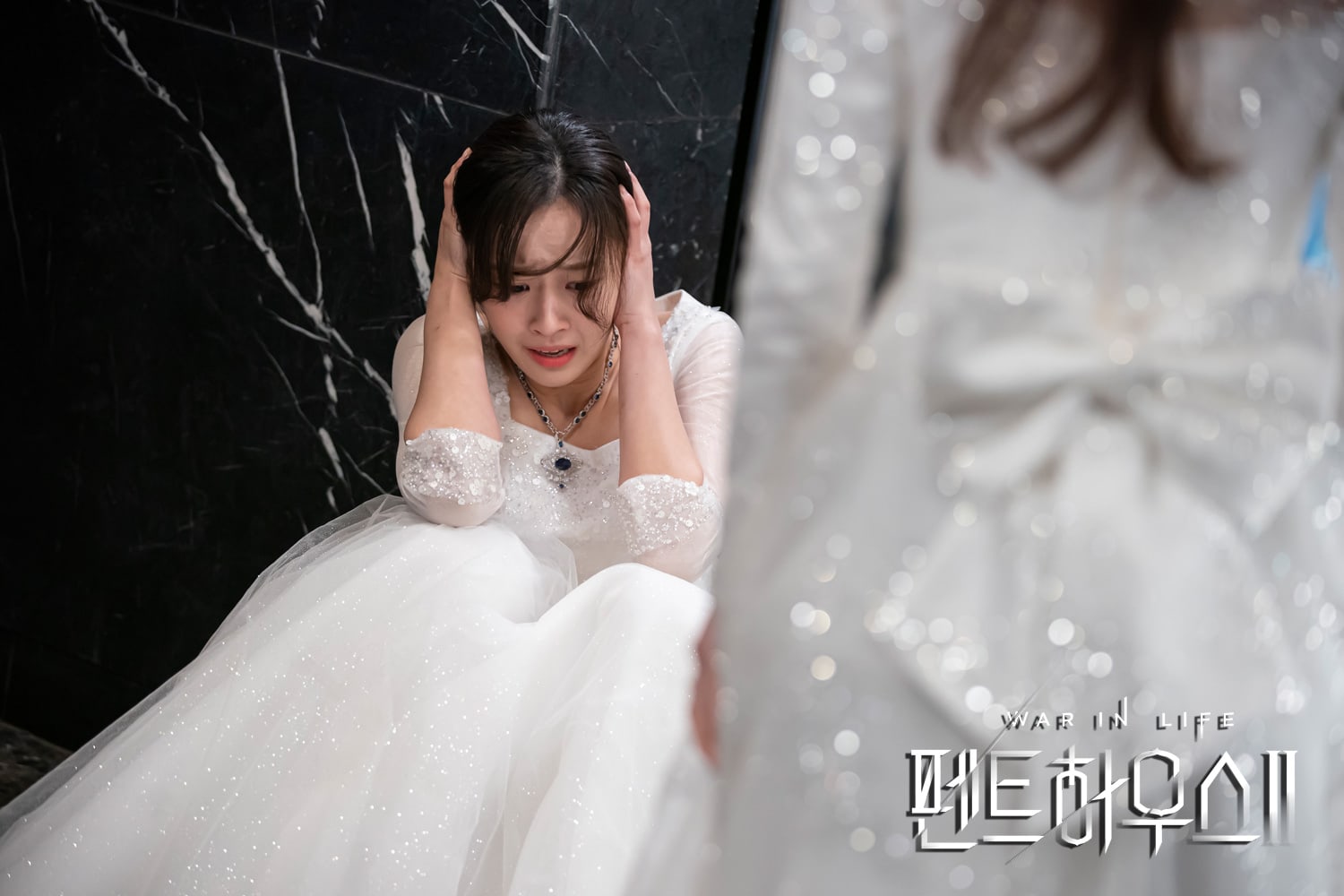 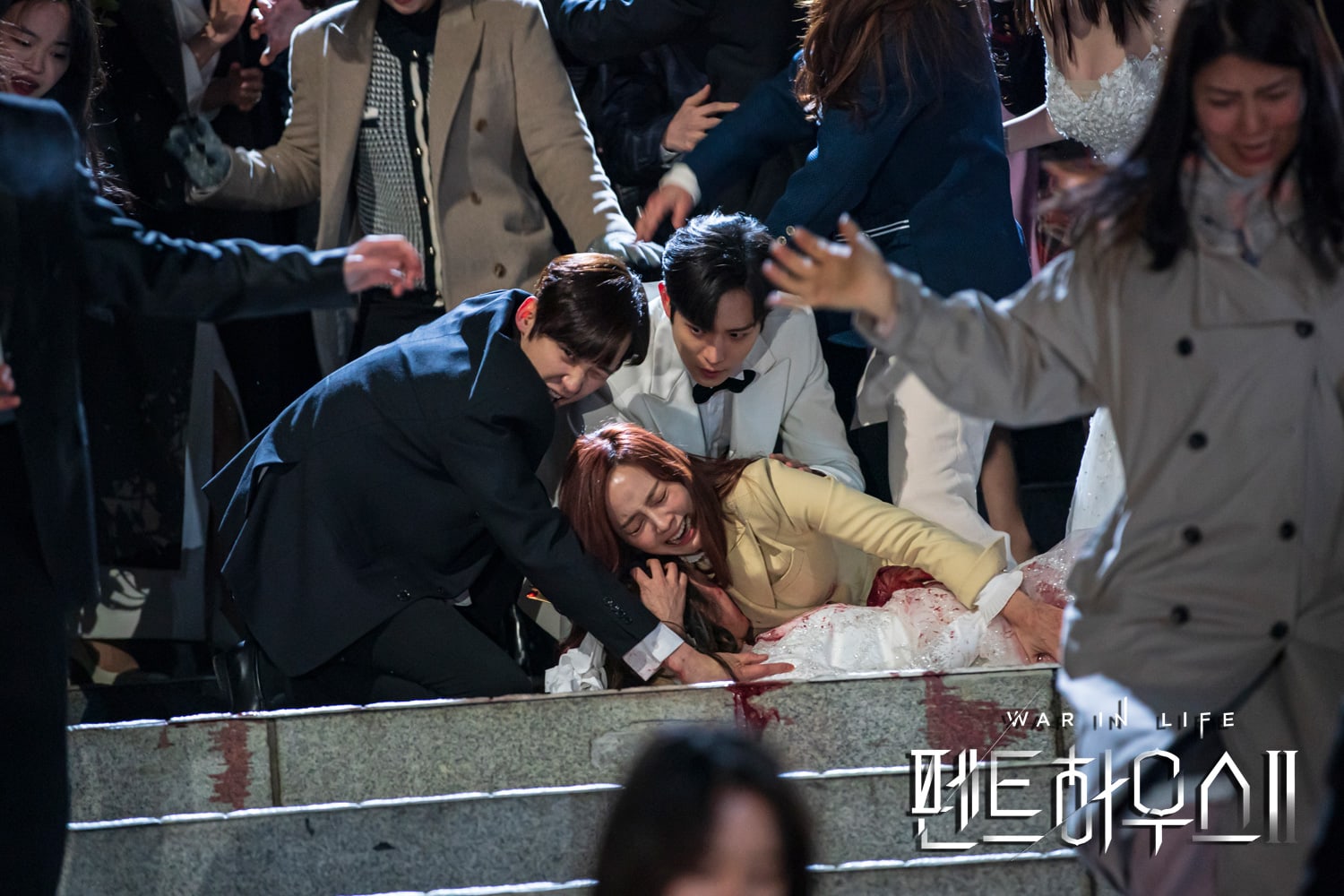 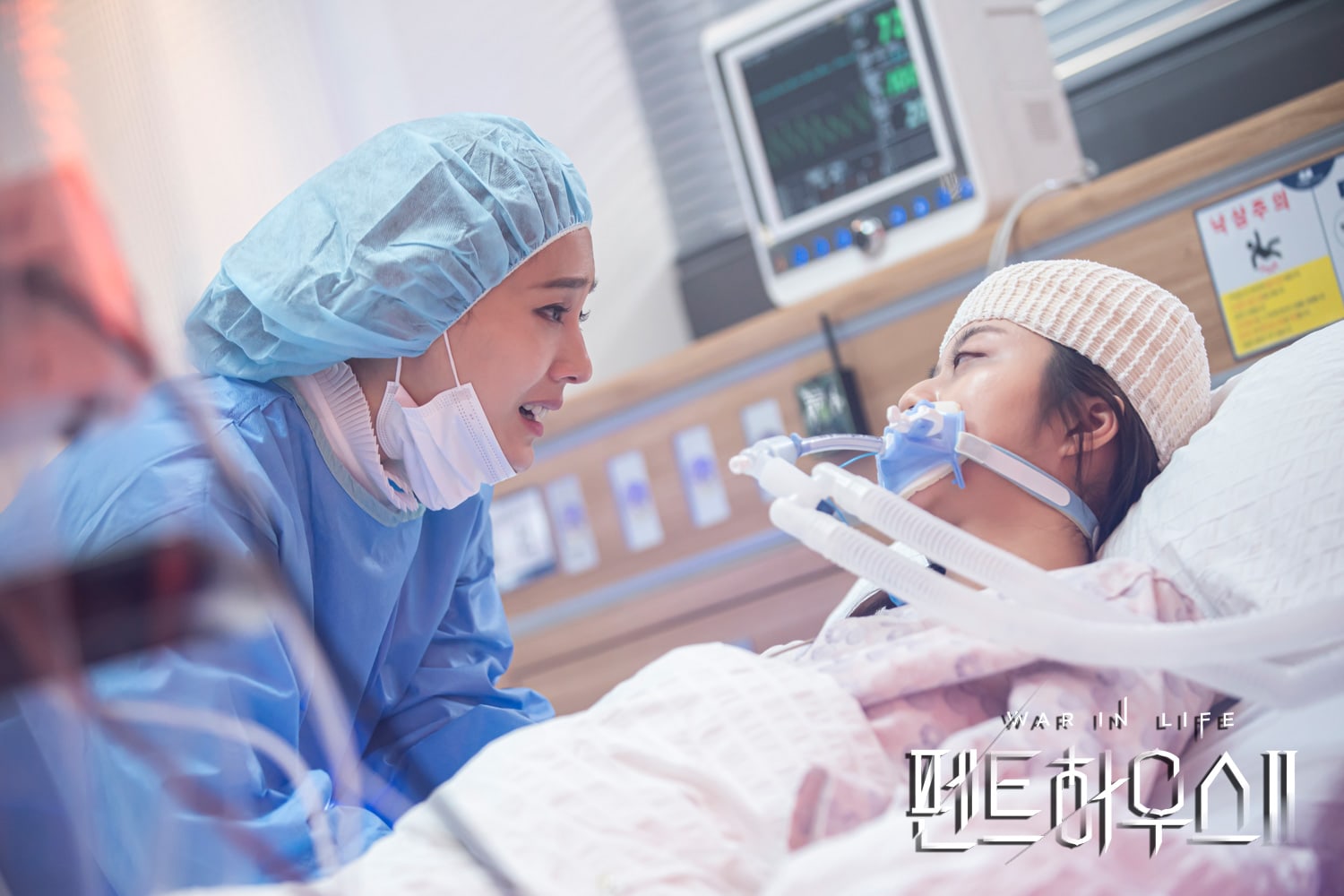 In Episode 5, we learned that the mysterious girl who took a life-threatening fall on the stairs outside Chung Ah Arts High School was, in fact, Bae Ro Na (played by Kim Hyun Soo). Due to her overwhelming anxiety, Ha Eun Byul (played by Choi Ye Bin) took far too much of her heart medication and began suffering from severe side effects. Affected by the drug and caught up in jealousy after seeing Bae Ro Na outshine her during her performance, Ha Eun Byul attacked her classmate with the trophy, which led to her falling down the stairs.

However, it wasn’t the fall that ultimately killed Bae Ro Na. Although she was badly injured and later lost consciousness, Bae Ro Na managed to survive the incident—but after she was taken to the hospital and treated, a mysterious man snuck in and removed her oxygen mask, which finally led to her tragic death.

At the same time, Ha Eun Byul’s parents Ha Yoon Cheol (played by Yoon Jong Hoon) and Cheon Seo Jin (played by Kim So Yeon) decided to join forces to cover up their daughter’s crime. Ha Yoon Cheol’s decision to betray Oh Yoon Hee (played by S.E.S.’s Eugene) has left viewers wondering whether he was the one who took Bae Ro Na’s life—or whether it was someone else entirely.

2. Oh Yoon Hee and Logan Lee’s next steps towards revenge 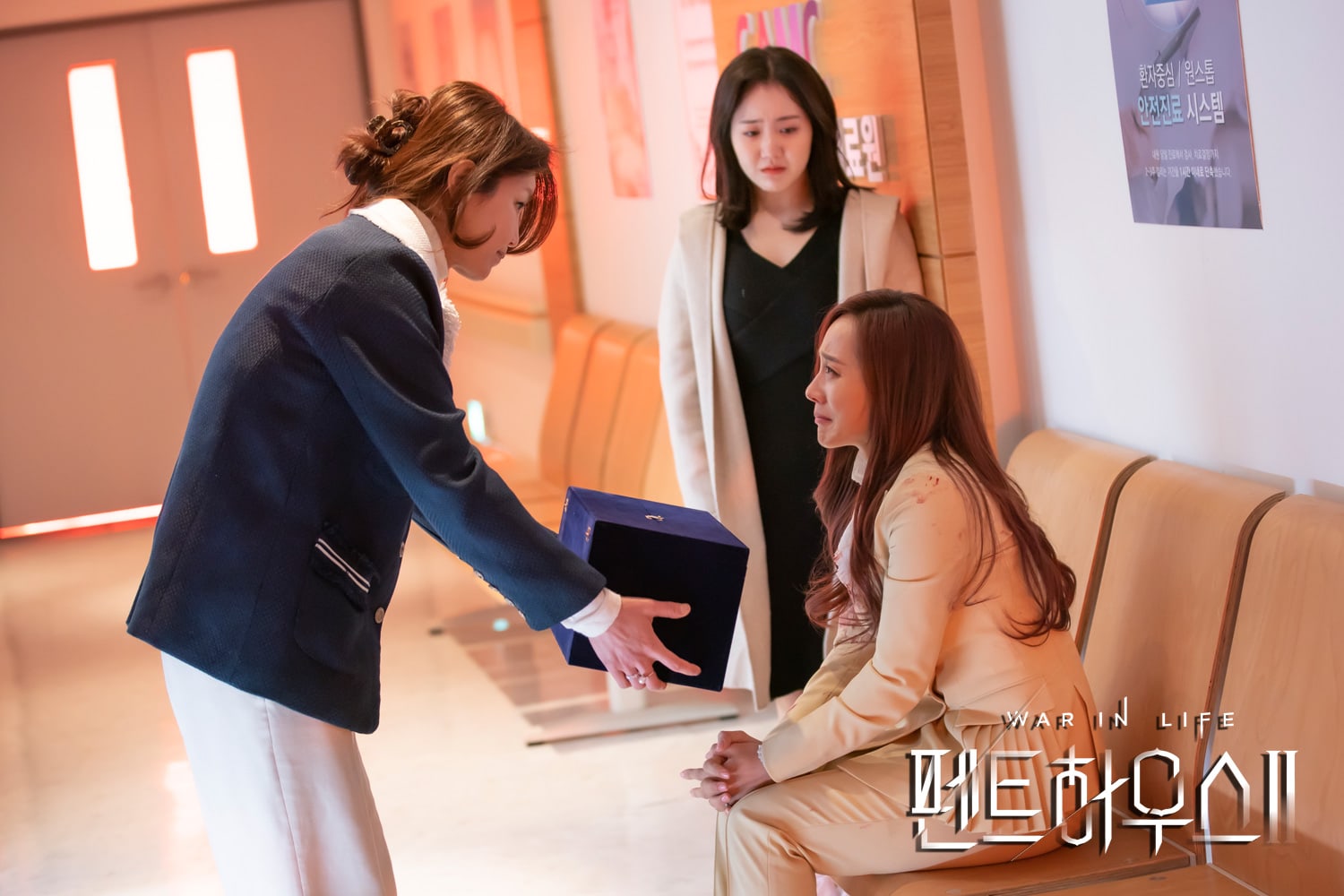 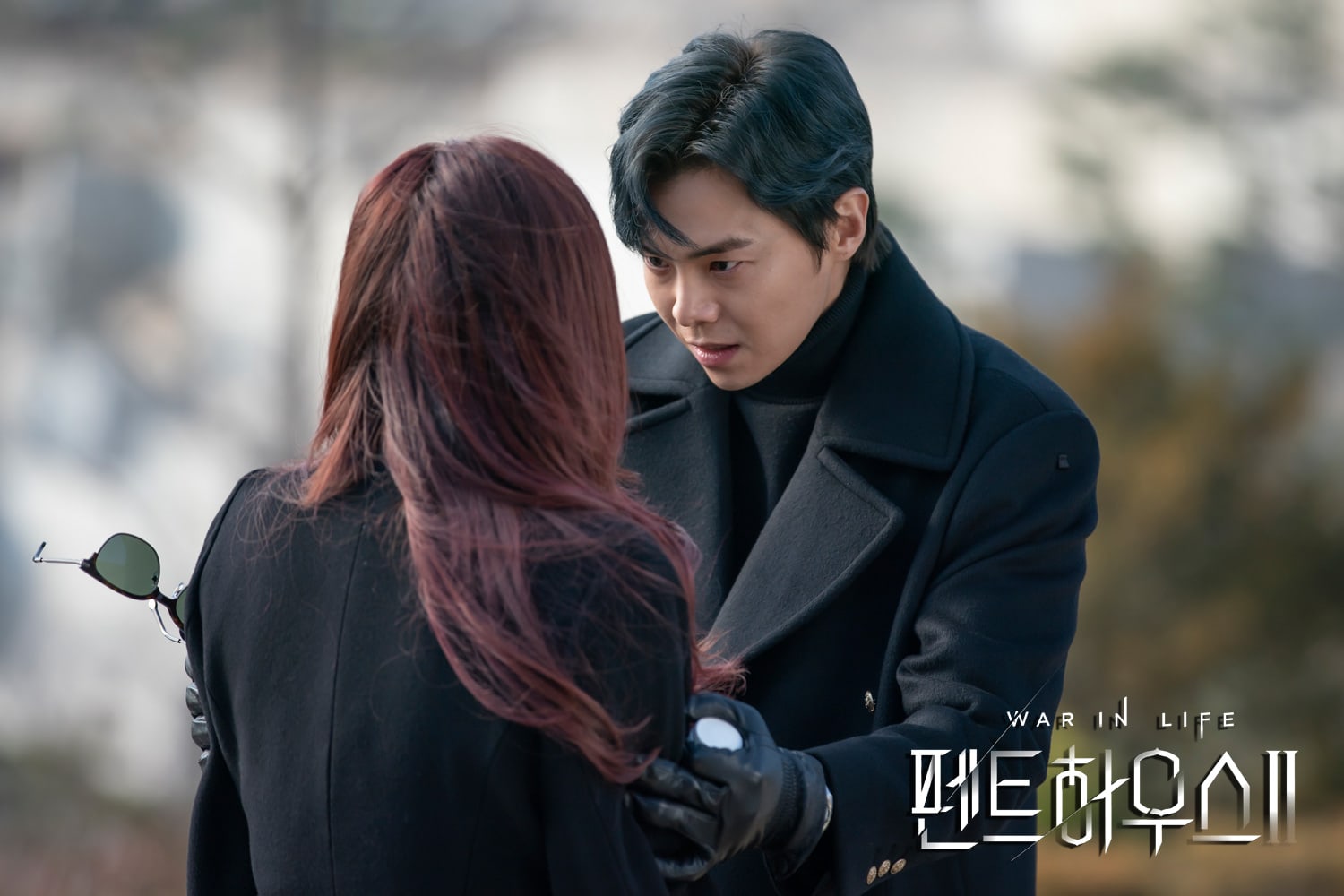 On the latest episode of “The Penthouse 2,” Oh Yoon Hee fell into despair after losing her daughter Bae Ro Na, who meant everything to her. Despite her best efforts to find the criminal responsible for Bae Ro Na’s death—and her initial suspicions about Ha Eun Byul and her parents—Oh Yoon Hee ultimately wound up believing the lie that Mr. Park was the perpetrator.

Filled with emptiness, Oh Yoon Hee felt like she had no reason to go on living. But just when she was ready to give up on everything, Logan Lee (played by Park Eun Suk) appeared by her side and revealed the shocking truth that Ha Eun Byul was the true criminal. It remains to be seen what Oh Yoon Hee will do next, now that she is armed with this new knowledge, and how it will tie in to Logan Lee’s elaborate quest for revenge, which is just starting to heat up. 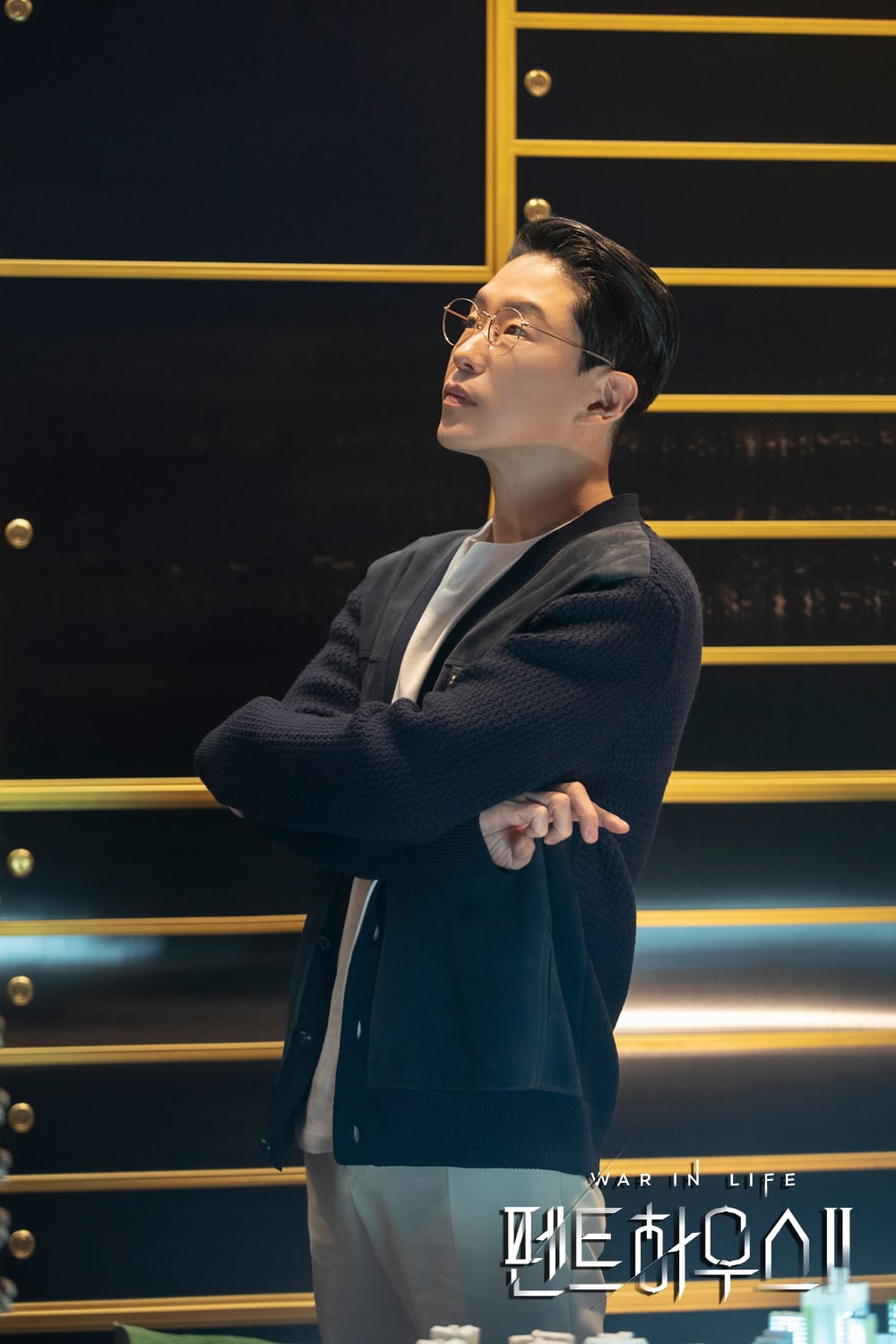 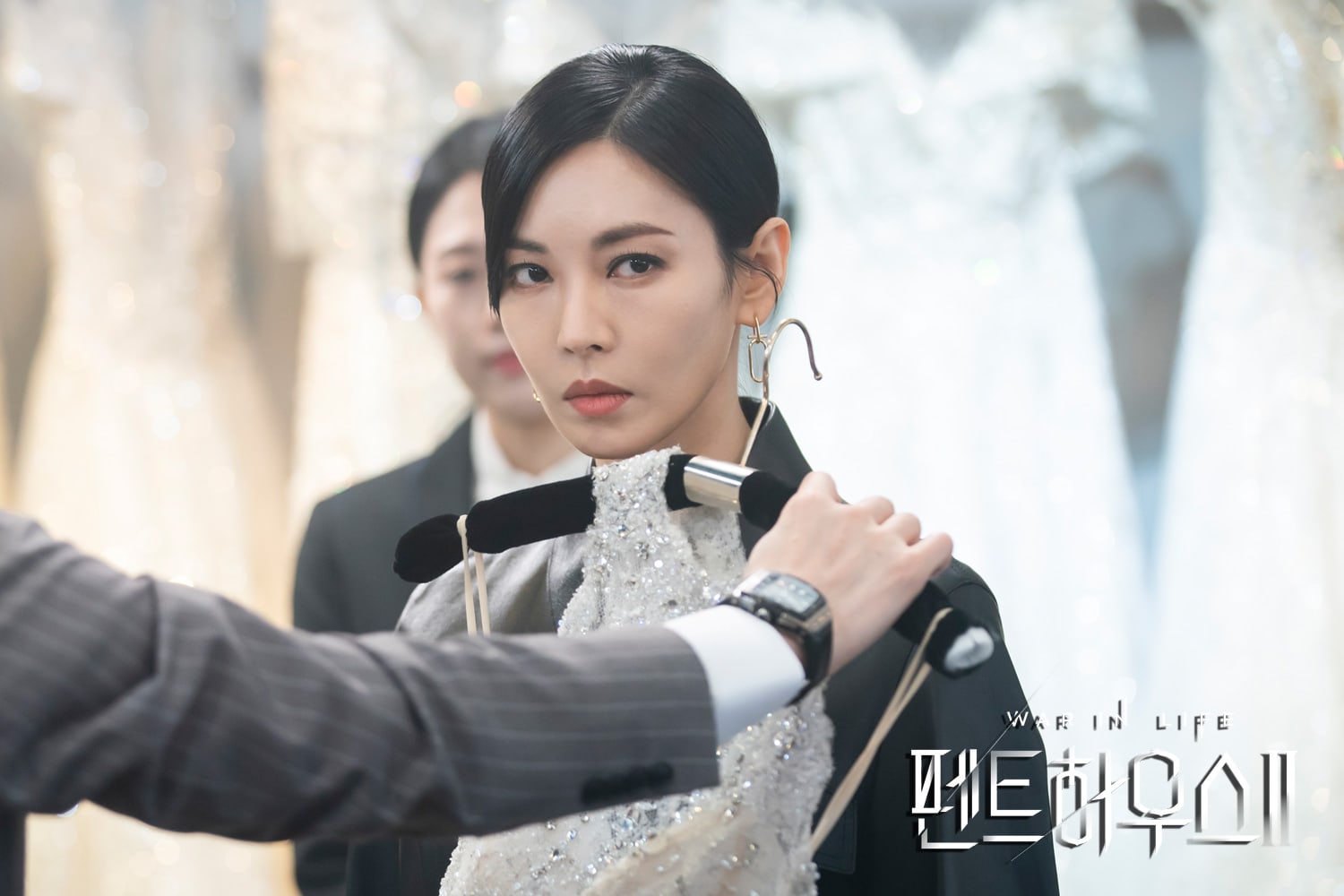 Previously on “The Penthouse 2,” Joo Dan Te (played by Uhm Ki Joon) noticed a strange new tension between longtime enemies Cheon Seo Jin and Oh Yoon Hee. Using his signature cunning and ruthlessness, he was able to get his hands on the secret “shadow singer” contract that Cheon Seo Jin signed with Park Young Ran (played by S.E.S.’s Bada).

To make things even worse for Cheon Seo Jin, the eagle-eyed Joo Dan Te also noticed his fiancée hurriedly hiding Ha Eun Byul’s necklace after finding it at the scene of Bae Ro Na’s fall. He later stole the incriminating necklace from Cheon Seo Jin’s coat pocket, making viewers curious to see what kind of dastardly scheme he will come up with to make use of it.

4. The identity of the enigmatic new arrival 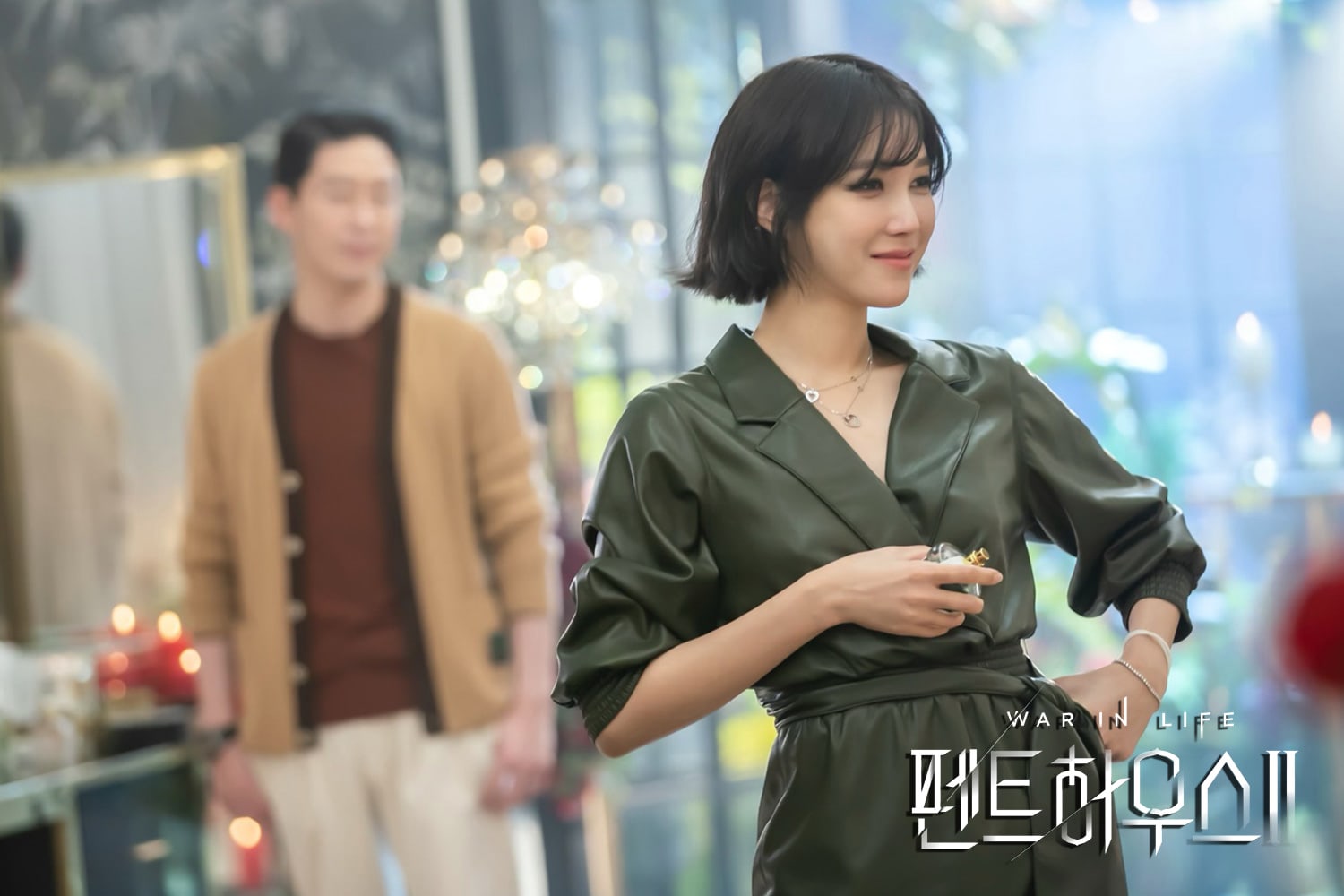 At the end of Episode 6, a mysterious character who looked exactly like Shim Soo Ryeon (played by Lee Ji Ah) shocked both viewers and Joo Dan Te by dramatically sneaking into his penthouse apartment.

After seeing her face, Joo Dan Te exclaimed in surprise, “Shim Soo Ryeon?” But instead of answering his question, the mystery woman boldly walked up to him and kissed him before asking with a smirk, “Have you been doing well? It’s been a long time, Joo Dan Te.”

Although the character looked just like Shim Soo Ryeon, she sported a short haircut and exuded an entirely different vibe—from her smoky makeup to her all-leather outfit—fueling all sorts of theories and speculation about her identity.

The drama’s producers teased, “As ‘The Penthouse 2′ passes its midpoint, the story will face a new turning point due to the truths that are slowly beginning to be revealed and the arrival of an unexpected character.”

They went on to add, “To see the results of the characters’ twisted ambition, please stay tuned up until the very end.”

In the meantime, catch up on the first half of “The Penthouse 2” with subtitles below!