Former allies have turned into enemies on OCN’s “Times”!

“Times” is a time-warp drama about two people living in different times who are connected through a mysterious phone call. Lee Joo Young stars as Seo Jung In, the daughter of President Seo Gi Tae (Kim Young Chul) in 2020, and Lee Seo Jin stars as Lee Jin Woo, a reporter living in 2015. Seo Jung In commissions Lee Jin Woo to prevent the death of her father, but their interference in the timeline causes unforeseen consequences.

After Lee Jin Woo suspected Seo Gi Tae of being behind the death of his younger brother, Lee Geun Woo (Ha Jun), his partnership with Seo Jung In began to collapse. Lee Jin Woo learned that his brother had died because of the evidence he had collected of JC Communications’ illegal slush fund, including a voice recording of Seo Gi Tae threatening Lee Geun Woo and an entry in the anonymous slush fund ledger reading “K,” which might be referring to Seo Gi Tae.

In his anger, Lee Jin Woo aimed a gun at Seo Gi Tae’s head and Seo Jung In had to desperately persuade him to stop in order to save both her father and her time-warp partner. She convinced him that Kim Young Joo (Moon Jung Hee), who had tried to have Seo Gi Tae assassinated, as well as Baek Kyu Min (Song Young Chang) and Nam Sung Bum (Yoo Sung Joo) were all implicated in the illegal slush fund ledger and were also strong suspects in Lee Geun Woo’s death. Lee Jin Woo put down his gun and decided to pursue another avenue of revenge. In a twist ending, he appeared before Seo Jung In in 2020 as a strong presidential candidate in the election.

The new stills highlight the tension between Lee Jin Woo and Seo Jung In, who have met in person for the first time but in less-than-ideal circumstances. Seo Jung In sought out Lee Jin Woo at his campaign office to learn the truth about what had happened in the five years between their phone call and now, but Lee Jin Woo hands her a mysterious ledger in response. Although Seo Jung In is disbelieving of whatever she finds in there, he responds with a cold and unsympathetic look. 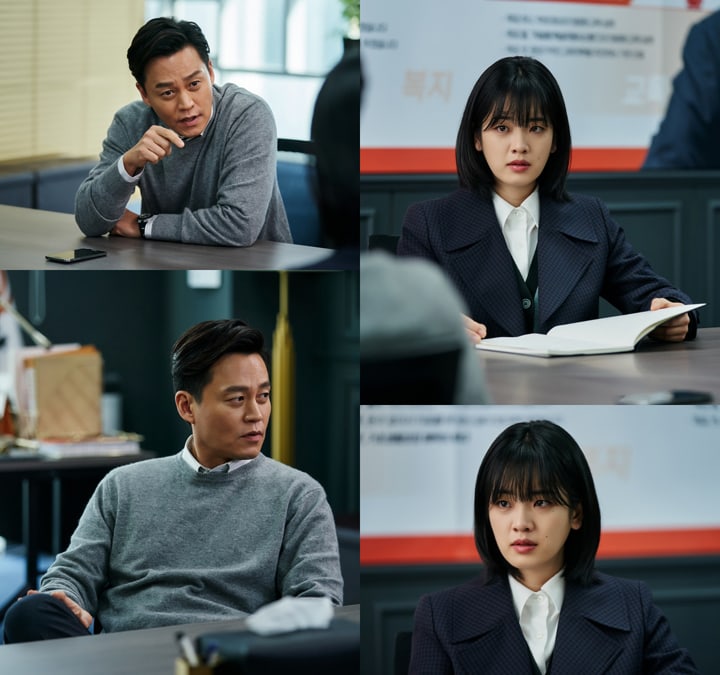 In the stills, Kim Young Joo kneels before Seo Gi Tae in his office. She had been his closest confidante, but when Seo Gi Tae learned that she had been colluding with his opponent, Baek Kyu Min, and had tried to have him assassinated multiple times, he became furious with her. Now he holds her entire political future in his hands.

The production staff stated, “The relationships of all the cast have changed 180 degrees. From March 13, the political mystery will start in earnest. Please look forward to the fierce battle between politicians who are fighting for the right to power.” 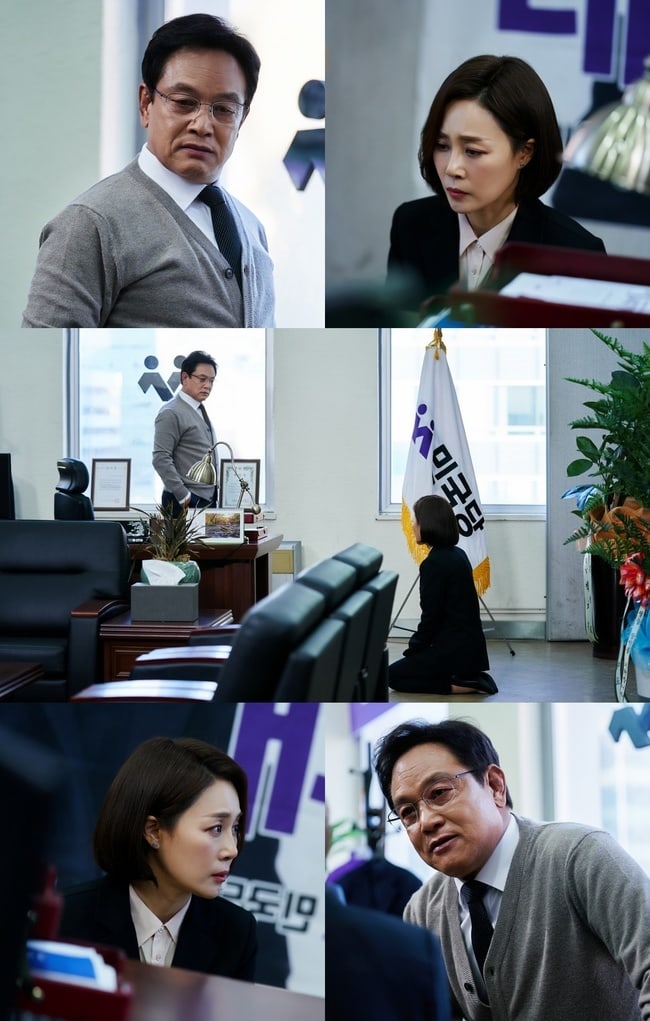