ITZY has released their special fan song “Trust Me (MIDZY)”!

Check out the lyric video below:

ITZY appears to be releasing a special song for fans!

On March 14 at midnight KST, ITZY dropped a poster with a track list for “MIDZY.” MIDZY is ITZY’s official fan club name, and the poster announces that ITZY will be releasing two songs under that name (Korean and English versions) on March 20 at 6 p.m. KST.

This appears to be in commemoration of ITZY’s upcoming event “First FAN PARTY LIVE with Global MIDZY,” which will take place for official MIDZY members on March 20 at 4 p.m. KST.

Back in October, ITZY showed their love for fans by releasing the music video for “Be In Love,” featuring fan art and appearances from fans. 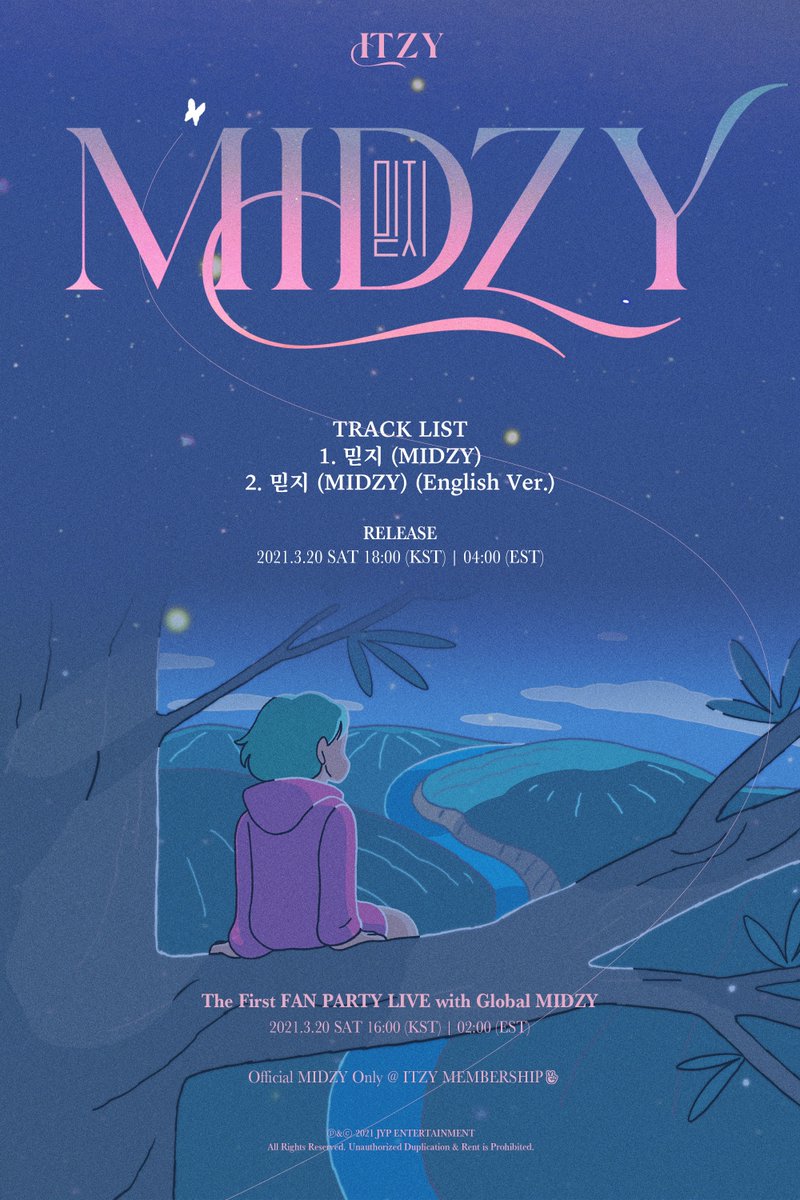