In the previous episode, Vincenzo and Jeon Yeo Bin teamed up to win the case by targeting their enemies. After gaining control over the executive board members of Babel Pharmaceuticals, who had tried to frame the victims for the incident, Vincenzo submitted the conclusive evidence he had obtained. Hong Cha Young then brought forward Kim Yeo Won (Yoo Yeon) as a witness and upended the court when she proved that the opposing witness, Kim Yeo Won’s husband Gil Jong Moon (Hong Seo Joon), had committed perjury.

Meanwhile, Geumga Plaza once again became in danger of being demolished. Although Vincenzo sought to come up with a new plan, the enraged tenants took matters into their own hands, exciting viewers with plenty of surprising and comedic moments.

New stills show an interesting turn of events for Vincenzo, who sits dashingly atop a white horse. In the following stills, he meets the mysterious young man Hwang Min Sung (Kim Sung Cheol) for the first time. When Vincenzo leans in to fix his collar, Hwang Min Sung’s face twists in surprise as he looks down abashedly. 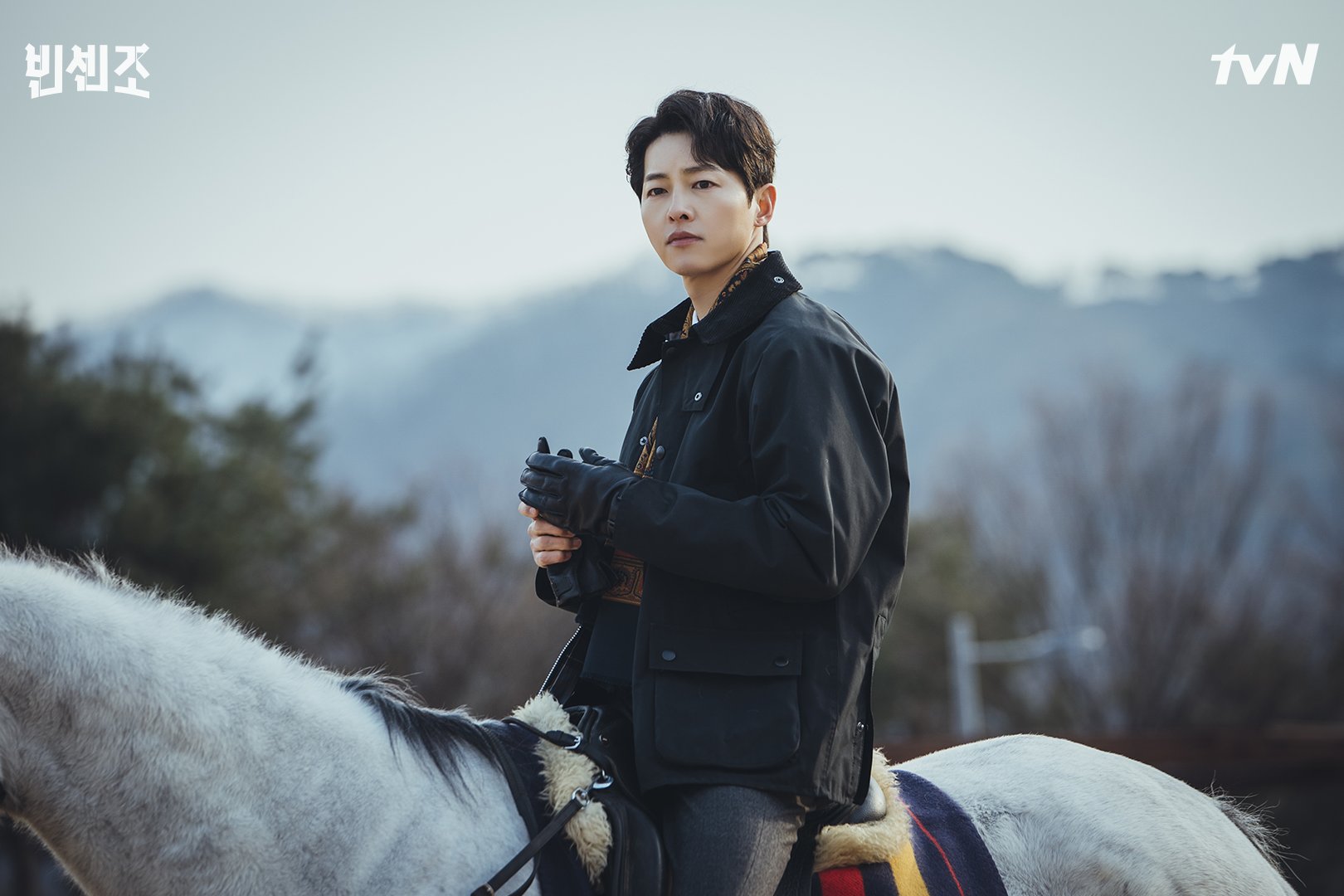 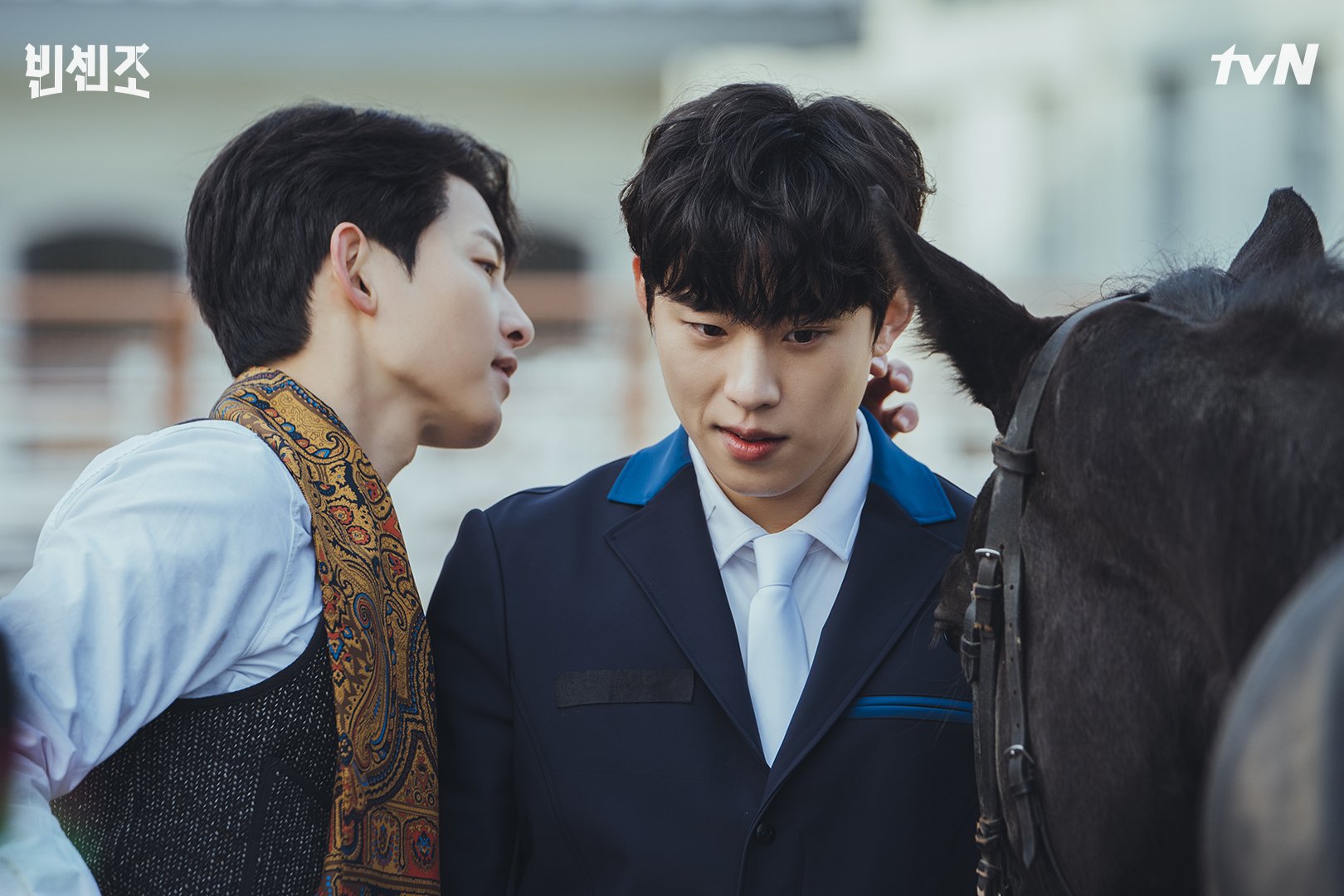 Known for wearing perfectly fitted and cleanly pressed suits, Vincenzo’s more casual appearance also sparks questions. Sitting across from Hwang Min Sung, he smiles warmly while sporting a knitted beanie and blue sweater. Hwang Min Sung appears to have warmed up to him, leaning in with a bright smile as he engages Vincenzo in conversation. It remains to be seen how their budding friendship will affect his plan to exterminate villains. 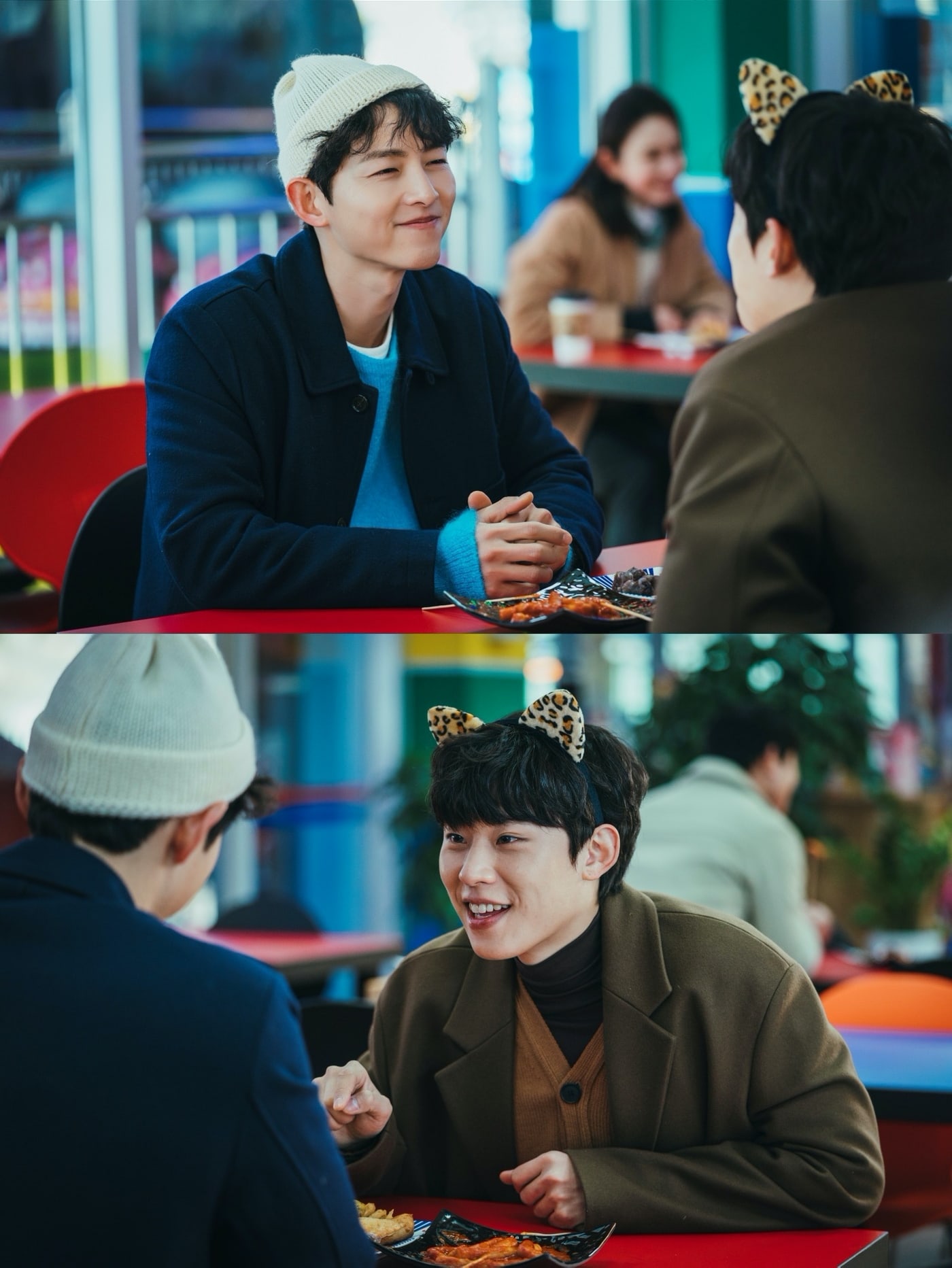 And check out Kim Sung Cheol in “Do You Like Brahms?” below: