In the first episode, Lee Chul Soo (Yoon Joo Sang) received a notice for divorce from his wife, prompting a war between him and his three daughters, who wanted him to settle with their mother and get a divorce. Unable to persuade his daughters otherwise, Lee Chul Soo grew despondent. The first episode came to a dramatic end as he took medicine and collapsed, leading Lee Gwang Sik to call Lee Gwang Nam and tearfully exclaim, “Our father passed away.”

In new stills from the upcoming second episode, the three sisters are seen at a funeral, throwing themselves onto the casket in desperation. 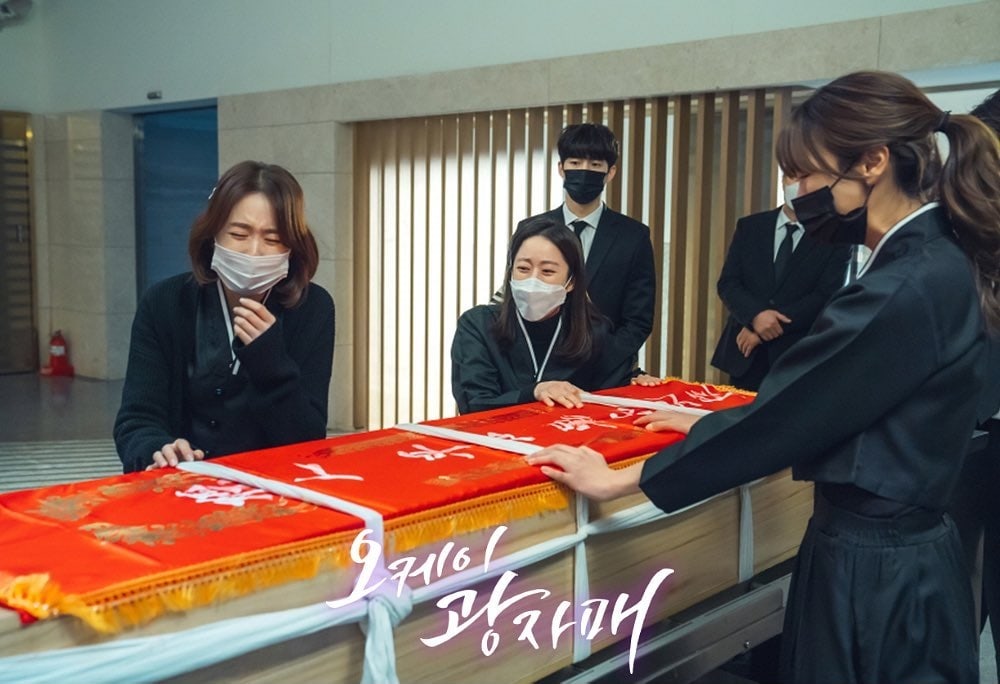 The oldest sister, Lee Gwang Nam, clasps her hands together while her face crumples in sadness. The middle sister Lee Gwang Sik looks on with empty eyes, while the grief of the youngest sister Lee Gwang Tae is evident in her reddened and tear-streaked face. 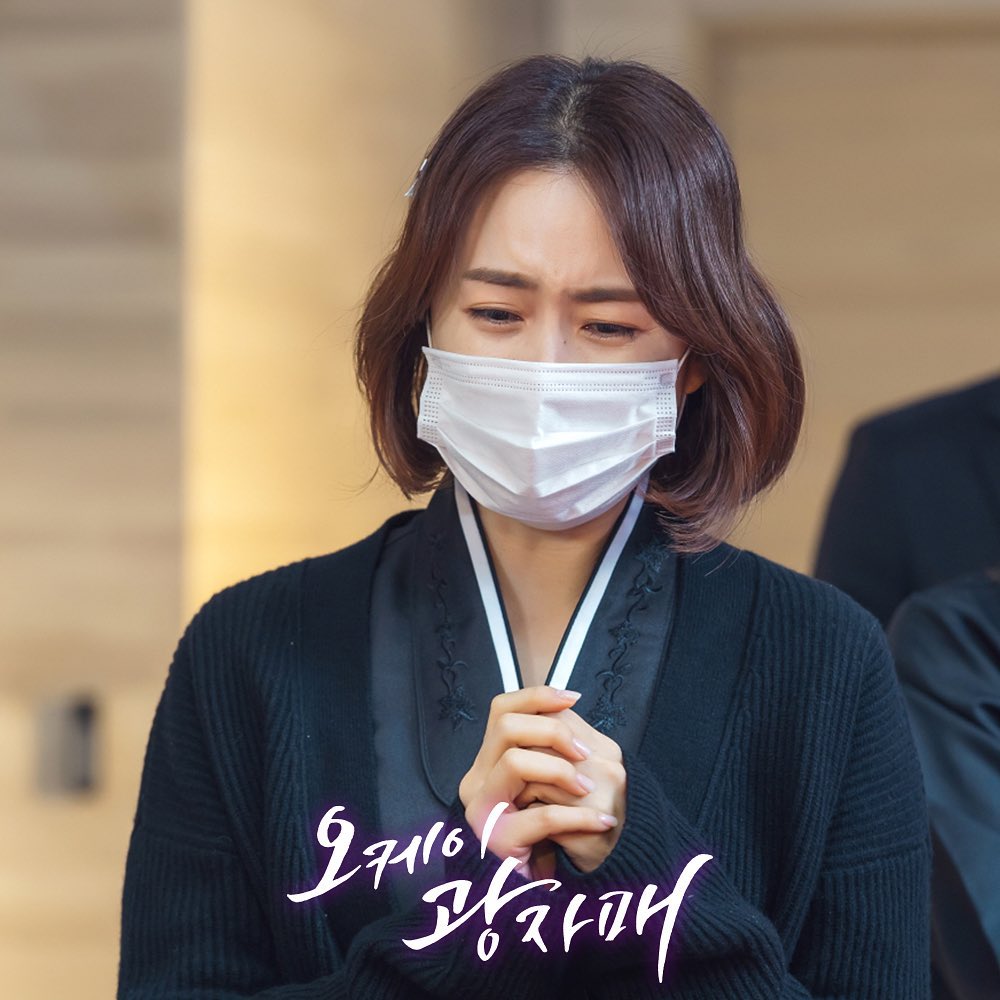 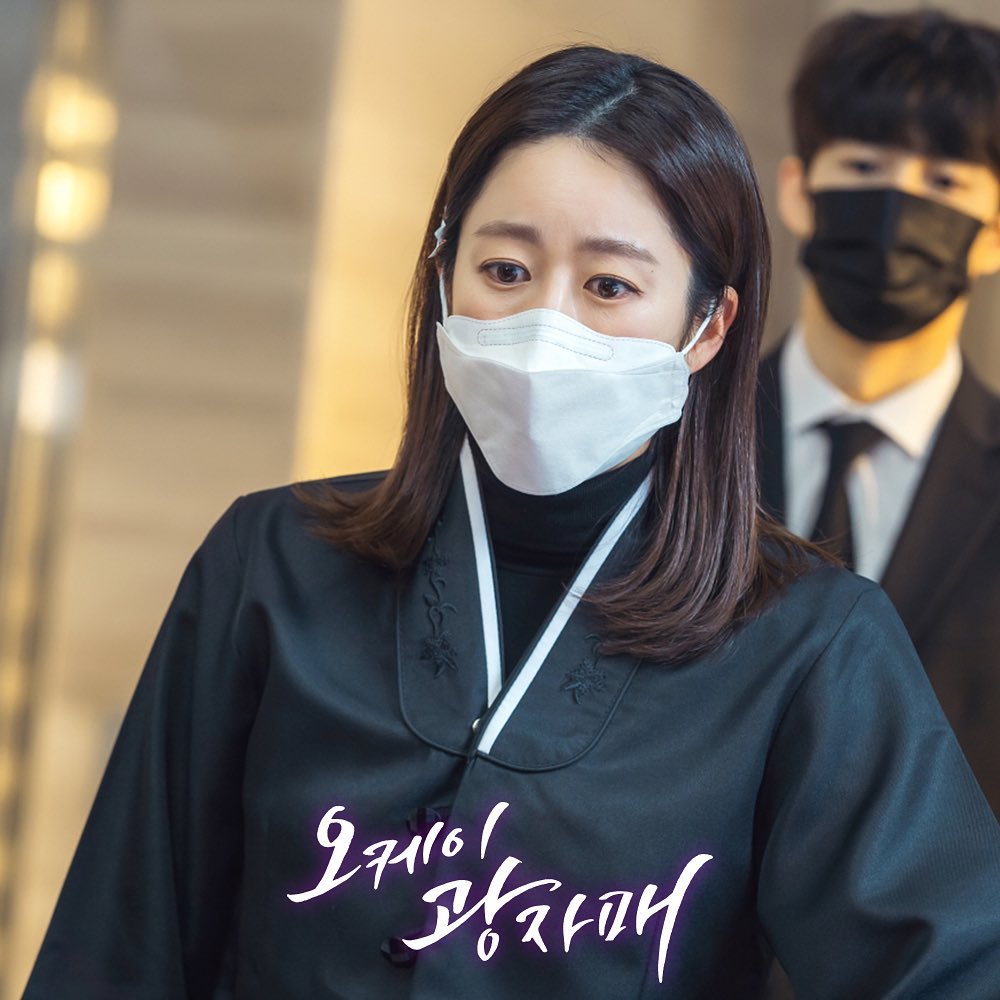 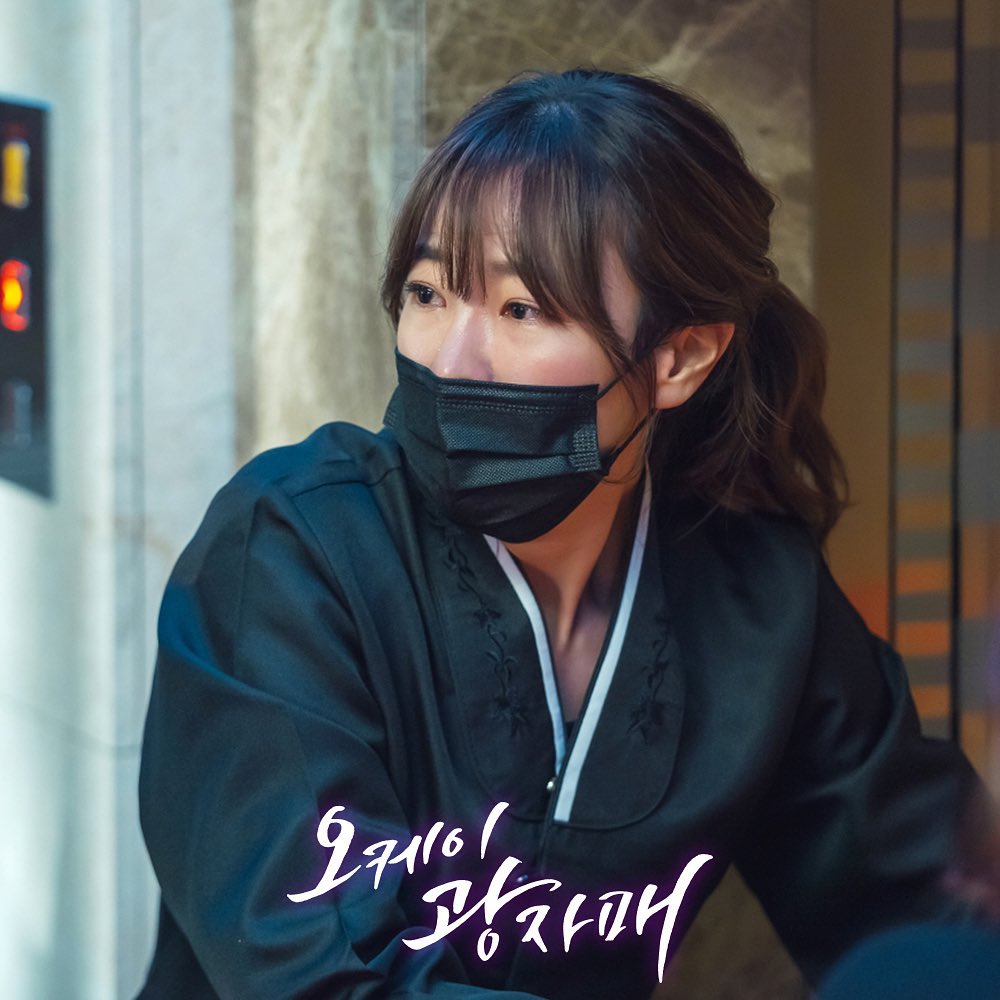 The funeral scene was filmed in February, and the three actors were said to have grown quiet in order to prepare for the emotions required of them for the scene. Right on cue, they unleashed the grief buried deep inside of them, creating a somber atmosphere on set with their heavy tears.

The drama’s producers commented, “Hong Eun Hee, Jeon Hye Bin, and Go Won Hee made the set ring with the sound of their cries and wails. To find out the story behind why the three daughters suddenly held a funeral fraught with sorrow, tune in to the second episode.”