IZ*ONE has successfully wrapped up their final concert!

On March 13 and 14, IZ*ONE held their online concert “ONE, THE STORY.” This was their first concert in six months since their “ONEIRIC THEATER” concert in September. The concert featured the theme of seven different chapters in which IZ*ONE’s performances unfolded. 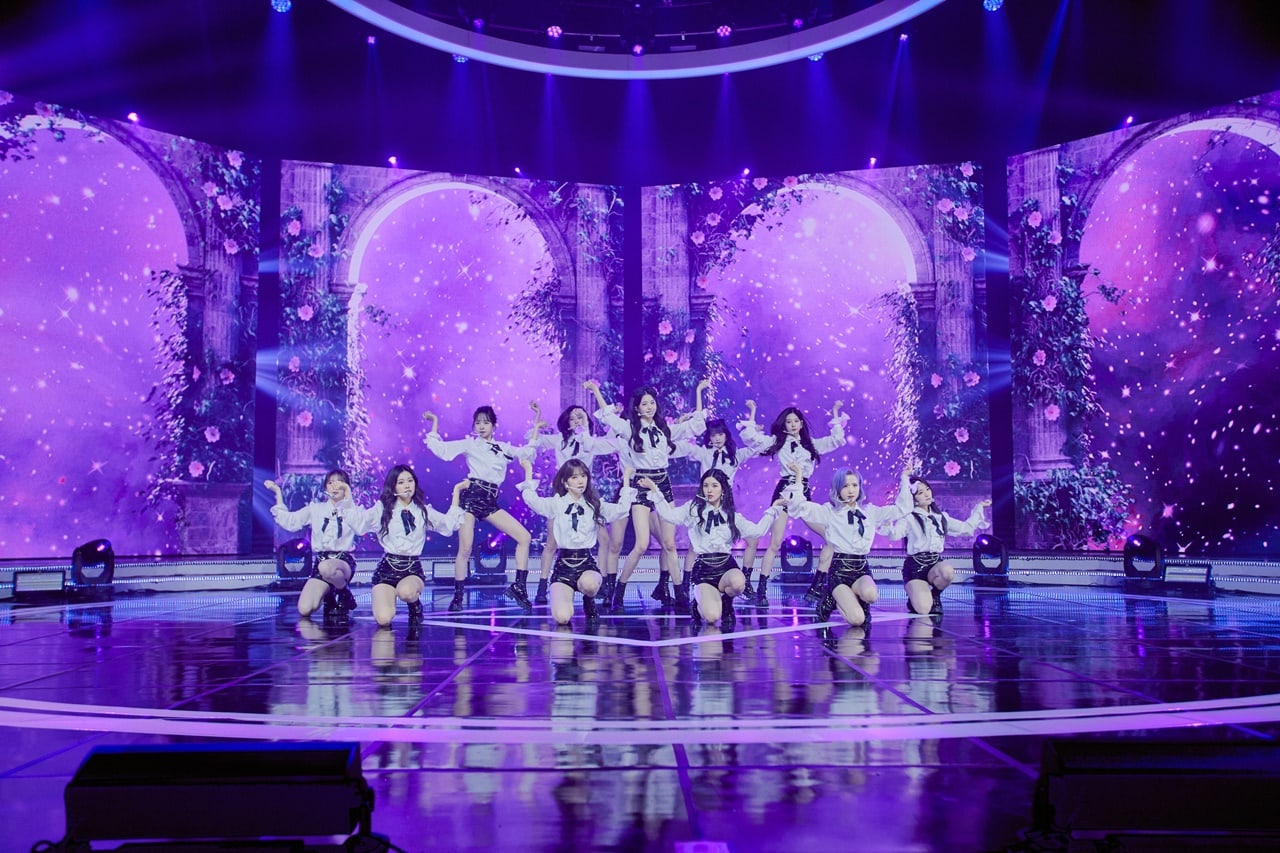 Opening the stage with “La Vie en Rose” and “Mise-en-Scène,” the IZ*ONE members shared, “Although we can’t be in one location together due to unfortunate circumstances, we feel reassured and gain strength at the thought of WIZ*ONE [IZ*ONE’s official fan club name] from all over the world supporting us. We’ll work even harder while thinking that we’re together with WIZ*ONE from all over the world.” 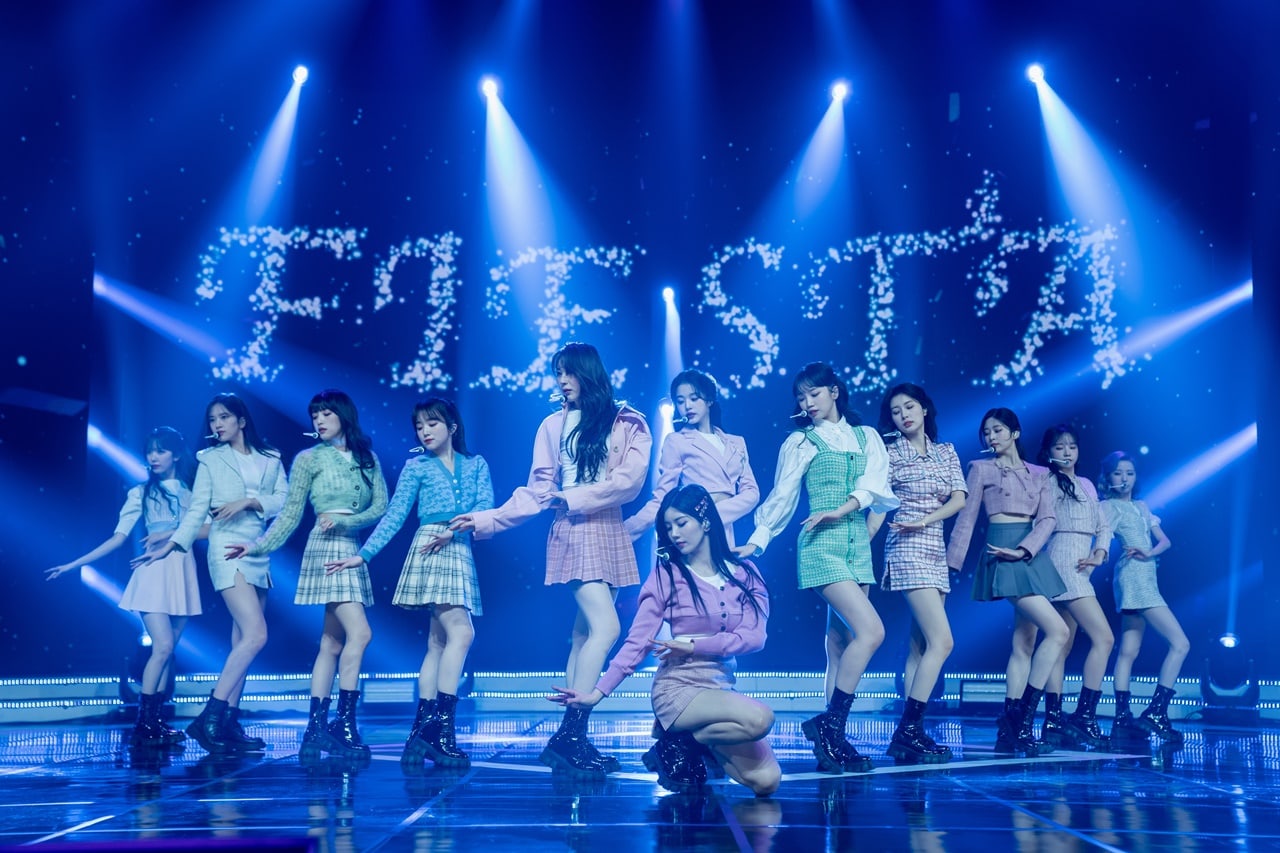 IZ*ONE proceeded to perform their hit title tracks and b-sides such as “BEAUTIFUL COLOR,” “O’ My!,” “Sunflower (Hey. Bae. Like it.),” “Highlight,” “Violeta,” “FIESTA,” “Rococo,” “Merry-Go-Round,” “Secret Story of the Swan,” “Panorama,” and “Sequence.” They also rearranged songs such as “OPEN YOUR EYES,” “Up,” “Airplane,” “Island,” “Pretty,” and “O Sole Mio” with beautiful acoustic melodies. 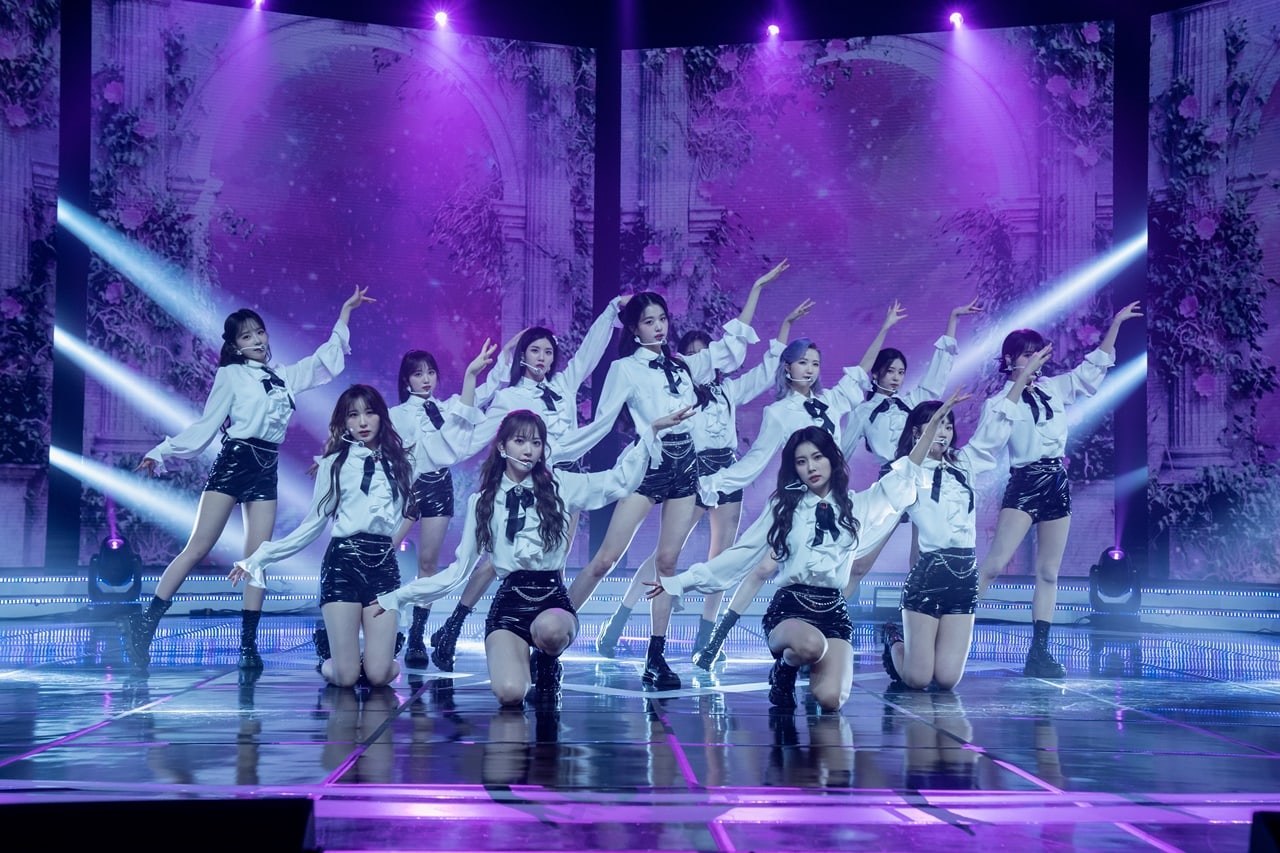 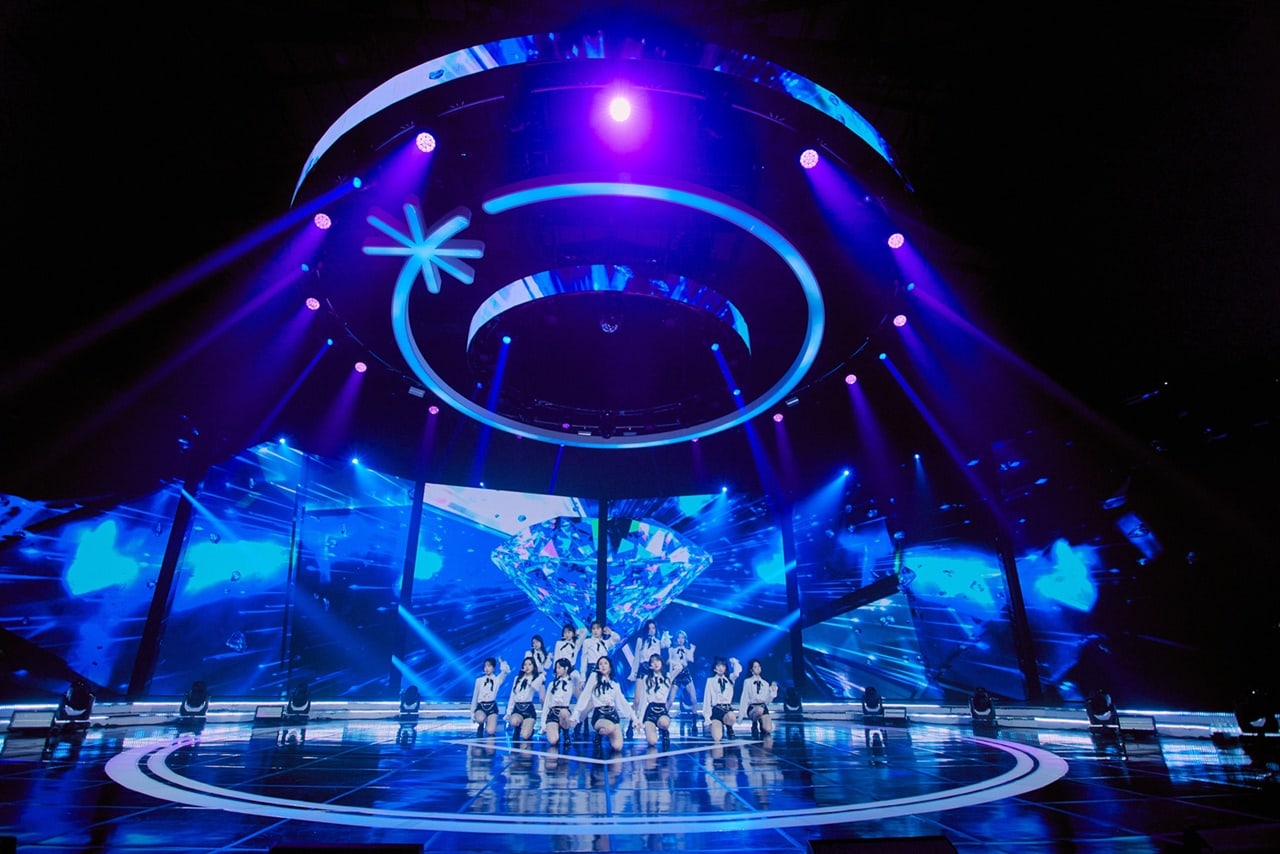 IZ*ONE also revealed a first look at their unreleased songs “Lesson” and “Parallel Universe.” “Lesson” is a song about continuing onwards while looking back on the days of running towards one’s dreams. Choi Ye Na participated in writing the lyrics for the song. Written and composed by Kwon Eun Bi, “Parallel Universe” is about how WIZ*ONE and IZ*ONE’s time together are permanent memories that exist somewhere like a parallel universe, and it contains the message that they’ll always look upon each other with the same feelings. 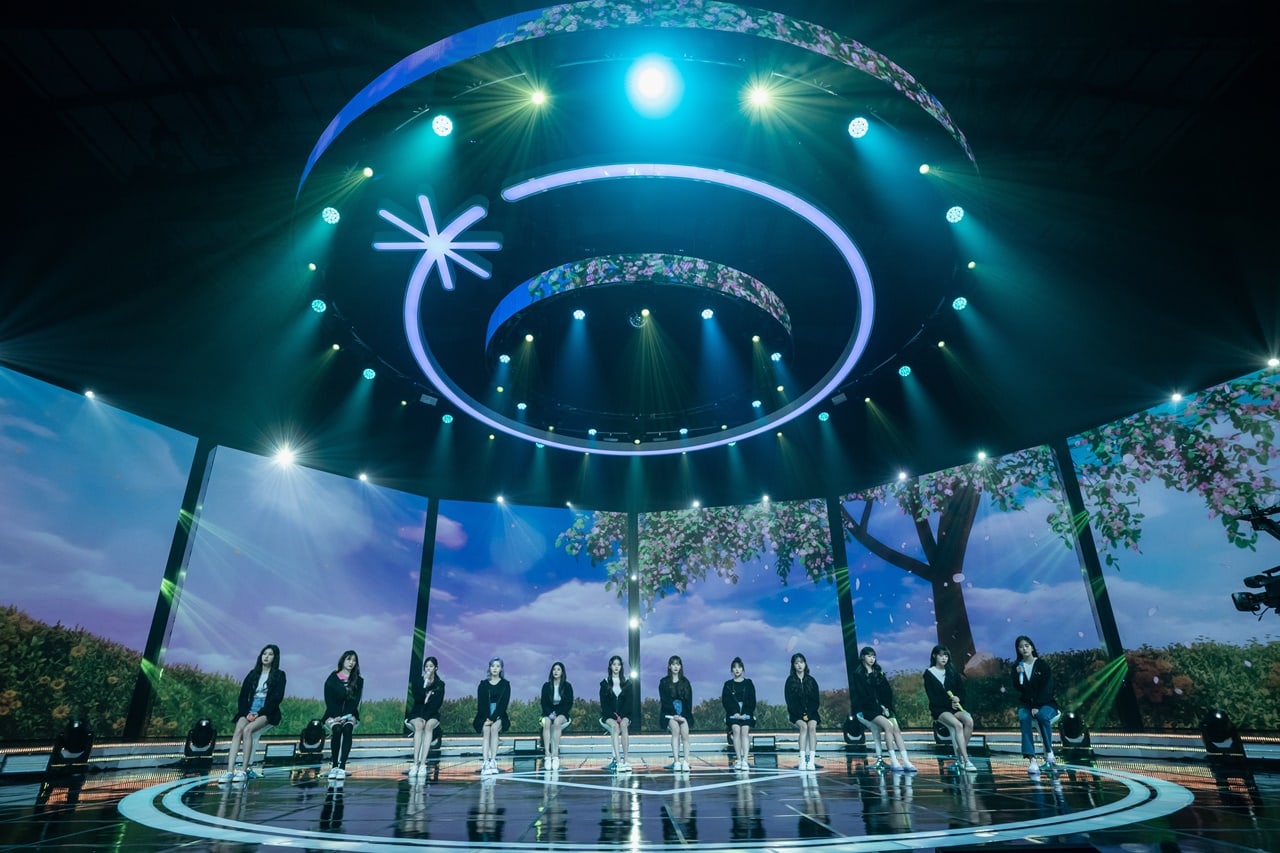 Furthermore, the group showcased their growth as artists by performing songs that the members participated in creating such as “SPACESHIP,” “DREAMLIKE,” “Really Like You,” “With*One,” and “Slow Journey.”

IZ*ONE also showcased surprise video letters towards each other. While expressing their gratitude towards fans who continued to love and support them during the two and a half years, the members couldn’t hold back their tears. They shared, “We were able to endure well and stand up again every time we were exhausted and struggling because the members and WIZ*ONE were there. Please always reliably be on our side, and thank you for making us unforgettable memories. We were happy each and every day thanks to WIZ*ONE.” 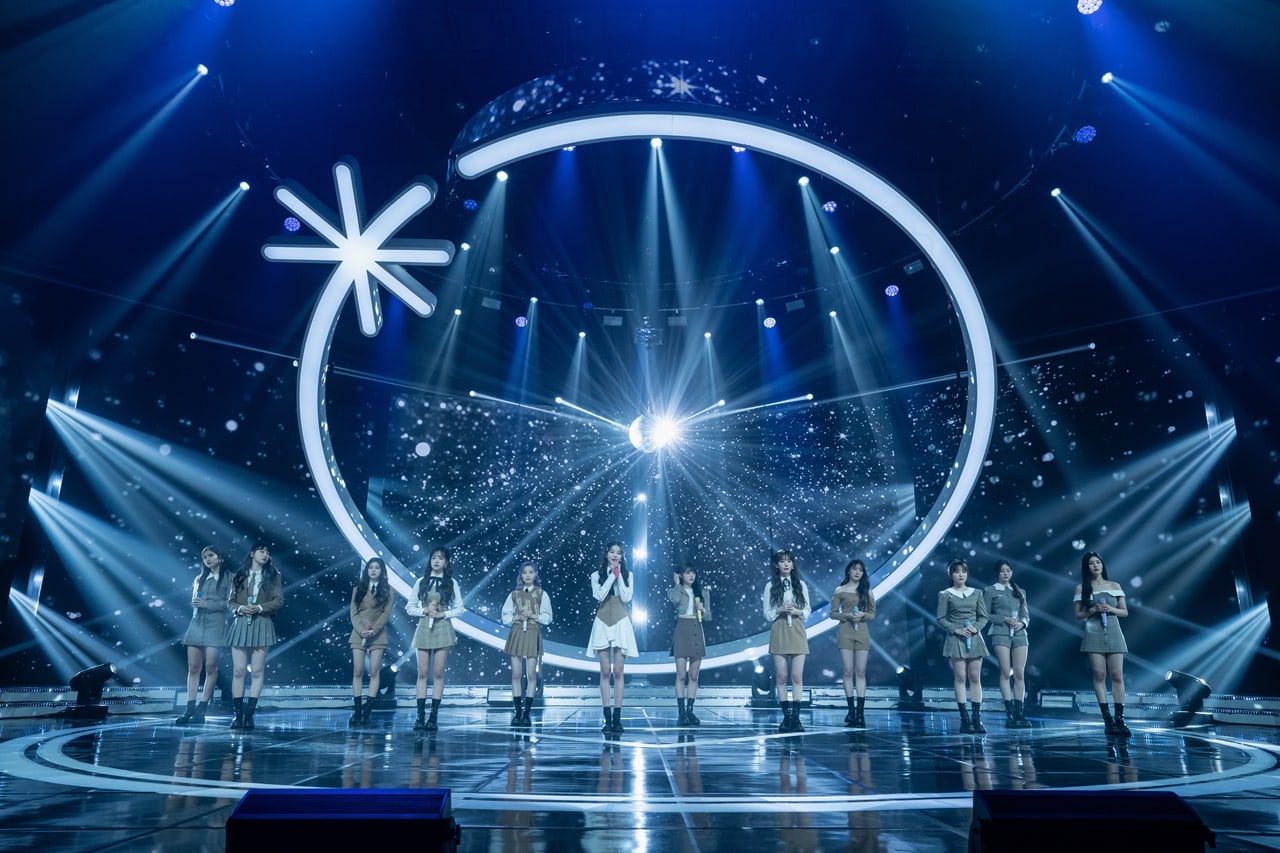 IZ*ONE was formed as a project group through Mnet’s idol survival show “Produce 48.” The group debuted in October 2018 as a temporary group that would promote for two and a half years, and it was officially confirmed on March 10 that IZ*ONE will disband in April.