Lee Je Hoon will play Kim Do Gi, a former special forces officer who works as a driver for the mysterious taxi service named Rainbow Transportation. Kim Do Gi will be another addition to the list of unique and refreshing SBS heroes, which includes Kim Hae Il (played by Kim Nam Gil) from “The Fiery Priest” and Yoon Hee Jae (Joo Ji Hoon) from “Hyena.”

In the newly released stills, Lee Je Hoon effortlessly transforms into Kim Do Gi, a dark hero who pursues justice in unique ways. He will go after villains and punish them in ways that the law cannot. The charismatic character has great fighting and driving skills and doesn’t lose even when he’s against multiple opponents. He will also use his camouflage technique in order to hunt down his targets. 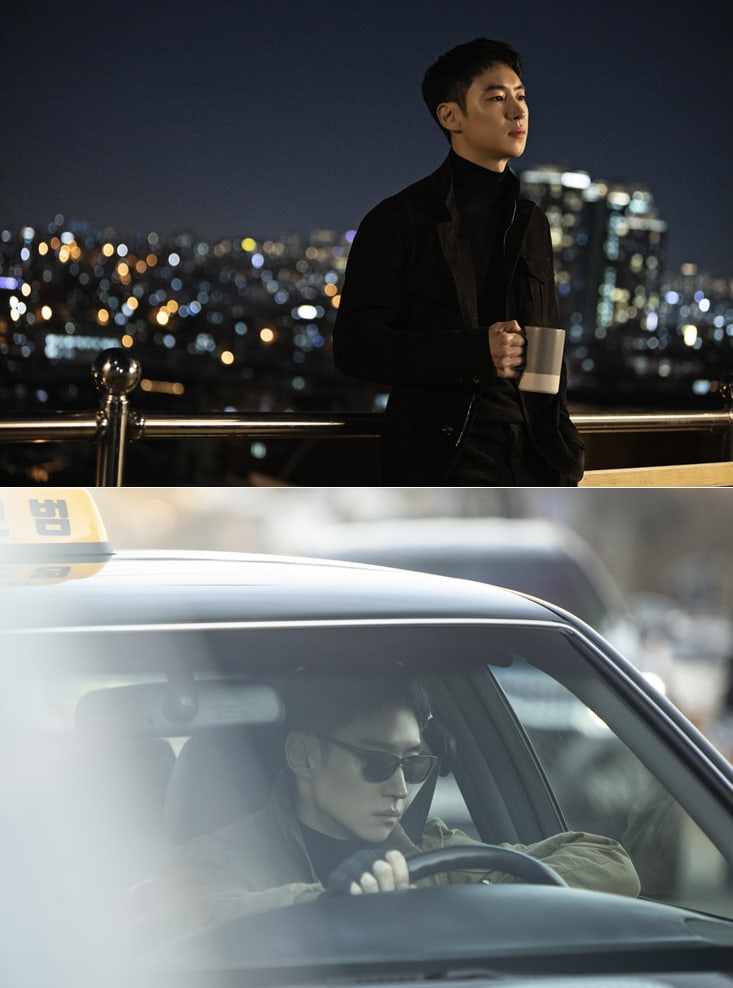 “Taxi Driver” premieres on April 9. Watch a teaser for the drama here!