KBS has released the photos from the script reading of its upcoming drama “Imitation”! 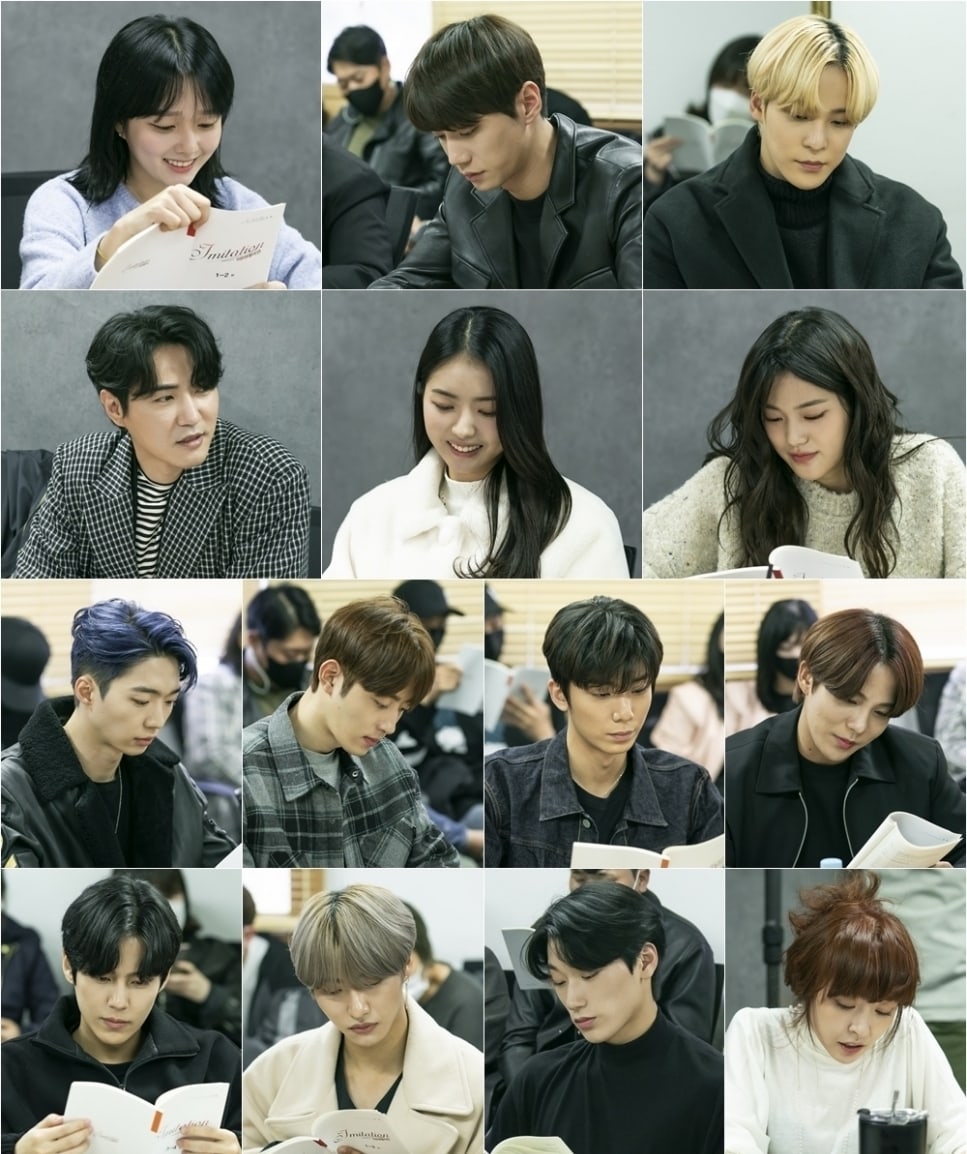 Jung Ji So showed off her character Lee Ma Ha’s positive and optimistic energy as the “center” of the girl group Tea Party. She also showed good chemistry with Lim Nayoung, who plays Shim Hyun Ji, and Minseo, who plays Yoo Ri Ah, the other members of Tea Party.

Lee Jun Young plays Kwon Ryoc, the center of the top idol group SHAX. He made the others laugh by bringing to life the contrast between his character’s cool and charismatic charms on stage to his klutzy side in real life. He also matched up well with the actors playing the other SHAX members: Yuri (who plays Do Jin), Ahn Jung Hoon (who plays Jae Woo), Hwiyoung (who plays Lee Hyun), and Jongho (who plays Hyuk).

Despite this being his first acting role, Yunho showed great passion and synchronization with his character, Yoo Jin. Yoo Jin is the center of the group Sparkling, and hides an inner strength under his warm and gentle exterior. Suwoong, San, and Seonghwa also synced up with him as fellow members of Sparkling.

Danny Ahn plays Ji Hak, the CEO of Tea Party’s agency, and showed great chemistry not only with the Tea Party members but also Shim Eun Jin, who plays an entertainment reporter known as “Reporter Byun.”

The production staff stated, “From Jung Ji So, Lee Jun Young, Yunho, to the rest of the lead cast, we could feel their chemistry and synergy starting to rise. After the first script reading, we felt sure that the rest of filming would be fun and enjoyable work. We’re working hard at filming now in order to bring viewers heart-fluttering excitement and refreshing laughter this spring. Please look forward to ‘Imitation’!”

Earlier this week, KBS confirmed that “Imitation” would be premiering on May 7.