“Turn: The Street” is a story about youths who are lost wandering between their dreams and reality. The young adults come together for the one goal of dancing, and they mature as they experience love and friendship. Seunghun will be making his big screen debut as the genius dancer Seung Hun, who does his best at everything whether it’s dance or love. The film also stars talented idols and actors Hong Eun Ki, Choi Yeon Chung, Lee Yoo Jin, Oh Myung Gyo, Kwon Hyuk Jin, and more.

In the newly released main teaser, Seung Hun showcases a powerful performance as he gathers together a crew to compete at a dance competition. He and his crew yell, “We can do it!” as they run towards their dream together. However, as Seung Hun coincidentally falls for a trainee named Jin (Choi Yeon Chung) from the same agency, he temporarily hesitates on his path towards his dream. As he struggles with his feelings, Seung Hun also faces conflict with his close friend and fellow trainee Jong Yoon (Hong Eun Ki). Using his actual experience as a trainee, Seunghun will showcase realistic acting as he portrays a young man heading towards his dream while facing the struggles of an uncertain future.

Furthermore, the new character posters feature the three main leads expressing their sincere emotions. Seung Hun, who strays after leaving his agency, appears to be looking towards a brighter future as he makes the dance competition of his dreams his new goal. The quote on his poster reads, “Dance is the freedom of the soul.” Although love, friendship, and his dreams don’t always work out the way Seung Hun wants them to, he gets back up and is ready to run towards his dream again with the help of Jong Yoon’s advice. 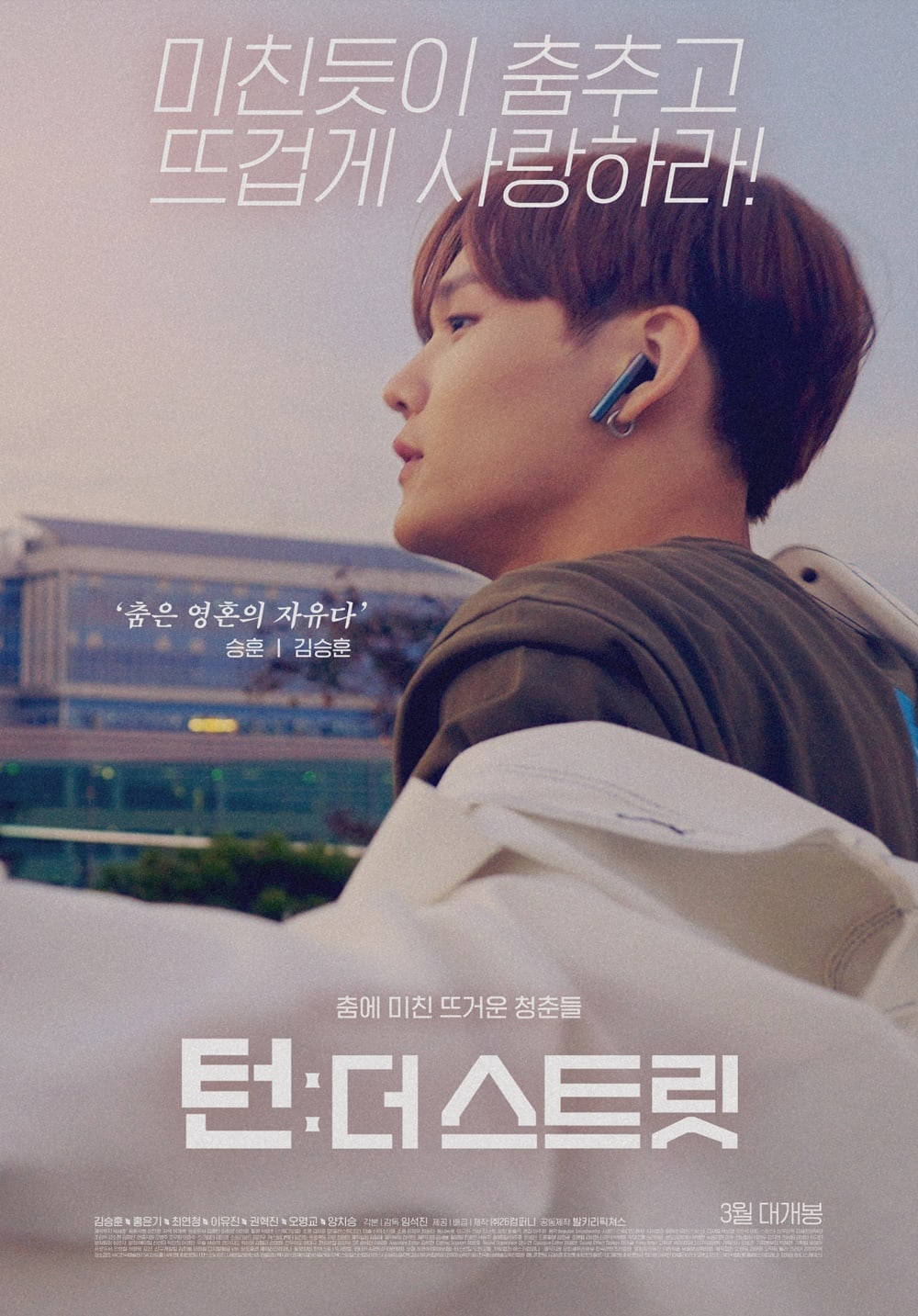 Choi Yeon Chung plays Jin, who looks tired from the endless dance practice as her debut draws near. The quote on her poster reads, “You look like you’re really alive when I see you dancing.” 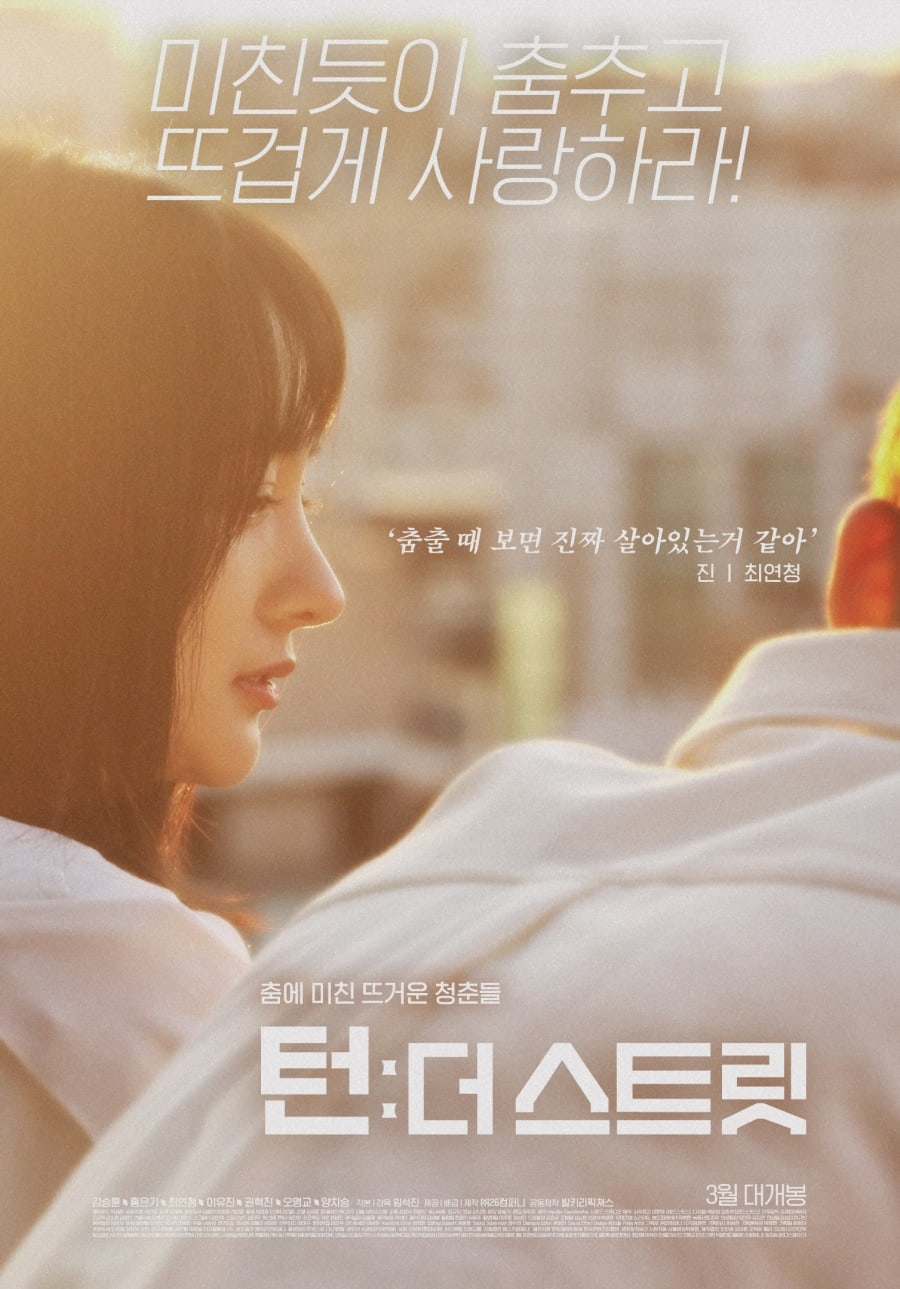 Jong Yoon, who left the agency with Seung Hun due to Seung Hun’s mistake, represents the feelings of all youths chasing after their dreams. His quote reads, “I put my life on the line for this.” Hong Eun Ki, who showcased his diverse skills on Mnet’s “Produce 101 Season 2,” will portray great chemistry with Seung Hun as he plays his character Jong Yoon. 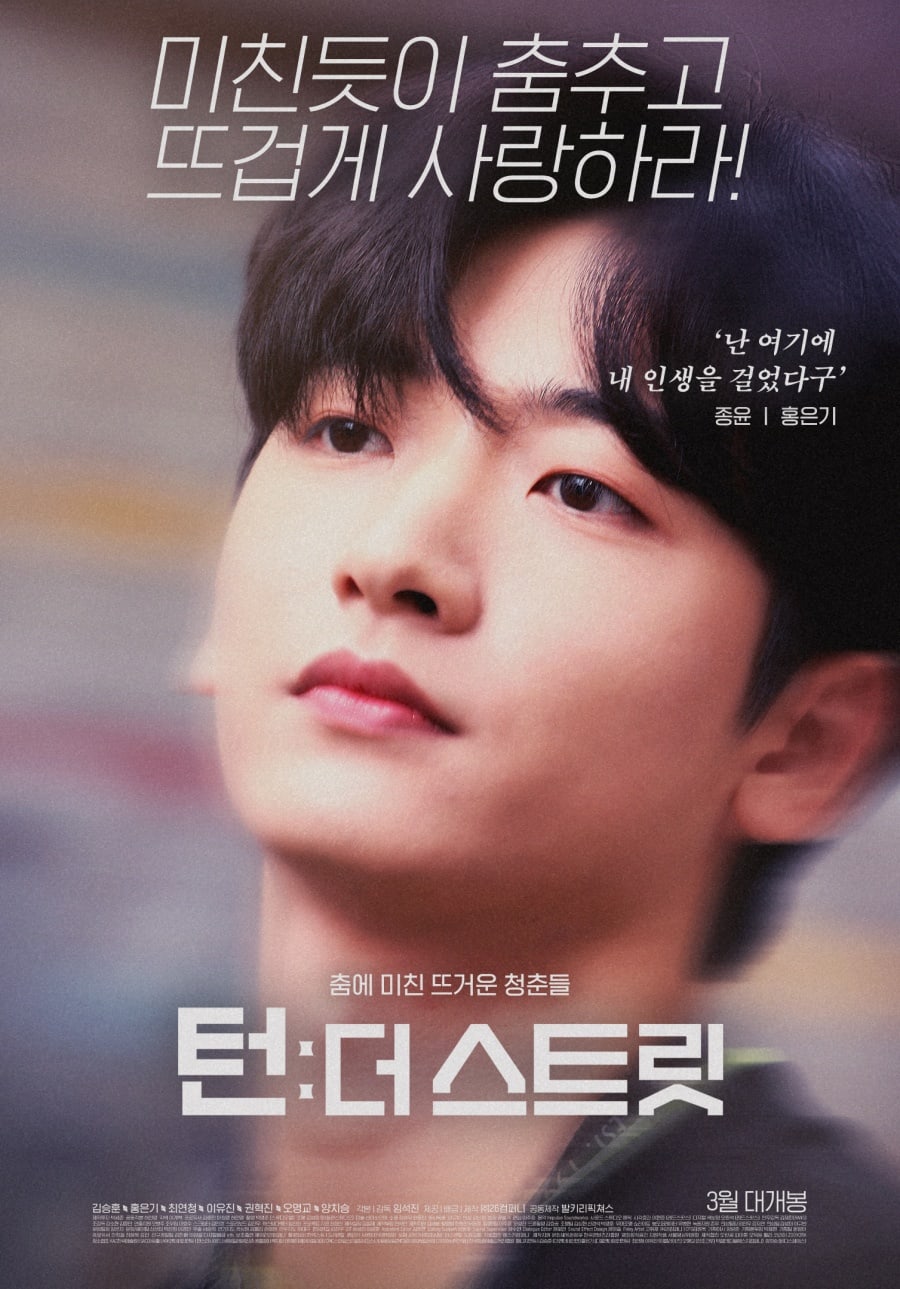 Finally, the main poster conveys hope with the powerful text, “Dance like crazy and love passionately!” 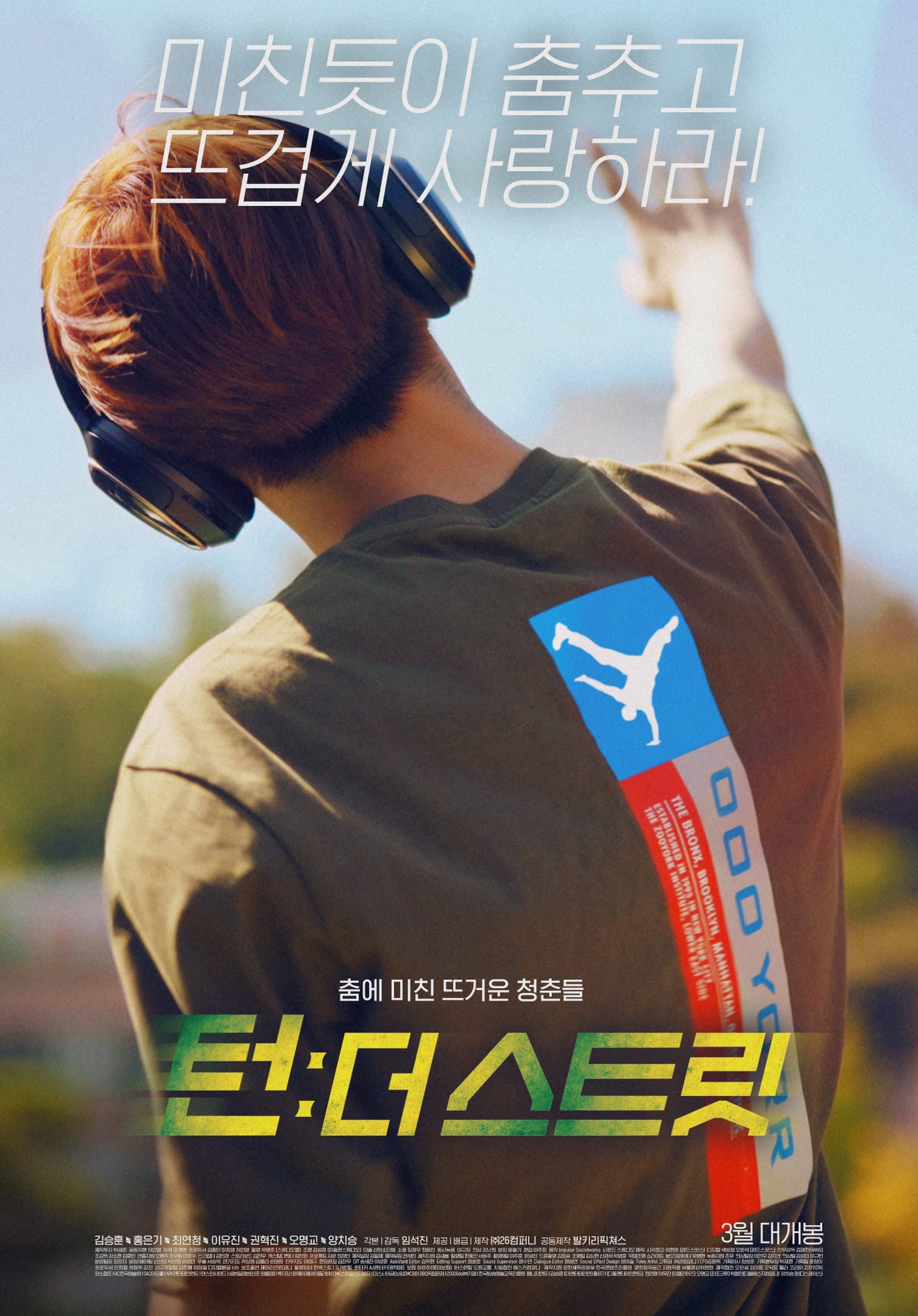 “Turn: The Street” premieres on March 31. Watch the full trailer with English subtitles below!