The program is a Wednesday-Thursday drama about a real estate agent (Jang Nara) and a con man (CNBLUE’s Jung Yong Hwa) who team up to exorcise ghosts and evil auras from properties where people have died. It is penned by Ha Soo Jin, Lee Young Hwa, and Jung Yeon Seo, and directed by Park Jin Suk, who worked on “School 2017,” “Naked Fireman,” and “The Tale of the Bookworm.”

Jang Nara takes on the role of Hong Ji Ah, the boss of Daebak Real Estate and an exorcist. With her beauty and brains, she appears to be perfect on the outside, but she is a hot-tempered person who inherited her exorcism abilities from her mother. Jang Nara, who has already proven her acting skills with numerous projects over the years, will once again impress as she leads the drama with her detailed acting.

In the new set of stills, Hong Ji Ah prepares to carry out an exorcism by lighting incense. In sharp contrast to her pale face, she wears a monotone black suit with a binyeo (Korean traditional ornamental hairpin) in her hair bun. The addition of the smoke from the incense completes the perfect exorcism setup. As Hong Ji Ah releases a dark aura with her cold expression in the uninhabited blue-lit room, viewers are curious to learn more about her character and her background as she encounters various ghosts. 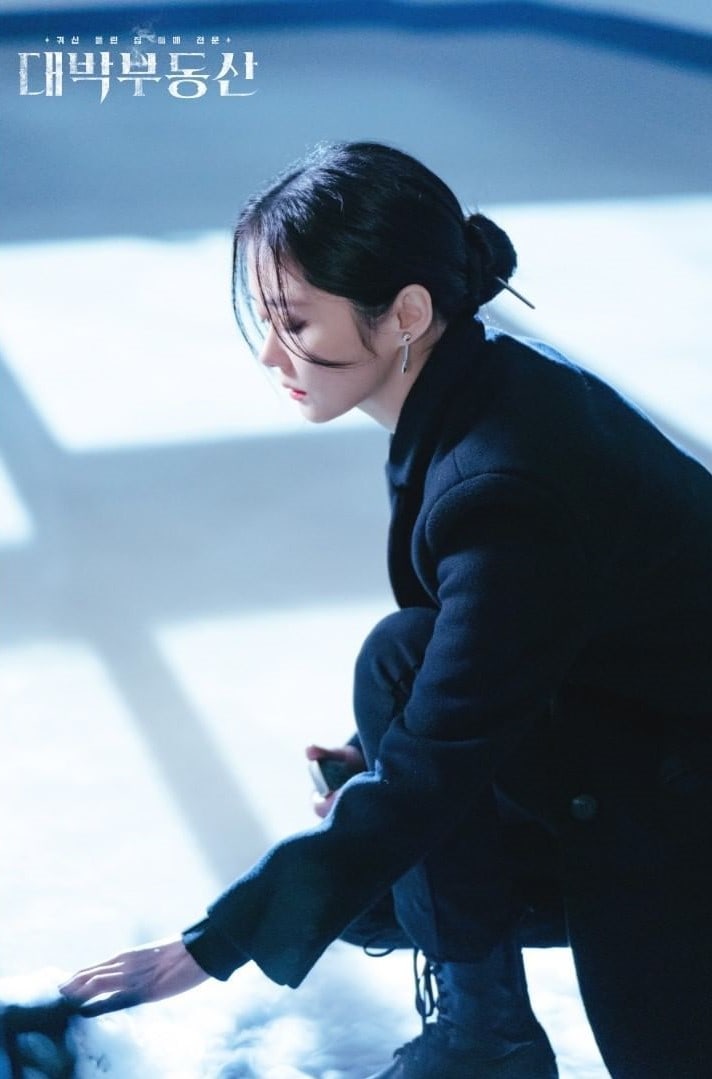 After wrapping up her first filming, Jang Nara shared, “I met ‘Daebak Real Estate’ when I was feeling eager to show a new side of me, so I chose it as soon as I saw it.” She continued, “I think a new challenge always comes with both burden and excitement at the same time. It is a role that takes up a lot of energy, but I’m filming enjoyably every day due to the consideration and help from the other actors and staff. I’m counting the days until I can greet everyone as Hong Ji Ah.” 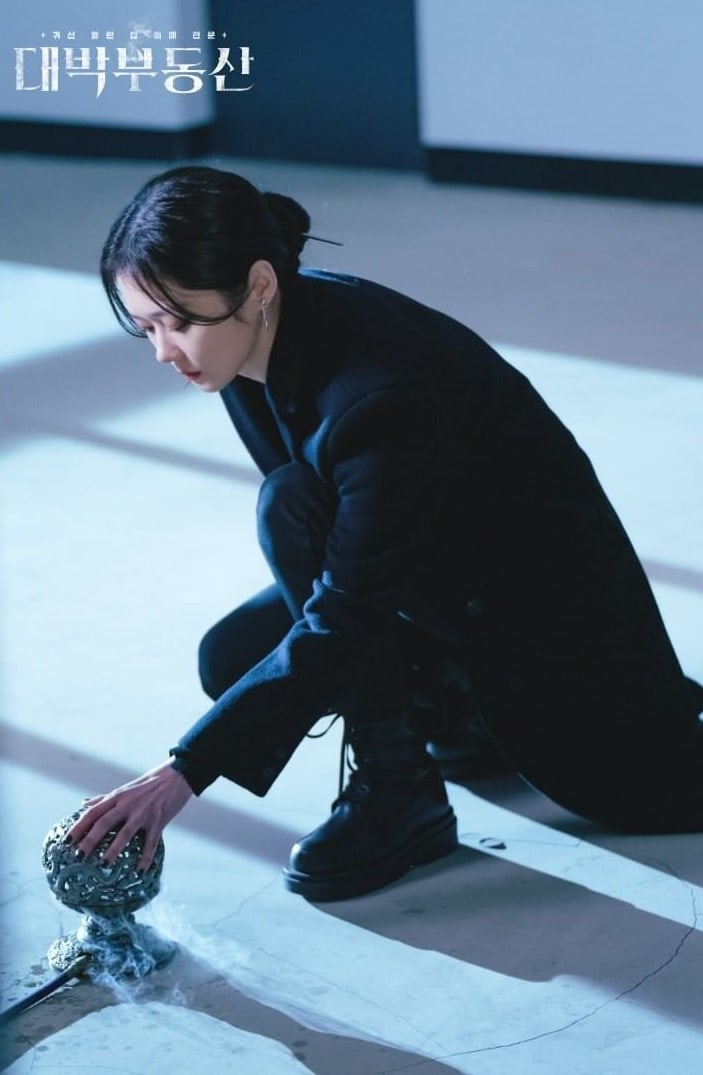 The production team shared that they felt deeply reassured when Jang Nara was cast for the role of Hong Ji Ah, who has both a pure soul and strong personality. They elaborated, “With meticulousness that dives deep inside Hong Ji Ah and focus that allows her to meld with the story, Jang Nara is making an exorcist character of her own. Please show lots of interest for ‘Daebak Real Estate,’ in which Jang Nara’s passionate acting will shine.”

“Daebak Real Estate” will premiere on April 14 following the conclusion of “Hello, Me!”

In the meantime, check out Jang Nara in “Oh My Baby” below!

Jang Nara
How does this article make you feel?