Top 3 Scenes From “The Penthouse 2” With Highest Viewership Ratings

“The Penthouse 2” is the second season of the suspenseful revenge drama about ambition, greed, and women who will stop at nothing to protect their children. With its addictive storyline that keeps viewers coming back for more, the drama has been raking in commendable viewership ratings each week.

Here are the top three scenes that made record ratings so far!

Viewers were left in shock when a woman that looked exactly like Shim Soo Ryeon (Lee Ji Ah) showed up at the Penthouse and kissed Joo Dan Tae (Uhm Ki Joon), saying, “How have you been? It’s been a while, right, Joo Dan Tae?” Although Na Ae Gyo and Shim Soo Ryeon’s style and demeanor are strikingly different, their faces are identical. 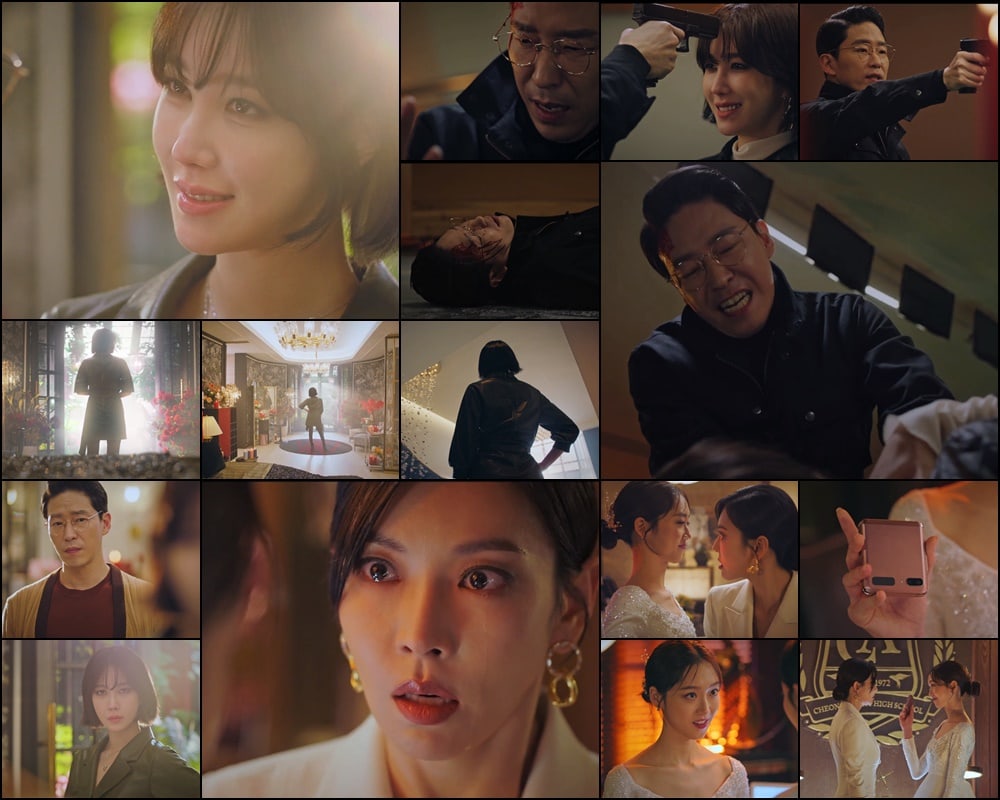 With just one bullet left in a game of shooting, Joo Dan Tae directed his gun at Na Ae Gyo and pressed the question, “You tried to betray me two years ago, right?” In the struggle that followed, Joo Dan Tae hit his head on a light fixture and started bleeding, triggering him to remember a traumatic experience. In response, he started choking Na Ae Gyo. The situation was resolved with Logan Lee (Park Eun Suk) showing up and saving Na Ae Gyo in a suspenseful series of events.

Just before the announcement of the Grand Prize at the Cheong Ah Arts Festival, Joo Seok Kyung visited Cheon Seo Jin’s office and demanded that she be announced as the winner. She pushed for her request by presenting Cheon Seo Jin with Ha Eun Byul’s (Choi Ye Bin’s) phone, on which evidence that Cheon Seo Jin left her father Cheon Myung Soo (Jung Sung Mo) to die alone could be found.

The production team has stated, “Season two is already nearing its conclusion in the midst of the viewers’ support. Starting in episode 9, a chilling twist will take place in the plot as well as more surprising events. So please look forward to it.”