“Oh My Ladylord” revolves around the romance between Han Bi Soo (Lee Min Ki), a top thriller writer who “won’t” date, and a rom-com actress named Oh Ju In (Nana), who “can’t” date.

On March 16, the drama shared a different side of Oh Ju In. Previously, she had been portrayed as a lovely actress with a sweet smile who mostly wears beautiful dresses and always has her makeup perfectly done. However, the new stills share a peek at her powerful hobby that shows an unexpected side of her.

In the photos, Oh Ju In is wearing gym clothes with her hair tied into a high ponytail. Her eyes are blazing with determination, and she puts up her fists that are protected by thick boxing gloves. She practices her punches with a fierce look on her face that makes her seem like someone completely different. 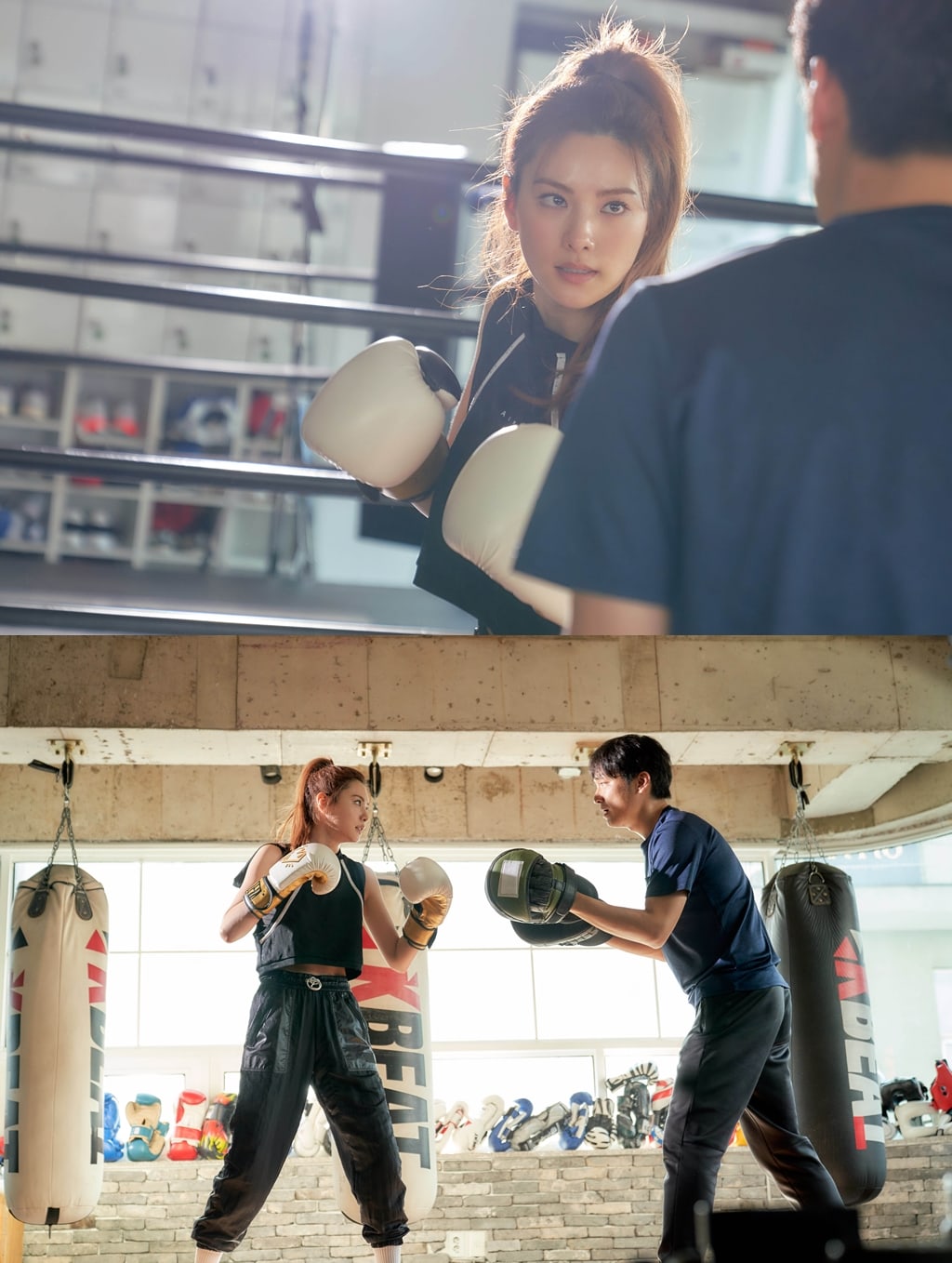 In the drama, Nana will portray a popular actress who is always in relationships in her projects but can’t even date in real life. Oh Ju In only shows her glamorous side to the public, but in reality, she is someone with a simple and easy-going personality. Through this kickboxing scene, Nana will show the true side of Oh Ju In.

Watch Nana in “Into the Ring” here!