Jeon So Nee and Ki Do Hoon’s new drama “Scripting Your Destiny” has revealed its main poster!

The drama is about a god of fate who writes out a human’s life and the human who lives out that life. Ki Do Hoon will play Shin Ho Yoon, the god of fate, while Jeon So Nee will play drama screenwriter Go Che Kyung.

In the new poster, Jeon So Nee and Ki Do Hoon stand across from each other. The backdrop exudes spring vibes, and the way the two actors gaze longingly at each other enhances the romantic atmosphere of the drama. Jeon So Nee is dressed in bohemian style clothing, and she reaches out to Ki Do Hoon who stands there with his hands in the pockets of his long brown coat. The caption at the top of the poster reads, “This spring, the god of fate will come to your side.” 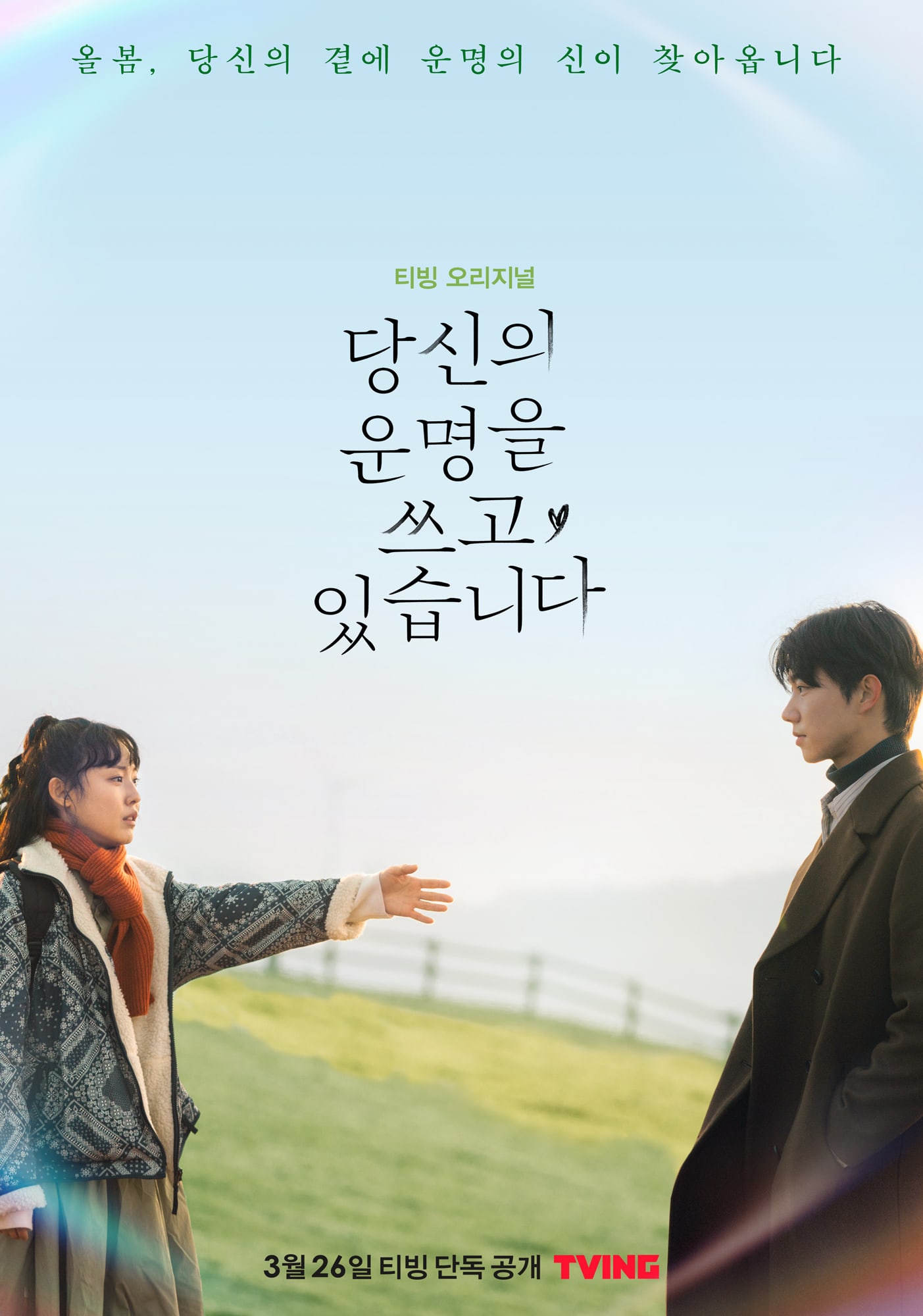 The production team said, “‘Scripting Your Destiny’ has been created by the best production team and rising actors and is coming this warm spring. Please keep an eye on this drama that will bring mysterious romance and heart-fluttering thrills on March 26.”

While waiting, watch Ki Do Hoon in “Once Again“:

And check out Jeon So Nee in “When My Love Blooms“!

Ki Do Hoon
Jeon So Nee
Scripting Your Destiny
How does this article make you feel?