“The Penthouse 2” remains the talk of the town, with the show and its cast reigning on the weekly most buzzworthy drama and actor lists!

Good Data Corporation has shared its rankings of dramas and cast members that generated the most buzz from March 8 to 14. The list was compiled from analyzing news articles, blog posts, online communities, videos, and social media posts about dramas that are currently on air or set to air soon.

SBS’s “The Penthouse 2” is No. 1 on the weekly list of most buzzworthy dramas for the fourth consecutive week. Once more, there are eight cast members on the actors ranking, with Lee Ji Ah soaring to No. 1. Kim So Yeon rises to No. 2 and Uhm Ki Joon to No. 3, while Eugene remains No. 5. Kim Hyun Soo is No. 6, Yoon Jong Hoon is No. 8, Choi Ye Bin is No. 9, and Kim Young Dae is No. 10.

tvN’s “Vincenzo” holds the No. 2 spot among dramas for the fourth week in a row, and star Song Joong Ki rises to No. 7 on the actor list.

“River Where the Moon Rises” remains No. 3 on the drama list, while Na In Woo enters the Top 10 for cast members at No. 4 after he took over the role of On Dal in the drama following Ji Soo‘s departure.

The top 10 dramas that generated the most buzz during the second week of March are as follows: 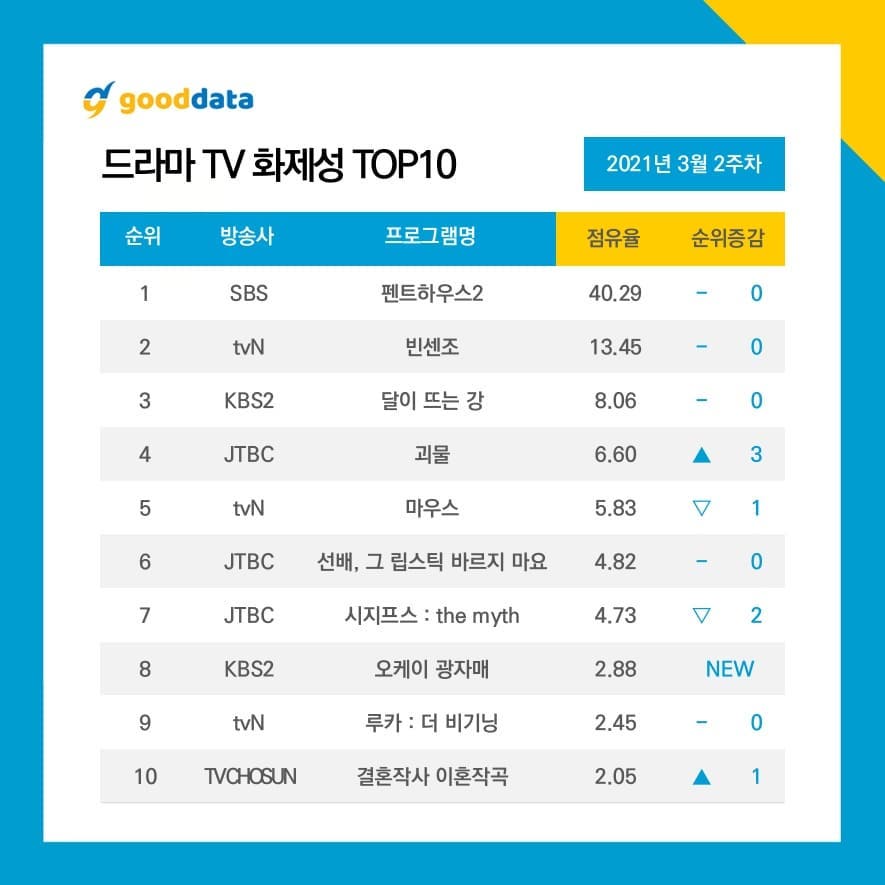 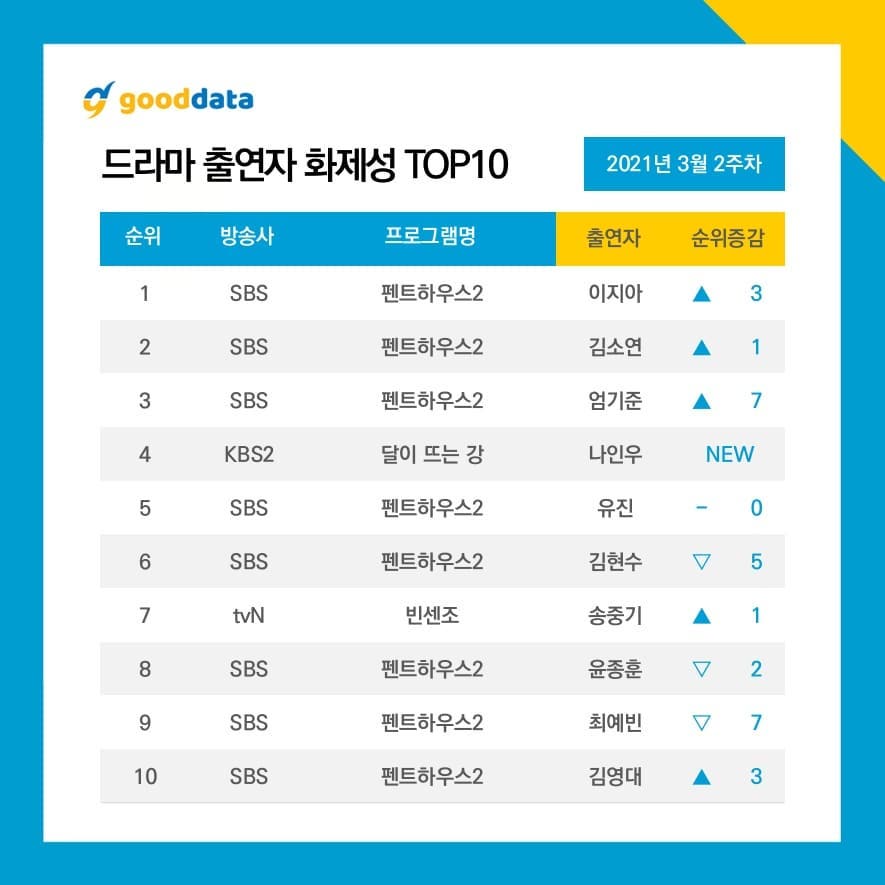