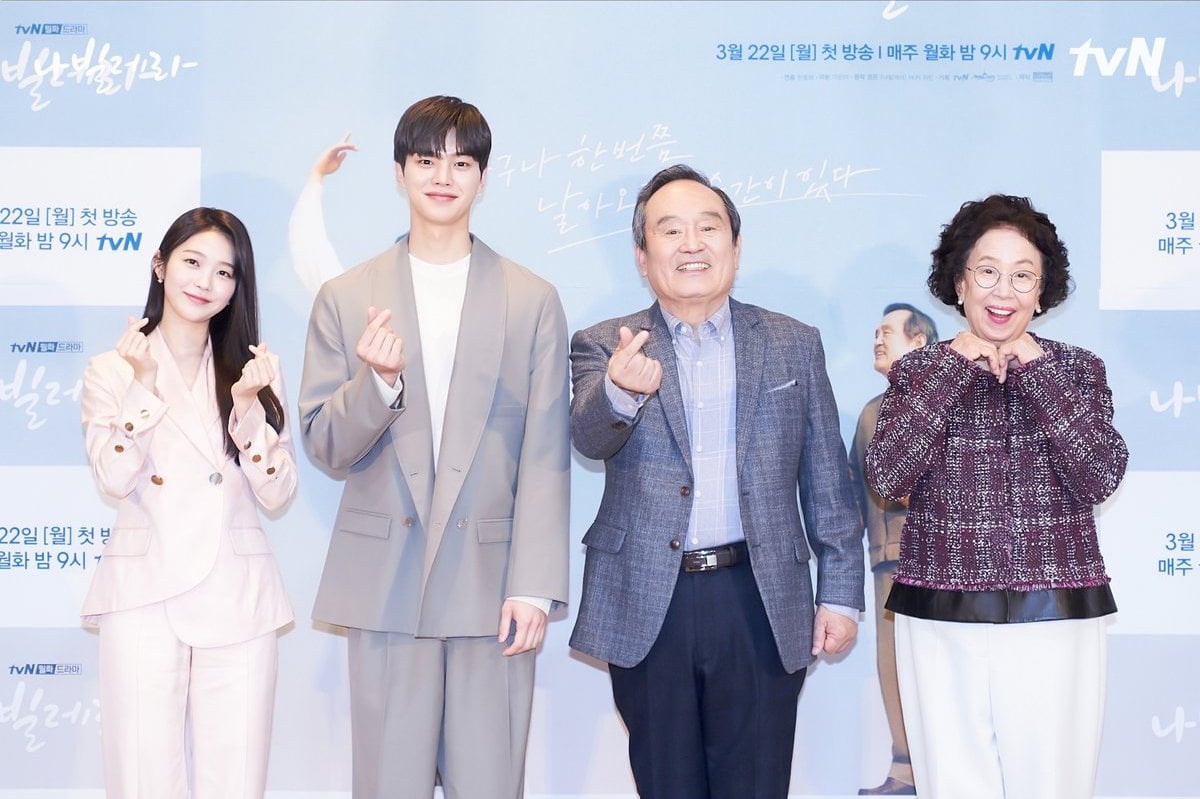 Based on a popular webtoon of the same name, “Navillera” is about Duk Chool (Park In Hwan), who begins ballet at the age of 70, and Chae Rok (Song Kang), a 23-year-old ballerino who gets lost while chasing his dreams. It is directed by Han Dong Hwa (“Squad 38,” “Miss Lee”) and written by Lee Eun Mi (“Tunnel“). 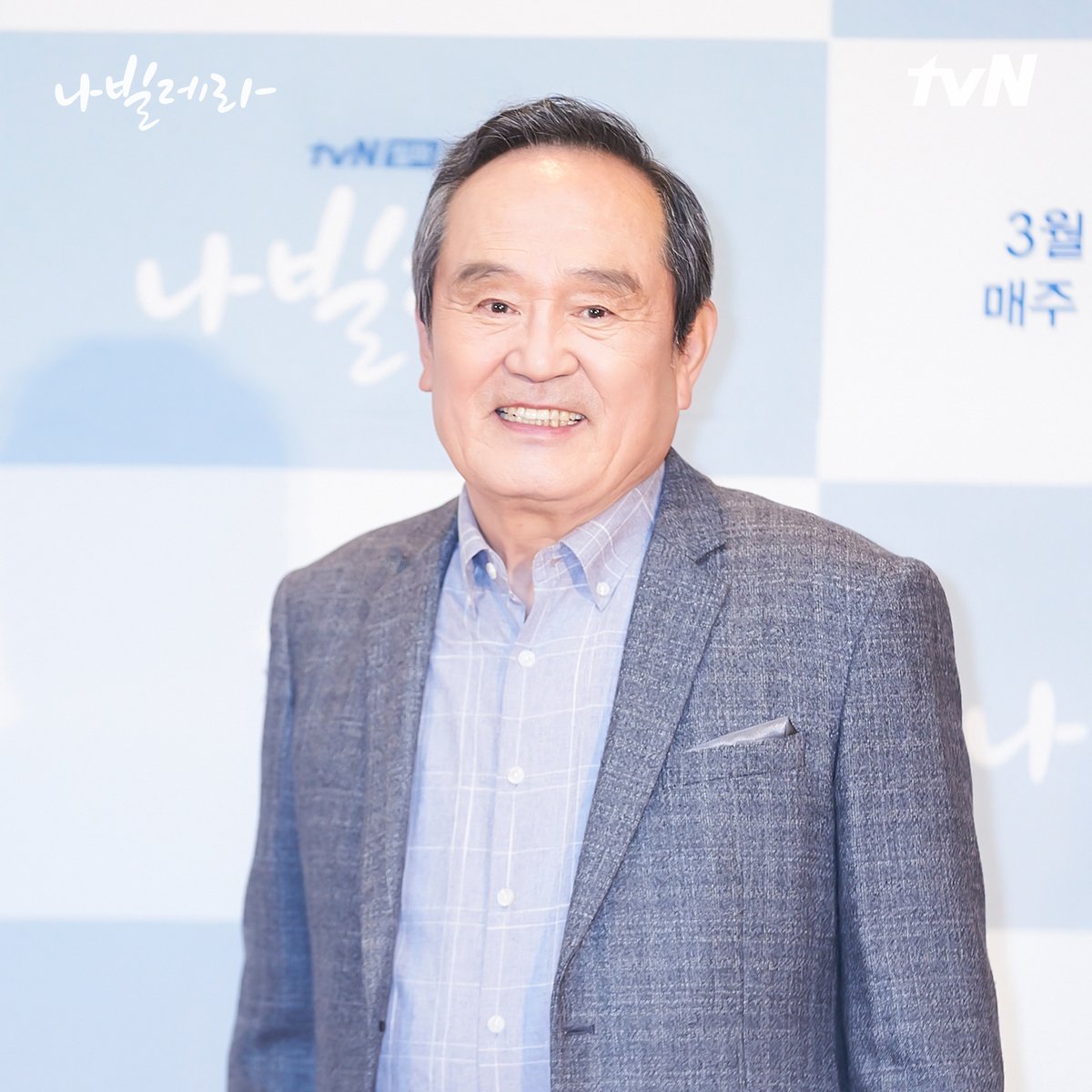 At the press conference, Park In Hwan said, “My character, Shin Duk Chool, begins his long-hidden dream of ballet after turning 70. I read the webtoon and I was moved by it. I was a bit conflicted over whether to take the role because I knew that I would have to do ballet myself and it was a big burden to take on. But I decided to give it a try. It’s the first time that I’ve taken on such a leading role in a mini-series. It’s a great honor and source of happiness for me.”

He added, “I decided to do the drama in order to give other people my age the courage to pursue their dreams. At our age, our fields of work tend to become narrower, so this was a very fortunate offer for me. Ballet is a graceful, flexible mode of expression, but my body was stiff and I found it hard to do. I even thought it was impossible. But this drama isn’t about Duk Chool becoming a professional ballet dancer. It’s about the meaning of taking on a new challenge. I was embarrassed at first putting on the ballet clothes, but after a while I got used to it.” 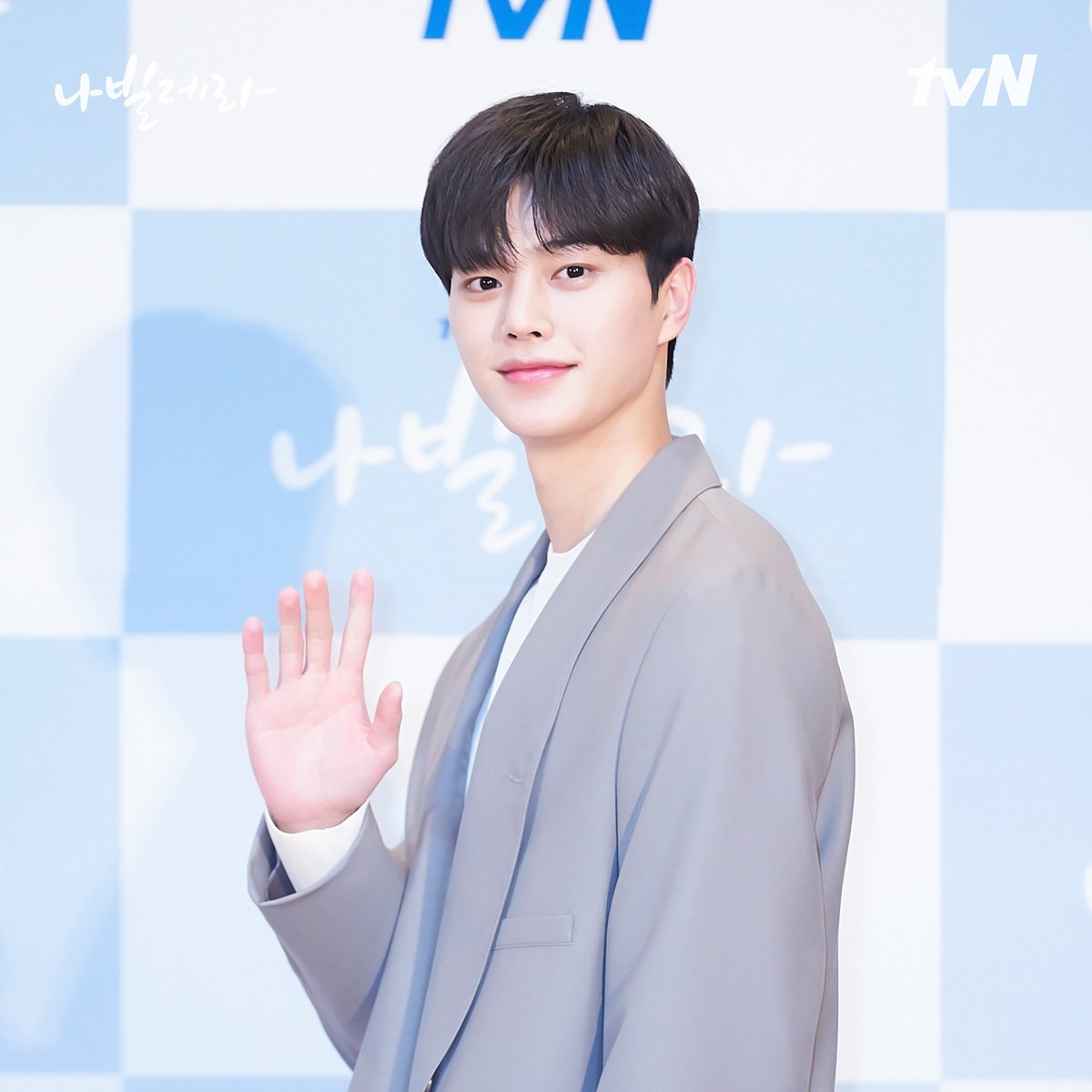 Song Kang said, “Chae Rok is someone who is bad at expressing himself. He started ballet at a later age than most people, but he has a lot of talent. He loses his way after his dreams collide with reality, but he meets Duk Choo and slowly begins to mature. I had a lot of concerns about taking on the role of a ballerino. It was important to pay attention to the overall lines of the body. I watched a lot of videos and thought a lot about how to express these lines in detail.”

He added, “I learned ballet for about five to six months. Rather than any high-level or expert skills, I focused on lines and details. I’m an actor and I like seeing my body change, so I had fun doing it.”

Park In Hwan described working with Song Kang as, “We started off weak at first. But he was like a sponge and absorbed things fast. Among young people these days, there are many who don’t like it when people tell them to do things. Because it sounds like scolding or nagging to them. That’s why actors don’t always talk a lot to each other. But Song Kang absorbs whatever we said and made it his own. He became a totally different person between the start and end of filming. At first, it was awkward to go back and forth, but later all that disappeared. We became immersed in the story and could relate to each other.” 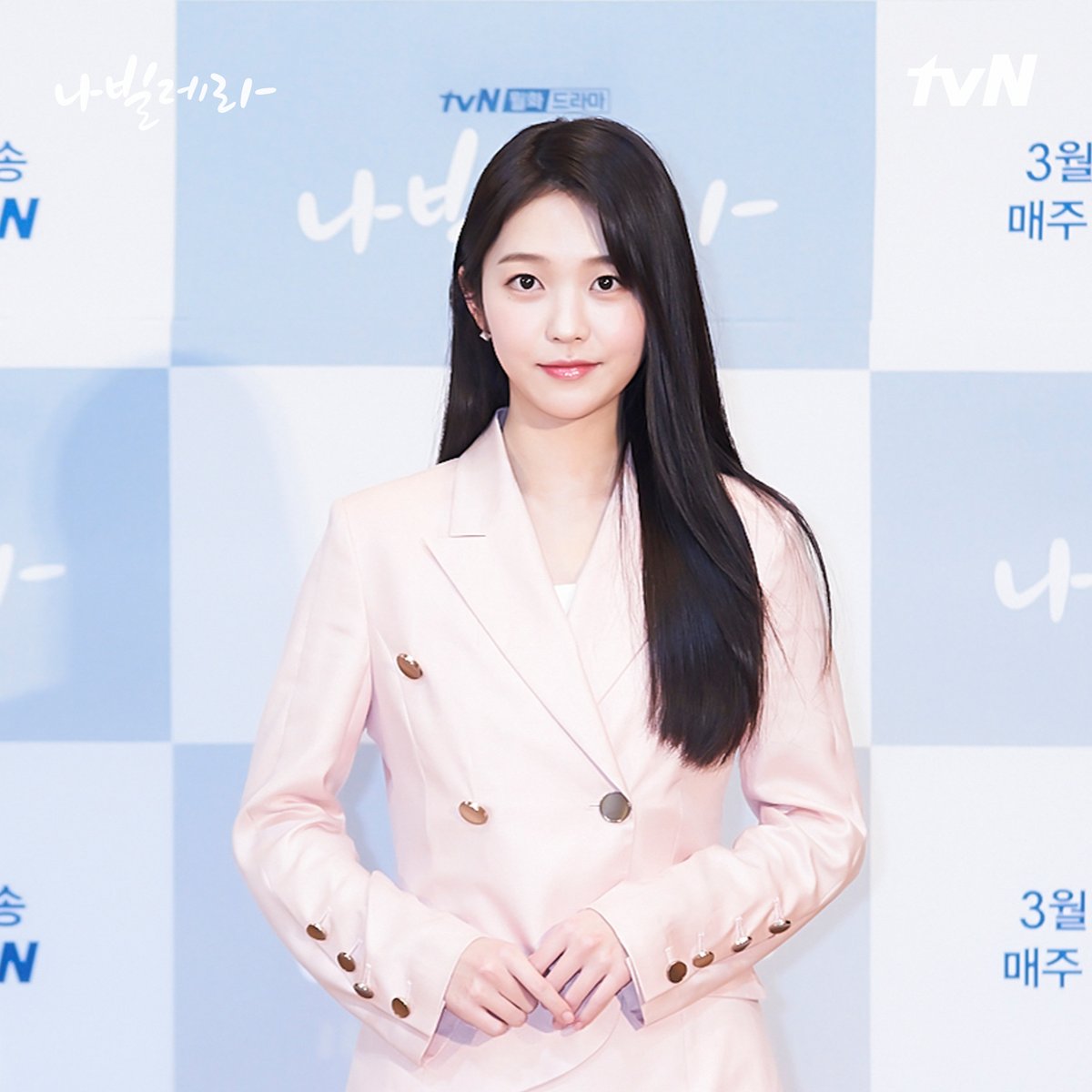 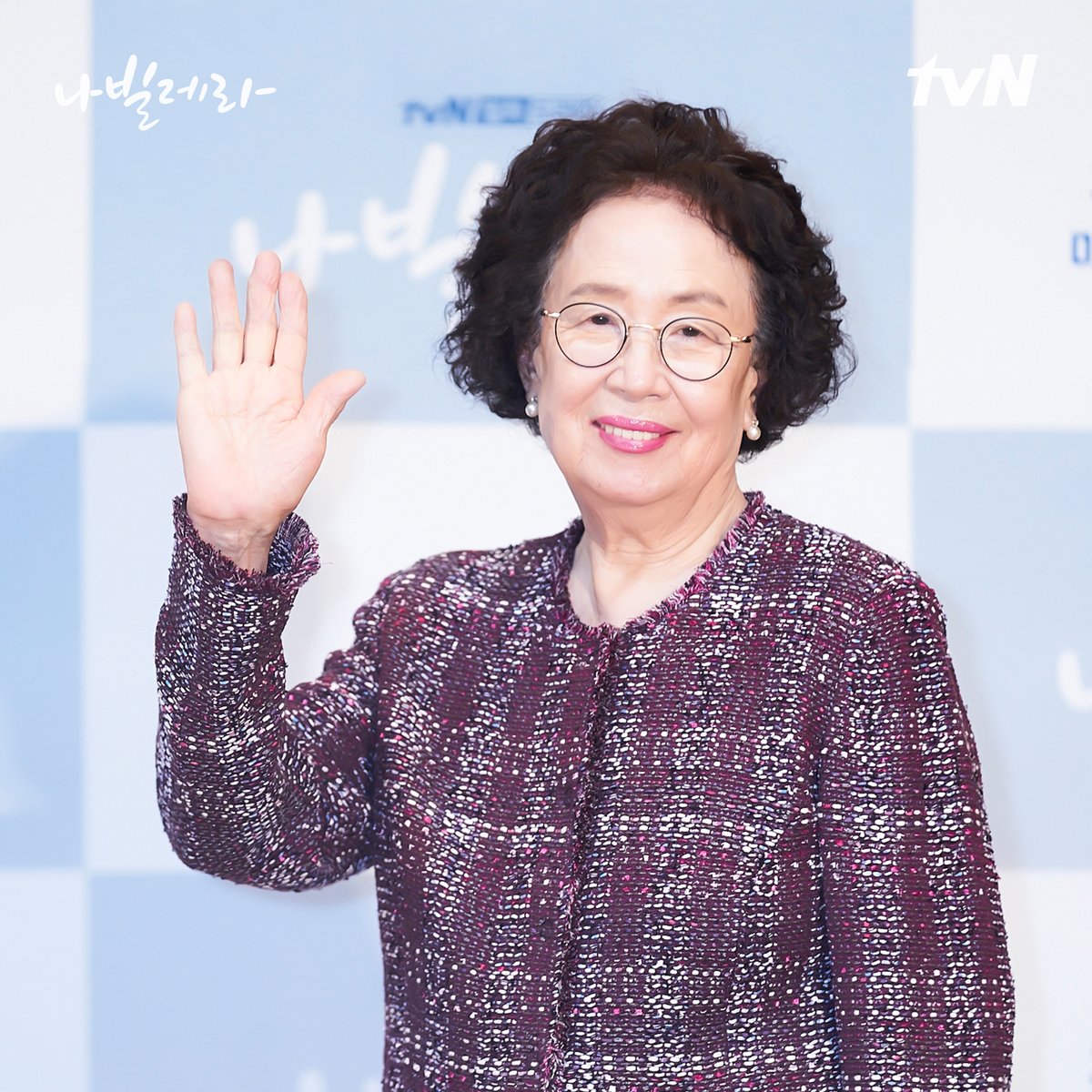 “Navillera” premieres on March 22. Check out a teaser here!