Upcoming film “The Box” starring EXO’s Chanyeol and Jo Dal Hwan held a press conference on March 18 where the actors talked about their experience working together.

The jukebox musical film tells the story of Ji Hoon (Chanyeol), a talented musician that can only perform wearing a box over his head, and Min Soo (Jo Dal Hwan), a producer that values success before anything else. They set off on the road putting on busking stages and go through a miraculous experience. Though they have more differences than similarities, they come to understand each other and heal through music.

Chanyeol revealed that it was difficult to play his role because Ji Hoon is so different from his actual self. He explained, “I talk a lot and act quickly, but Ji Hoon is very quiet. Often times, Jo Dal Hwan would be saying his lines and I’d have to just stare at him. I really wanted to talk. After getting into character, I became calmer and more serious in my normal life. That feeling was very novel and interesting.”

Jo Dal Hwan said about his character Min Soo, “I had to cut out a lot of aspects from my usual acting style, so it was difficult and complicated. I had several discussions with the director about the character before going into filming.” 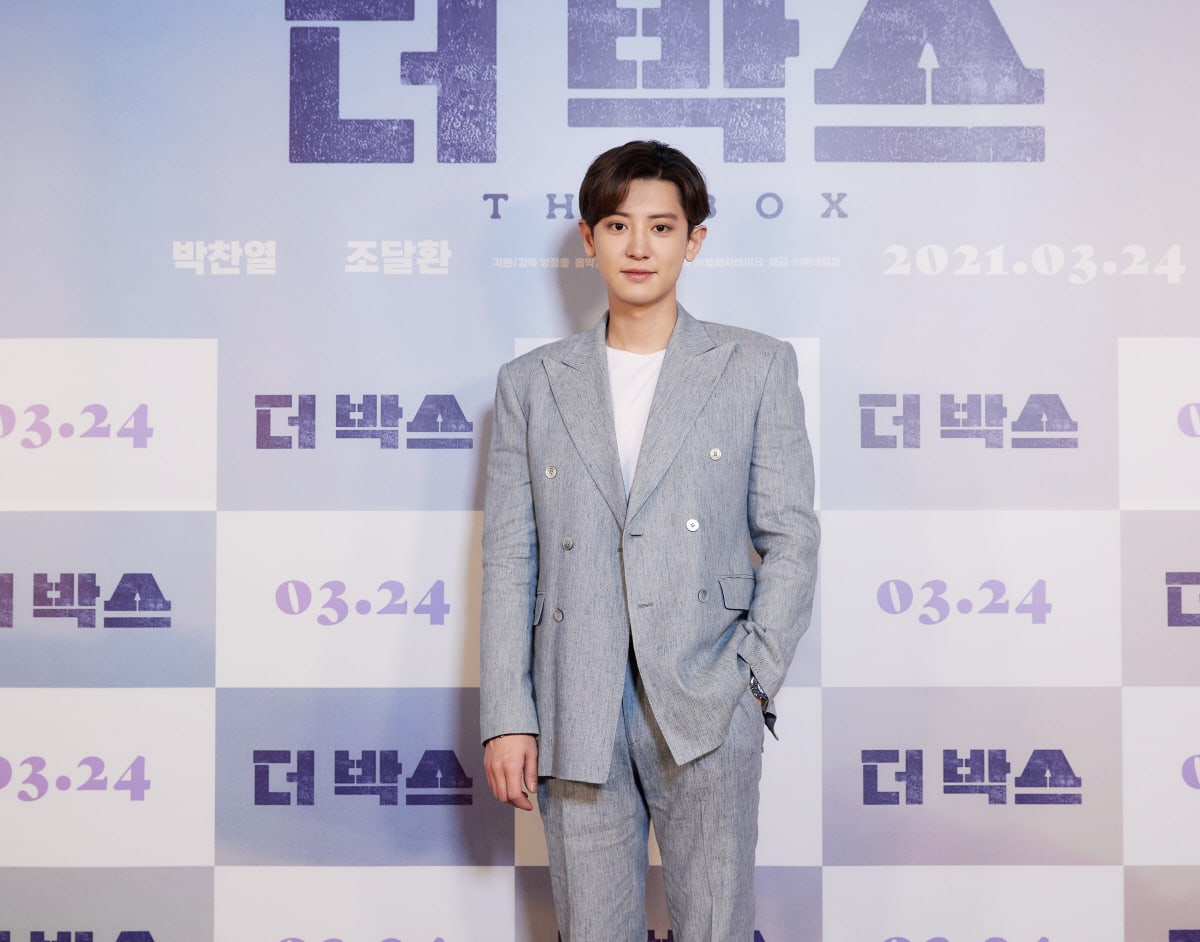 On taking his first leading role through “The Box,” Chanyeol commented, “It was my first leading role, and it was also my first time working with Jo Dal Hwan. I wanted to learn a lot, and I was also very nervous. [Jo Dal Hwan] often took the lead, and we shared many personal conversations as we got closer. I learned a lot comfortably as we worked together.”

In the film, Chanyeol takes on the trot genre for the first time, and he also showcases his skills with musical instruments. He shared, “After singing trot myself, I got the thought that it’s a very charming genre. It was fun working with the music director. The lyrics are really fun as well. I recorded it amidst a bright atmosphere.” He then said, “Because of my promotions, I didn’t have much time to practice playing instruments, so I felt like I had drifted away from it. But through this film, my passion for musical instruments grew. I got even more into it after filming ended.”

The music director shared, “I hadn’t seen Chanyeol sing much, but his low register is very nice. His voice has a unique quality to it. I took his voice into consideration when choosing the songs.” 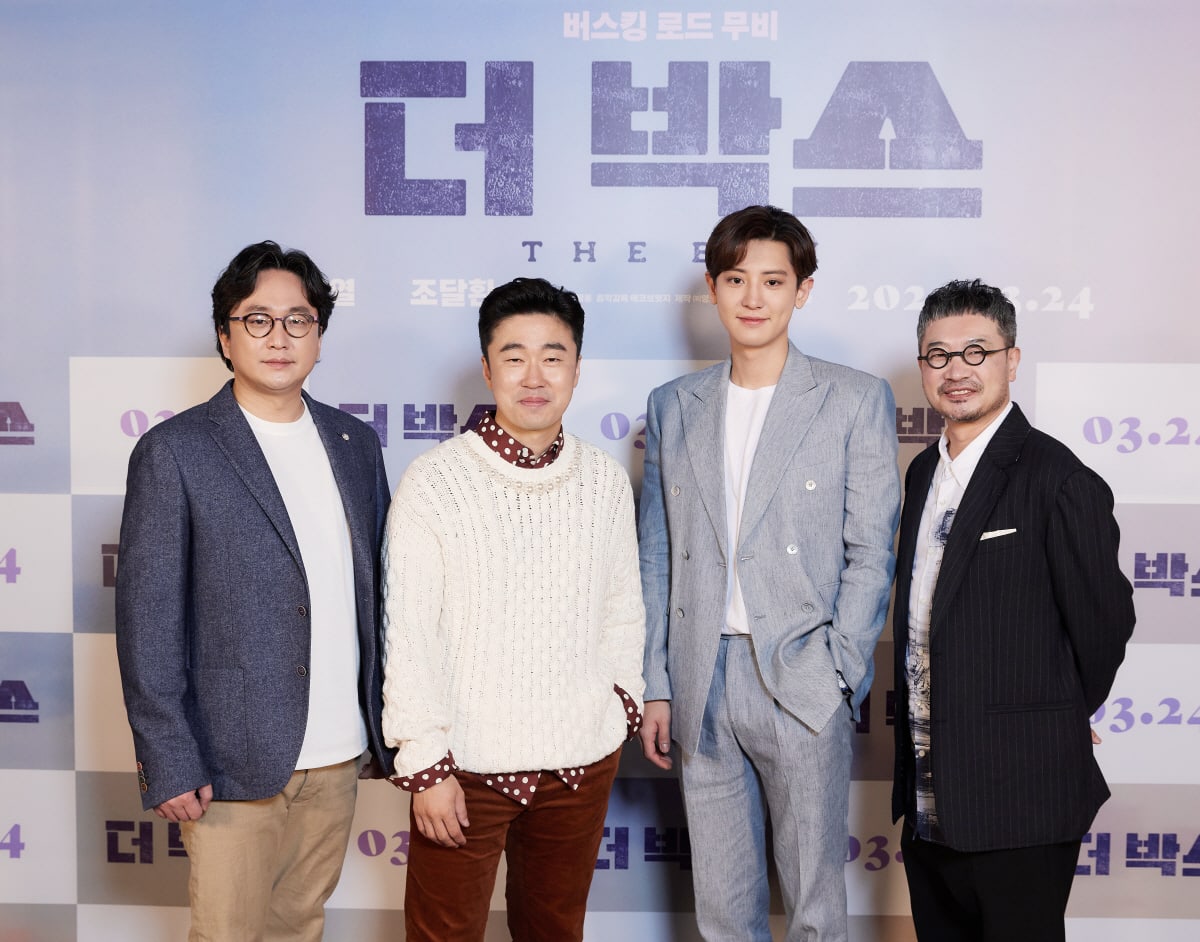 Jo Dal Hwan shared praise for his co-star Chanyeol, saying, “Working with Chanyeol, I related with and learned a lot from his innocence.There was a lot to learn from his attitude toward the staff, focus in acting, innate tall height, and artistic side.” He added, “Chanyeol had a special kind of warmth. I was often thankful for him on set. I’m older than Chanyeol, but I actually learned more from him on set. I tend to focus only on my character, but Chanyeol would look around his surroundings and be patient. I learned that from him.”

Director Yang Jung Woong explained why he cast the two actors in the film. He gave a thumbs up as he shared, “The main reason I cast Chanyeol was that I was always a fan of EXO. His artistic side captivated me. And I’ve always thought that Jo Dal Hwan’s detailed acting was impressive. I wanted to work with him.”

Previously, it was revealed that Chanyeol would be enlisting in the military on March 29. Chanyeol said about his enlistment, “I’m very honored and relieved that I was able to meet a nice project and bring out a movie before enlisting. I think I’ll feel at ease after I’ve enlisted as well. I’m ready to go and return in good health without getting hurt. I’ll be back.”

“The Box” premieres in theaters on March 24.

Also check out Chanyeol in “So I Married My Anti-Fan“: