Cho Seung Woo And Park Shin Hye Are Surrounded By Enemies In “Sisyphus: The Myth”

Cho Seung Woo and Park Shin Hye are surrounded by enemies on all sides in JTBC’s “Sisyphus: The Myth.”

At the end of the previous episode, Han Tae Sool came to the rescue of Kang Seo Hae, who was taken by the Control Bureau. Han Tae Sool was shown taking determined steps into Ja Ae Hospital, indicating that his feelings for Kang Seo Hae had deepened even further.

Now, the mission will be a success once Han Tae Sool escapes with Kang Seo Hae. However, newly released stills show that it won’t be easy. Han Tae Sool looks concerned as he holds an unconscious Kang Seo Hae in his arms, and they’re blocked by the Control Bureau’s agents and even Asia Mart’s Mr. Park (Sung Dong Il), Uhm Seon Ho (Jung Ha Joon), and Uhm Seon Jae (Lee Myeong Ro). As the Asia Mart employees were previously caught by the Control Bureau because of Kang Seo Hae, they were furious. 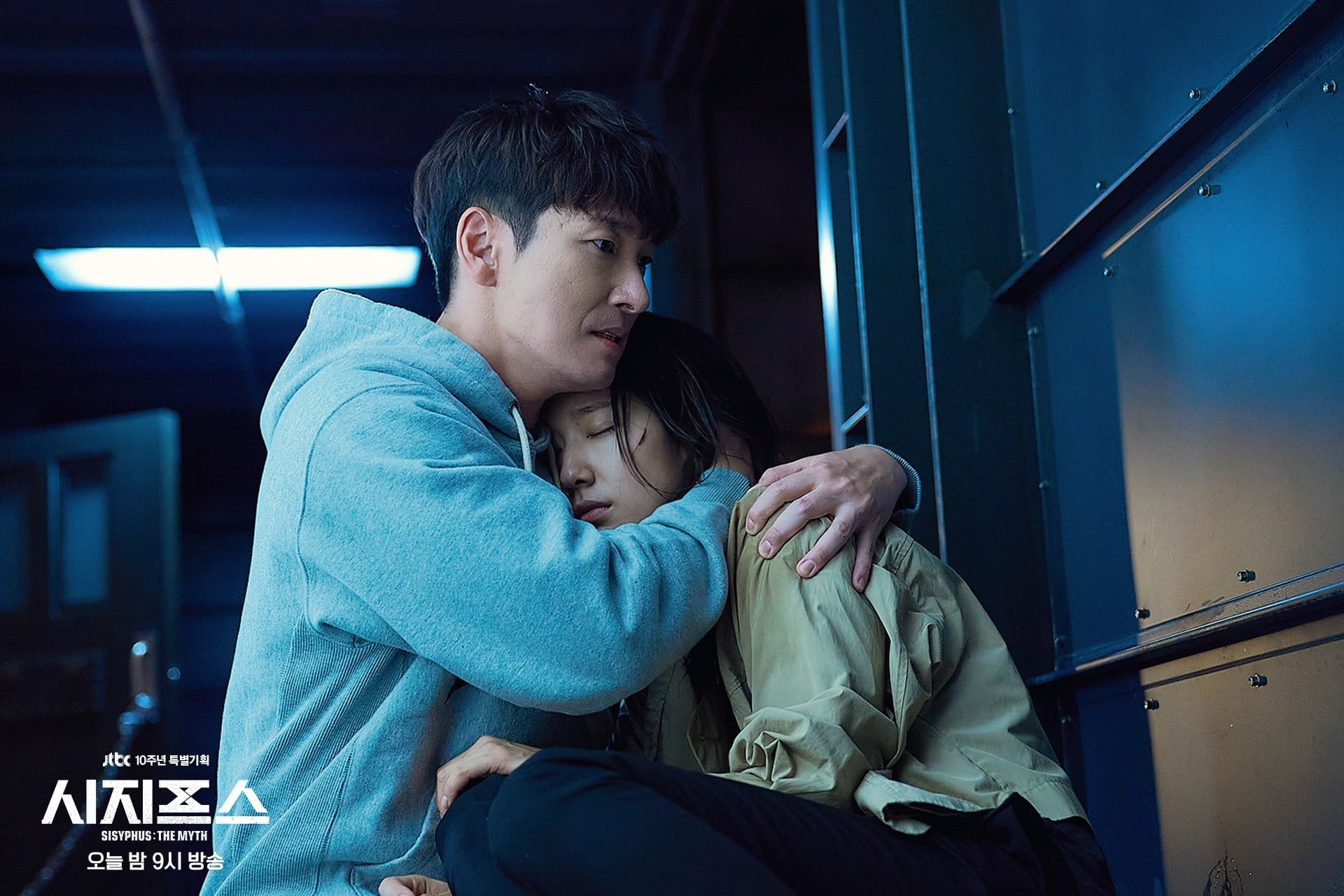 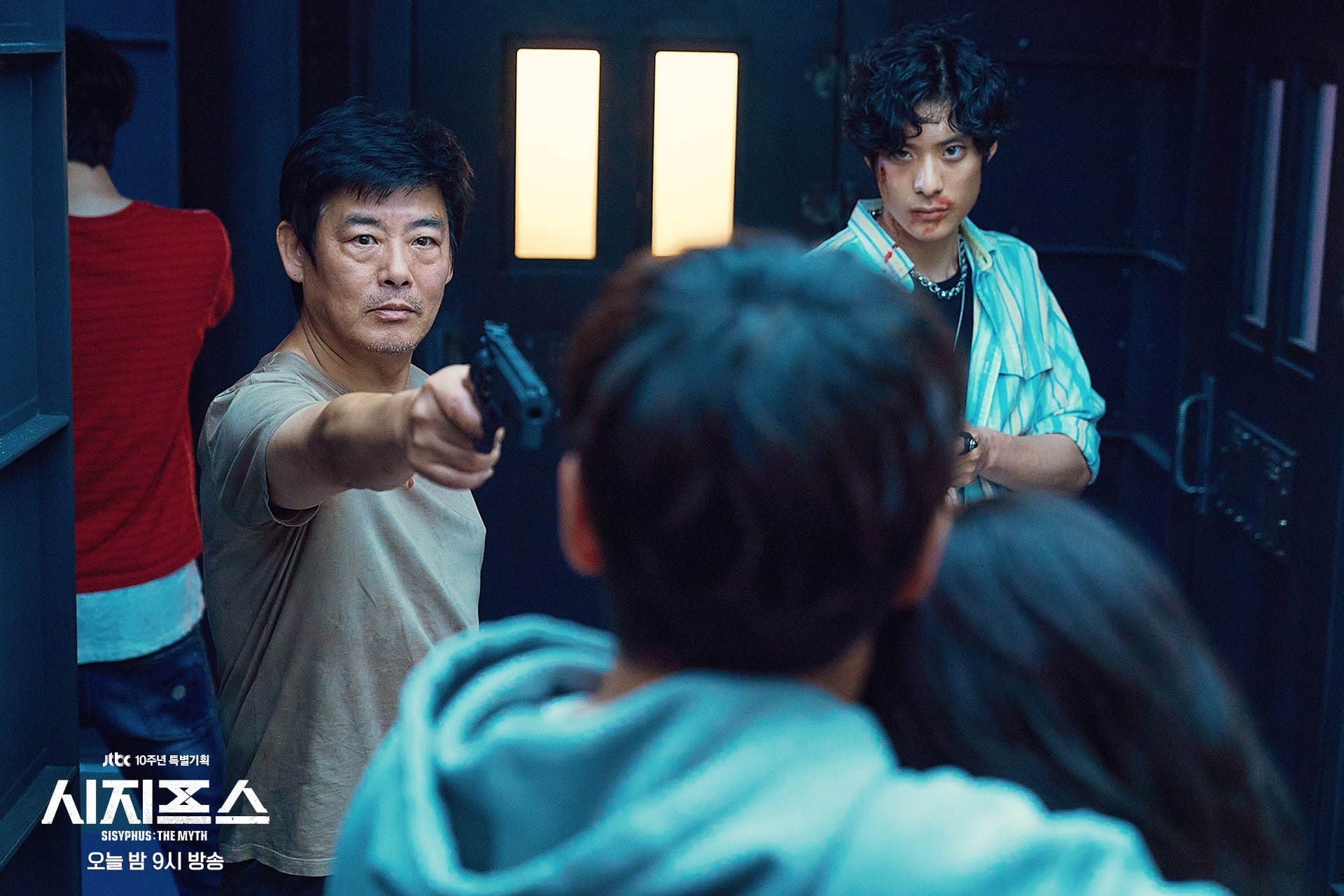 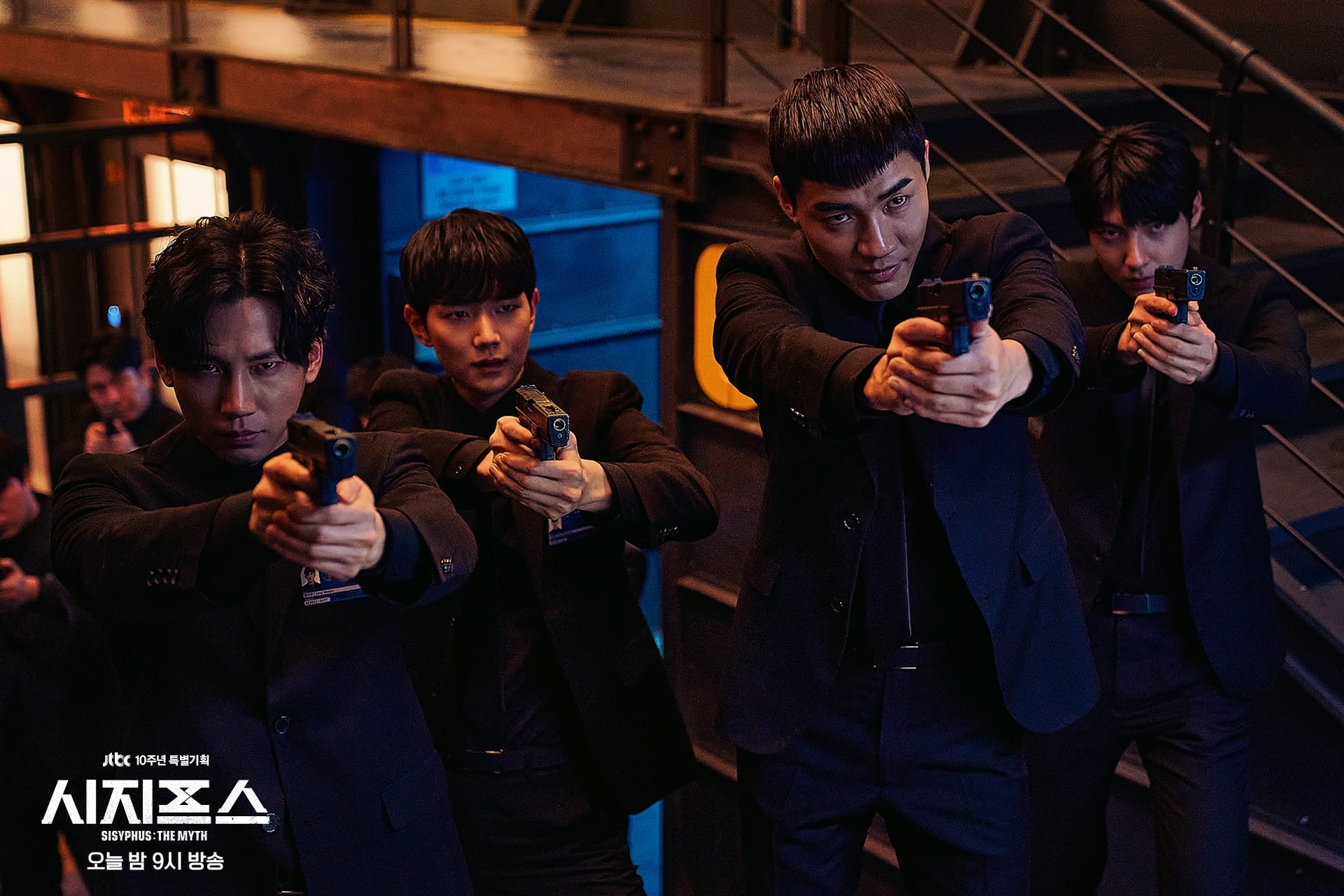 Escaping the hospital was not the only problem. In the interrogation room, she had been injected the FOS shot, a terrifying substance that breaks down the proteins in a person’s body. Kang Seo Hae was in a critical state, flickering between life and death.

The producers of “Sisyphus: The Myth” commented, “The hardships coming at Han Tae Sool, who has stepped into the enemy’s territory with bare hands to save Kang Seo Hae, have not stopped. Please join us on the ongoing Sisyphus journey to see how Han Tae Sool will save Kang Seo Hae, who is on the brink of death, and what kind of emotions he will be feeling.”

In the meantime, check out Park Shin Hye in “Little House in the Forest“