“The Penthouse 2” Cliffhangers That Made Viewers’ Hearts Race

“The Penthouse 2” is famous for leaving viewers wanting more with thrilling episode endings!

With the show packed with dramatic twists and shocking reveals, each episode has fans on the edge of their seats. The episodes are known for ending on moments that make viewers so curious to know what happens next that they begin a countdown for the next installment.

The show has shared a list of four cliffhangers that made fans’ hearts race!

The big reveal at the end of episode 5 featured Ha Eun Byul (Choi Ye Bin) attacking Bae Ro Na (Kim Hyun Soo) with a trophy, sending her falling down the stairs outside Chung Ah Arts High School. Ha Eun Byul experienced serious side effects after taking too much heart medication and lost control. She was already overcome by her jealousy toward Bae Ro Na and was spurred on by the memory of her mother Cheon Seo Jin (Kim So Yeon) telling her, “You have to win, even if it means killing her.” She saw a vision of Bae Ro Na mocking her, and she grabbed the trophy from the display case and threatened her. When Bae Ro Na ran away, Ha Eun Byul attacked her with the trophy, and Bae Ro Na tumbled down the stairs.

However, it’s clear that there was more behind the incident. In episode 8, Joo Dan Tae (Uhm Ki Joon) was shown washing his bloody hands in the washroom and changing his clothes, and it was revealed that he had also been the one to set off the fire alarm. Viewers are left wondering what really happened on the night of the attack on Bae Ro Na.

After Lee Ji Ah’s character Shim Soo Ryeon was killed by Joo Dan Tae in the first season, fans had been theorizing about whether Lee Ji Ah might return to the show. She made her big comeback with an appearance at the end of episode 6 that surprised not only viewers, but also Joo Dan Tae. She appeared as a mysterious woman in his penthouse apartment and stunned him with a kiss, before saying, “It’s been a long time, Joo Dan Tae.”

It was revealed in the next episode that this enigmatic figure is none other than Na Ae Gyo, the woman with the butterfly tattoo, who is the birth mother of Joo Seok Hoon (Kim Young Dae) and Joo Seok Kyung (Han Ji Hyun). Na Ae Gyo is the total opposite of the quiet Shim Soo Ryeon, as she’s unpredictable, carefree, and easy-going. 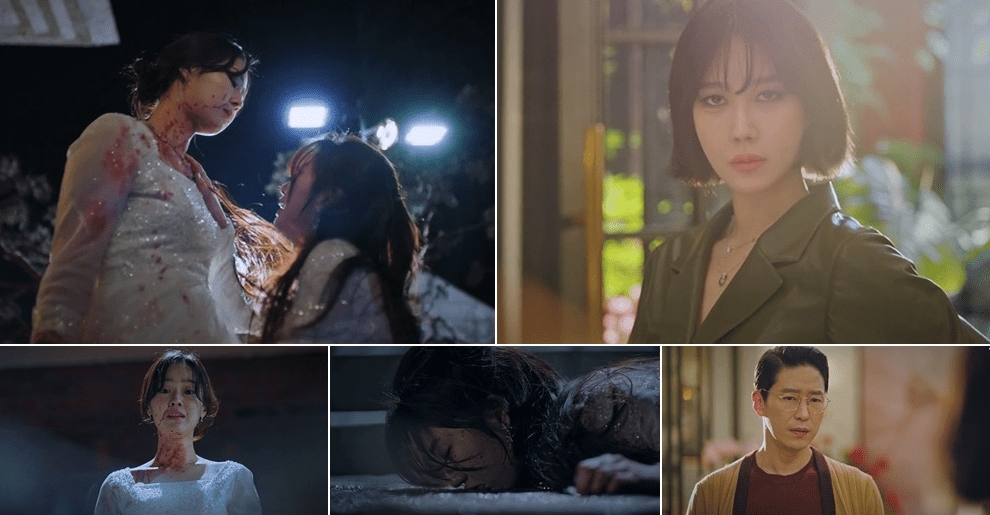 In episode 7, when Oh Yoon Hee (Eugene) left Joo Dan Tae’s study through a secret passage and entered the parking lot, she discovered Na Ae Gyo and became frightened. Previously, Logan Lee (Park Eun Suk) had told Oh Yoon Hee to find Na Ae Gyo and gave her a photo, which showed that she looks just like Shim Soo Ryeon. As Na Ae Gyo knows all of Joo Dan Tae’s secrets, it’s yet to be seen whether she’ll be a source of hope for Oh Yoon Hee and Logan Lee in their plot, or whether she’ll cause another crisis.

Episode 8 ended with another thrilling moment: Logan Lee and Oh Yoon Hee’s rescue of Na Ae Gyo after she was strangled by Joo Dan Tae. Joo Dan Tae was suspicious of Na Ae Gyo, who had attempted to betray him two years before, and he pointed a gun at her head. They got into a physical fight and the gun went off, firing a bullet into the ceiling. A light fell and hit Joo Dan Tae, and his face and hand became covered in blood. Struck by the memory of a trauma from his childhood, Joo Dan Tae ran to Na Ae Gyo and gripped her by the throat.

However, Logan Lee suddenly appeared and knocked Joo Dan Tae out with a hit to the head. He carried Na Ae Gyo to safety outside, where Oh Yoon Hee was waiting, and they escaped together. After this dramatic rescue, a preview for episode 9 provided even more thrills. In the teaser, Logan Lee yells after Na Ae Gyo, “It’s definitely you!” and Na Ae Gyo looks taken aback. As fans share theories about the mysterious Na Ae Gyo, everyone’s looking forward to finding out if questions about her will be answered in the next episode. 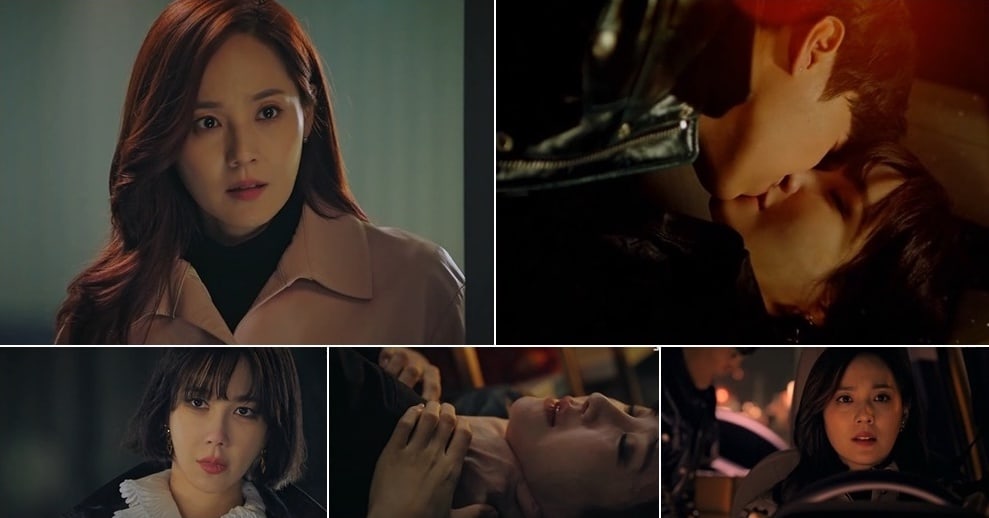 The production team promised, “There are shocking endings to come in the remaining five episodes as well. On top of that, episode 9 (March 19) and episode 10 (March 20) will feature a series of surprising twists and unexpected developments. Tune in to find out what happens.”