Having decided to aim for the Achilles heel of their enemy, Vincenzo and Hong Cha Young set out to find the true boss behind Babel Pharmaceuticals. Just when they were about to find a crucial clue that would lead them to the final villain, the person who knew the identity of Babel Pharmaceuticals’ chairman died, and the families of the company’s test subjects also lost their lives. Vincenzo grew enraged at the thought that Babel Pharmaceuticals and Wusang Law Firm were the ones behind the terrible incident.

Centering themselves around the “axis of evil” Jang Joon Woo, the villains created a whirlwind of brutality. Amidst the continuous threats being aimed toward Vincenzo and Hong Cha Young, the newly released stills reveal the Mafia side of Vincenzo’s identity. As snow flurries around him, Vincenzo’s gaze is downcast but hardened with anger. He is ready to take his revenge against Babel Pharmaceuticals, who weren’t satisfied with the reproduction of a narcotic drug and carried out attacks on the weak and vulnerable. 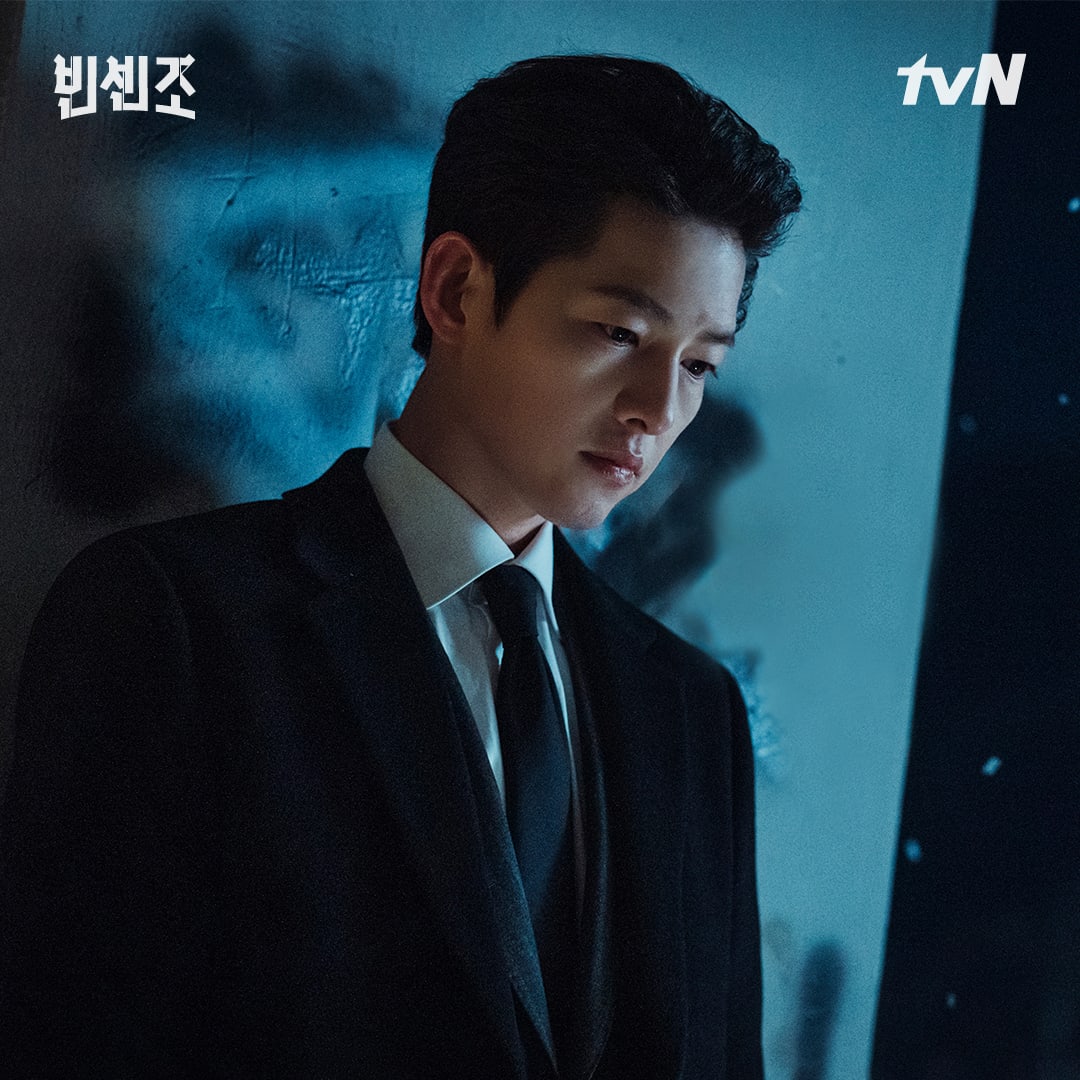 As a member of the Mafia who gives an eye for an eye, Vincenzo hoists his gun in a moment of tense confrontation. It remains to be seen whether or not he will be able to inflict punishment on the villains and drag Jang Joon Woo out into the world. 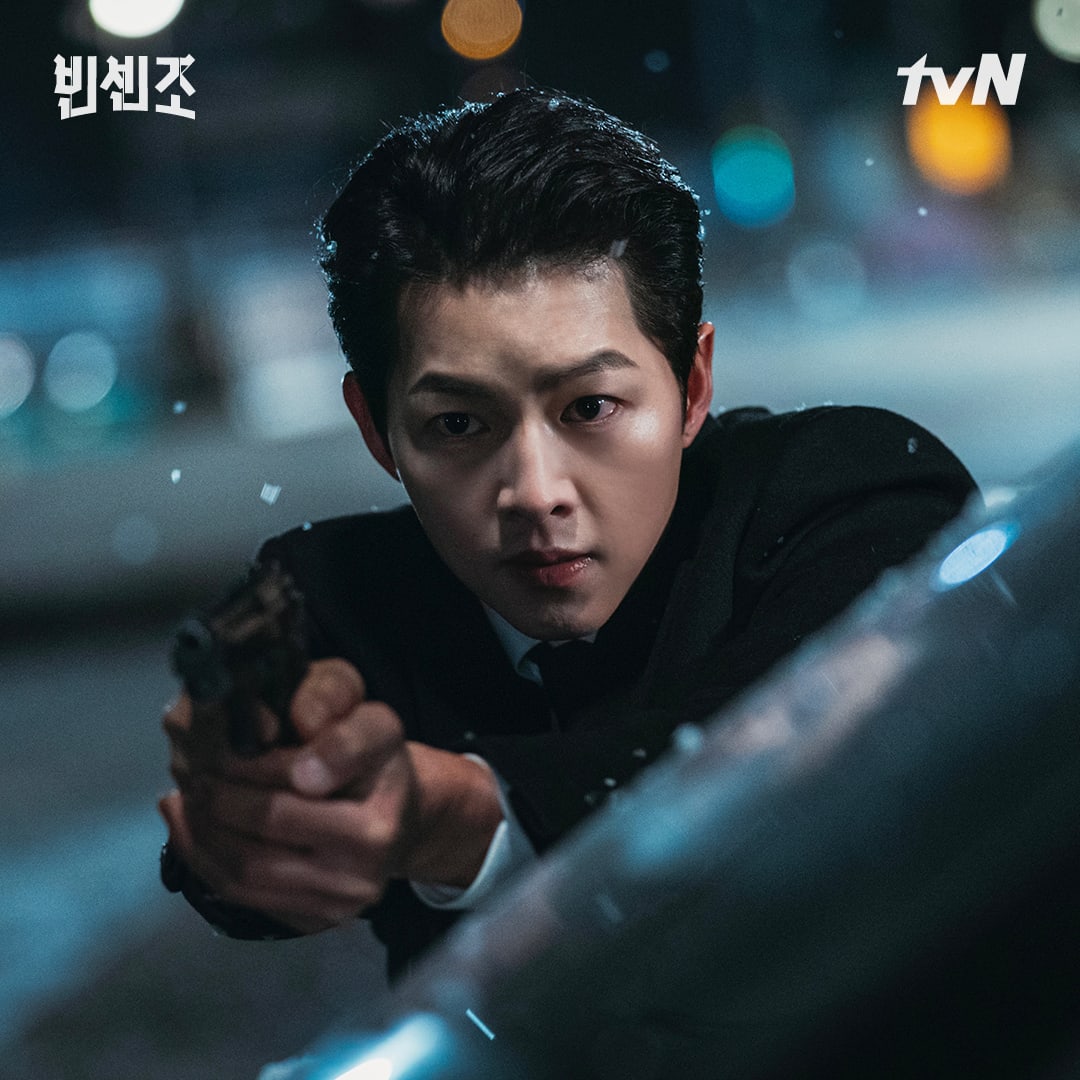 In episode 10, Vincenzo will resort to extreme measures to reveal the true boss behind Babel Pharmaceuticals. In the preview for the episode, Jang Joon Woo took aim at Vincenzo as he declared, “I’ll have to kill him. Or he’ll kill us.” Vincenzo’s voice at the end especially piqued viewers’ curiosity as he said, “I know who the true boss of Babel is.”