Lee Seung Gi‘s long-awaited drama comeback has everyone on the edge of their seats! “Mouse” is a gripping and deliciously dark mystery-thriller that revolves around a chase after an especially vicious psychopathic serial killer. The killings are so gruesome that episodes 1-2 were given a 19+ rating, which means it’s definitely not for the faint-hearted. If you can stomach this kind of plot though, you’re in for a top-notch thriller that will keep you guessing endlessly with all its twists and turns.

Note: I tried my best to keep this article spoiler-free so as not to reduce the thrill and enjoyment for any new viewers.

Lee Seung Gi plays Jung Ba Reum, an innocent rookie police officer who is exceptionally kind to animals and the people around him, while Lee Hee Joon stars as Go Moo Chi, a hardened detective who is out to seek revenge against the psychopath who murdered his parents when he was a child. When a new psychopathic predator starts wreaking havoc, Ba Reum becomes indirectly involved and thus joins Moo Chi in tracking down the vicious serial killer. 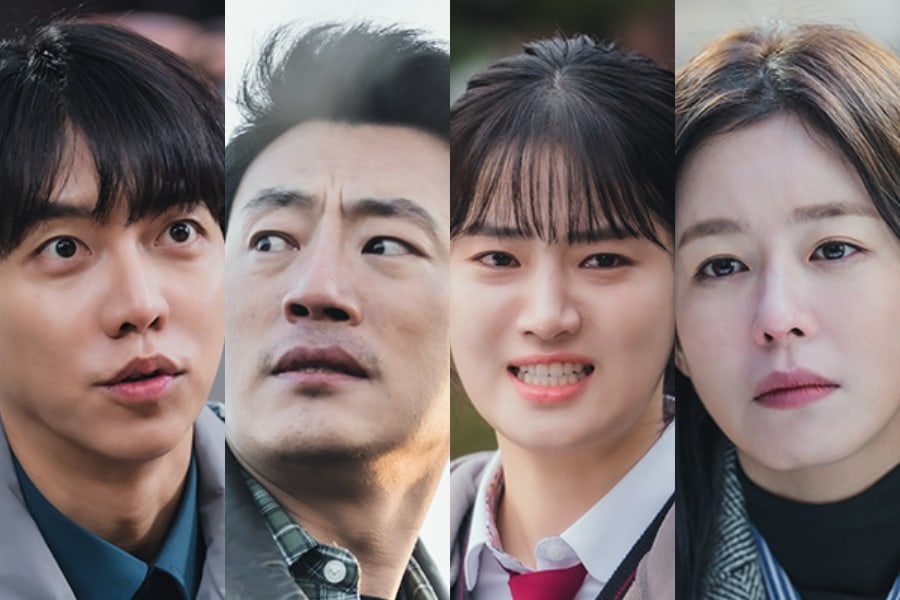 “Mouse” demands a lot from its actors, and yet they perfectly manage to portray the deep and complex emotions of their respective characters. Their performance will draw you into the story and keep you glued to the screen throughout the entire run of each episode. 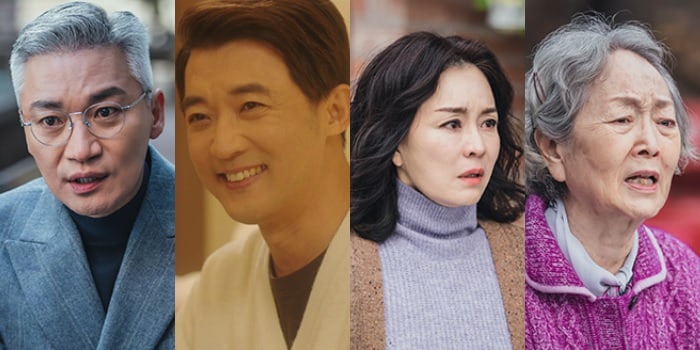 Last but not least, the child actors need to be mentioned as well. They will literally keep you in awe of their acting talent despite their young age. The most demanding and impressive role goes to Kim Kang Hoon who is the drama’s key figure and the star of the opening sequence. We know him as a psychopath by the name Jae Hoon whose identity as an adult remains to be revealed. A psychopath is undoubtedly a difficult role to pull off even for adults, let alone for a child actor, yet Kim Kang Hoon impresses with his believable acting and makes one look forward to each scene he’s in. 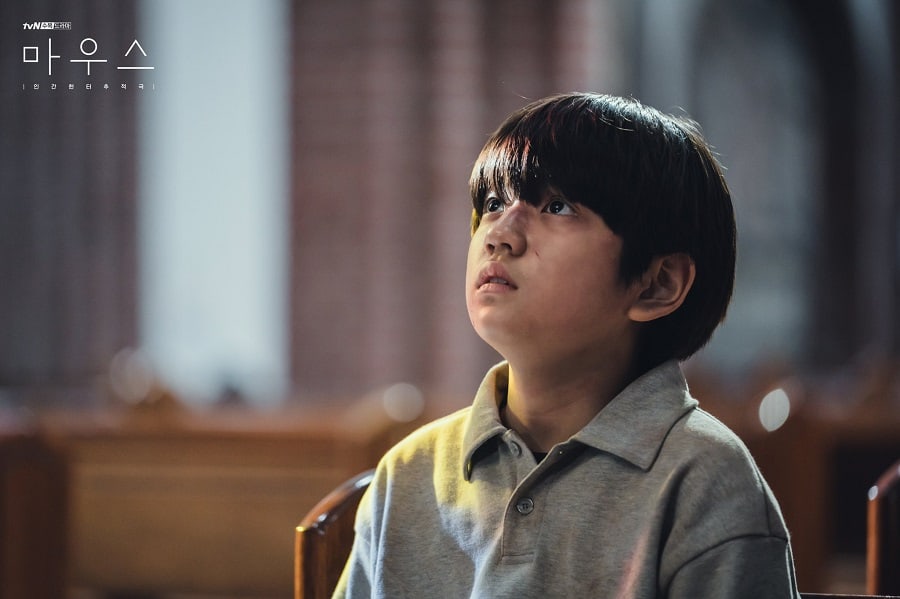 Plenty of food for thought

The entire drama is based on the following assumption: What if we could identify psychopaths in advance by DNA testing of fetuses? Starting from there, “Mouse” poses a lot of ethical and philosophical questions that will make you think. 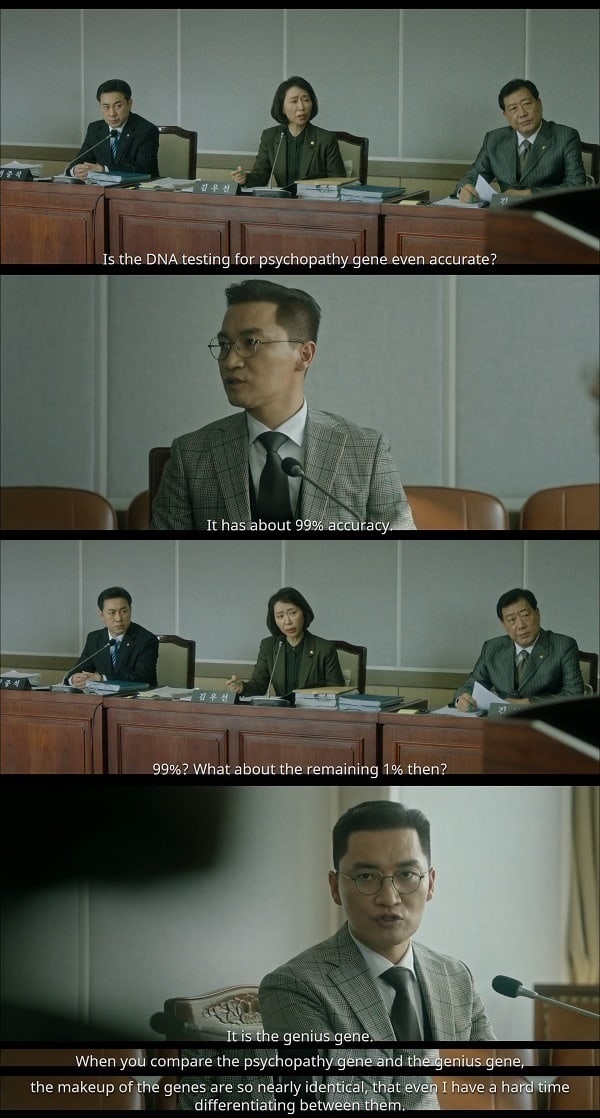 Would you abort your child if it had the psychopathy gene? What if it turned out to be a genius though? Is it inevitable for a carrier of the psychopath gene to become a serial killer? Could they be stopped through adequate nurturing? It will be very interesting to see how the drama’s characters will answer to these many questions, and the drama makes you curious to find out what kind of message “Mouse” is trying to portray.

Jung Ba Reum is so good-hearted and naive that he feels completely out of place in this drama, which just makes him all the more suspicious. Adding to that, we don’t know much about his background either. Everything seems strange around this character who is supposed to be the first main lead. So what is his real identity? Is he a psychopath who’s just pretending to be nice? Could he maybe even be the predator? Lee Seung Gi’s character keeps me guessing and I can’t wait for the big reveal. 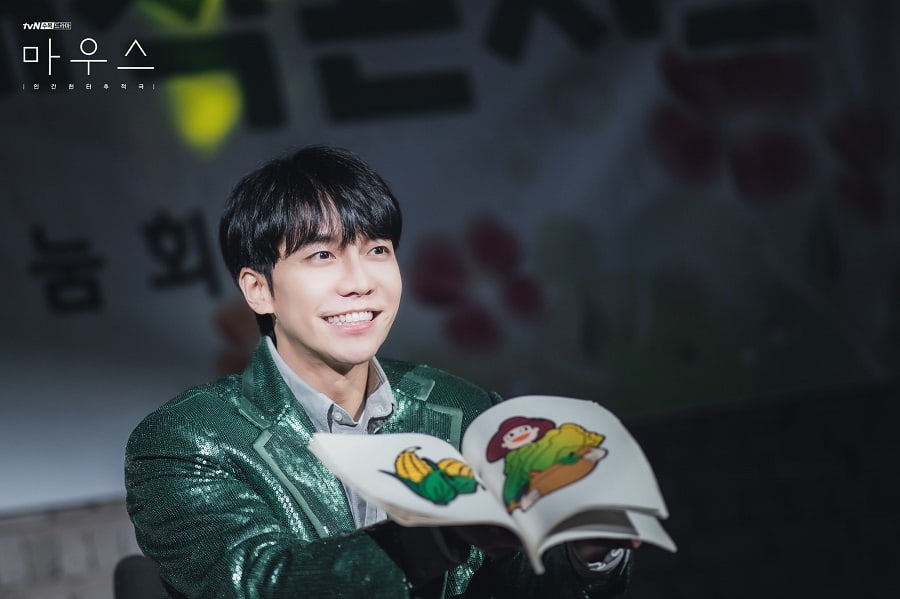 Hey Soompiers! Are you watching “Mouse” already? What are your theories on Lee Seung Gi’s identity?

Currently watching: “Mouse,” “You Are My Hero”
All-time favorite dramas: “Ode to Joy,” “Back in Time,” “From Survivor to Healer,” “Children of Nobody,” “My Ahjussi,” “Hospital Playlist”
Looking forward to: “Navillera,” “Taxi Driver,” “The Oath of Love“