Ahead of its premiere, the cast of “Joseon Exorcist” revealed points to watch out for! 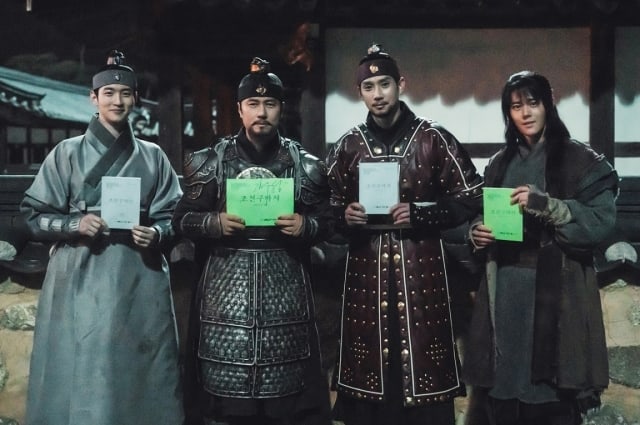 The perfect synergy between Kam Woo Sung, Jang Dong Yoon, Park Sung Hoon, and Kim Dong Jun will be the most key thing to look out for in the show, and the stars talked about what drama fans can look forward to.

Kam Woo Sung takes the lead in the story while playing the cool-headed King Taejong, who wields his sword once again and heads into his final battle in order to protect Joseon. Kam Woo Sung shared, “Taejong, Prince Chungnyeong, and Prince Yangnyeong are all fighting the evil spirits in order to protect something that is precious to them. I think you’ll have fun as you watch the drama if you try to guess what each of them desire and what it is that each character is trying to protect.”

Jang Dong Yoon stars as Prince Chungnyeong, a bookish young man forced to fight to protect Joseon from the evil spirits. The actor chose the directing as the key point to watch out for. Jang Dong Yoon expressed his complete confidence in director Shin Kyung Soo and said, “The direction is spectacular and absorbing to the point that you won’t be able to look away, even for a moment. The staff and cast are putting our hearts and souls into the drama. If you watch the show, you’ll be able to see how the ‘exorcism fantasy historical drama’ genre has come to life in an exquisite and high-quality way.”

He also added, “The unconventional subject matter and fascinating story make it even more interesting, and everyone will be able to enjoy it.” 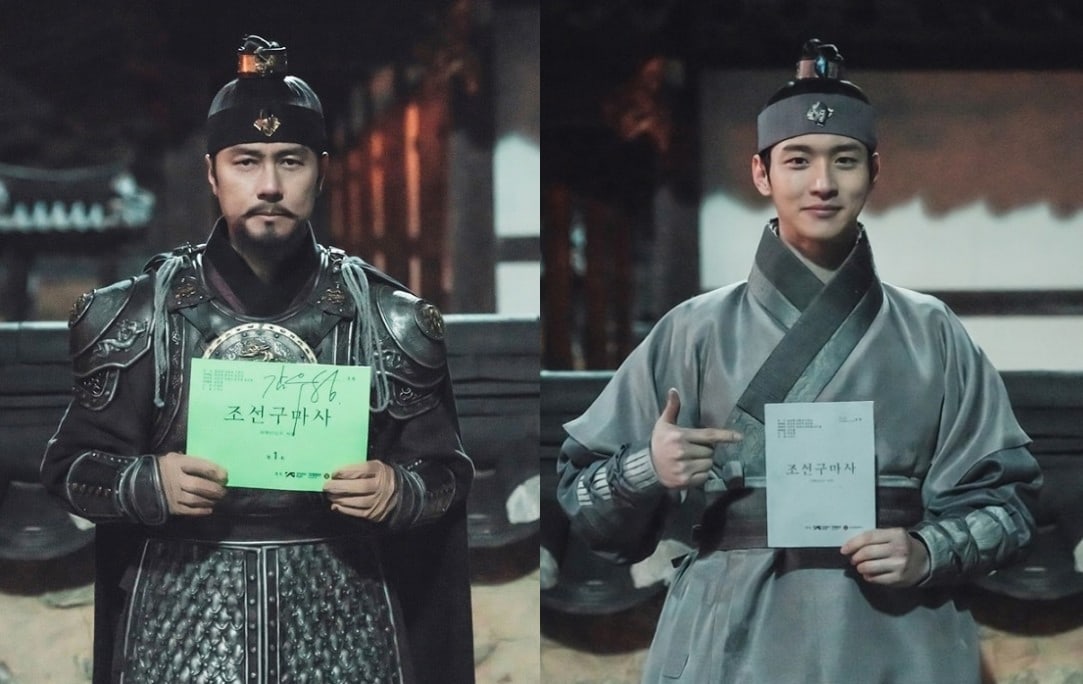 Park Sung Hoon takes the role of Prince Yangnyeong, who forms a dangerous contract with the spirits to protect his loved ones. The actor chose the opening of the first episode as something to watch out for.

He said, “If you watch the large-scale bloody battle closely as the characters fight with the evil spirits in order to protect Joseon, I think you’ll find yourself completely immersed in the universe of ‘Joseon Exorcist.'” He added, “I hope you enjoy it with an open mind. We’re going to do our best to provide more entertaining things for the viewers who are excited about the show. Please look forward to it a lot.”

Kim Dong Jun plays Byeo Ri, who is a societal outcast due to his peasant birth and carries with him a deep sense of loneliness and frustration. Byeo Ri is agile and also a skilled swordsman, and Kim Dong Jun will be taking on a new challenge through the role. The actor shared that he was charmed by his character. He added, “You won’t be able to take your eyes off the show, starting from the first scene. If you start watching it, you’ll end up watching replays of the episodes too.”

“You particularly shouldn’t miss the scene in the first episode where Byeo Ri appears,” Kim Dong Jun commented. “I think I’ll be able to show a different charm through this character, compared to my roles in the past. Please look forward to ‘Joseon Exorcist,’ and we’ll bring you a drama that’s as interesting as you’re expecting. You’ll be very surprised by the first episode, even starting from the first scene. Please tune in and don’t change the channel.” 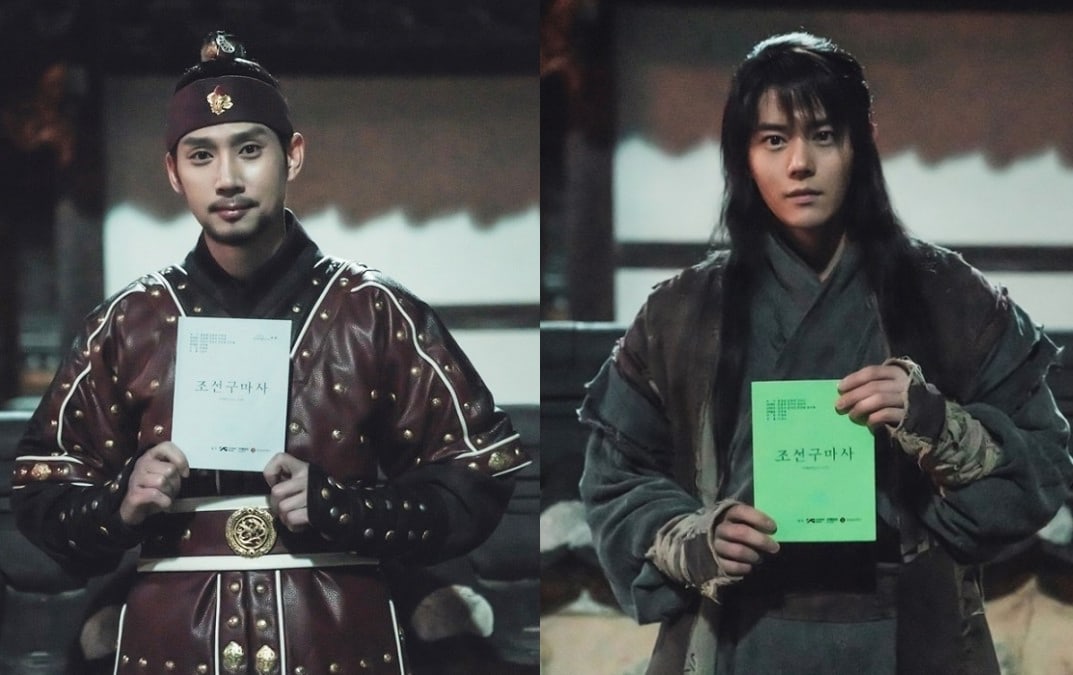 The first two episodes of “Joseon Exorcist” have been rated 19+ and will air in special broadcasts of 70 minutes each. The drama premieres on March 22 at 10 p.m. KST and will be available on Viki.

Check out a teaser for “Joseon Exorcist” below!