MBN’s upcoming drama “Bossam – Stealing Fate” has released photos and a video from the script reading with the cast!

Set in the Joseon dynasty, “Bossam – Stealing Fate” is a historical drama starring Jung Il Woo as Ba Woo, a rogue with a mysterious past who accidentally kidnaps a princess. Girls’ Generation’s Yuri stars as Soo Kyung, the princess in question, who is the widowed daughter of King Gwanghae (Kim Tae Woo). 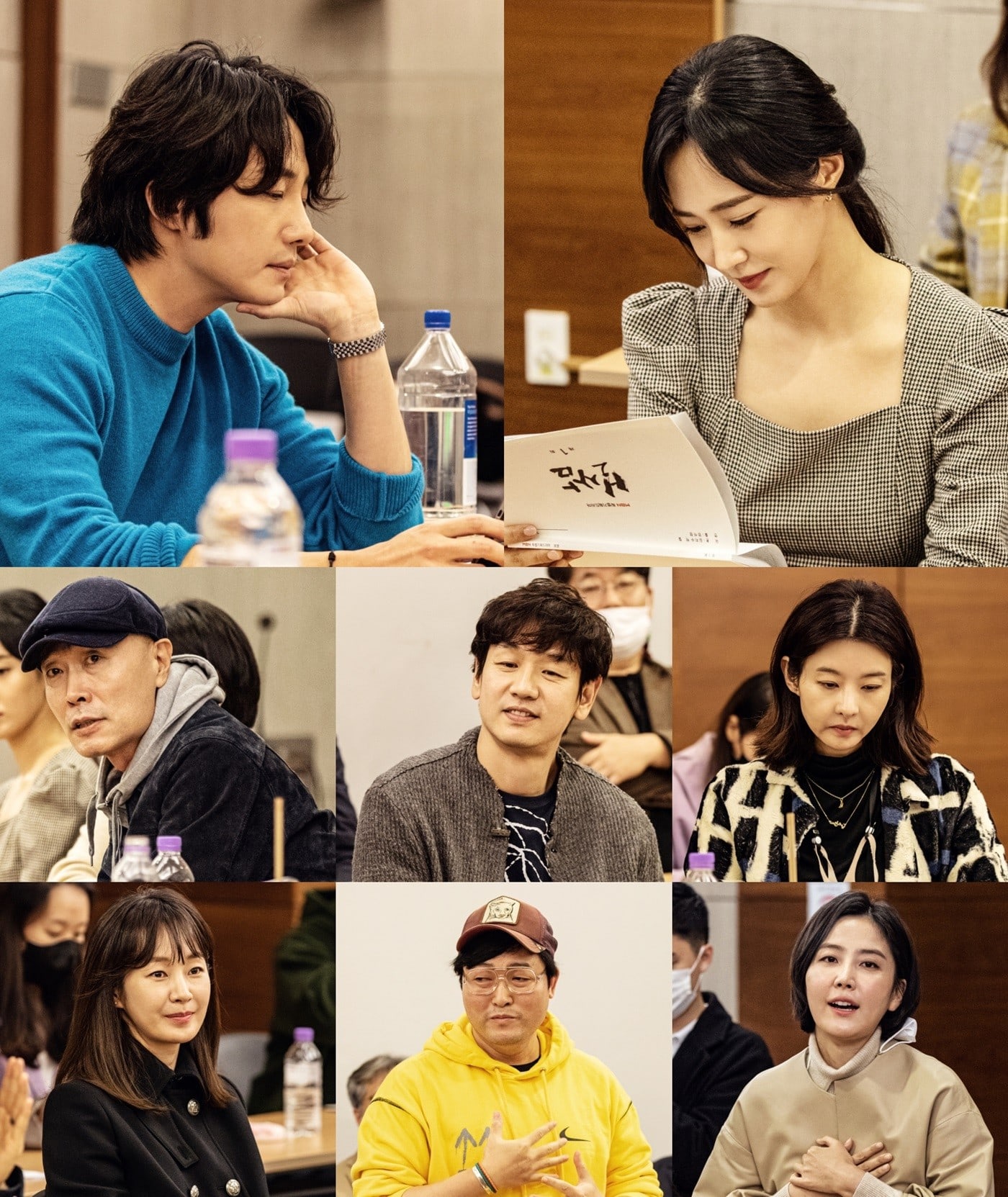 Jung Il Woo said, “I will do my best to create a drama that will steal the hearts of viewers.” Ba Woo is a character who is willing to stoop to any level just to survive and shows his tough attitude through his crude speech, sharp glare, and blunt manners, a different kind of acting than Jung Il Woo has shown in the past. Jung Il Woo also showed great chemistry with Go Dong Ha, who plays his young son Cha Dol, who often seems more like an adult than his father does.

Yuri said, “I want to share a good message through ‘Bossam.'” Although her character has the gentle speech, noble expressions, and elegant gestures of a princess, she also shows a different side of herself when her life is upended by a political marriage, widowhood, and kidnapping. She isn’t afraid to defend herself when she finds herself kidnapped, and she and Jung Il Woo showed the sparks between their characters during the script reading.

Lee Jae Yong plays Lee Yi Cheom, the head of a northern faction who is waiting for his chance at the throne. Standing opposite to him is King Gwanghae, played by Kim Tae Woo, and the two characters will fight for political power throughout the drama. Song Sun Mi plays Kim Gae Si, a court lady who sows discord in the king’s palace, while Myung Se Bin plays Lee Yi Cheom’s younger sister, Lady Lee, who tries to resolve the conflict between Lee Yi Cheom and his son, Dae Yeob (Shin Hyun Soo).

The production staff stated, “We could feel an amazing project coming as soon as the actors became immersed in their roles at the first rehearsal. We have assembled a great director, writers, and cast of actors and we will show viewers a production that exceeds even their highest expectations. Please look forward to the premiere of the heart-stealing ‘Bossam – Stealing Fate’ in May.”