“Daebak Real Estate” is about a real estate agent and a con man who team up to exorcise ghosts and evil auras from properties where people have died. It is penned by Ha Soo Jin, Lee Young Hwa, and Jung Yeon Seo and directed by Park Jin Suk, who worked on “School 2017,” “Naked Fireman,” and “The Tale of the Bookworm.”

Jang Nara takes on the role of Hong Ji Ah, the boss of Daebak Real Estate and an exorcist. With her beauty and brains, she appears to be perfect on the outside, but she is a hot-tempered person who inherited her exorcism abilities from her mother. Jang Nara will perform all kinds of action stunts that involve boxing, physical fighting, and wire action in order to battle against a variety of troublesome ghosts.

The newly released stills show a glimpse of Hong Ji Ah training her body in order to physically fight against ghosts. She shows agile yet intense moves, and her eyes are keen with determination and charisma. In one photo, Hong Ji Ah gives her all into boxing but collapses against the sandbag with harsh breathing. In another photo, she swiftly lands on the floor and grips onto her sharp hairpin. As someone whose hobby is boxing and specialty is stabbing, it will be intriguing to see more of her fighting skills as she confronts evil spirits. 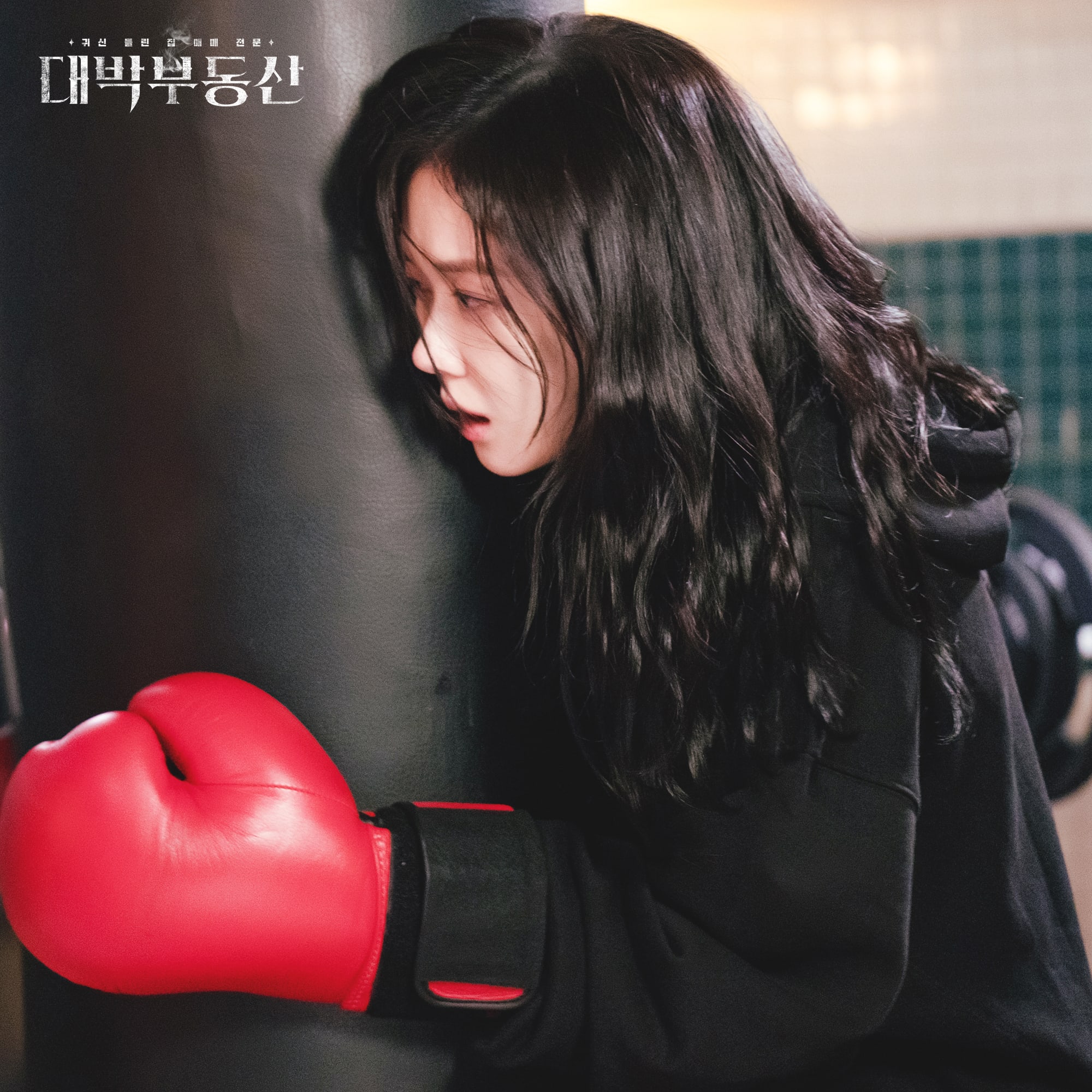 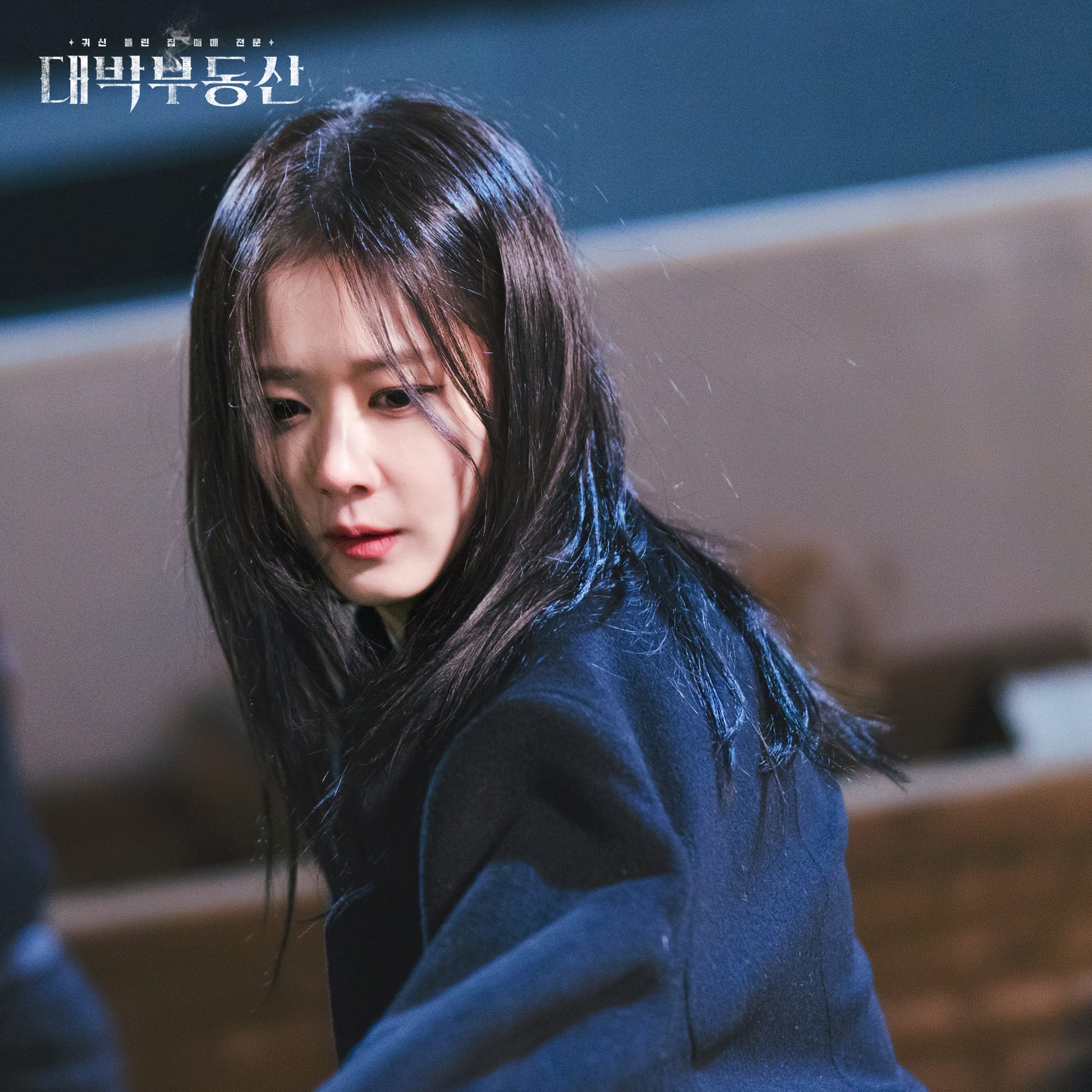 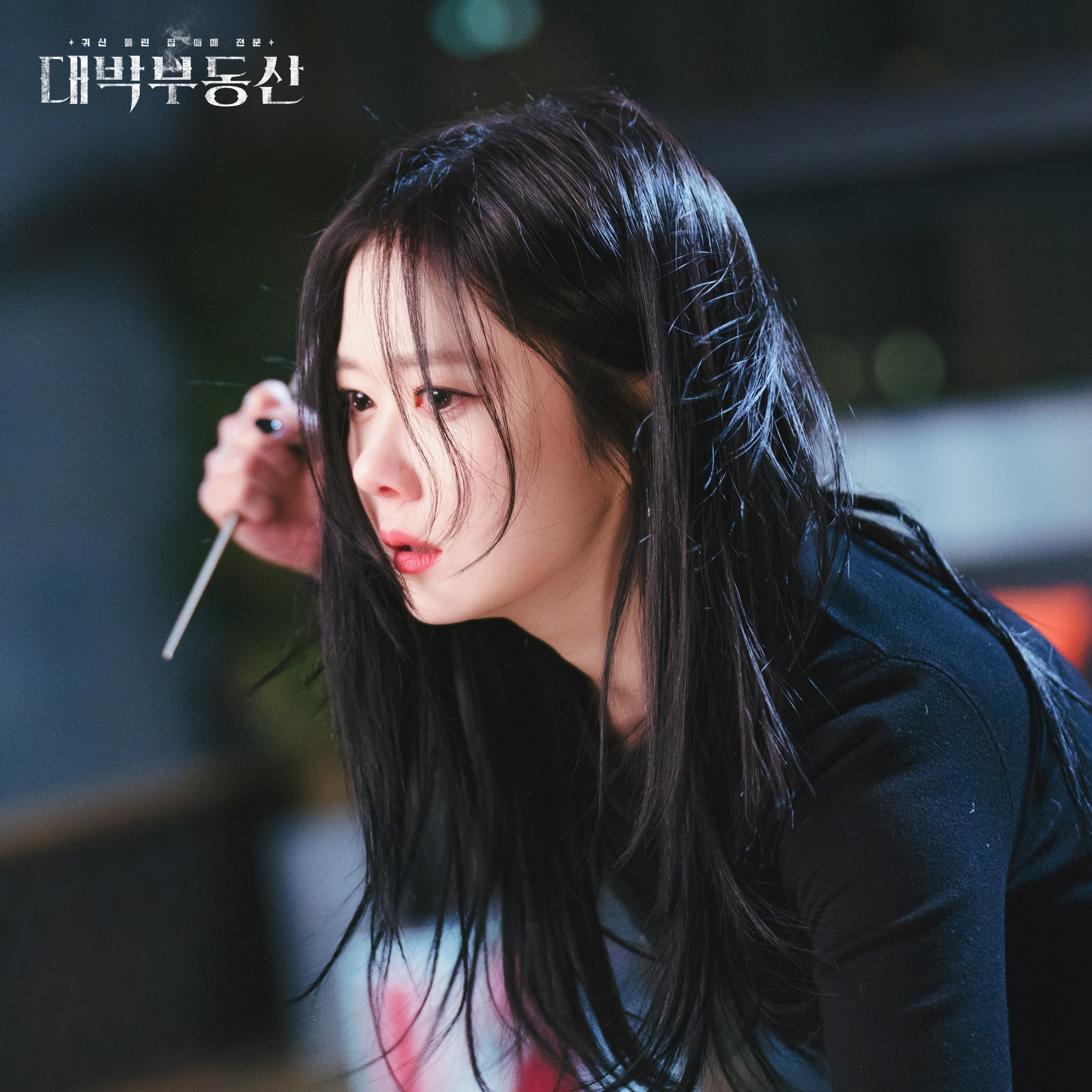 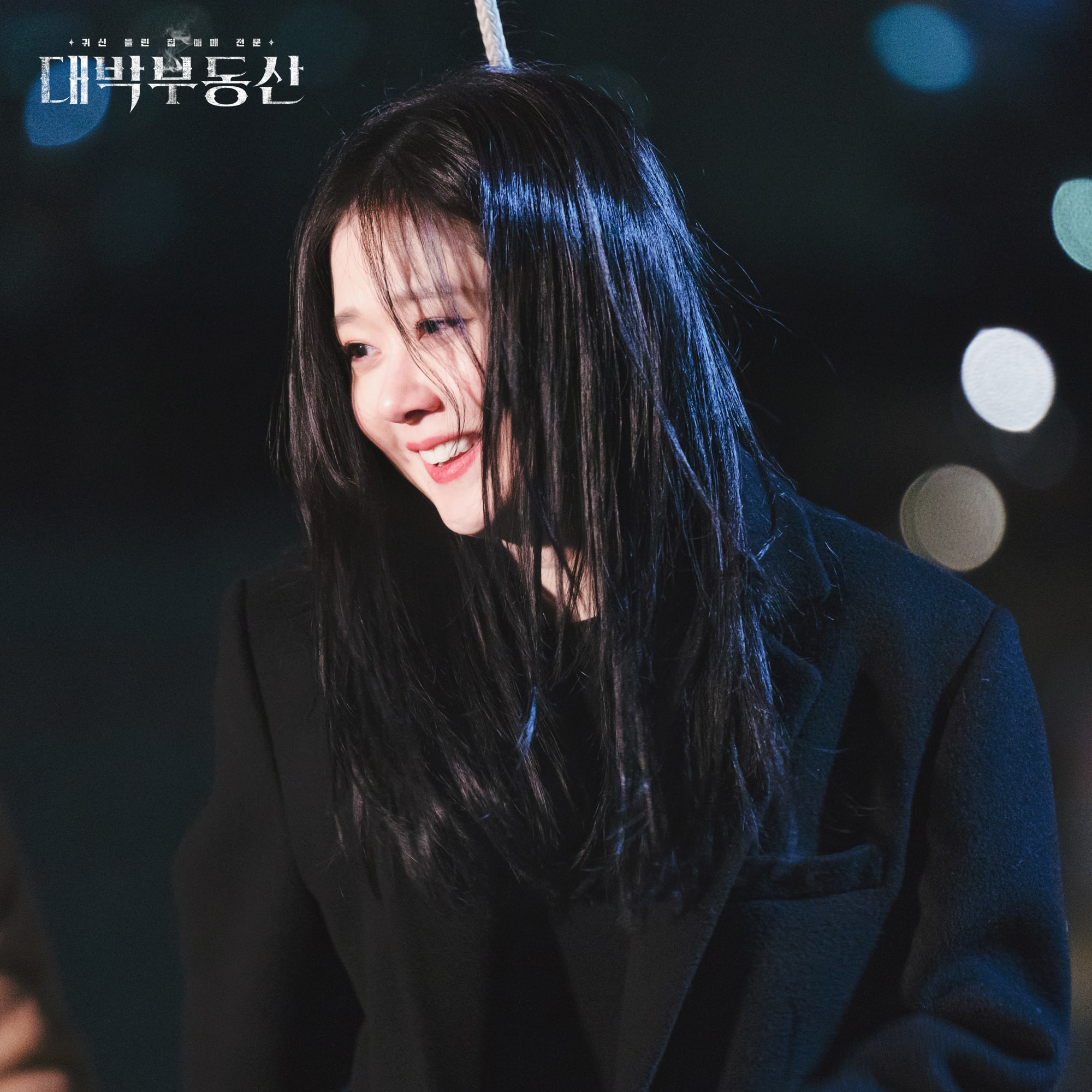 Jang Nara has already performed some action stunts in “The Last Empress” and “I Remember You,” but this is the first time she will participate in a drama that focuses on action scenes. After accepting this role, she went to action school right away and begin harsh training to better portray Hong Ji Ah’s cool and sleek fighting skills.

Hong Sang Seok, the martial arts director, who planned her action scenes, commented, “Despite the difficulty of breathing with a mask on during the training sessions, Jang Nara actively asked questions and practiced the things she thought she lacked in, and I was grateful to her for that. She has a knack for action scenes, and she’s like a hidden treasure in the action world.”

The drama’s production team added, “Despite the heavy pressure to lead the entire drama, Jang Nara is a gift-like actress who always delivers energy to the set with her bright energy. She will captivate viewers with powerful action stunts that contradict her slim appearance. Please pay a lot of attention to ‘Daebak Real Estate’ where Jang Nara’s passion will stand out.”

“Daebak Real Estate” will premiere on April 14 following the conclusion of “Hello, Me!”

In the meantime, watch Jang Nara in “Oh My Baby” below!

Jang Nara
How does this article make you feel?