“The Penthouse 2” has once again dominated this week’s rankings of buzzworthy dramas and cast members!

Good Data Corporation has shared its rankings of dramas and cast members that generated the most buzz from March 15 to 21. The list was compiled from analyzing news articles, blog posts, online communities, videos, and social media posts about dramas that are currently on air or set to air soon.

For the fifth week in a row, SBS’s “The Penthouse 2” sits at the top of the most buzzworthy drama list. This week, seven cast members make the list of most buzzworthy actors, with Lee Ji Ah remaining No. 1. Uhm Ki Joon remains No. 3 while Kim So Yeon is No. 4 and Kim Hyun Soo rises one spot to No. 5. Eugene comes in at No. 6 with Yoon Jong Hoon and Kim Young Dae coming in at No. 7 and No. 10 respectively.

tvN’s “Vincenzo” once again takes No. 2 for dramas, now in its fifth week in the position. Song Joong Ki shoots up five spots to land No. 2.

JTBC’s “Beyond Evil” is No. 3 among dramas. The newly premiered shows tvN’s “Navillera” and SBS’s “Joseon Exorcist” take No. 9 and No. 10 respectively.

The top 10 dramas that generated the most buzz during the third week of March are as follows: 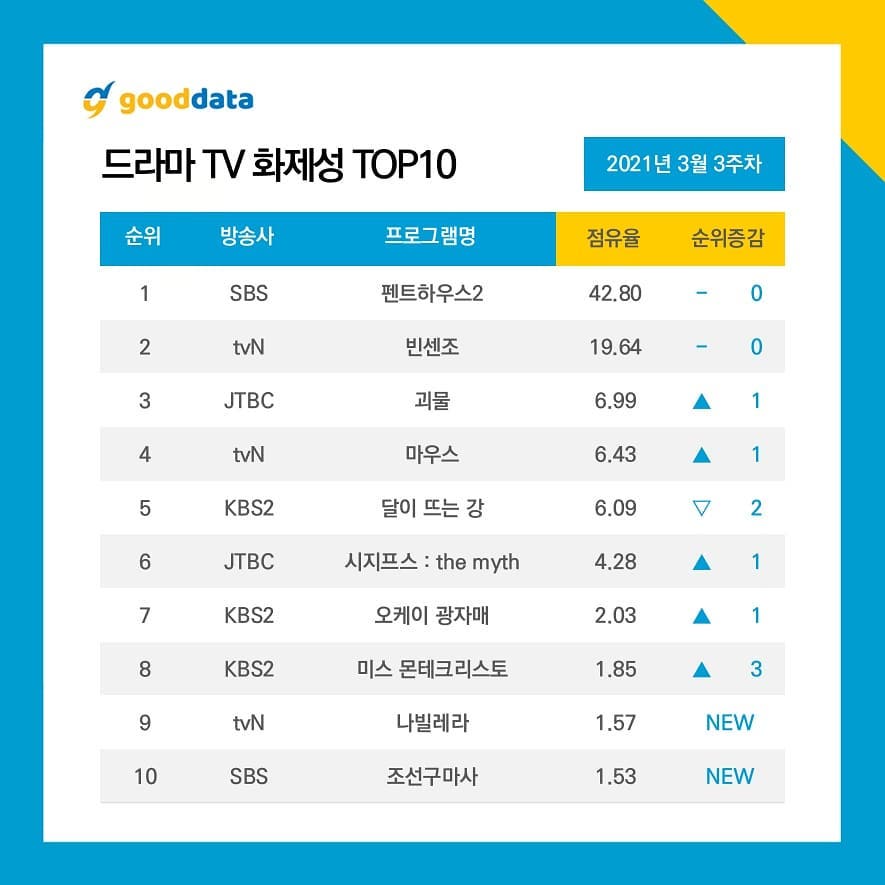 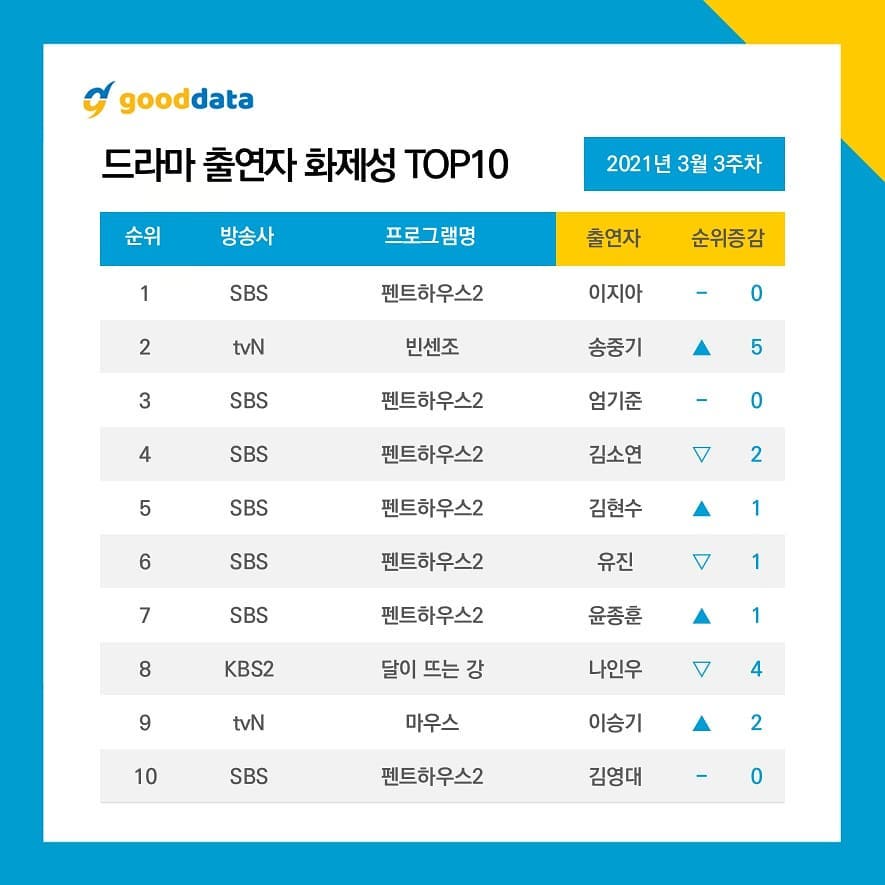