Would you believe Kim So Hyun has been acting since 2006? Starting off as a child actress, she seamlessly made the transition to main roles as she grew in age. Starring in everything from period dramas to high school romances, she can definitely do it all. Kim So Hyun is one amazing actress, and it’s crazy to think that she’s only 21 years old!

If you’re new to her dramas, why not work your way through them and discover the wonderful talent that she brings to each show? If you’re a dedicated fan, you might find one that you (sadly) missed. So be sure to check out the list below for six Kim So Hyun dramas that are worth the watch!

1. “River Where the Moon Rises” 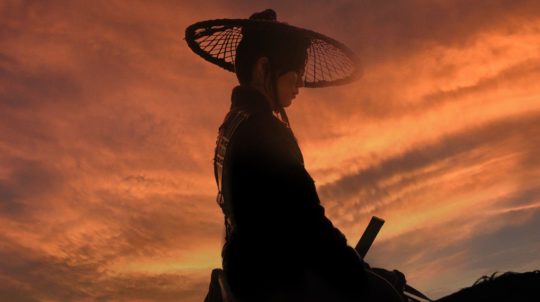 Kim So Hyun’s recent drama role was none other than Pyeonggang in “River Where the Moon Rises.” Raised as a fierce soldier and a composed princess, Pyeonggang has big dreams and will do anything to achieve them. Her careful and precise planning is turned upside down when she meets On Dal (Na In Woo), the calm amongst the storm. Pyeonggang’s battle to become empress means she must face challenges that test her strength and her brains. And Kim So Hyun’s portrayal of Pyeonggang’s charismatic and purposeful nature has impressed fans. To top it off, she also took on the role of Queen Yeon, her mother! Is there anything she can’t do? 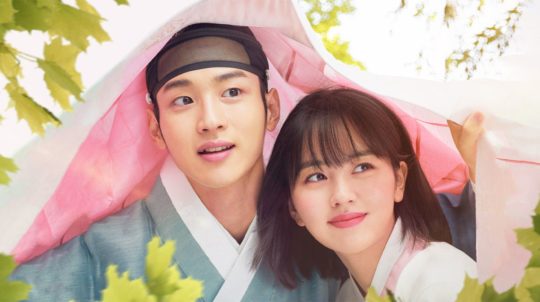 When a young heir Jeon Nok Du (Jang Dong Yoon) is ambushed by female assassins, his attempt to hide leads him to a village full of widows. Forced to go undercover as a woman to fit in, he meets the interesting Dong Dong Ju (Kim So Hyun). In contrast to her role in “River Where the Moon Rises,” Kim So Hyun is much less the fighting warrior and more of the quirky, friendly type.

The two strike up a quick friendship, and Nok Du discovers he’s not the only one with a big secret. Dong Ju is also in hiding as she ran away from a gisaeng apprenticeship! Despite her best efforts, she just can’t perform the artistic skills needed to succeed. As their friendship grows, new feelings blossom between the two, and soon everything becomes that much more complicated!

Kim So Hyun’s portrayal of Dong Ju gives fans a different vibe from other roles she’s taken in the past. She’s super sweet but self-assured, and shows that she definitely belongs in period dramas!

Start watching “The Tale of Nokdu”: 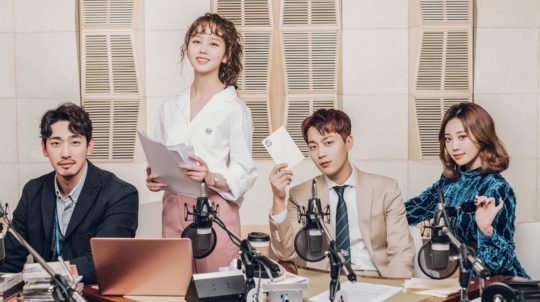 Kim So Hyun isn’t just good at period pieces, she’s also amazing as the hard working, wannabe radio program writer Song Geu Rim. Geu Rim spent her childhood listening to the radio with her blind mother and this drives her passion to become a radio program writer. After losing her job, she ends up working with PD Lee Gang (Yoon Park) who offers her the role of her dreams… with one big condition. She must secure an interview with popular actor Ji Soo Ho (Yoon Doo Joon) which proves a lot more difficult than anticipated. 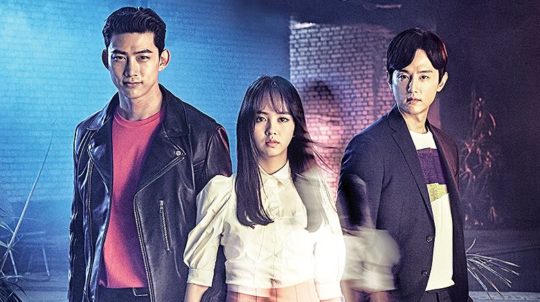 We’ve seen Kim So Hyun as a warrior princess and an aspiring radio writer, but with this drama, she plays a ghost! “Bring It On, Ghost” is a unique story that follows exorcist Park Bong Pal (Taecyeon) and Kim Hyun Ji (Kim So Hyun) as they help spirits move across to the other side. And Hyun Ji knows that Bong Pal may be the key in unlocking the secrets of her life.

Kim So Hyun’s talents really shine in this drama. Not only does she deliver perfect comedy, she also tugs at your heart strings with her emotional acting. Her acting really draws you into the show and makes you curious about Hyun Ji’s character. If you like your dramas to be a little bit different and kind of spooky, then you must watch “Bring It On, Ghost”! 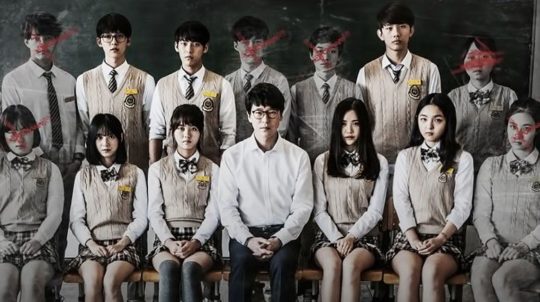 Kang Ye Rim (Kim So Hyun) has the perfect school life, or so she thinks. Ye Rim can’t quite explain it, but she knows there’s something weird going on with her teacher Han Bong Goo (Uhm Ki Joon) and the rest of her fellow classmates. Ye Rim notices how people around her go into a trance-like state, and suddenly other students’ dreams start coming true. She knows it’s up to her to solve the mystery sweeping her classmates before it’s too late.

Kim So Hyun’s determined portrayal of Ye Rim in this drama is brilliant. She blends this determination with the caring personality of a young student so perfectly, you become as entranced with Ye Rim as you do the story. This creepy drama is ideal if you’re looking to spook up your evening! 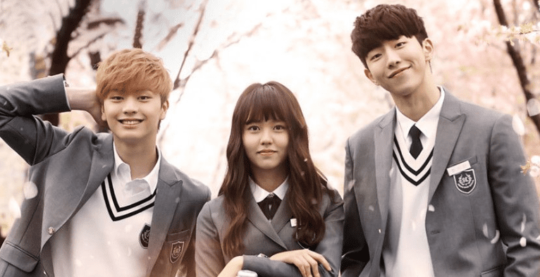 Kim So Hyun takes on not just one but two roles in “Who Are You: School 2015”! Starring as identical twins Go Eun Byul and Lee Eun Bi, her talent is not to be missed. The orphaned twins are separated at a young age, with Eun Byul being adopted into a caring family. Eun Bi, however, is left at the orphanage, suffers bullying at school, and struggles throughout her life.

Although they look exactly alike, their personalities are far from the same! Eun Byul is friendly while Eun Bi is reserved and less welcoming. Eun Byul is completely unaware of Eun Bi’s existence until a tragic turn of events leads to Eun Bi being mistaken for Eun Byul. Whisked into a brand new life of family and school friends, Eun Bi must now try and survive a life she’s never known without being found out.

Kim So Hyun’s acting knows no bounds. She took on the mammoth task of two roles and absolutely nailed it! You can see the clear distinction between the identical twins that you almost forget they are both played by the same actress. Kim So Hyun is definitely an actress with wonderful acting abilities!

Start watching “Who Are You”:

Did your favorite drama make the list? Which Kim So Hyun drama are you going to watch next? Let us know in the comments below!

Soompi Spotlight
Who Are You: School 2015
Nightmare Teacher
Kim So Hyun
Bring It On Ghost
Radio Romance
The Tale Of Nokdu
River Where the Moon Rises
How does this article make you feel?