Ahead of the premiere of her new web drama, APRIL’s Chaekyung shared her thoughts on making her debut as an actress!

“1:11, the Time I Go to You” (literal translation) is an upcoming web drama about a couple that is unable to forget their first love. Whenever they spot 1:11 on a clock, time stops for them, and they reunite through music while reminiscing about the past.

In what marks her very first acting role, Chaekyung will be starring in the drama as Song Yeo Wool, a quirky and bubbly girl who sets out on a wild chase to find her older sister a boyfriend in order to adopt a stray cat.

Describing her character, Chaekyung remarked, “Yeo Wool is someone who’s extremely cheerful and overflowing with energy. She’s a lovable character with a quirky charm that makes it impossible to hate her.”

As for her experience filming the web drama, the idol-turned-actress confessed, “Because this is my first drama, I was really excited, but also really nervous.”

She went on to recall, “Since the drama is set in a school, I had a lot of fun wearing a school uniform and going to school for the first time in a long while. I also enjoyed the fact that I was filming with co-stars who were around my age. I was really happy and had so much fun each and every day that I spent filming the drama.” 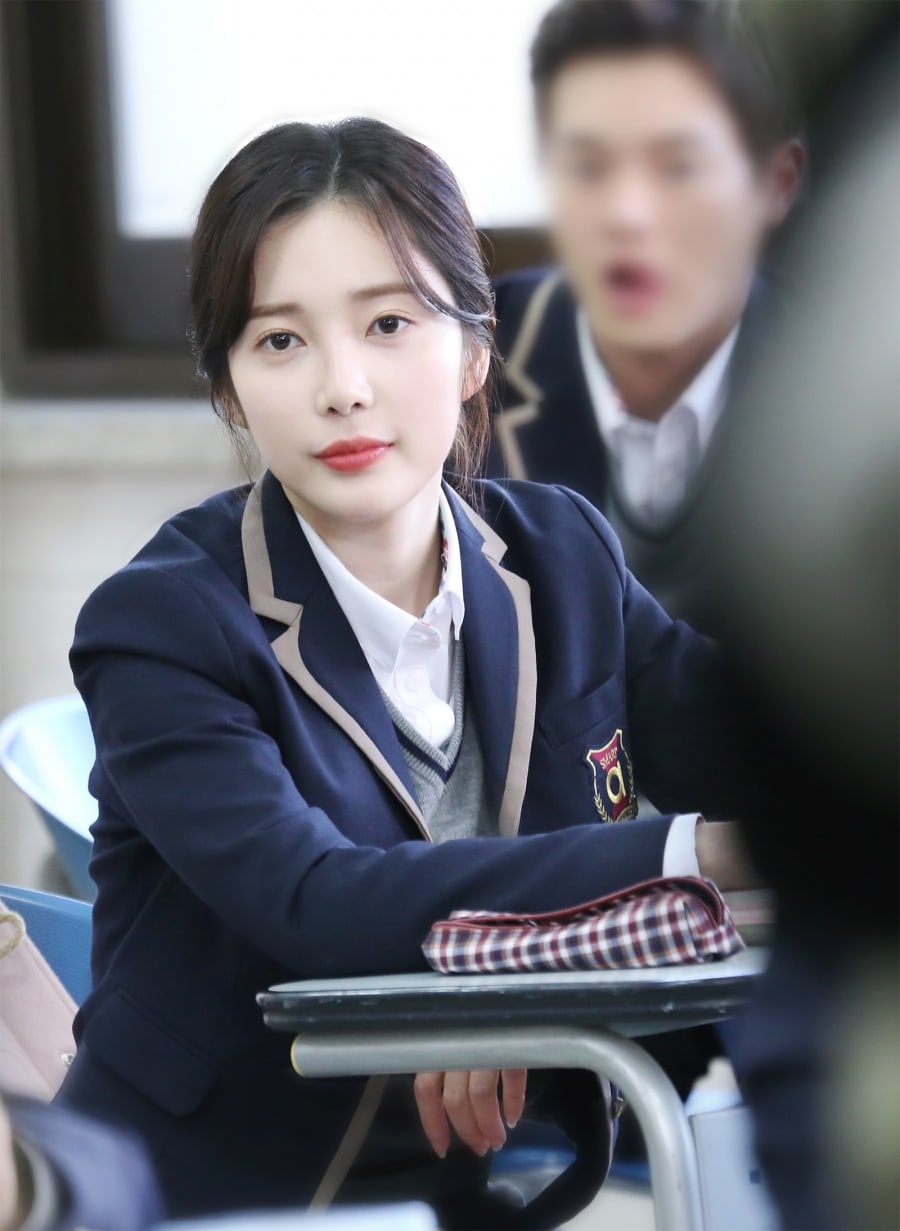 APRIL
Chaekyung
How does this article make you feel?