The KBS 2TV family drama is about three sisters whose whole family comes under suspicion when their mother is murdered in the middle of her divorce with their father.

The previous episode depicted the three sisters living their own lives a year after the murder of their mother. Lee Gwang Sik (Jeon Hye Bin) returned to Korea after traveling and decided to open up a restaurant. Lee Kwang Nam (Hong Eun Hee), Lee Gwang Sik, Lee Gwang Tae (Go Won Hee), and Oh Bong Ja (Lee Bo Hee) were attending the opening of her restaurant when detective Seo Sung Dae (Lee Myung Ho) appeared and shared, “We finally got a witness. Although I had expected it, the criminal was right in front of us.”

The newly released stills show the three sisters being interrogated by detectives. Lee Kwang Nam’s expression is full of fear, and she eventually bursts into tears. Lee Gwang Tae is beyond scared, and her expression is grim with seriousness. Lee Gwang Sik was already questioned when she came back after staying abroad for a year, but it looks like she’ll land in the interrogation room once more. What new clue did the witness bring forth, and are the sisters hiding any secrets? 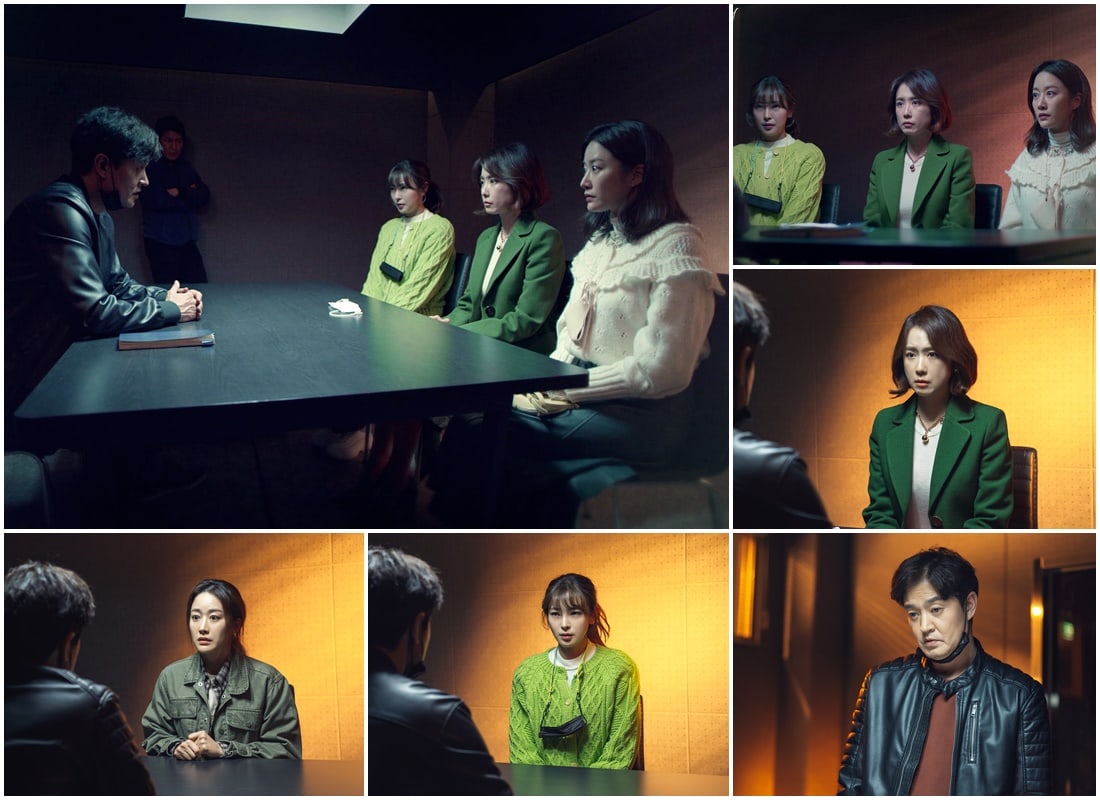 The production team shared, “Hong Eun Hee, Jeon Hye Bin, and Go Won Hee are creating extreme synergy as they act together. Lee Chul Soo (Yoon Joo Sang), Oh Bong Ja, and Han Dol Se (Lee Byung Joon) were targeted as suspects last week, but this time, the three Lee sisters will raise doubt when they are interrogated by the police. Please look forward to the fifth episode that will show the chaos that happens a year later.”