IU has celebrated the release of her latest album by making generous donations to two meaningful causes!

On March 25, IU’s agency EDAM Entertainment revealed that the star had donated a total of 100 million won (approximately $88,000) to two non-profit organizations under the name IUAENA, a combination of IU and UAENA [her official fan club].

The cold winter has passed, and warm spring is on its way to us.

Today, on March 25, the day of the release of IU’s fifth studio album, we would like to share the warmth of spring with UAENA, who have patiently waited for the album’s release.

To the people receiving [IU’s] expression of her feelings, and to our beloved UAENA as well, we hope that the warm spring finds its way to all of your hearts!

To UAENA, who always remain steadfastly by [IU’s] side, thank you, and we love you. 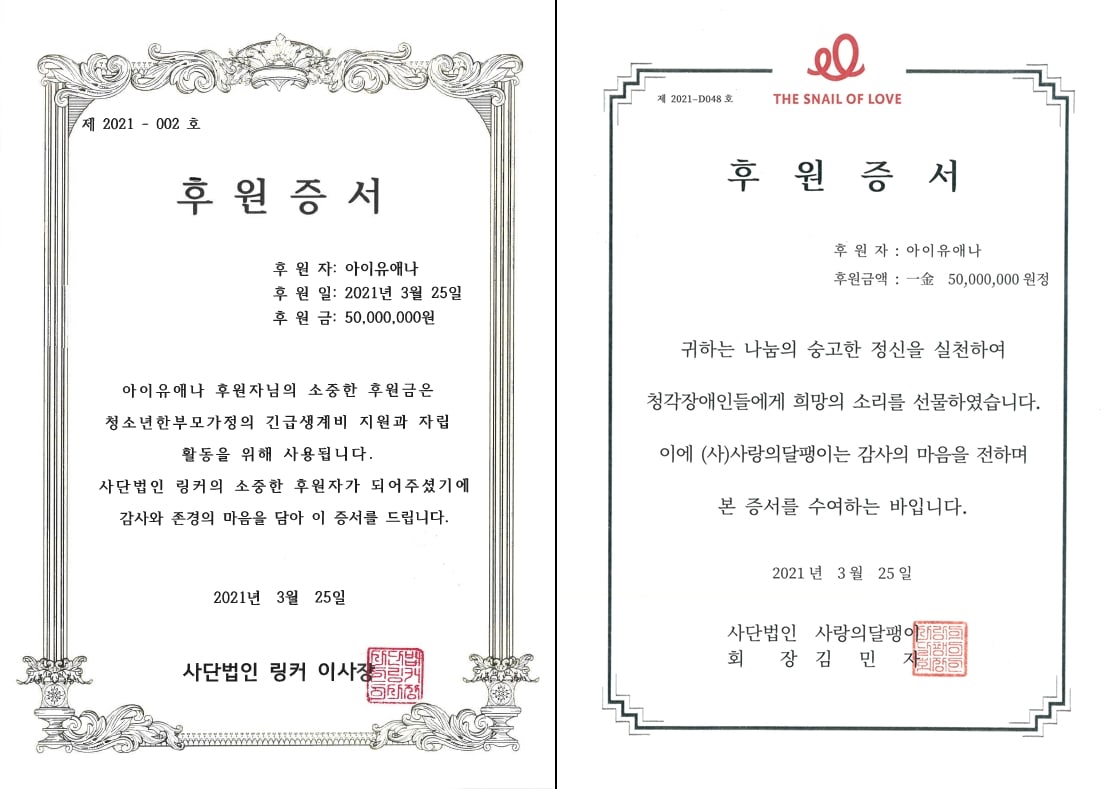 You can also watch IU in her latest drama “Hotel Del Luna” with subtitles below: