SEVENTEEN’s Mingyu, Wonwoo, The8, And Jeonghan Reflect On Their Career

SEVENTEEN’s Mingyu, Wonwoo, The8, and Jeonghan collaborated with Cosmopolitan to put together a pictorial that is ahead of the times!

3D effects were used to give an interesting twist on the photos, and Jeonghan commented, “I think this is the first photo shoot that has got me this excited for the results. Maybe because it was a concept and style that I haven’t tried before, but looking at myself in the monitor was really interesting.” Wonwoo and The8 agreed while Mingyu had something to add about his change in looks. He stated, “Maybe because I have lost weight on my face, but I felt unfamiliar to my own self on screen. Although, it’s a small difference only I can tell. Anyway, it came out well so that’s enough.” 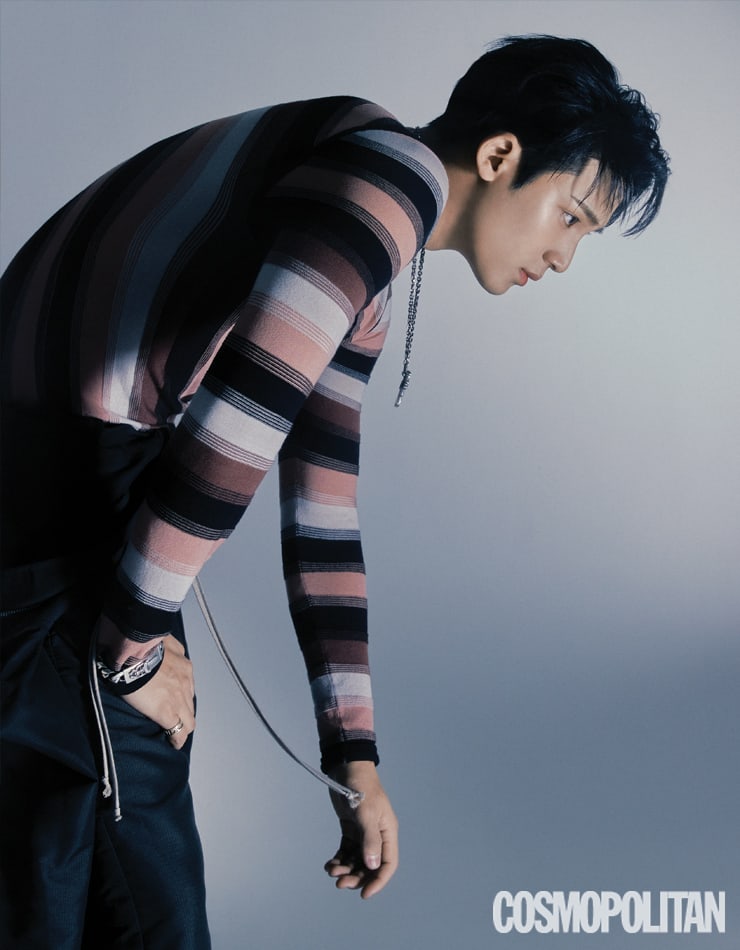 The four also touched upon their recent release of “GOING,” a self-produced magazine. The8 explained, “Jeonghan was the digital interviewer, Wonwoo the videographer, Mingyu the editor and photographer, and I was the stylist. Woozi was the hair stylist and Dino assisted in filming.” Mingyu said that the experience helped him see what it’s like from the perspective of editors while Wonwoo commented that the experience was meaningful in that it produced something wholly created by SEVENTEEN. Jeonghan couldn’t help but mention, “I conducted digital interviews with Vernon, and my throat hurt?”

“GOING” is part of their self-producing YouTube channel “GOING SEVENTEEN,” which has been garnering high view counts. Mingyu had something to explain about the way the videos are usually edited to cut him off while speaking. He said, “I do talk a lot, but it’s also an intended concept to edit it so that I’m cut off.”

The members continued to testify that the videos showcase their most candid moments and didn’t forget to give a slight spoiler that “GOING SEVENTEEN 2021” will have the concept of “being careful of what you say.” 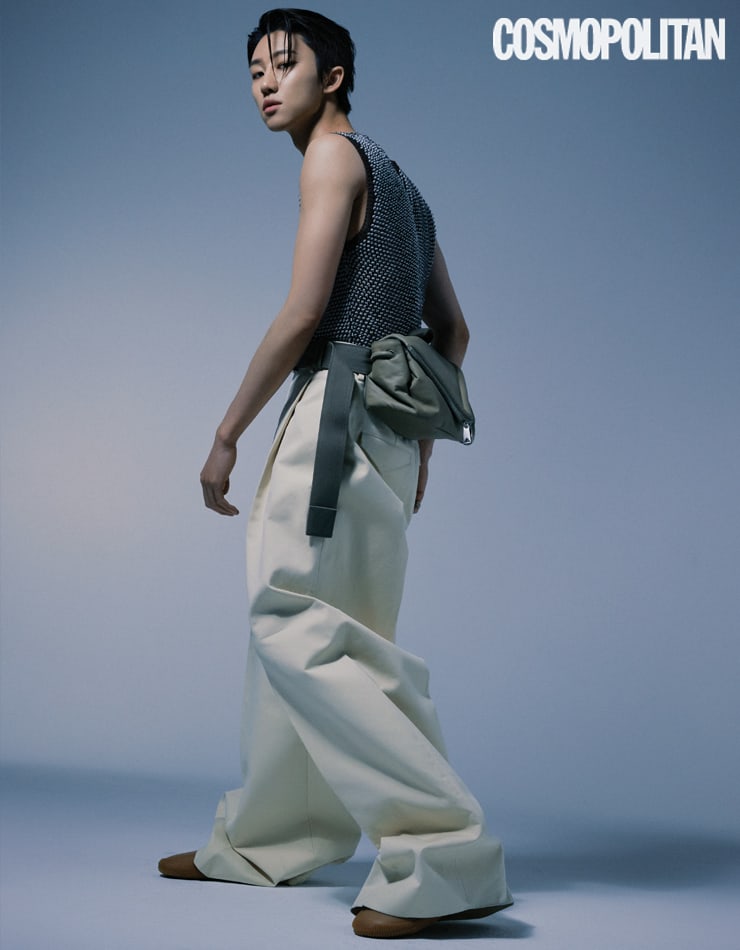 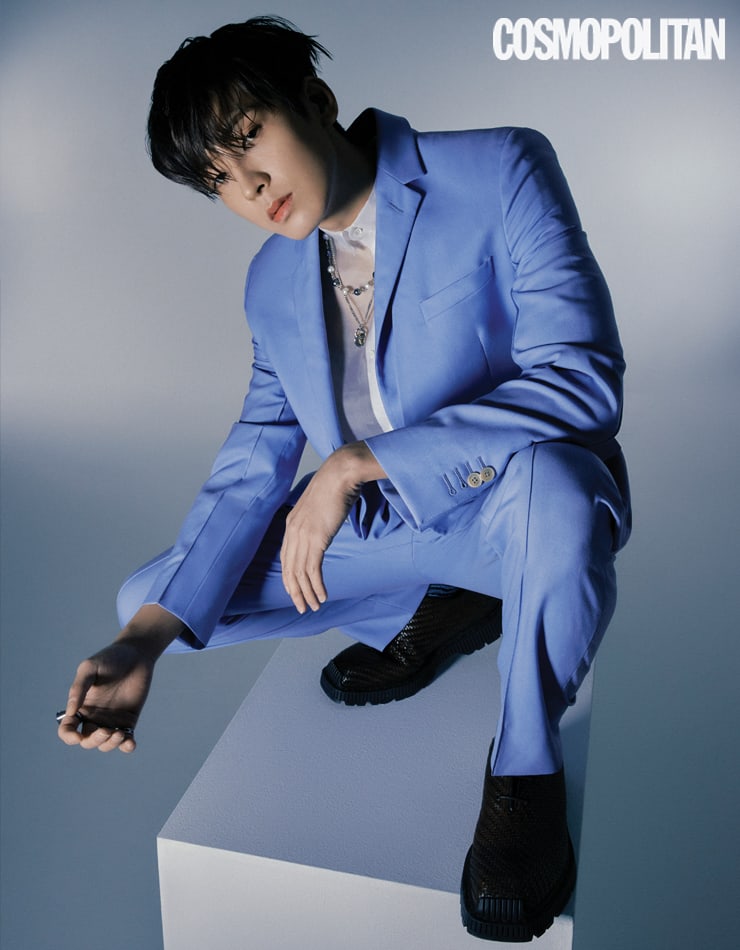 The interview moved on to discuss the group’s teamwork and inner mechanisms. When there is a disagreement within the team, Jeonghan explained that they “always get together and talk about it.” The8 added, “Even if we argue while we discuss, our resolutions always match up. Because we all have the same goal.”

SEVENTEEN is coming out with their 3rd Japanese single on April 21 called “Hitori Janai,” or “Not Alone.” Mingyu described it as “the last stretch of youth.” Jeonghan stated, “It’s a song that fits spring well.”

Each of the members went on to list their favorite SEVENTEEN song. Jeonghan chose “Second Life” without hesitation, while Wonwoo said he listens to “Without You” the most. Mingyu listed “Don’t Wanna Cry” and “Kidult.” The8 said, “I have found the common factor among us four. I think we like songs with more sentimental melodies than the songs with a fast tempo. If Hoshi was here he would have chosen songs like ‘Clap’ and ‘Very Nice.'”

Looking into the future, Wonwoo commented, “I think we will be the same then as we are now. Because even 10 years ago when we were trainees, we weren’t much different from now. Even 10 years later, SEVENTEEN will be the same. We do not change.” Jeonghan continued, “I think similarly to Wonwoo. This is something I felt recently while talking to the members, but everyone is so similar to when we were younger. I naturally thought, ‘We’ll probably be just like this 10 years later too, huh?’ Of course we’ll be much more mature and hopefully would have developed into a group with more depth. But we should still be a group with bright energy that makes people happy with our performances.” Mingyu added, “Isn’t 10 years later when we’ll be in our prime time? We’ll all be in our mid-thirties then, and for some reason I feel like we will be living the best moments of our lives.” The8 said, “I’ll wrap this up. I hope we become a group that is like a river. A river that always flows gently. And 10 years later, I hope we will have become a gently flowing river that has grown wider. River-like SEVENTEEN.” 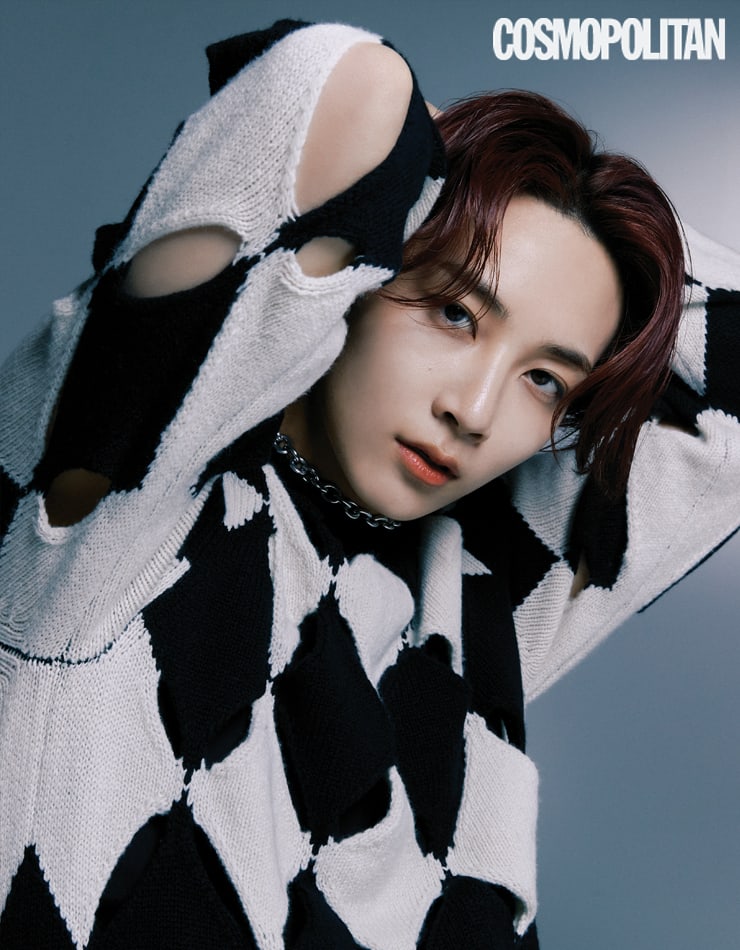 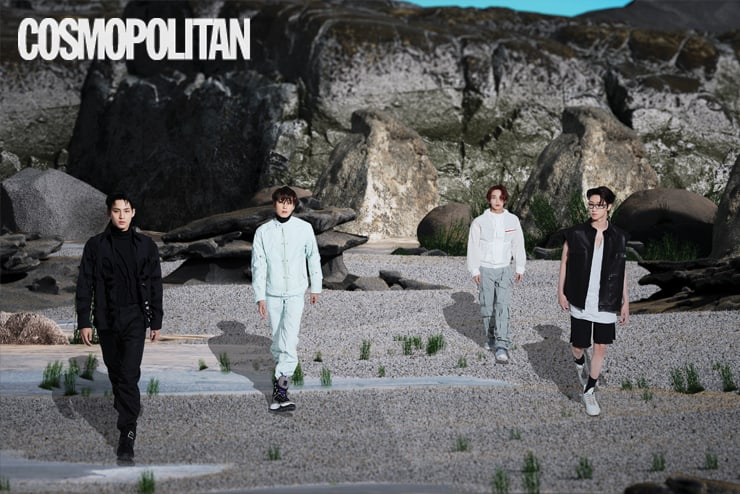 SEVENTEEN
jeonghan
Mingyu
Wonwoo
The8
Cosmopolitan
How does this article make you feel?