“The Penthouse 2” has revealed stills of a dramatic scene ahead! 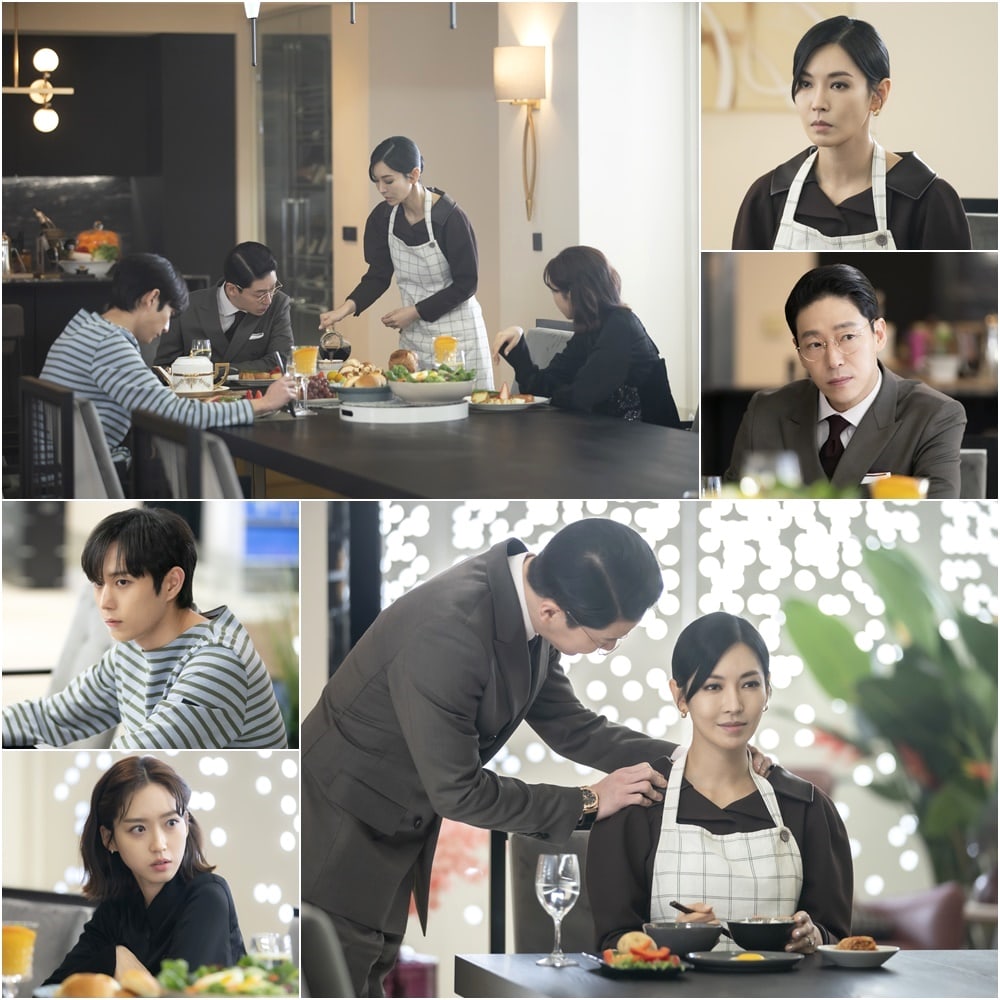 While filming this scene, Kim So Yeon and Uhm Ki Joon perfectly portrayed the cold atmosphere through their detailed acting, and Kim Young Dae and Han Ji Hyun also added to the tension.

The production team commented, “Kim So Yeon and Uhm Ki Joon are actors with perfect chemistry who we trust 100 percent,” and added, “Please look out for episode 11 where truths will be revealed behind incidents that have raised questions.”