MBC has issued a brief response after a scene in the first episode of its new drama, “Oh My Ladylord,” came under fire.

“Oh My Ladylord” is a romantic comedy starring Lee Min Ki as a top thriller writer named Han Bi Soo who “won’t” date and Nana as a rom-com actress named Oh Joo In who “can’t” date. The two of them end up living together, with Han Bi Soo becoming Oh Joo In’s tenant.

In the premiere episode, which aired on March 24, Han Bi Soo is taking a shower when Oh Joo In walks in on him. The scene occurs because Oh Joo In just signed a contract to purchase the house and goes to look at her new property, but Han Bi Soo, as the son of the previous owner, is not yet aware that the house has been sold.

Lee Min Ki is nude in the scene, with a peach emoji covering up the important areas. Viewers have sent in complaints to the show asking if it was necessary to show the full body shot, whether the scene was appropriate for a 15+ rating, and whether the same scene would have occurred if it had been a female in the shower instead. 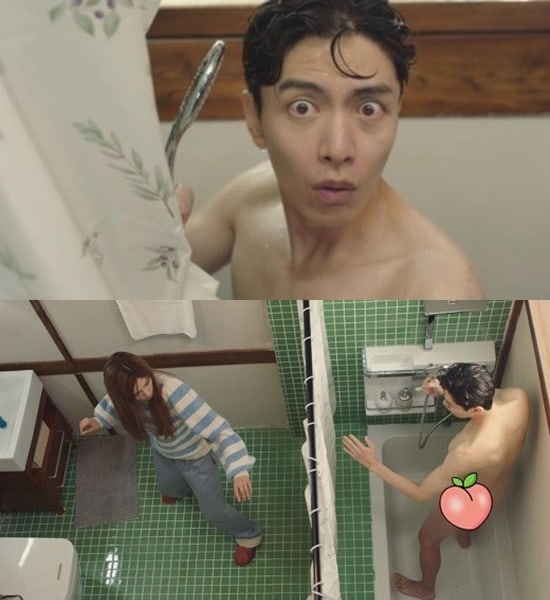 A source from MBC stated to Xportsnews, “We acknowledge the issue in ‘Oh My Ladylord’ and we will take reasonable steps to reduce viewers’ discomfort.”

As of time of writing, “Oh My Ladylord” has been removed from wavve, where MBC’s content is available for replay. All clips with the relevant scene have also been removed online. It is expected that the scene will be cut from further replays of the drama.