OCN’s “Times” has shared a preview of the upcoming episode in which Lee Joo Young and Lee Seo Jin will work together again as Lee Joo Young confronts the truth about her father Kim Young Chul.

After her father, President Seo Gi Tae (Kim Young Chul), was swept up in a corruption scandal that shocked the nation, Seo Jung In (Lee Joo Young) started the process of fact-checking the claims with the cool head of a seasoned reporter. She found the evidence for her father’s wrongdoing and stayed true to her principles of telling the truth at all costs.

But Seo Gi Tae could not easily abandon his ambitions to remain the South Korean president and caused the death of his own daughter as a result. Lee Jin Woo (Lee Seo Jin) managed to save Seo Jung In’s life through the use of the time warp that connected their fates in the first place. But the revived Seo Jung In still has faith in her father and does not know what he tried to do, while Lee Jin Woo becomes the disgraced reporter who was charged with creating “fake news” despite having saved Seo Gi Tae from his assassination attempt. Nonetheless, Lee Jin Woo was comforted to find Seo Jung In alive and well.

In the new stills, the two of them seem to be working together again as senior and junior reporters. The production staff stated, “Lee Jin Woo and Seo Jung In decide to team up again in order to discover a new truth. Please look forward to the chemistry between these senior and junior colleagues.” 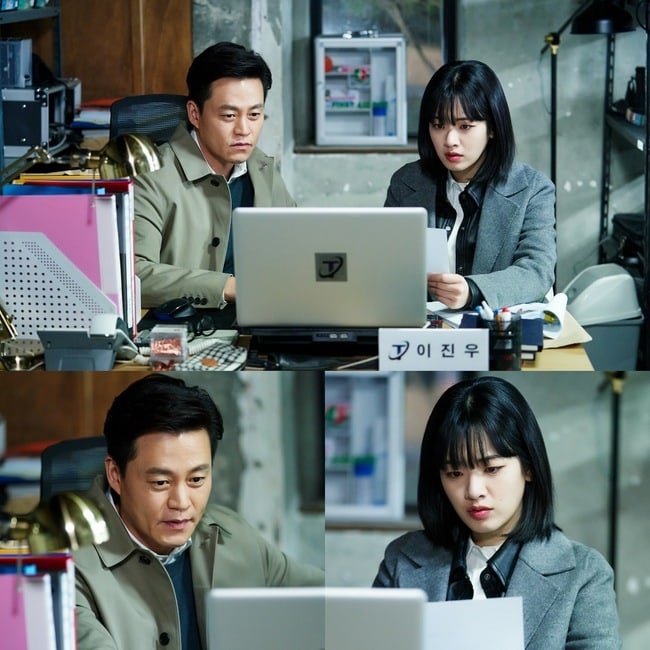 In another set of stills, Seo Jung In and Kang Shin Wook (Jung Sung Il) have a tense confrontation. In the preview, Seo Jung In resisted listening to what Kang Shin Wook said, but he repeated, “President Seo Gi Tae ordered it.” Smelling something wrong, Seo Jung In decided to “fact-check” her father once again.

The production staff stated, “Seo Jung In will once again approach the truth about her father. Please look forward to seeing how she will react when she sees his true face, as well as whether Seo Gi Tae can undergo a change of heart despite betraying his principles.” 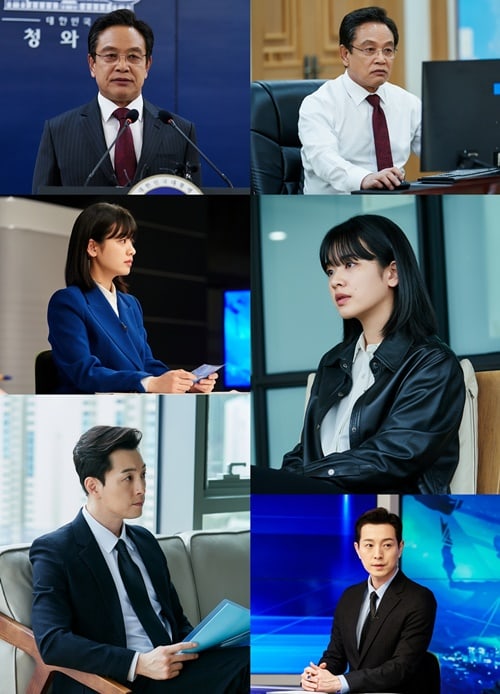