JTBC’s “Beyond Evil” has shared a preview of Shin Ha Kyun and Yeo Jin Goo’s ongoing dangerous quest for the truth.

For an unknown reason, these people fabricated and concealed a certificate of authenticity for Lee Dong Shik’s guitar pick 21 years ago. Meanwhile, Lee Chang Jin (Heo Sung Tae) lured in Kang Jin Mook (Lee Kyu Hee) and was revealed as the true murderer of Nam Sang Bae (Chun Ho Jin). But another more shocking twist was in store, as it was revealed that Park Jung Je (Choi Dae Hoon), Do Hae Won, and Lee Chang Jin had been together at Lee Yoo Yeon’s car crash.

In the new stills, Park Jung Je is in full-on panic mode as he stands in the middle of the road looking confused and lost. He says that he does not remember the events of Lee Yoo Yeon’s car crash from 21 years ago. But Han Joo Won and Lee Dong Shik won’t let him go in his determination for the truth, making viewers curious about the facts that are hidden inside his forgotten memories. 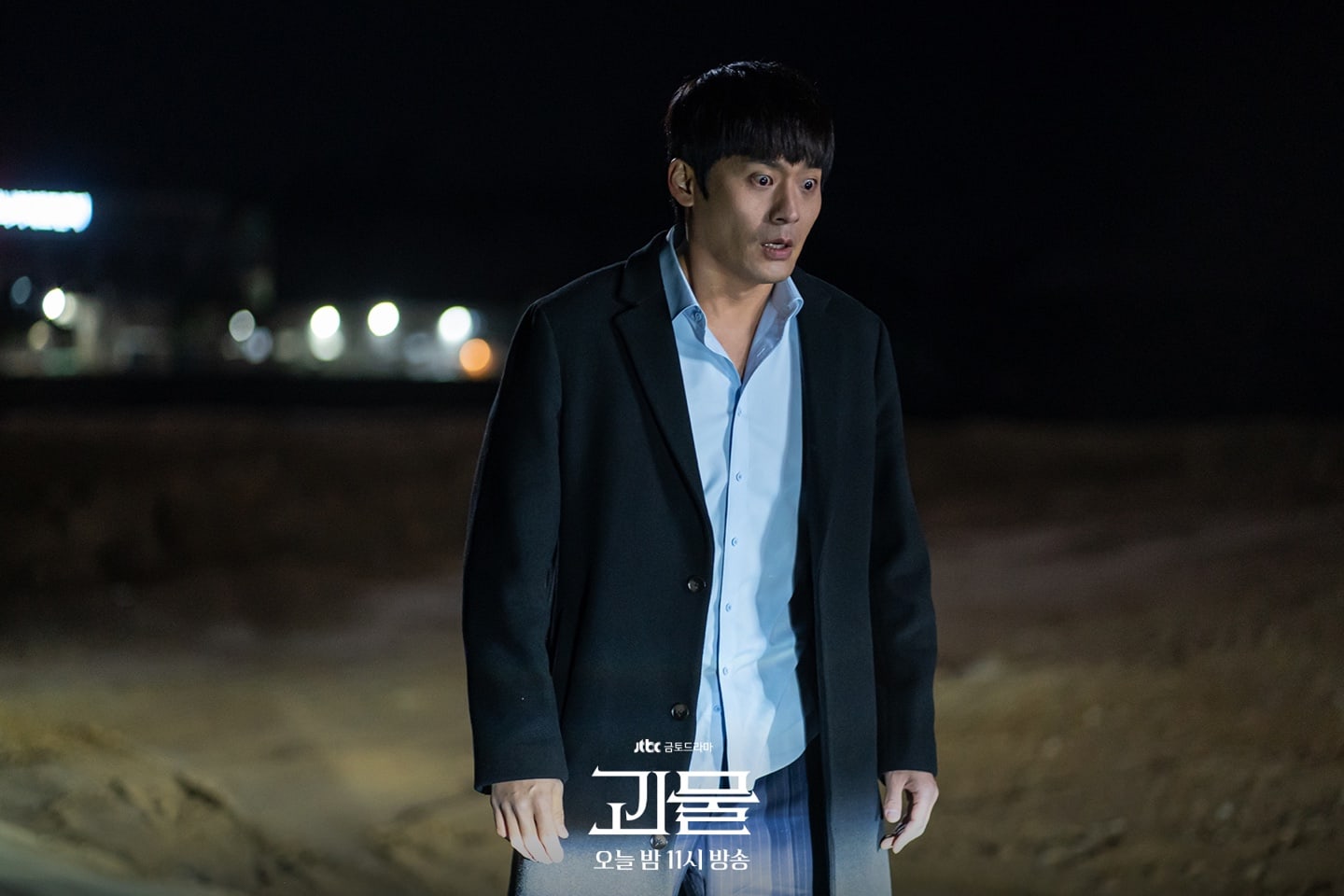 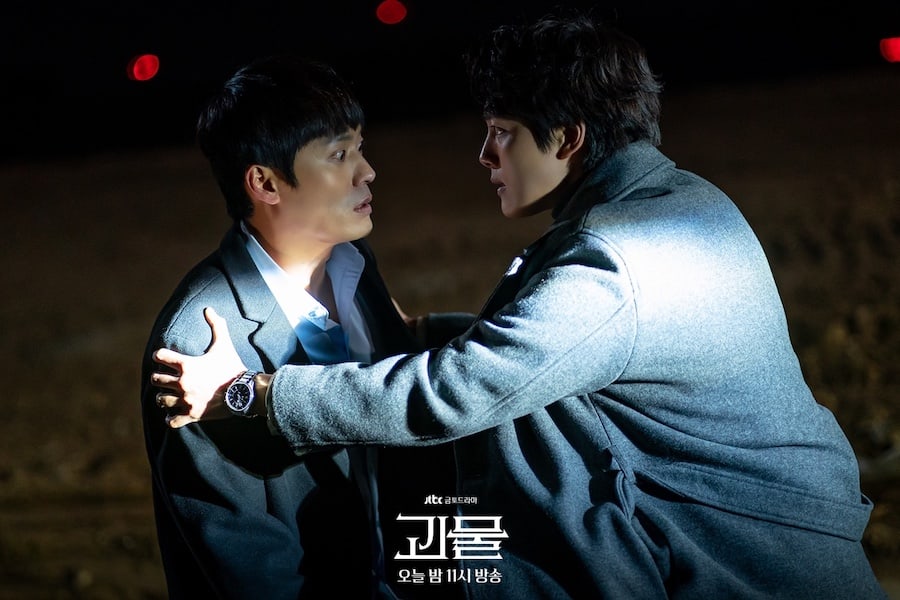 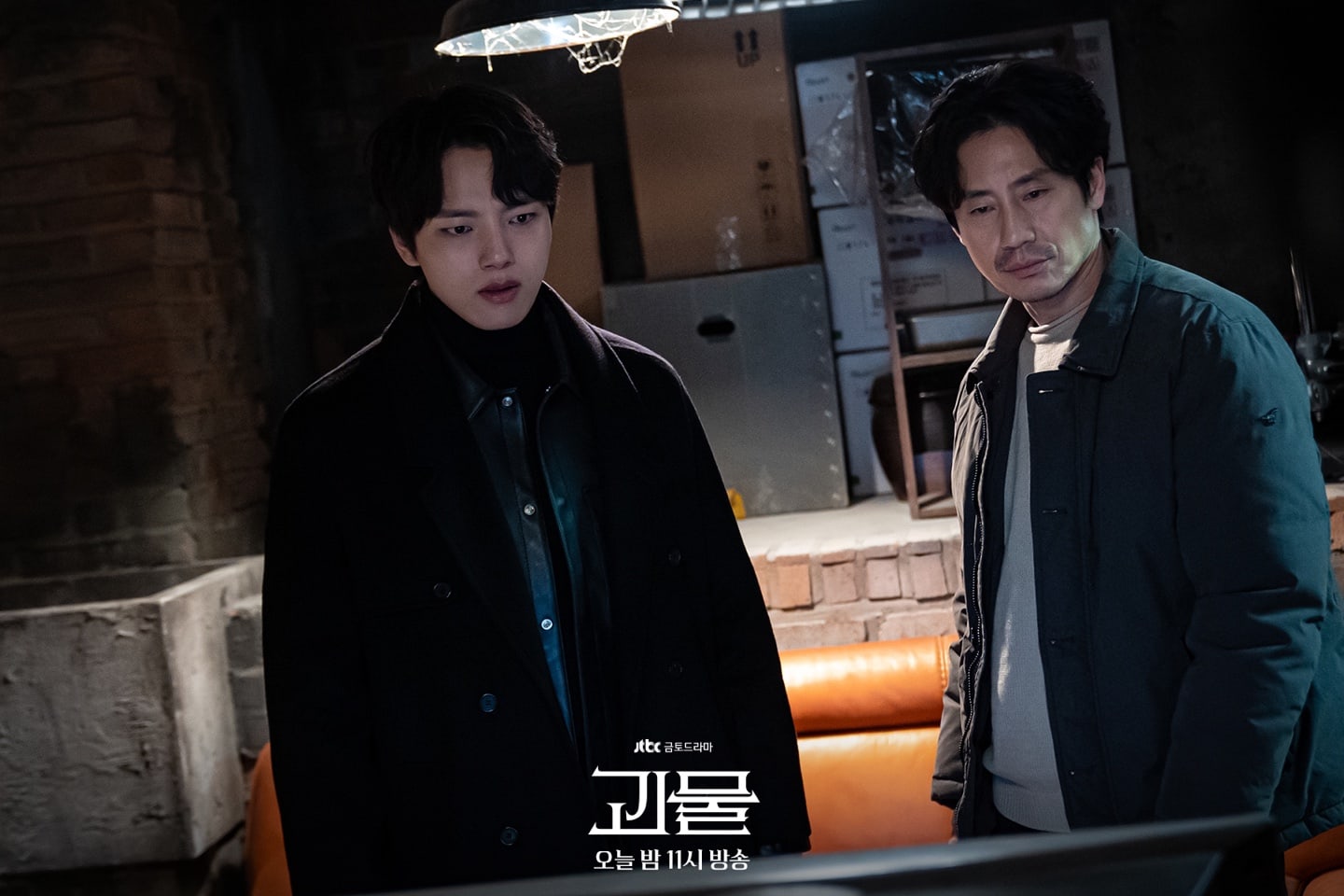