On the March 26 episode of KBS Joy’s “20th Century Hit Song,” Heechul and his co-host Kim Min Ah revisited classic songs that are famous for their narrations.

While listening to Kiss’s 2001 hit ballad “Because I’m a Girl,” Heechul commented that the narration in the song’s interlude was scarier than he remembered. “Looking at it now, though, this narration is really kind of scary,” he remarked. “Rather than a love song, it’s a song that puts a curse on someone. It says, ‘I don’t want things to go well for you.'”

Kim Min Ah disagreed, pointing out, “After a breakup, though, don’t you think you’d feel annoyed if things went too well for your ex-girlfriend and she became too successful?”

However, Heechul surprised her by responding, “I actually want [my ex-girlfriends] to become even more successful.” When Kim Min Ah asked why, he explained with a laugh, “If, by chance, things go badly for them, I don’t want people to say their lives were ruined because they dated Kim Heechul. So I’m always hoping they’ll do even better and succeed even more.” 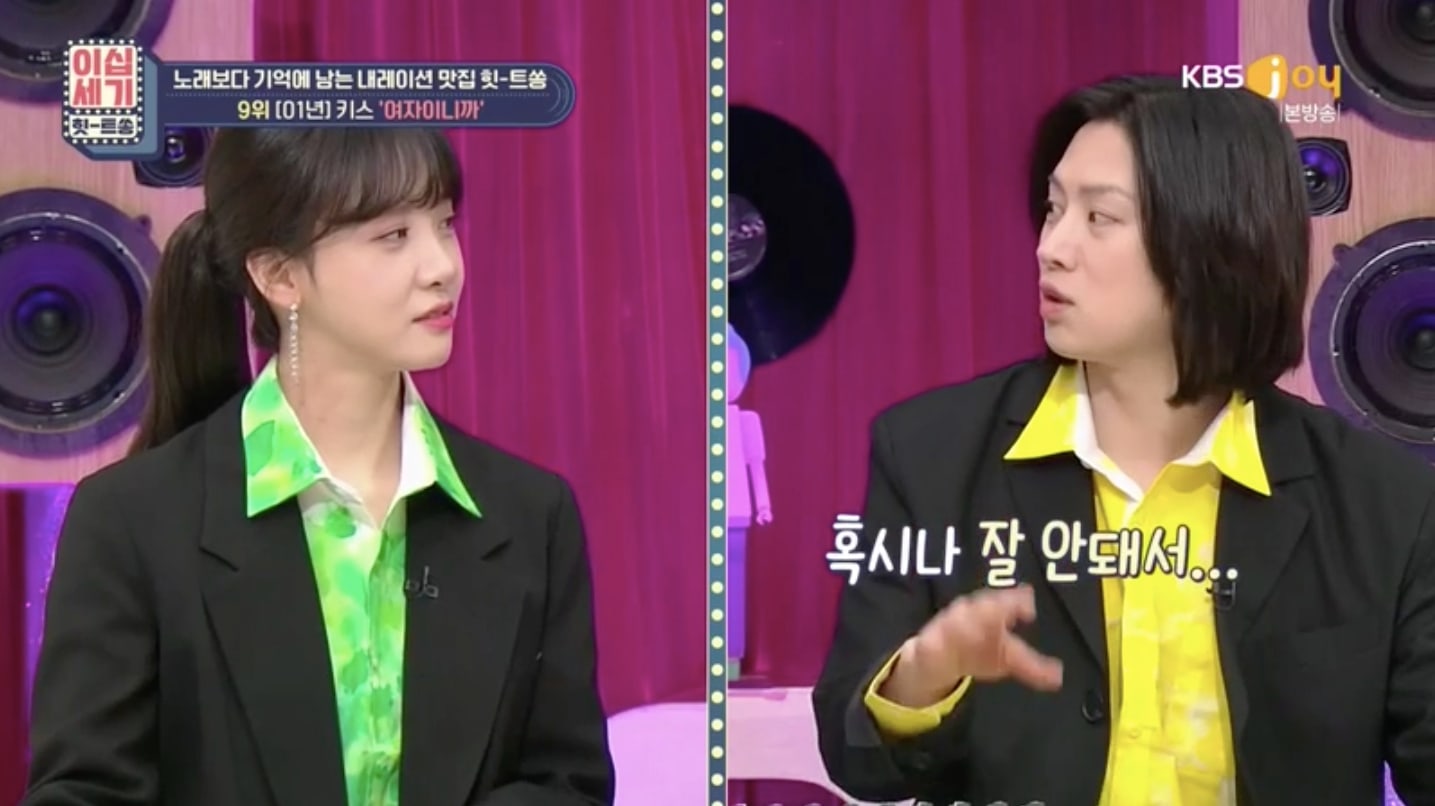 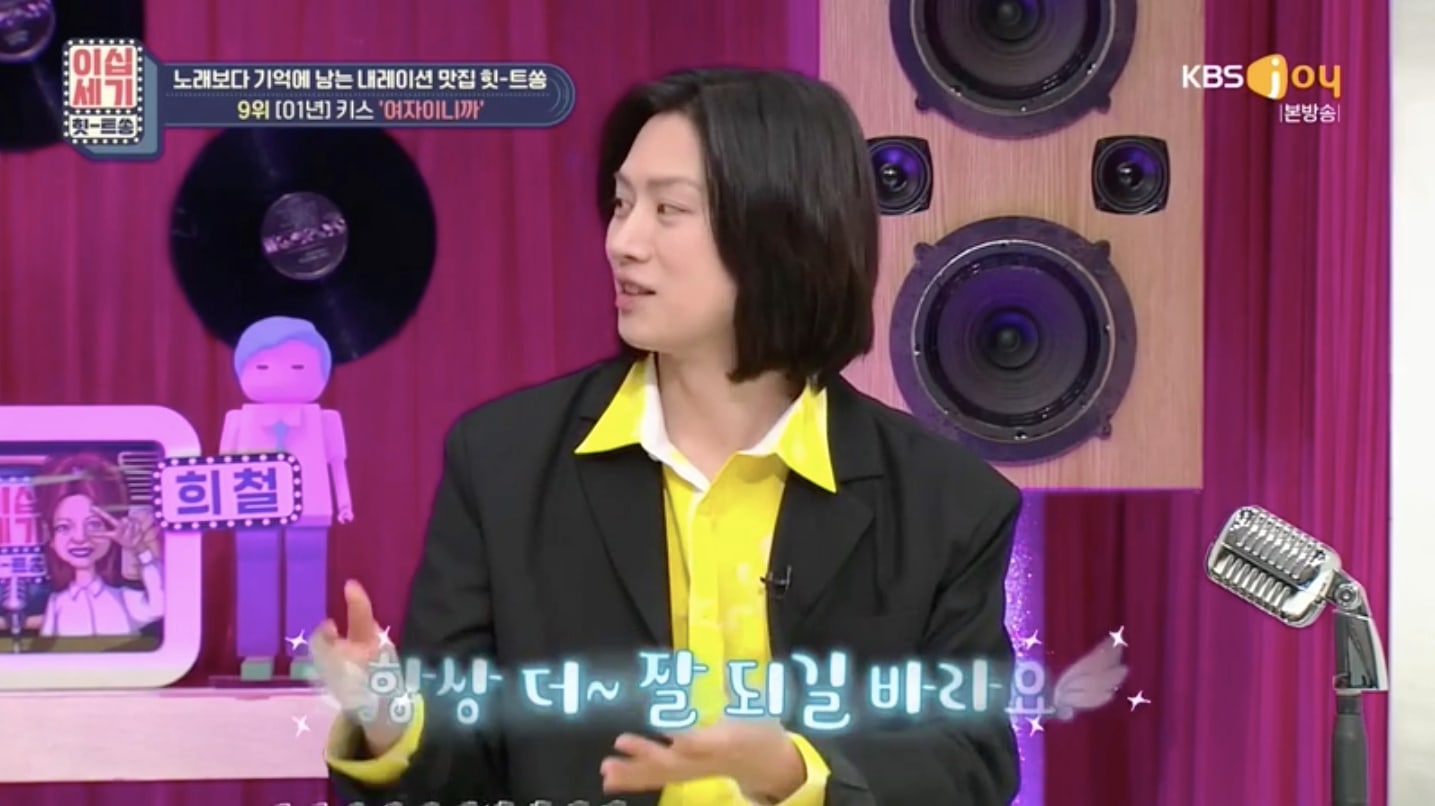