tvN’s “Vincenzo” has released new stills of a clandestine meeting from tonight’s episode!

In the previous episode, Vincenzo learned the shocking truth that the true boss behind Babel was none other than Jang Joon Woo. Having finally encountered the villain of all villains, Vincenzo left viewers on the edges of their seats when he aimed his gun toward the man whom he had sworn to make pay with his blood.

After finding out Jang Joon Woo’s identity, Vincenzo also advances his plan to retrieve the gold from Geumga Plaza. Wanting the help of the tenants, who previously found out that Vincenzo was part of the Mafia, he opened up about his secret, only to realize that they had already known of the gold hidden beneath the floors.

The new stills reveal a tense atmosphere inside Jipuragi Law Firm, where Hong Cha Young and Nam Joo Sung (Yoon Byung Hee) lean in with an air of seriousness as Vincenzo reveals a secret to them. The pair react dramatically to his announcement, with Nam Joo Sung crossing his arms over his shoulders and Hong Cha Young bringing her hands to her mouth in shock. As the two of them then bring Vincenzo close for an embrace, his stoic face reveals a hint of comedic confusion. 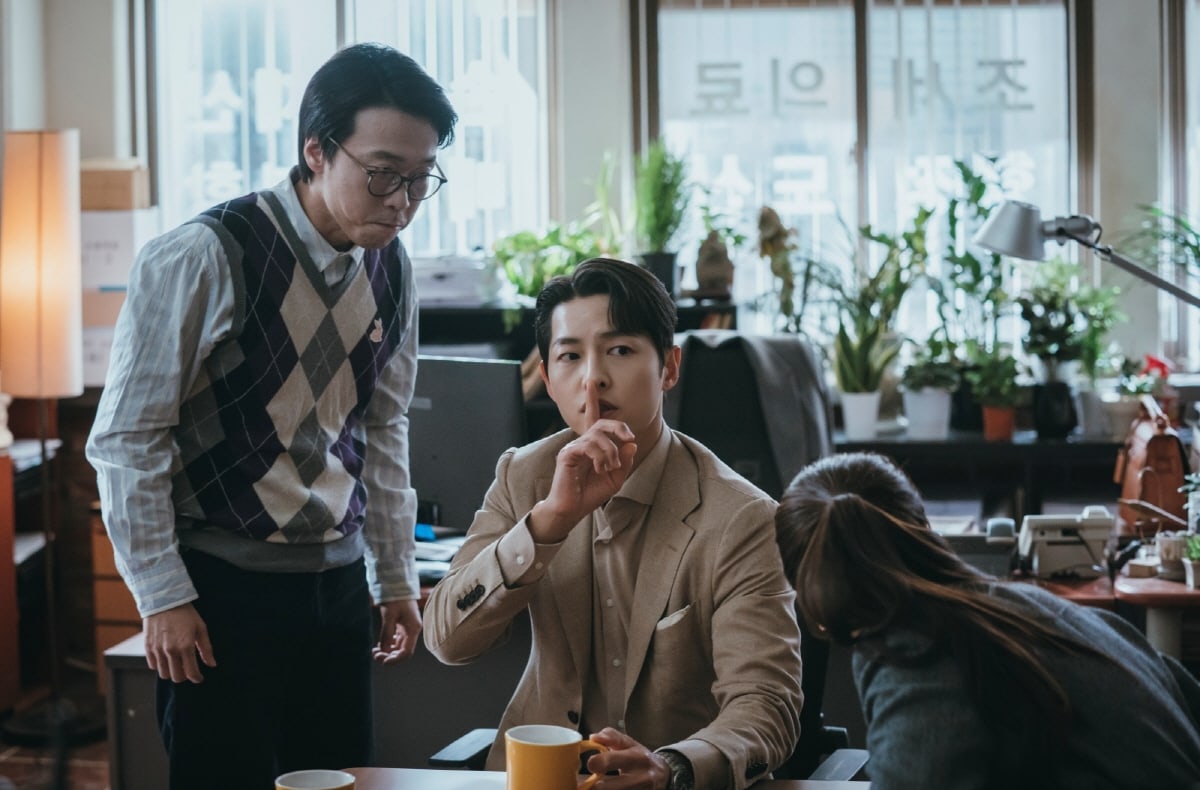 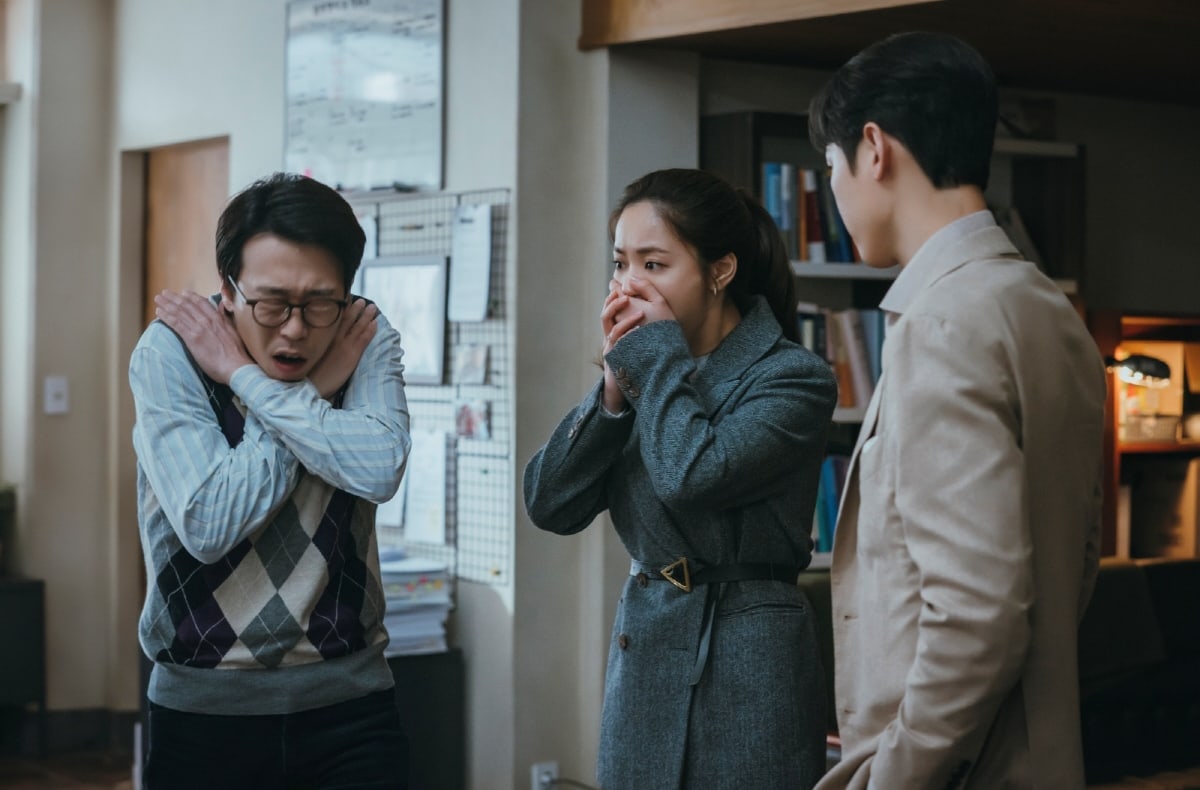 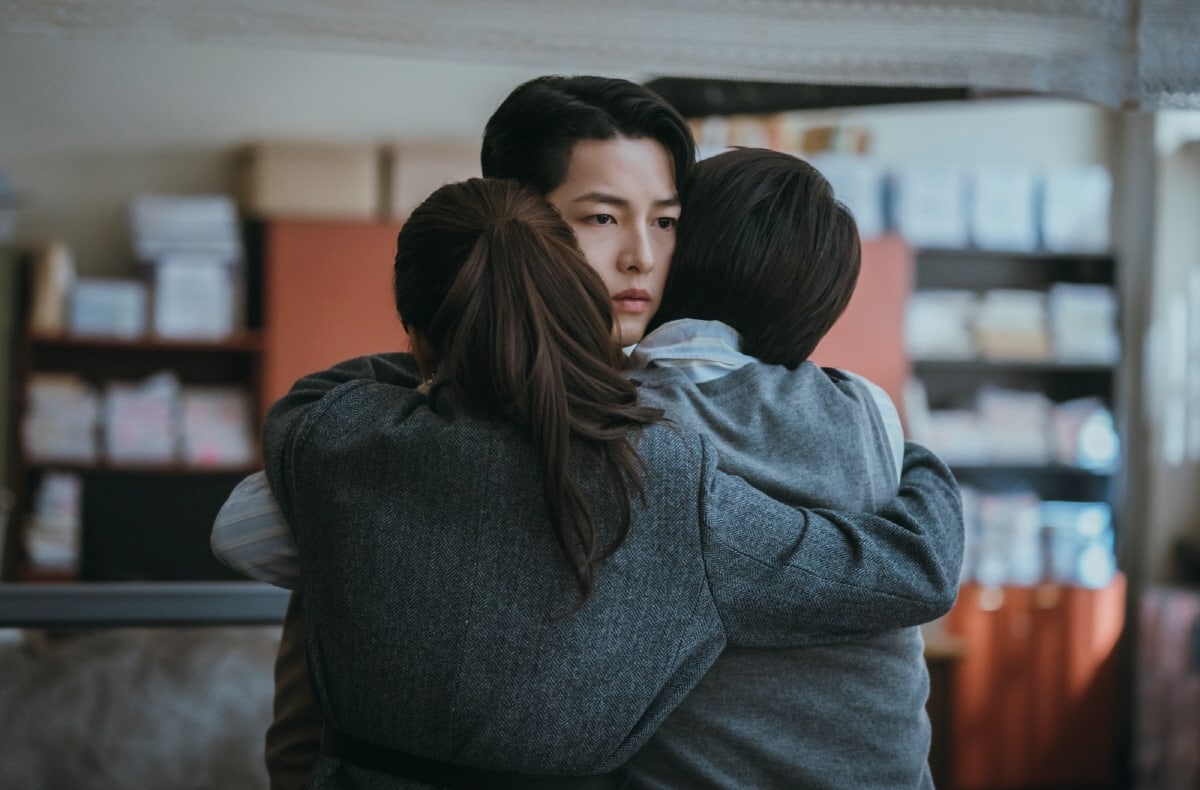 The new episode will show Vincenzo preparing for his plan to make Jang Joon Woo pay for the atrocities he has committed. The tenants of Geumga Plaza will also take new measures to uncover the gold, with Vincenzo working to accelerate his own strategy. The drama’s producers commented, “Now that he’s discovered Jang Joon Woo’s identity, Vincenzo will work to put pressure on him from all angles. The villains will confront each other with their surest methods. There is sure to be some unpredictable variables.”