Shin Sung Rok has revealed his unexpected secret to playing a great villain!

On the March 28 episode of SBS’s “My Ugly Duckling,” Shin Sung Rok made a guest appearance as a special MC and received a warm welcome from the panel of celebrity moms. As soon as he entered, the moms praised him for his acting talent, excitedly bringing up the many memorable villains he’s played in dramas like “The Last Empress,” “Return,” and “My Love from the Star.”

Lee Tae Sung‘s mom exclaimed, “Because you’ve played so many villain roles, and your eyes looked so scary on screen, I thought that your eyes would also be very scary in person. But seeing you now in real life, your eyes are so gentle and kind.” The other moms agreed, joking, “But why do you look so scary on screen?”

Shin Sung Rok replied with a laugh, “I only open my eyes like that [in a scary way] when I’m acting.” Lee Tae Sung’s mom then asked him to demonstrate, and the look in his eyes changed on the spot. 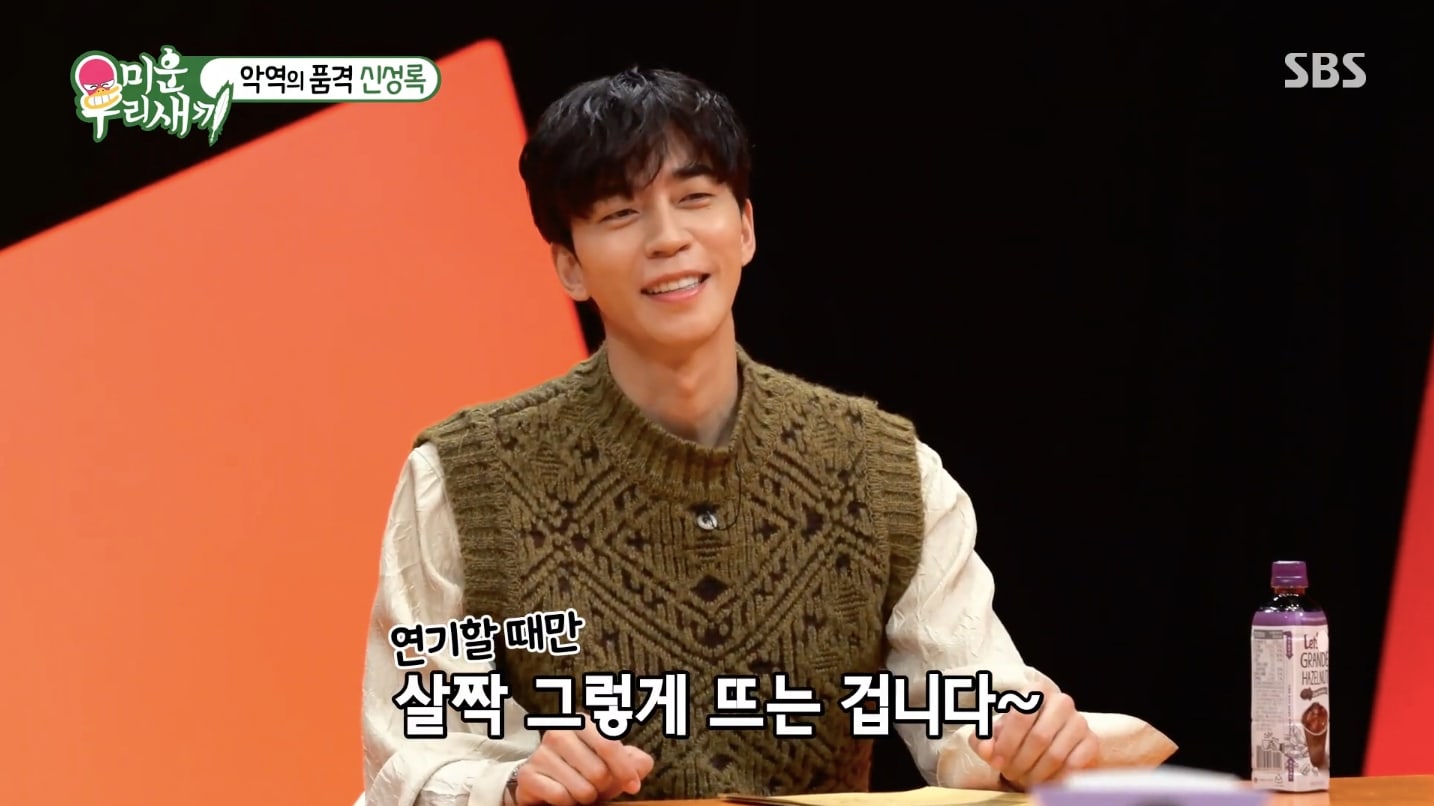 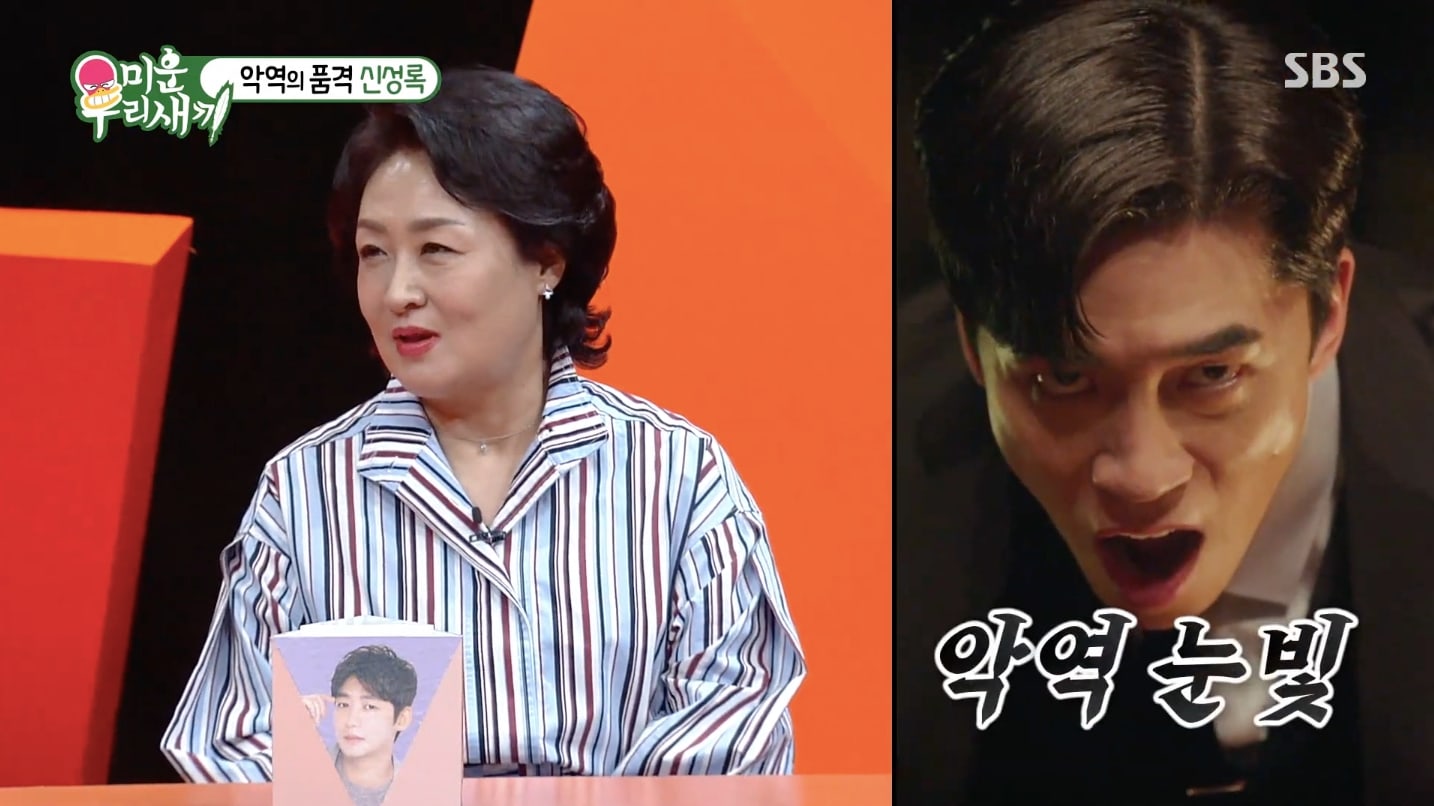 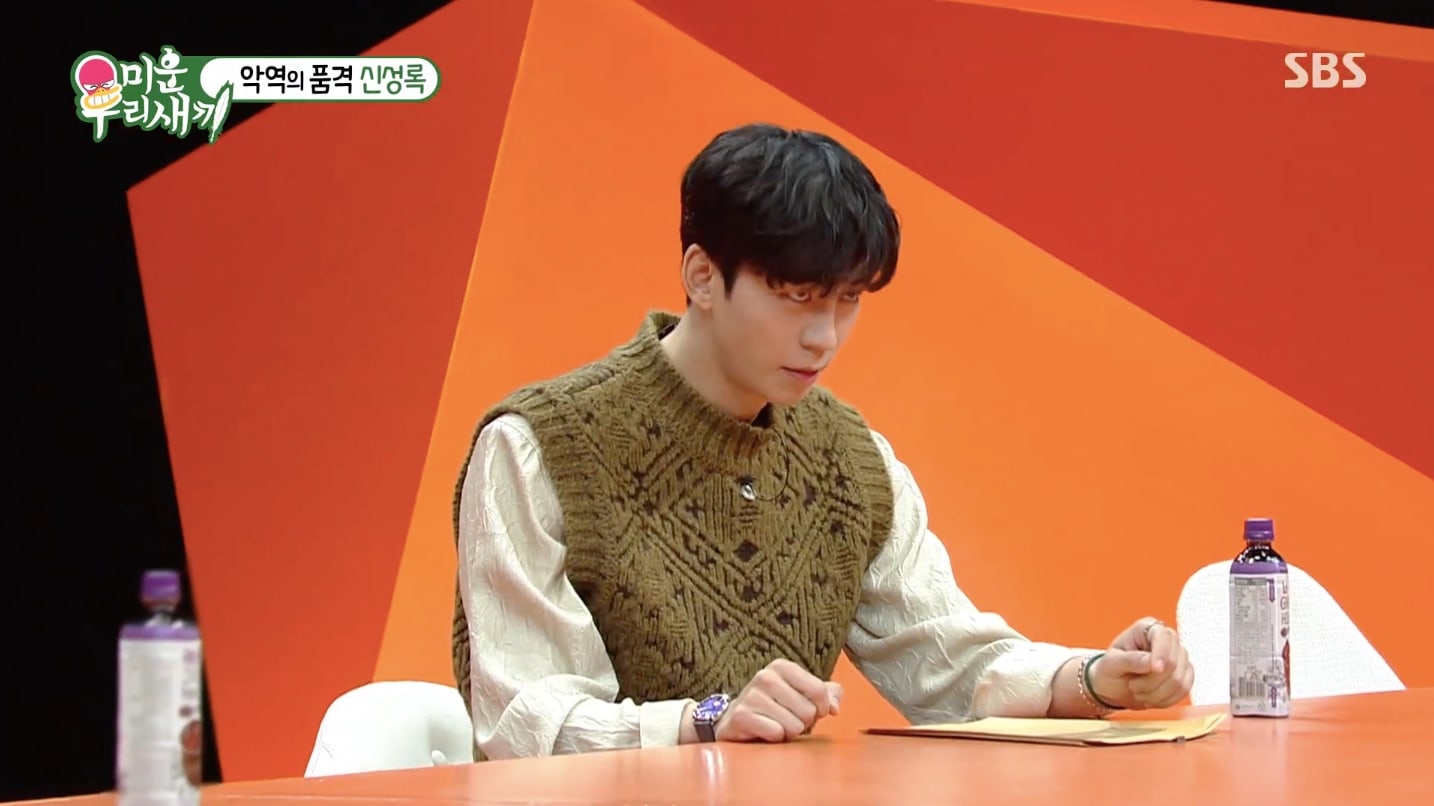 Later, host Seo Jang Hoon pointed out, “Every drama you’re in ends up becoming a huge hit. But one thing that many of these dramas have in common is that you played a villain. Every time you play a villain, it generates so much buzz. Is there a secret to playing villain roles?”

Shin Sung Rok surprised everyone by replying, “It’s a bit embarrassing to call it a ‘secret,’ but what I do is I look at the acting of many senior actors who have played similar roles in the past. After I watch these many acting performances for reference and compile them, I do the opposite [in my own acting].”

“By doing things in a slightly new way,” he explained, “I think to myself, ‘Wouldn’t I be able to stand out a little?'” He added with a shy smile, “I’ve used that method a few times.” 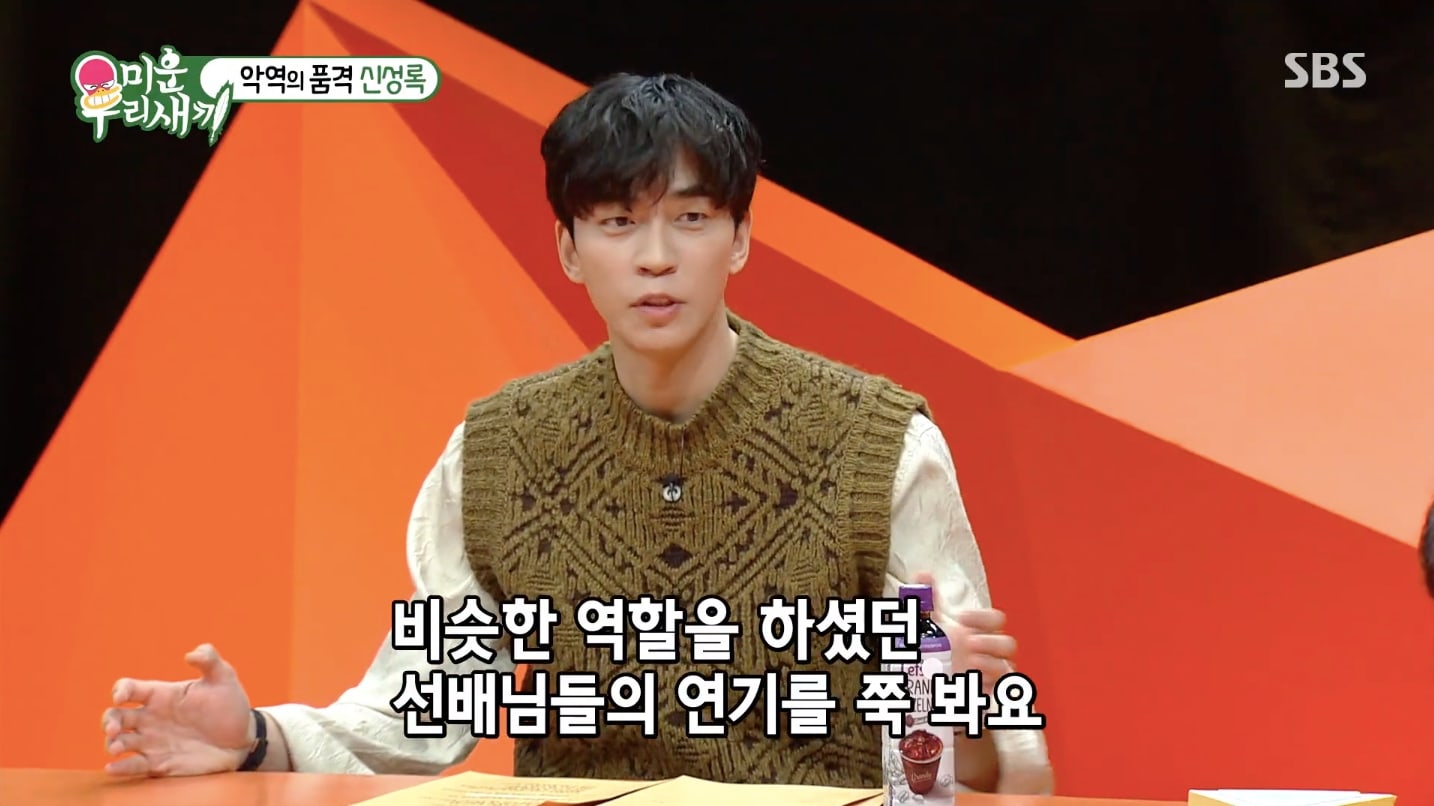 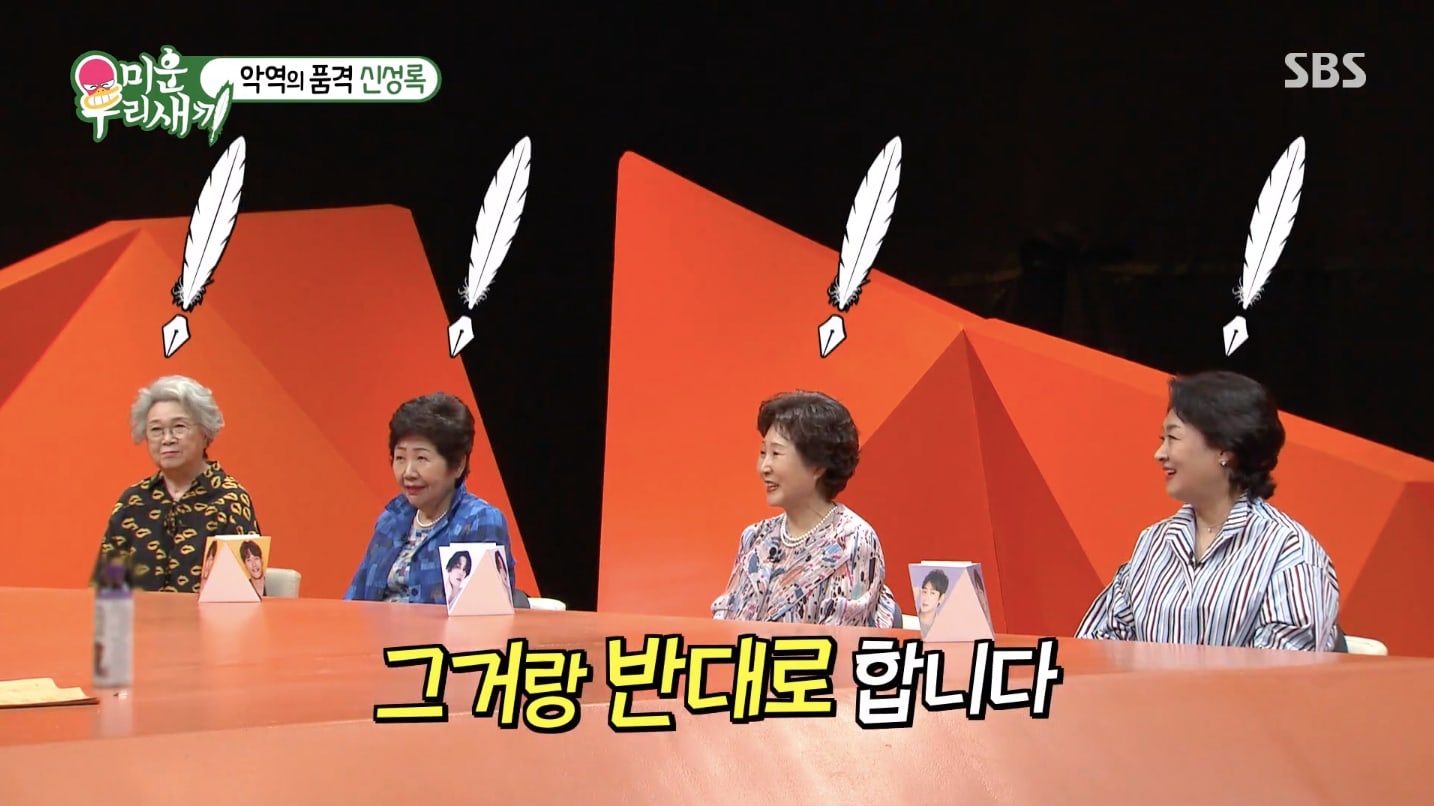 At another point in the episode, Shin Sung Rok talked about a time he once cried during a script reading for a drama.

When asked about the incident, the actor explained, “Last year, I was in a drama called ‘Kairos.’ It’s about a man whose daughter is kidnapped, and then he changes the past. So I was reading the script, and after [my character’s] daughter returns alive, he says, ‘I’m sorry that I wasn’t able to play with you or spend a lot of time with you until now.'”

“But right now, I’m not able to play with my daughter that often [in real life],” said Shin Sung Rok, before breaking off because he was getting emotional again just thinking about it.

“I’m tearing up again,” he laughed, and as he tried to fight back his tears, Shin Dong Yup joked, “Don’t hold them back. If you cry a little, it’ll be good for our ratings.” 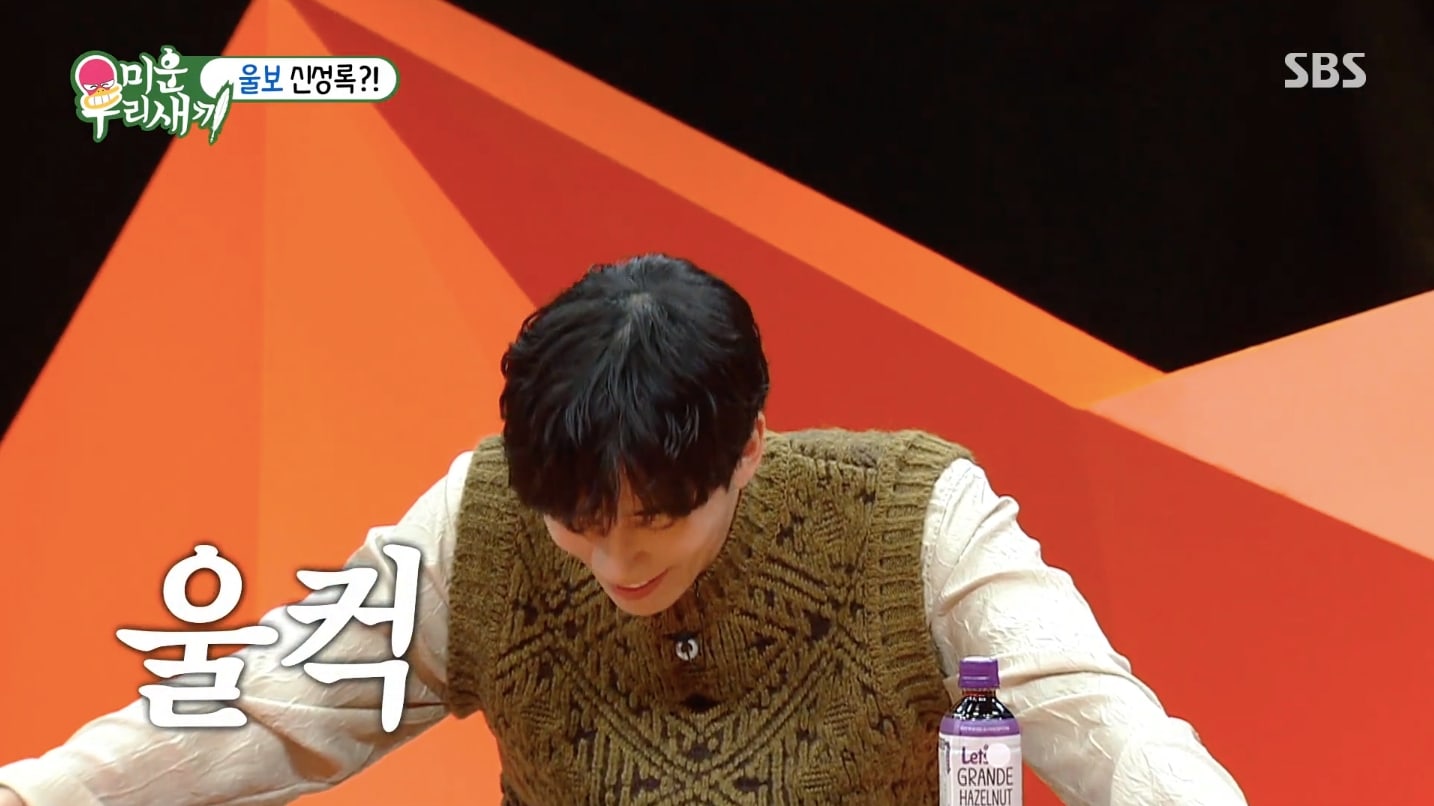 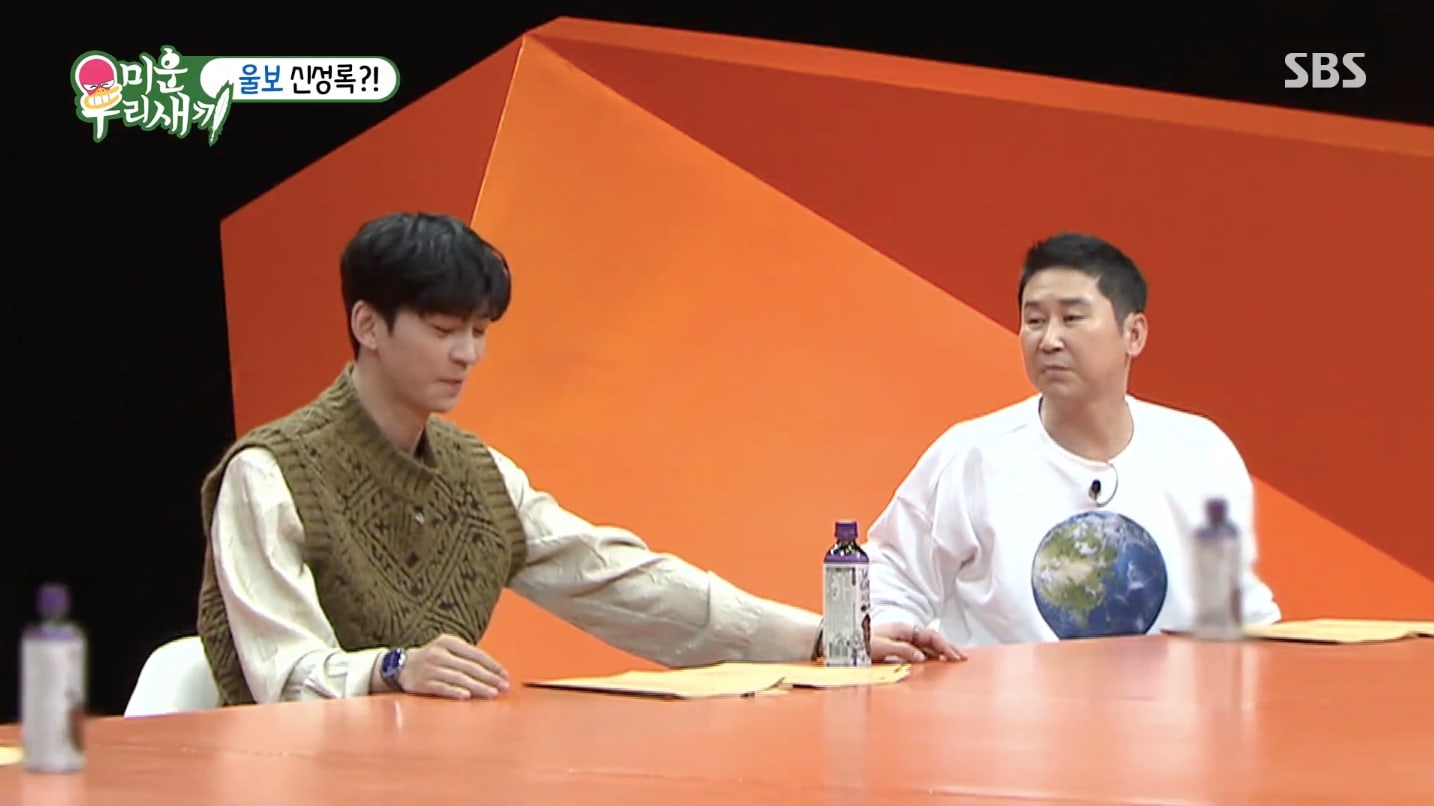 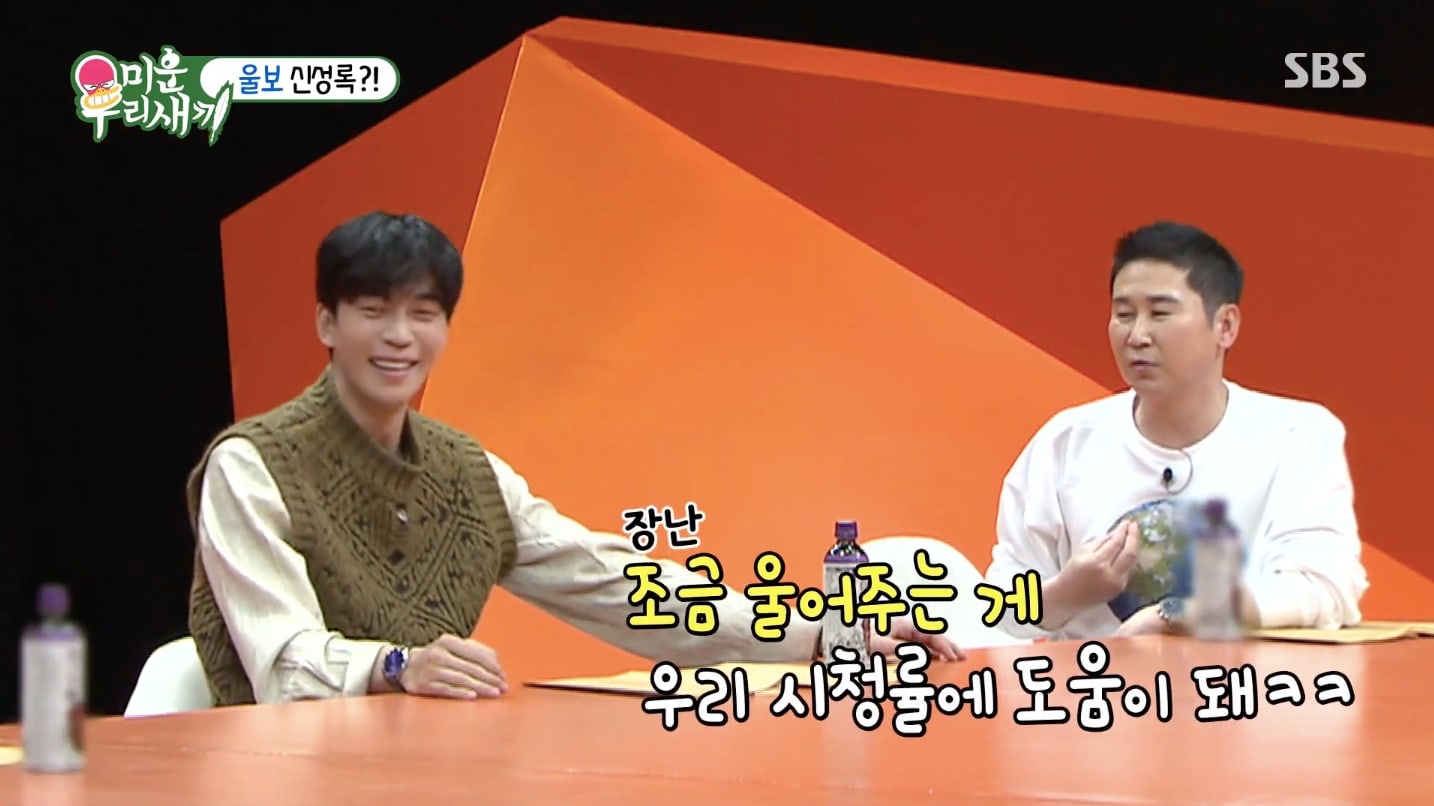 Shin Sung Rok
My Little Old Boy
Kairos
How does this article make you feel?