On the latest episode of “2 Days & 1 Night Season 4,” Yeon Jung Hoon shared the story of when he first fell for his wife Han Ga In!

During the March 28 broadcast of the KBS variety show, the cast members talked about the heart-fluttering feelings of nervousness that come with dating and falling in love.

DinDin asked, “Honestly, doesn’t your heart race the most when you’re confessing your feelings [to someone]?” and Kim Jong Min agreed, “That’s when your heart feels like it’ll explode.”

Yeon Jung Hoon excitedly chimed in, “Isn’t it before you confess, when you wonder, ‘Does this person like me? What do they think of me?'”

The cast members then asked Yeon Jung Hoon about his own experience asking out his wife nearly 20 years ago, when they appeared together in the 2003 drama “Yellow Handkerchief.” Kim Jong Min asked if he’d been sure of Han Ga In’s feelings before confessing his own, and Yeon Jung Hoon replied, “No, I didn’t know for sure. But my heart was racing like crazy.” 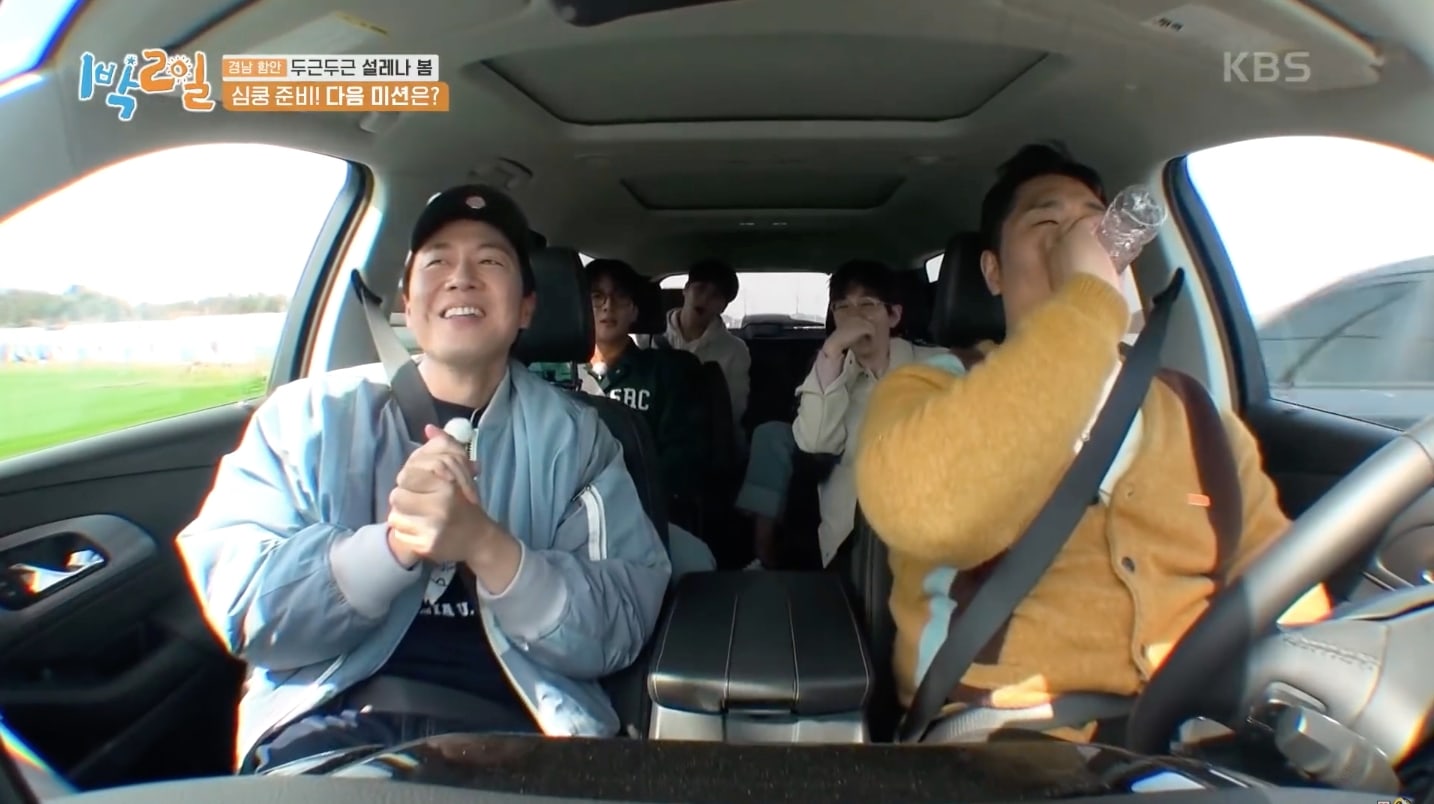 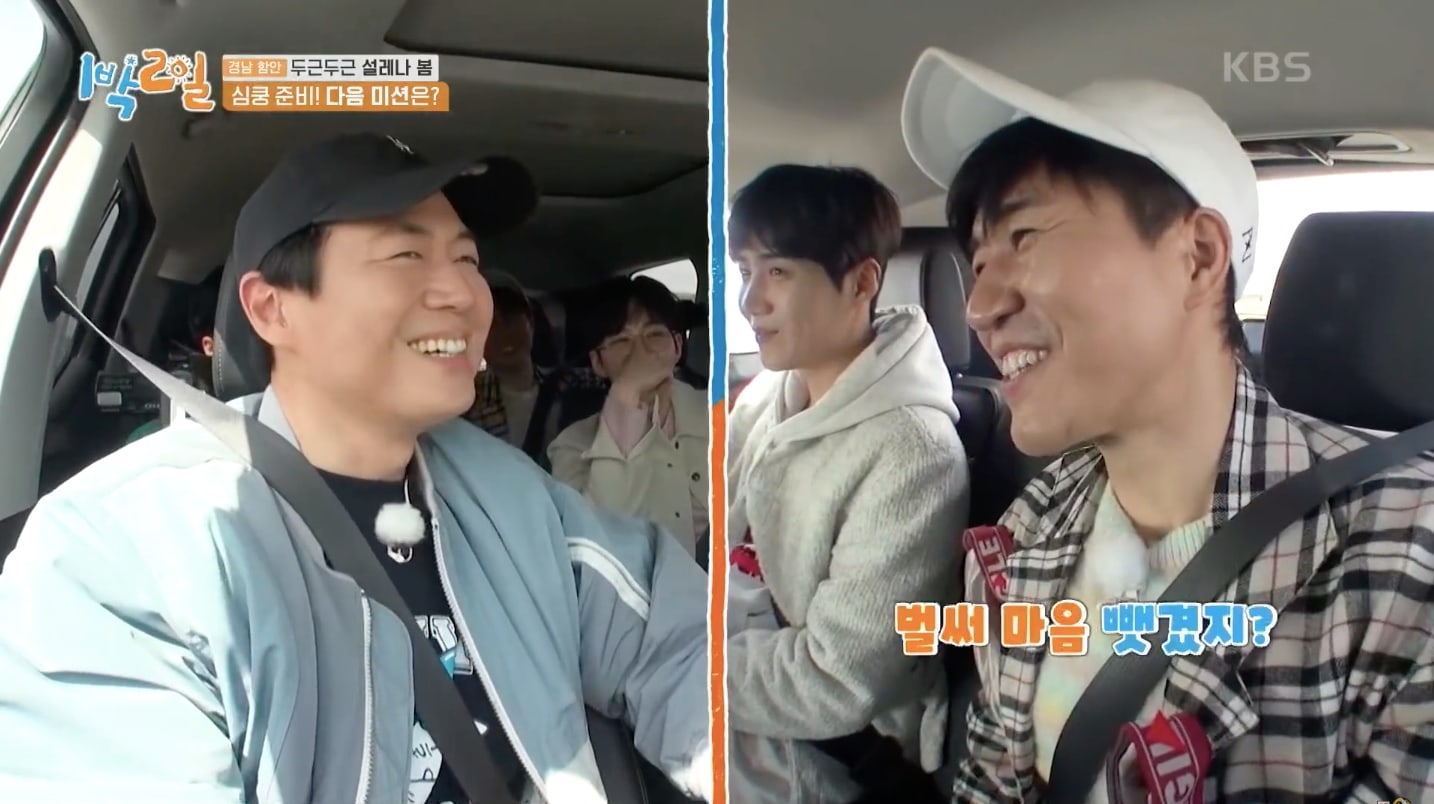 Yeon Jung Hoon explained that it wasn’t necessarily love at first sight, adding, “I didn’t think much of it at first, but the more I saw her, the more I really liked her.”

The actor went on to describe the exact moment he fell in love, recalling, “It was spring back then, and it was a little warmer than now. The cherry blossoms were in bloom.”

As the rest of the cast eagerly hung on to his every word, he continued with an excited grin, “In the middle of filming [for ‘Yellow Handkerchief’], my wife cut her bangs. She was going to film a scene where she met me at a cafe. But that day, when she showed up, I was like, ‘Wow!’ She was radiating light.”

Referring to Han Ga In’s famous beauty, DinDin pointed out, “But doesn’t she usually radiate light?” Yeon Jung Hoon responded, “She was shining even more brightly than usual. She looked so pretty. I completely fell for her then.” 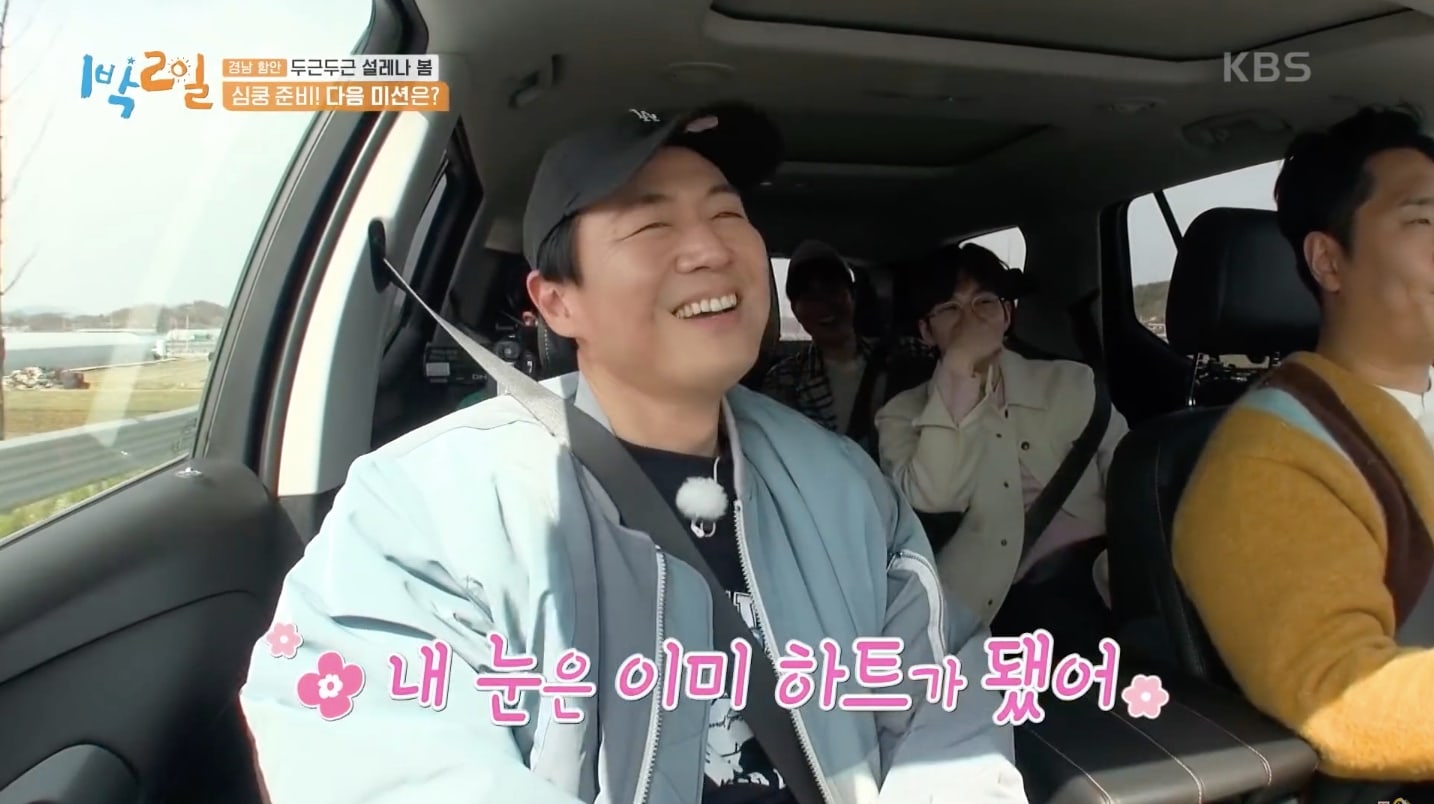 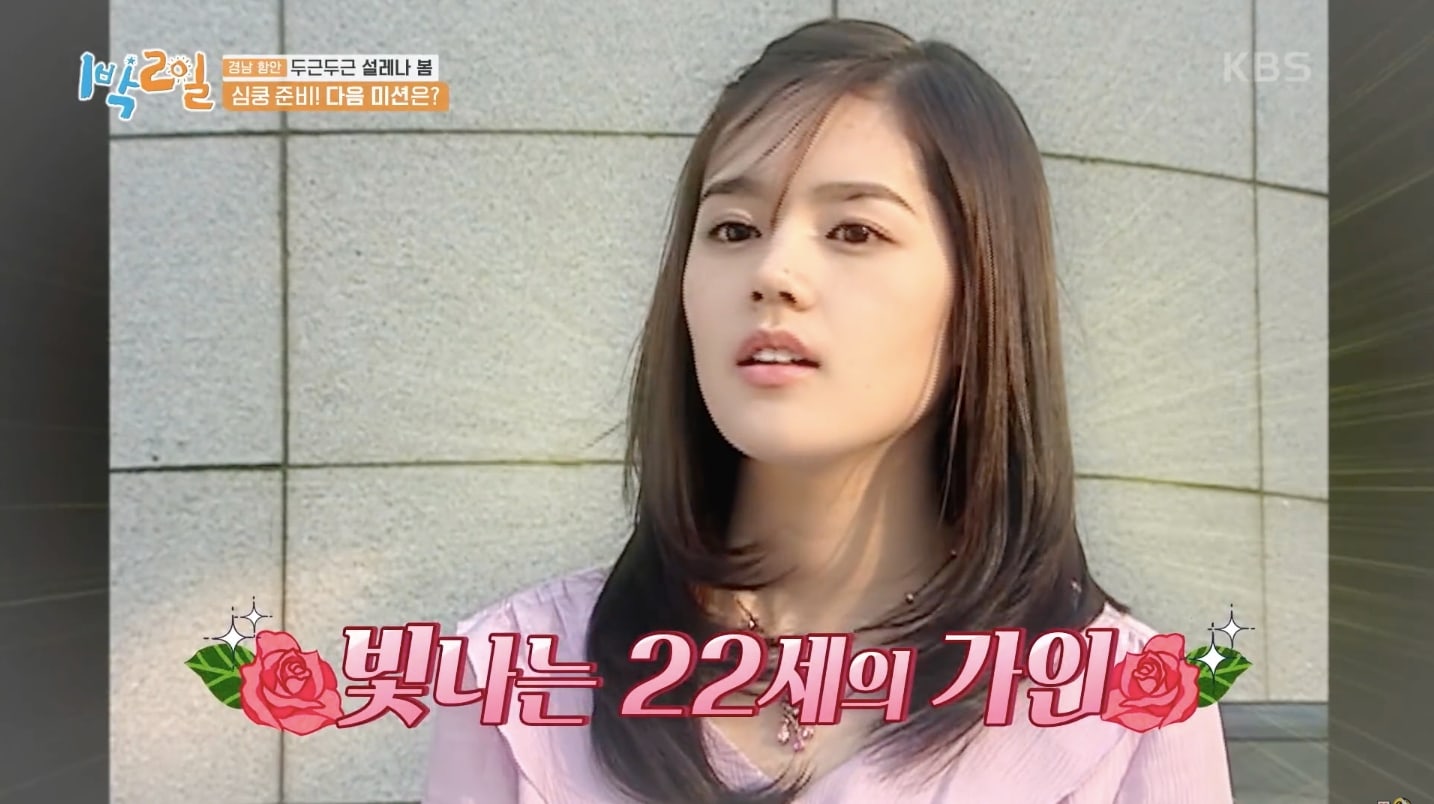 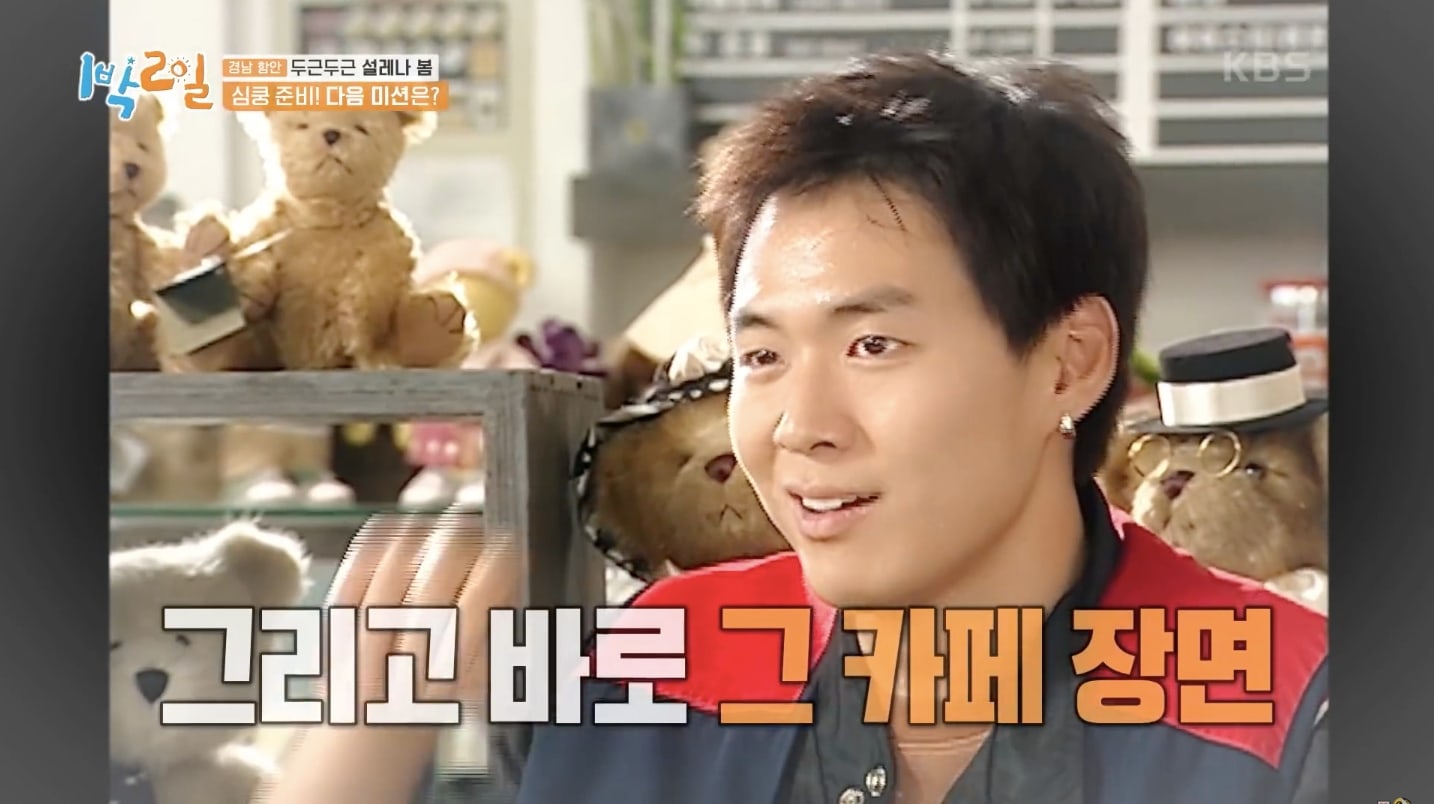 The actor went on, “After we filmed that scene, I asked her to go for a drink, and she agreed. So we met up at night with all of our staff—her manager, stylist, everyone. We were all drinking and chatting, and she was so pretty, and I liked her so much. My eyes were already hearts. So I kept thinking to myself, ‘What should I do? What should I do?’ And then we said goodbye. Then I ended up calling her on the phone, and I kept hesitating.”

Kim Jong Min asked in disbelief, “You confessed right away?” and Yeon Jung Hoon replied, “We started dating that day.”

“She seemed to be wondering why it had taken me so long,” he added, “but the reason I wasn’t able to say something sooner was because I wasn’t sure how she felt, so I was being careful.” DinDin responded with a smile, “So you were already interested in her before.” 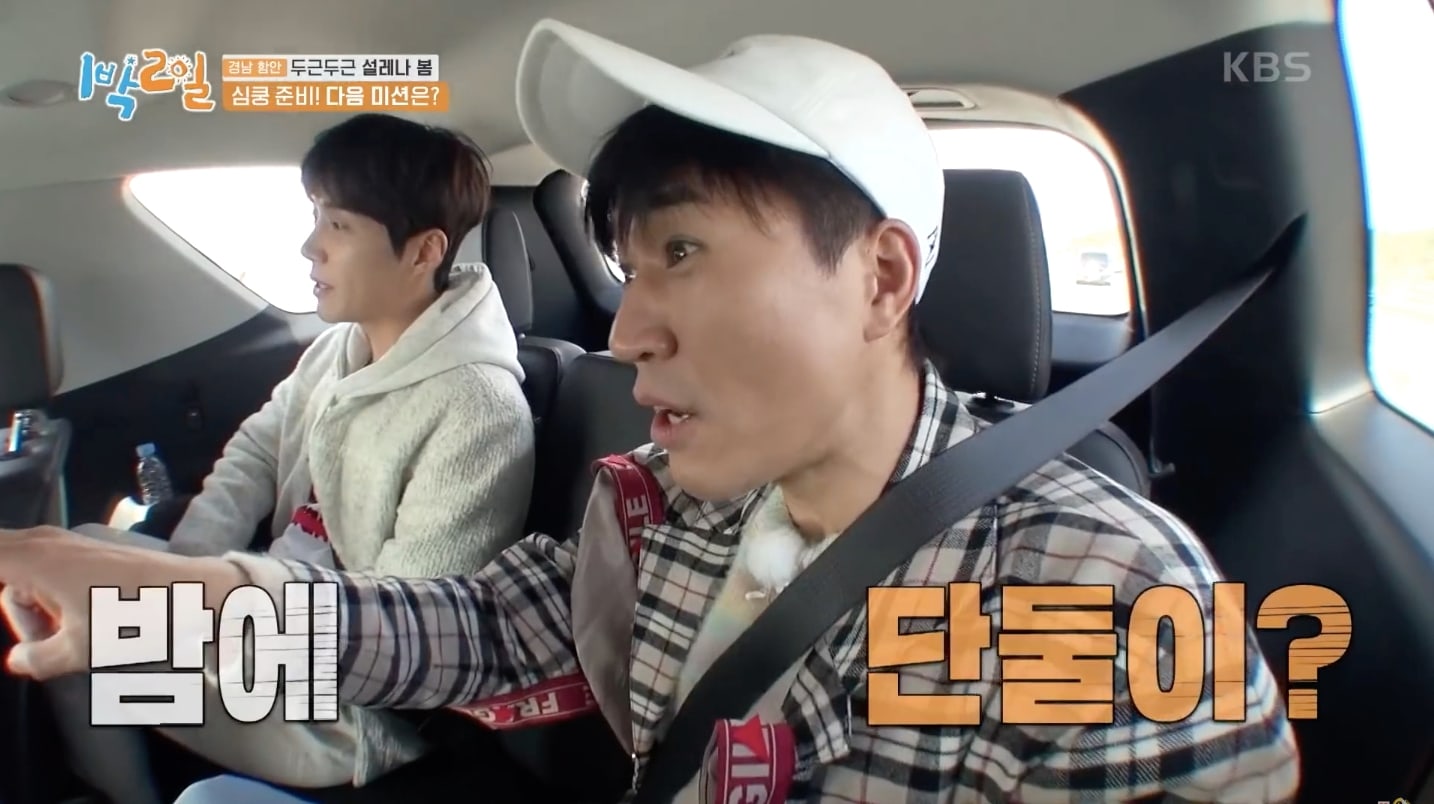 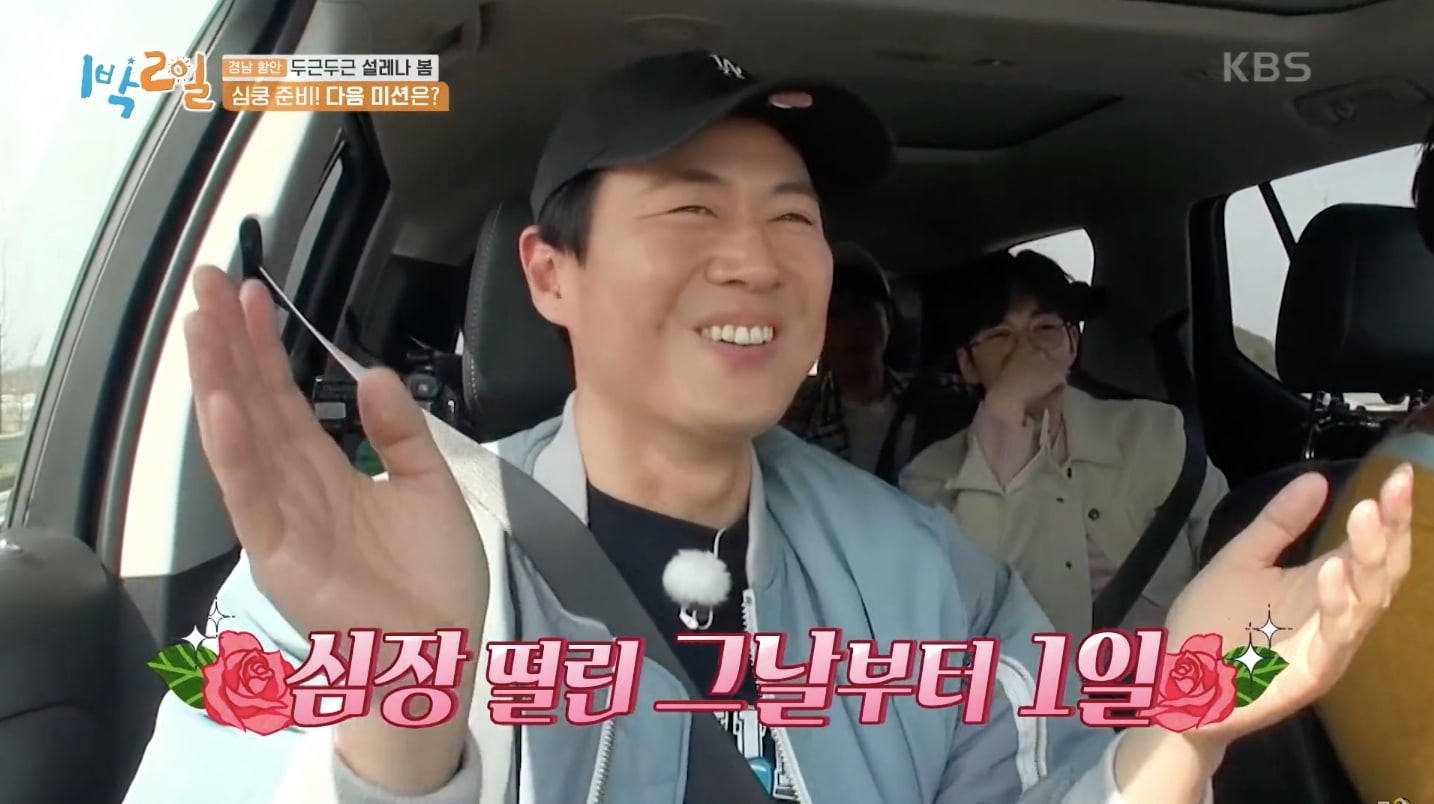