Upcoming drama “Doom at Your Service” has shared a new sneak peek of Park Bo Young in character!

“Doom at Your Service” is a fantasy romance drama about a man named Myul Mang who causes everything he touches to vanish (Seo In Guk) and a woman named Tak Dong Kyung who puts her life on the line to avoid her fate (Park Bo Young). It is being written by Im Me Ah Ri (“Beauty Inside“) and directed by Kwon Young Il (“My Unfamiliar Family“).

Park Bo Young’s character Tak Dong Kyung is an editor at a web novel publisher. She is living an ordinary life when she stumbles into a strange fate and puts her life and love on the line.

In newly released stills from the upcoming drama, Tak Dong Kyung radiates spring vibes with her warm expression. Her eyes sparkle beautifully, and the corners of her lips are stretched upwards into a dazzling smile. The photos also give a glimpse of her daily life as an editor. She checks her busy schedule and studies the computer monitor as she professionally focuses on her tasks. It will be intriguing to find out how her life will change after meeting Myul Mang. 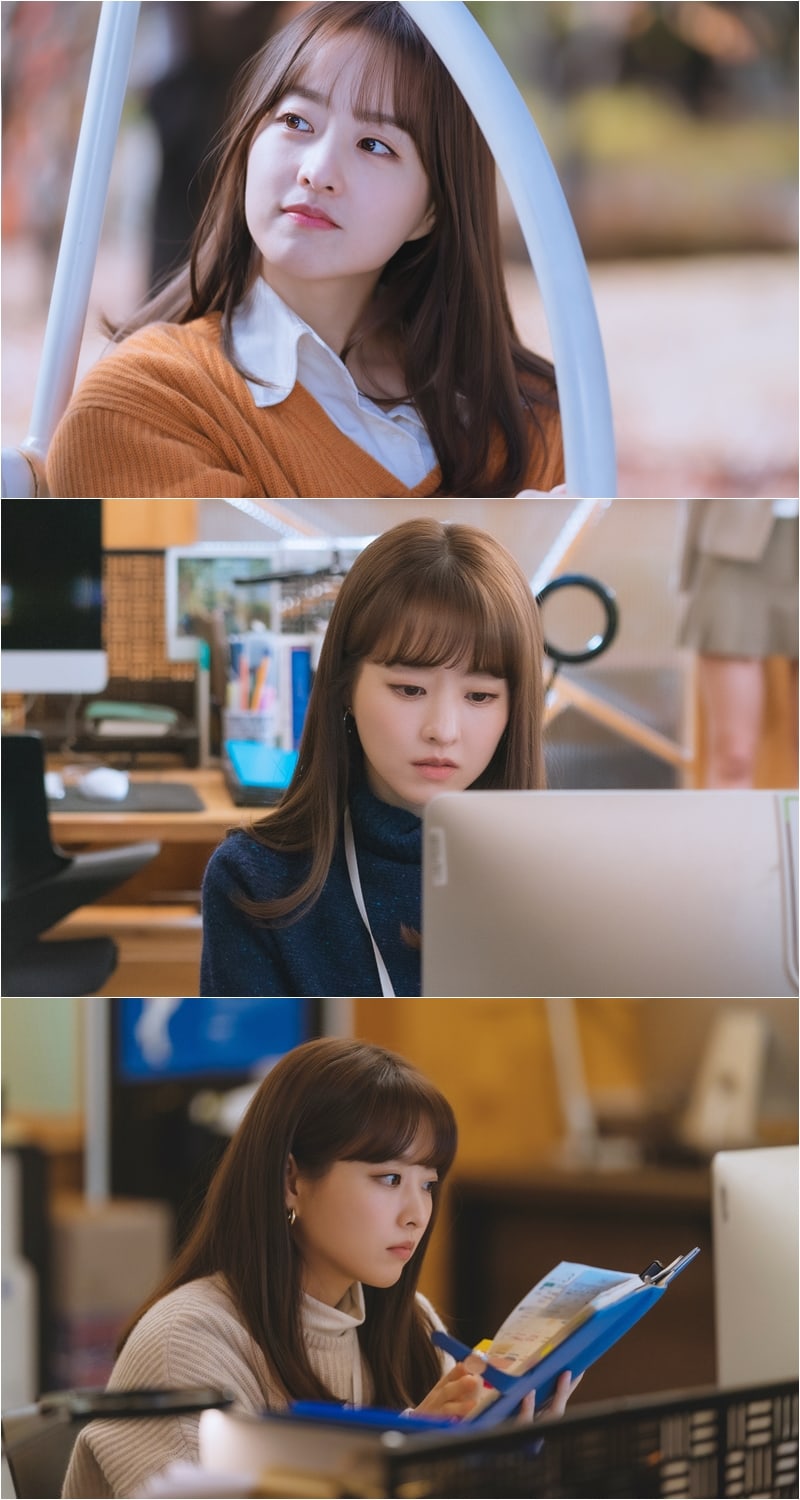 The drama’s production team shared, “Park Bo Young has been perfectly immersed in Tak Dong Kyung’s character since the first shooting. Not only does she overwhelm the set by showing detailed emotional acting through thorough character and script analysis, but she also spreads pleasant energy to everyone with her unique charm. She draws admiration from everyone who agrees, ‘As expected of Park Bo Young.’ Please look forward to her enthusiastic performance.”

“Doom at Your Service” is set to premiere in May after the end of “Navillera.”

Watch Park Bo Young in the film “On Your Wedding Day“: