Girls’ Generation’s Yuri is close to debuting in her first role in a historical drama!

Yuri described her character saying, “Su Kyung is an enterprising figure who learns to pioneer her own path after a series of conflicts. Whenever she encounters adversity, she faces a turning point. Instead of breaking down, she breaks down the existing framework and gets closer to freedom.”

She explained why she decided to take the role by stating, “I was fascinated by the way she grew steadily through unexpected events. I want to resemble the resilience of Su Kyung, who is bold in her ways despite adversity.”

Yuri also commented, “I will be showing you a lot of new aspects, such as myself in men’s attire or in the palace. I’m pretty athletic to begin with, so I didn’t have a difficult time getting through the scene of shooting an arrow. It was my first time, but it was so fun and I kept wanting to perfect the scene.” 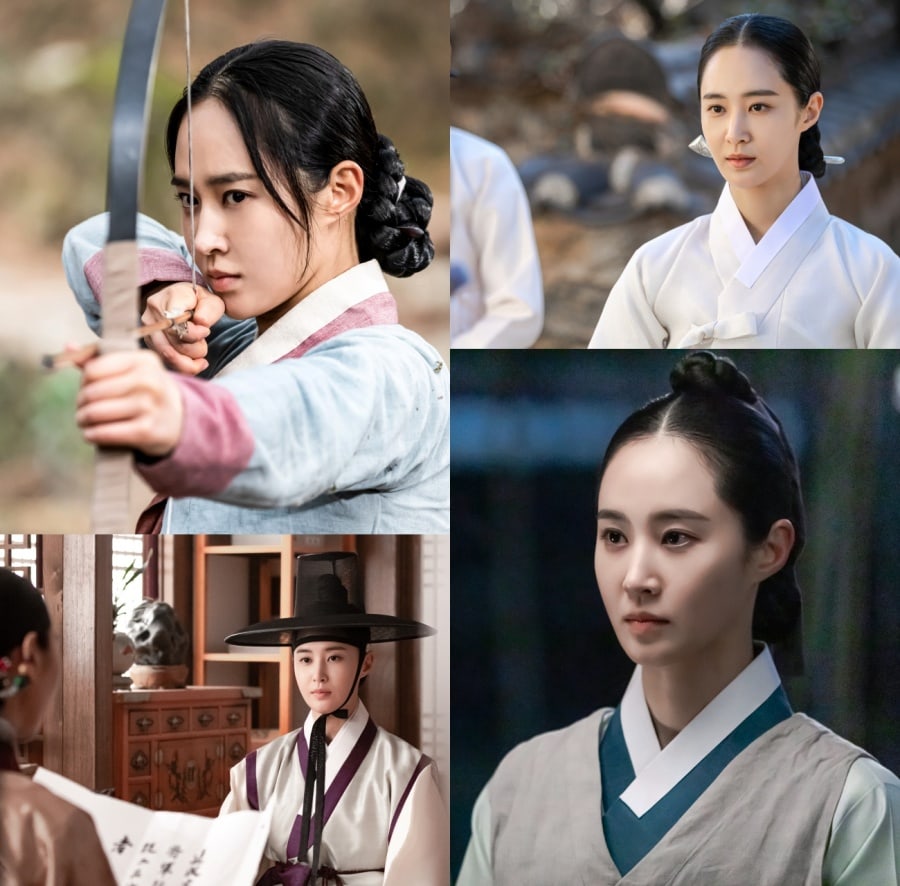 Regarding director Kwon Seok Jang, Yuri commented, “I was filled with anticipation after finding out that I would get to work with him, since I had always thought highly of him. We have been having fun and interesting conversations since the first time we met. I believe that Su Kyung is being painted as a character with more depth thanks to his detailed directing and story-telling.”

Yuri didn’t forget to mention Jung Il Woo, who plays the role of Ba Woo. Yuri said, “He has a meticulous and detailed personality. I think our good chemistry will be apparent on the screen because he is considerate and always brightens the mood on set.”

Ba Woo is a character that gets fatefully intertwined with Su Kyung. Yuri added, “Su Kyung meets Ba Woo in the worst way thanks to a mischievous play of fate, but they go through a process of becoming the only person each has. Their romance will offer warmth and comfort.”

Yuri gave her final comments saying, “I am working hard, hoping that the various emotions I feel while playing Su Kyung are delivered to the viewers. On the day May begins, please join ‘Bossam – Stealing Fate’ as it captivates you.”

MBN’s “Bossam – Stealing Fate” is a romance historical drama set in the Joseon Dynasty. The story kicks off when a man that snipes what he can to get by accidentally kidnaps a princess. It will premiere May 1 at 9:40 p.m. KST.

In the meantime, watch Yuri in “Jang Geum, Oh My Grandma” here!