EXO’s Baekhyun Talks About Participating In Creative Process For Solo Album “Bambi,” His Love For R&B Genre, And More

Baekhyun said, “Whenever I release a new album, I enjoy seeing a lot of my ideas reflected inside. I shared a lot of opinions and ideas this time too, so I’m excited and nervous. I’ve turned 30 [Korean age] and so I thought a lot about how to show a new side of me. I hope that those thoughts can bear the right fruit.”

Including the title track “Bambi,” all the songs are in the R&B genre with the overall theme of “love.” Baekhyun said, “It’s an album that shows off ‘Baekhyun’s voice’ through a diverse range of R&B music. If the past albums were split about 50-50 between my vocals and the music, this time it’s about 70-30 in favor of my voice.”

He added, “In the past, I couldn’t do R&B well. Even though I was not as skilled, I wanted to do a genre for my solo music where I had room to grow. I think that ‘Baekhyun’s R&B’ is the kind that improves as it goes. EXO member D.O. and others told me that it’s a new genre just for me. I like the idea of a ‘Baekhyun genre,’ so I chose R&B again. I think that my tone is the kind that varies naturally with each song. My vocal tone goes well with the diverse range of the R&B genre.” 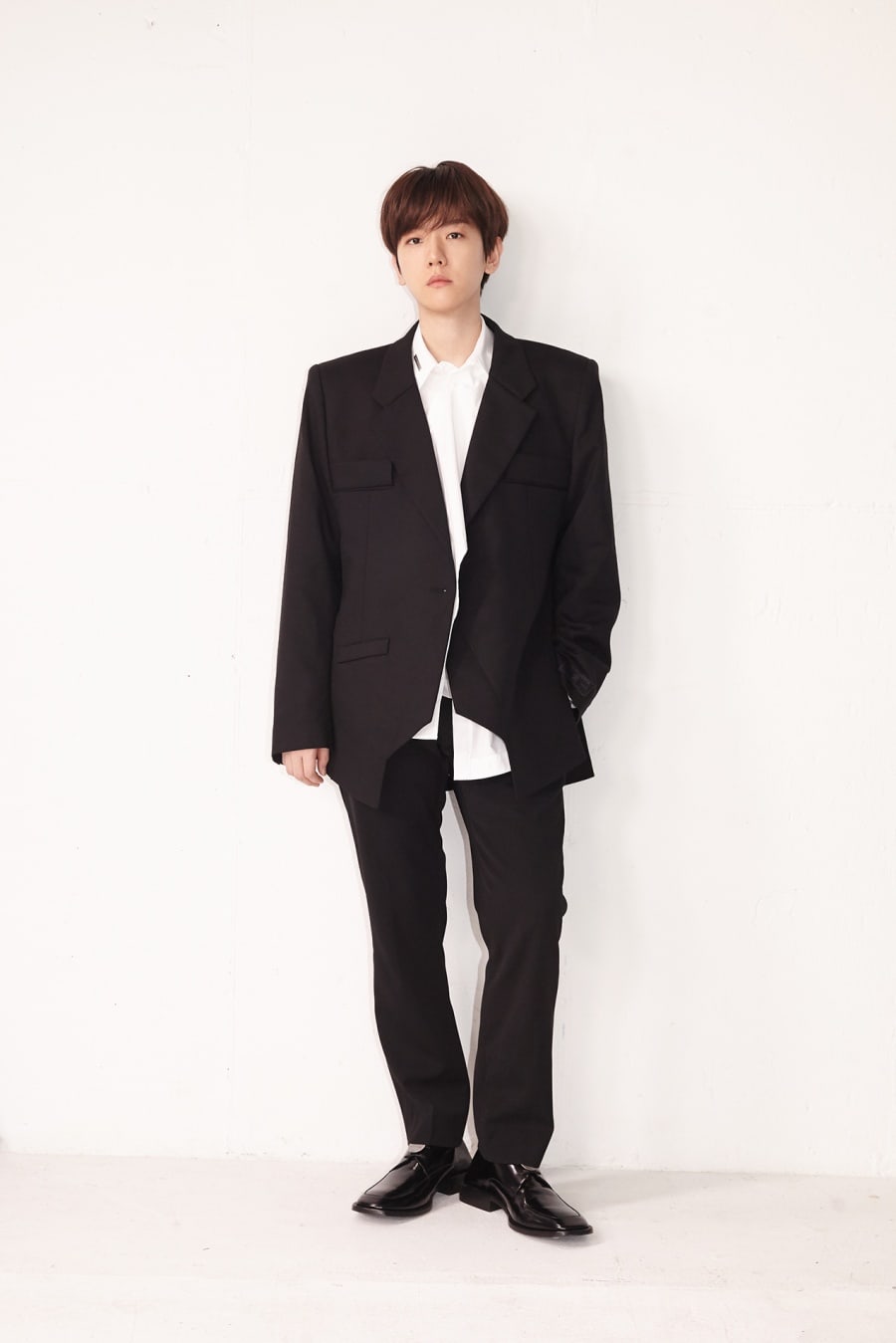 Baekhyun also talked about the music video for the title track. “There was less focus on the clothes than previous music videos,” he said. “I wore leather jackets and loose white t-shirts. We simplified the clothes. It was a concept about looking cool even without fancy clothes.”

He continued, “It was my idea to get rained on in the music video. The staff members at the agency were worried about me getting wet in the rain while filming outside. I also focused a lot on the fedora. You can’t see my face a lot in the video. In past music videos, my face was shown very clearly, but I could feel a different kind of vibe once we eliminated that. I tried not to break the overall visual image and emotional vibe.”

Baekhyun shared that “Bambi” represented the transition between a boy and a young man. “It’s a 180-degree shift from the vibe of ‘Candy,'” he said. “There are a lot of different emotional expressions in the music video. I thought a lot about how to express sexiness without putting too much effort. It’s not made plain, but I hope you can feel the maturity of ‘Baekhyun’ at 30 years old.”

He said later, “It’s been almost 10 years since my debut. My twenties were a happy time in which I received a lot of love. In my twenties, I did forceful kind of music. There was a lot of strain on the pelvis and the back of the neck. While at home, I missed doing concerts, so I watched [some old videos] and EXO’s songs are quite high. I could understand why EXO’s songs weren’t popular at karaoke. But that’s how passionate we were in our twenties. We did forceful music that came out swinging. In my 30s, I want to do more relaxed music that’s comfortable to listen to. That’s the most difficult thing to do.” 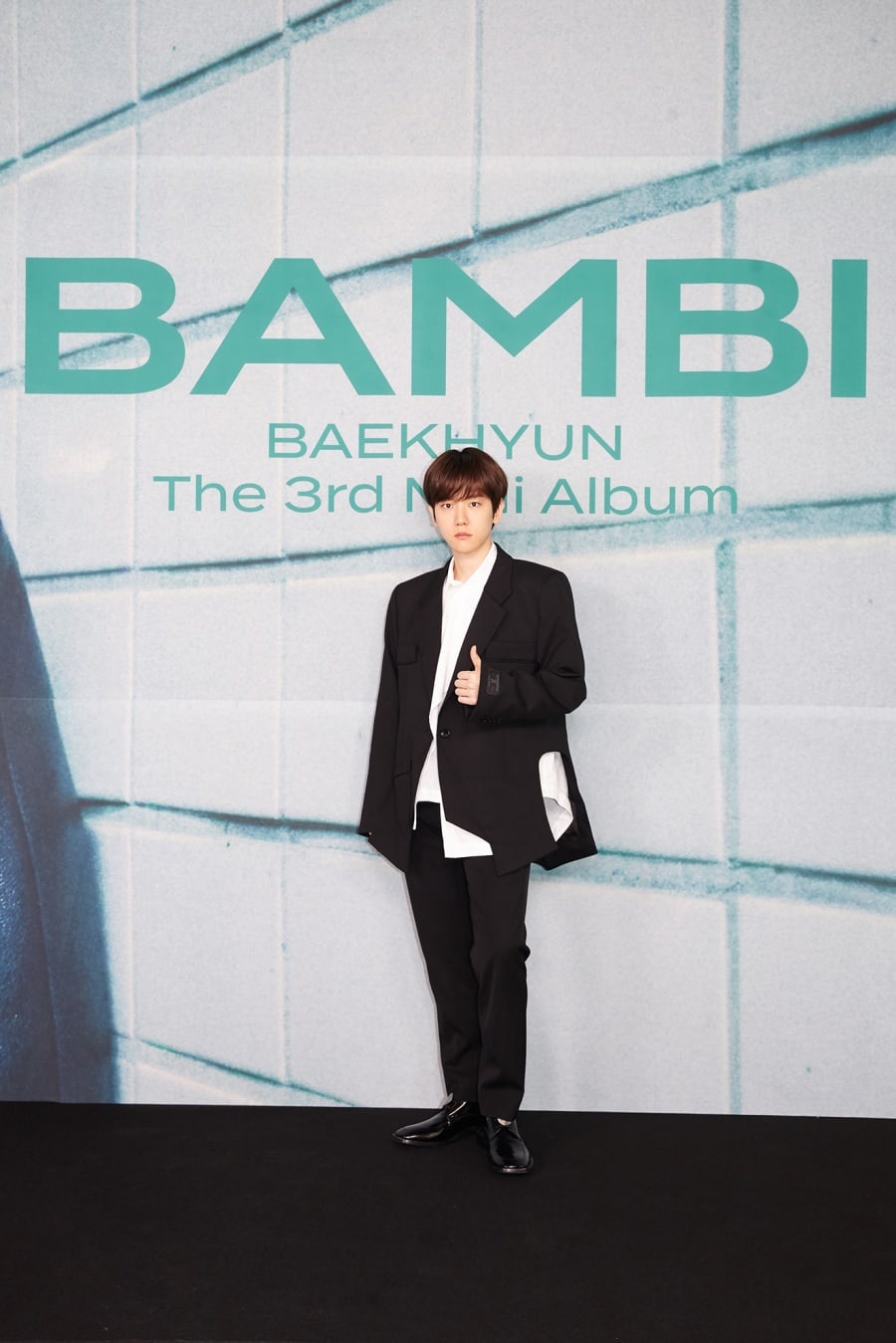