tvN’s upcoming drama “Doom at Your Service” released the first set of stills of Seo In Guk!

“Doom at Your Service” is a fantasy romance drama about a man who causes everything he touches to vanish (Seo In Guk) and a woman who puts her life on the line to avoid her fate (Park Bo Young). It is written by Im Me Ah Ri of “Beauty Inside” and directed by Kwon Young Il of “My Unfamiliar Family.”

Seo In Guk plays the role of Myul Mang (which means “doom”), who brings ruin to everything he touches. He’s a special figure who has to live on for the sake of people and directs over all death.

In the new stills, Seo In Guk is completely devoid of his usual friendly and playful image as he transforms flawlessly into the cold Myul Mang. He possesses a sharp gaze that seems to pierce into others, and the combination of his silver hair and black outfit emphasize his dark vibe. 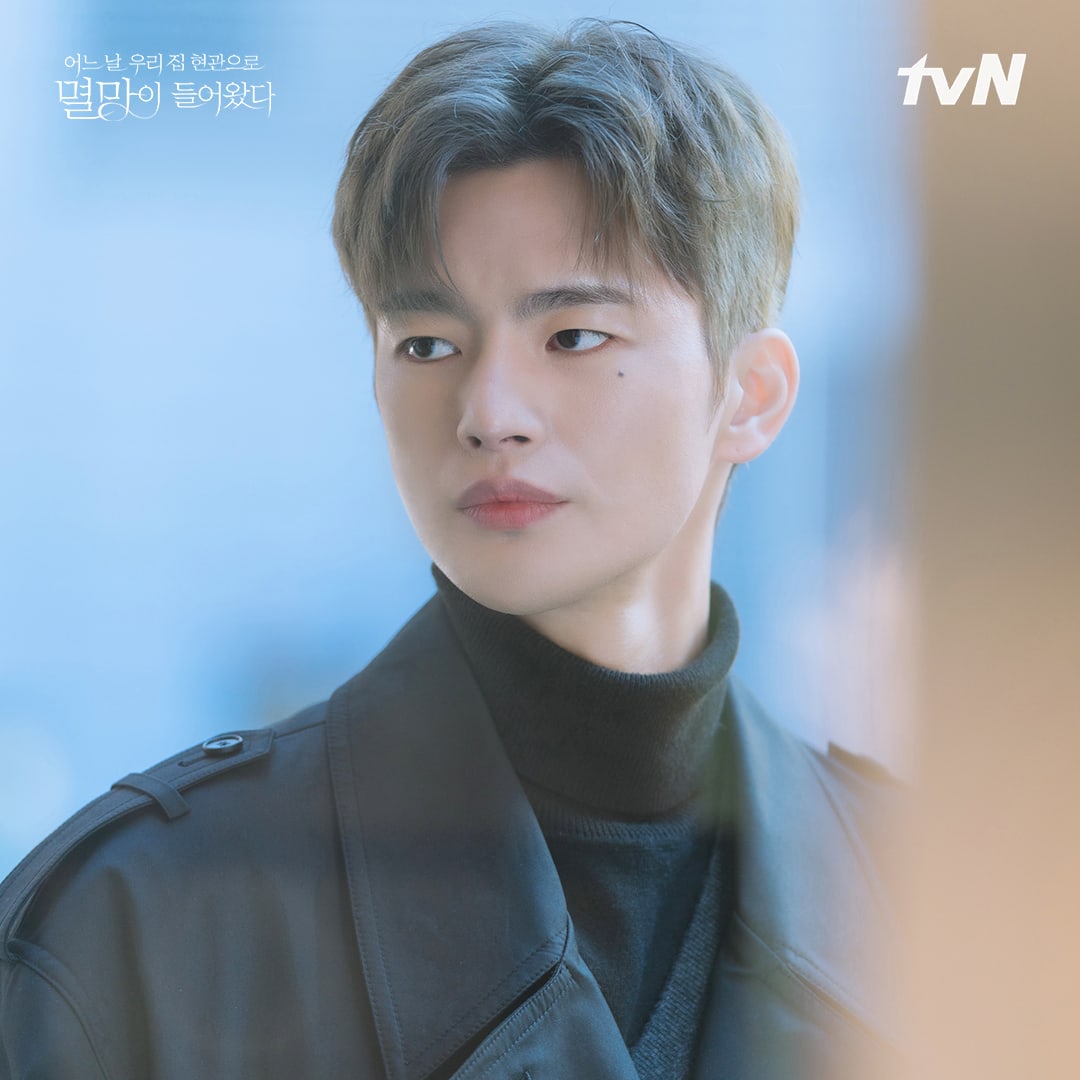 Myul Mang stands in the center of a busy hospital, and his cold and emotionless aura appears to make his surroundings quiet. Even as he moves outside, the street seems to hold its breath as it falls silent with his appearance. 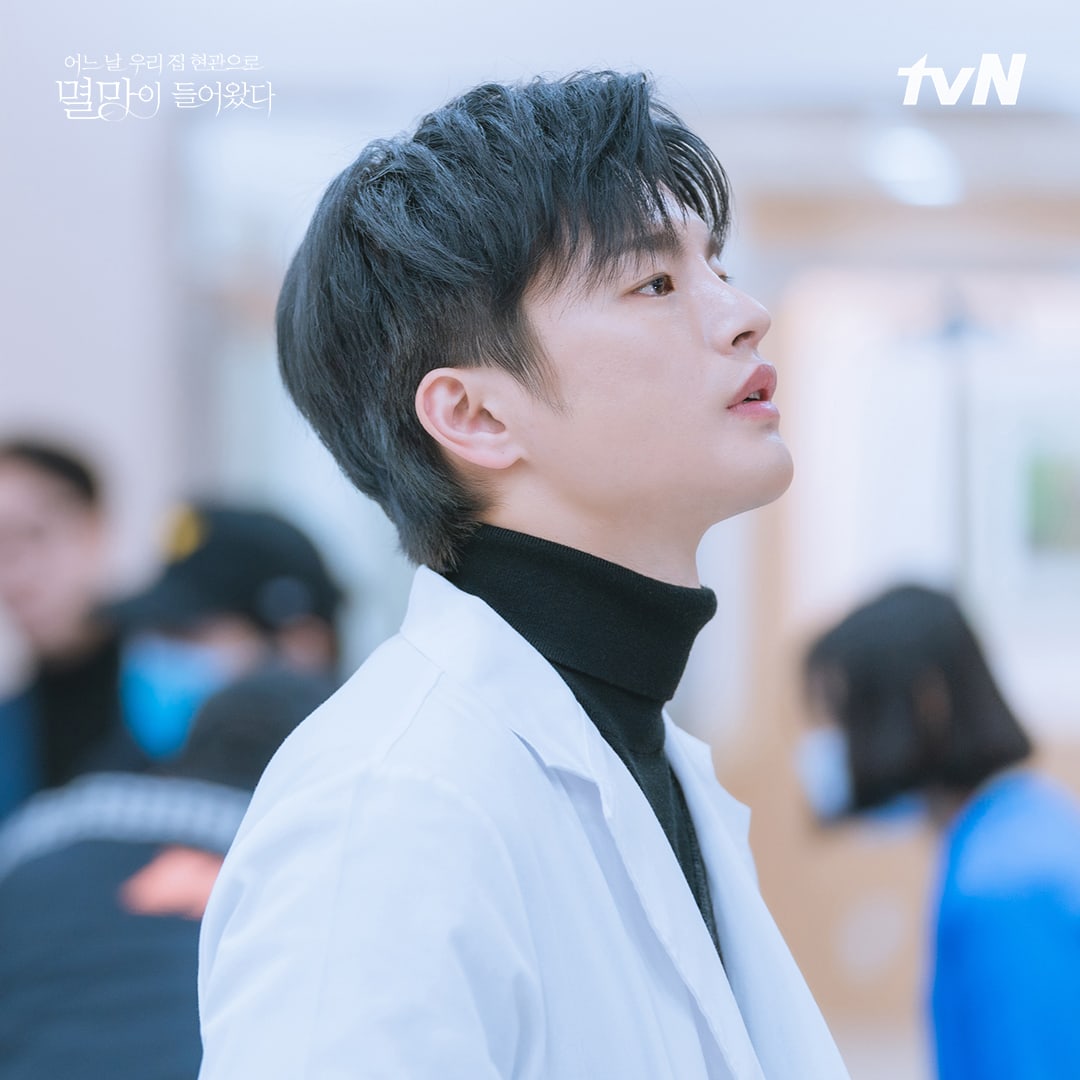 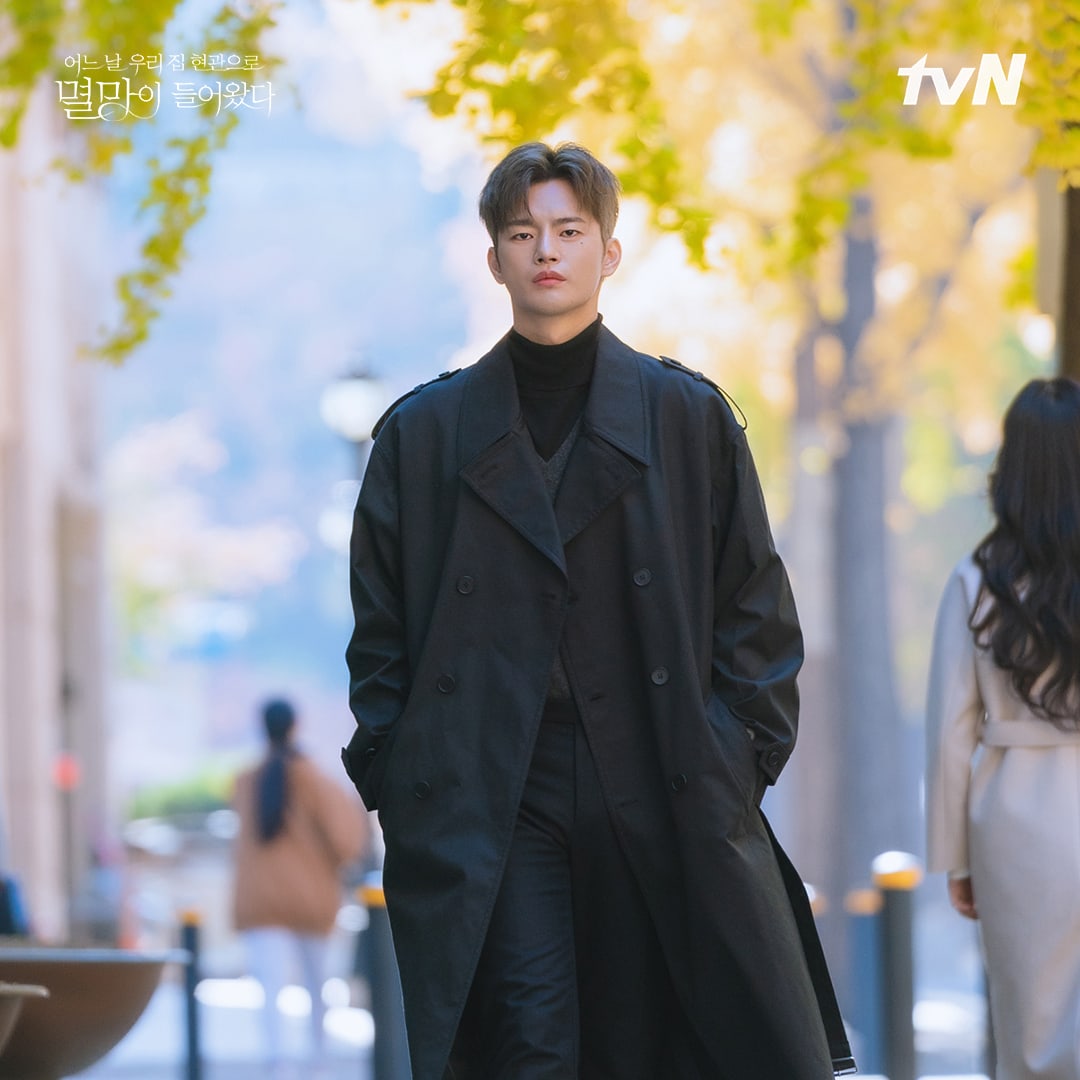 The production team shared, “From the first filming, Seo In Guk surprised the production team with his realistic portrayal of the character Myul Mang based on his detailed character research. It will be Seo In Guk’s perfect transformation. Please look forward to the mythical and new charm Seo In Guk will showcase as he transforms into a transcendent character that has never been seen before.”

“Doom at Your Service” will premiere in May following the conclusion of “Navillera.”

In the meantime, watch Seo In Guk in the drama “The Smile Has Left Your Eyes“:

Seo In Guk
Doom at Your Service
How does this article make you feel?