tvN’s “Mouse” has shared a sneak peek of an unexpected conflict between Lee Seung Gi and Lee Hee Joon!

“Mouse” is a mystery thriller with an exciting plot full of twists and turns, and the latest episode proved no exception. At the end of the episode, Jung Ba Reum (played by Lee Seung Gi) learned the shocking truth that Han Seo Joon (played by Ahn Jae Wook) was the doctor who had actually performed his surgery. Meanwhile, Go Moo Chi (played by Lee Hee Joon) was arrested by the police after he attempted to falsely take the blame for the murder of Woo Jae Pil (played by Jung Suk Yong).

In newly released stills from the drama’s next episode, the story takes another surprising turn: when Go Moo Chi shows up at Jung Ba Reum’s house drunk without warning, the dream duo—who have always worked well together as partners—get into their first fight.

At first, Jung Ba Reum looks shocked and worried by Go Moo Chi’s state of extreme intoxication, as the older cop is barely able to stand up straight. However, the deeply upset Go Moo Chi soon grabs Jung Ba Reum by the collar as he yells loudly at him, raising the question of what could have made him so upset at the rookie cop.

Caught off guard by Go Moo Chi’s unexpected behavior, Jung Ba Reum initially hesitates to act—but as Go Moo Chi continues to rage at him, he eventually grabs the other man and takes physical control of the situation. 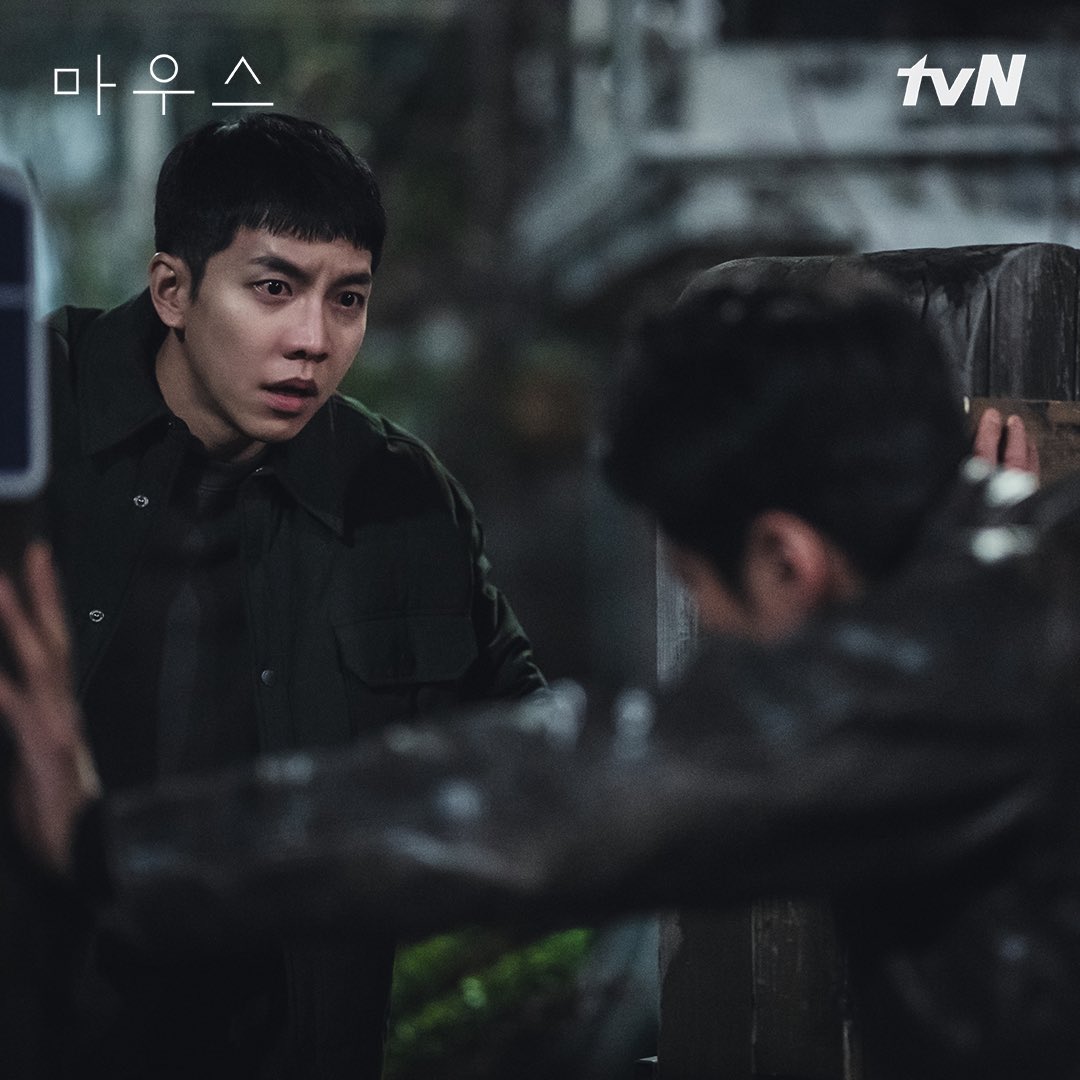 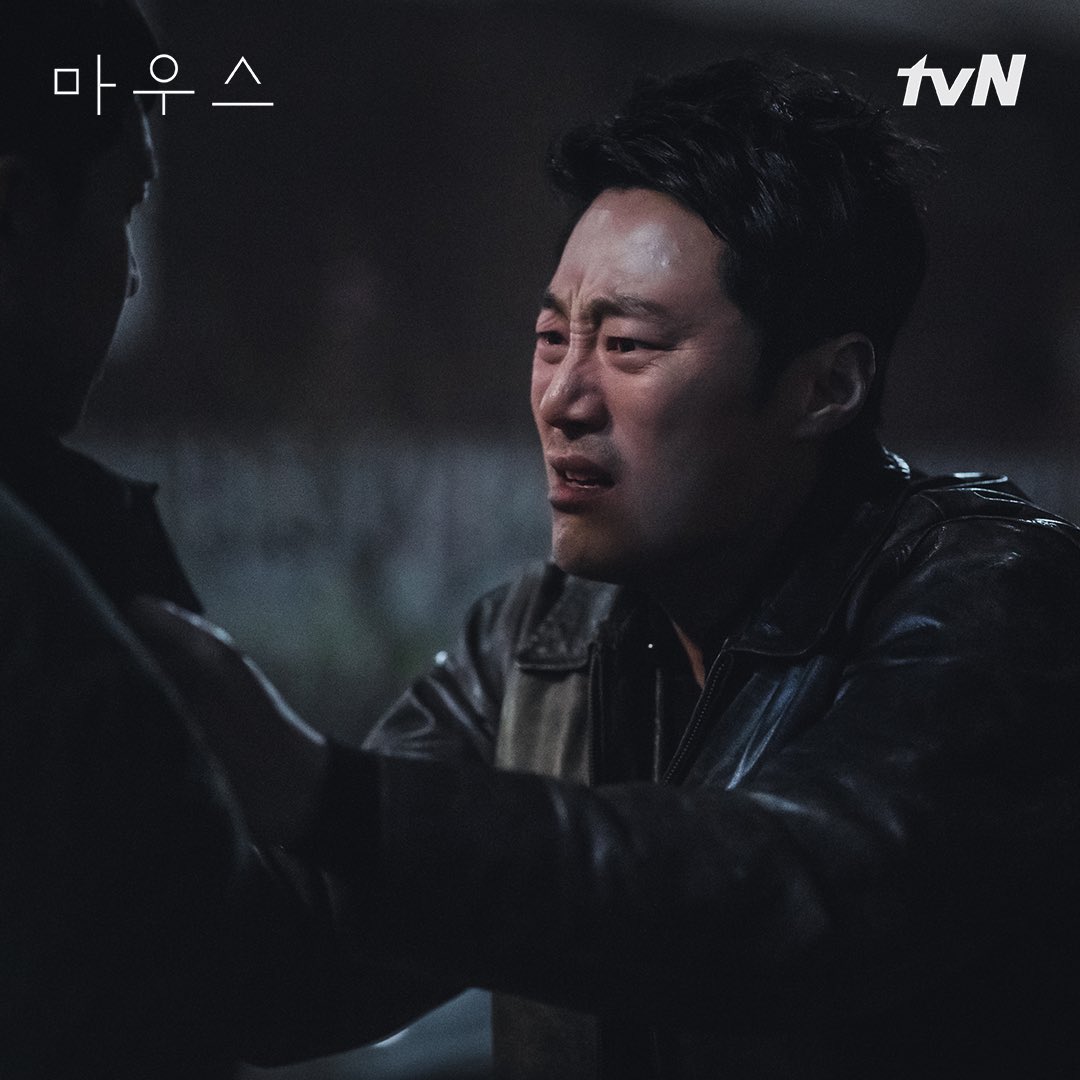 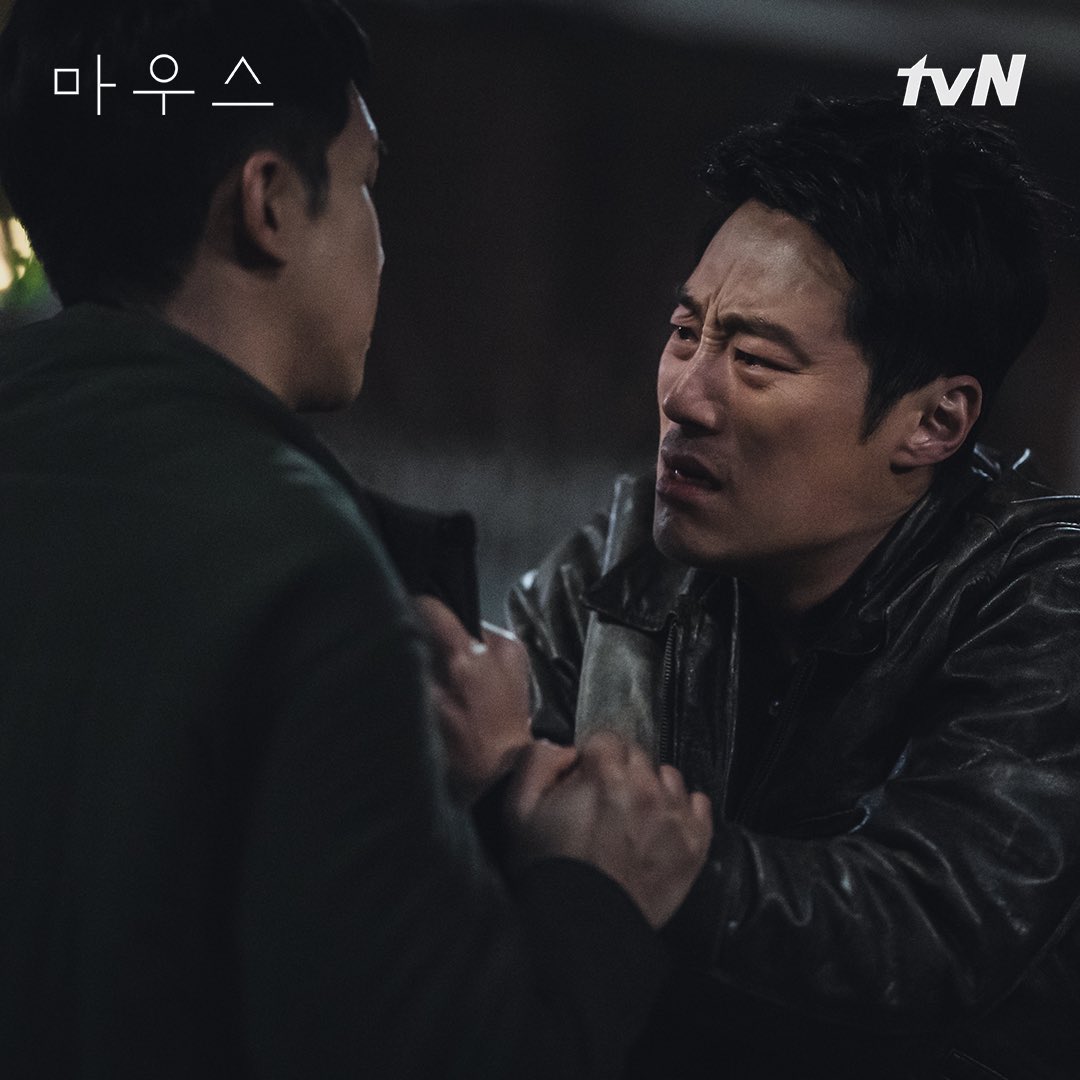 The producers of “Mouse” teased, “Jung Ba Reum and Go Moo Chi, who joined forces to investigate a case and made up for each other’s shortcomings, will bitterly face off against each other in Episode 9. To find out what leads to this face-off, please tune in to Episode 9, which will deliver more plot twists that shock everyone once again.”