IU spoke candidly about learning to love herself on the latest episode of “You Quiz on the Block.”

The singer and actress appeared as a guest on the 100th-episode special of the tvN variety program, where she revealed that she was a big fan of the show.

“I’ve watched ‘You Quiz’ so much,” said IU. “Even if I miss the show when it first airs, I watch the rerun. I also watched the BTS episode that recorded the highest ratings.”

During her own episode, IU opened up about struggling to accept herself during her younger years, despite her massive success as a celebrity.

The star recalled, “When I was young, I had a lot of self-hatred. Even if I achieved good results, it was hard for me to love myself. When I turned 25 years old, that was the turning point in my life.”

Referring to the chorus of her 2017 hit “Palette,” IU went on, “The reason I wrote the lyrics ‘I think I know a little bit now [who I am]’ was because I felt like there was nothing left that could make me more disappointed in myself or surprised by myself. I was finally able to accept both my shortcomings and my strengths. I was finally able to like myself.” 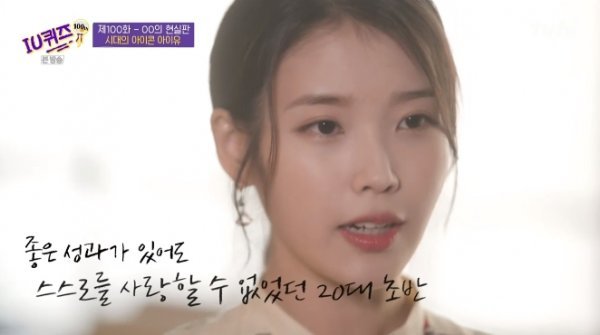 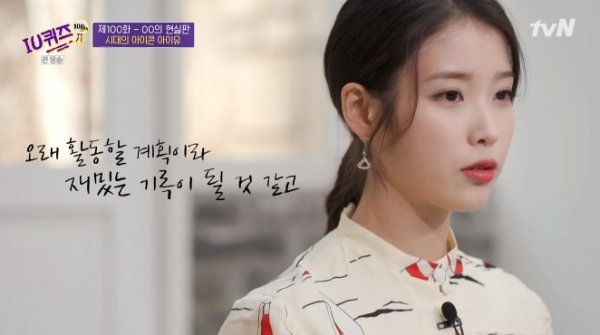 IU also talked about the inspiration for her beloved 2017 ballad “Through the Night.”

“Back then, I was having a hard time sleeping,” she explained. “Since I myself couldn’t sleep well, the words ‘Sleep well’ were a sincere expression of my feelings. Because back then, if someone fell asleep before me, I felt kind of sad.”

“When my friends and I stopped contacting each other because they went to sleep, I found it increasingly hard to support their falling asleep,” continued IU. “I began using the words ‘Sleep well’ very sparingly. But I thought to myself that if it were someone I really loved, I would want them to sleep well, regardless of whether I was [having trouble sleeping], and that’s why I wrote those lyrics.” 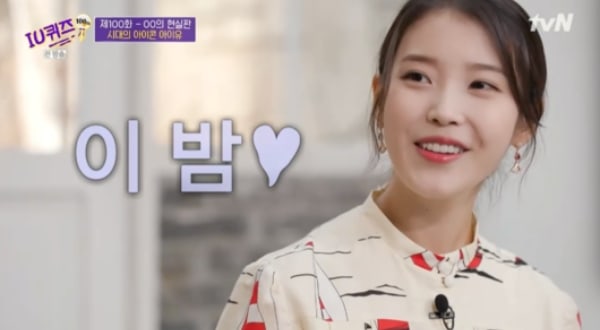 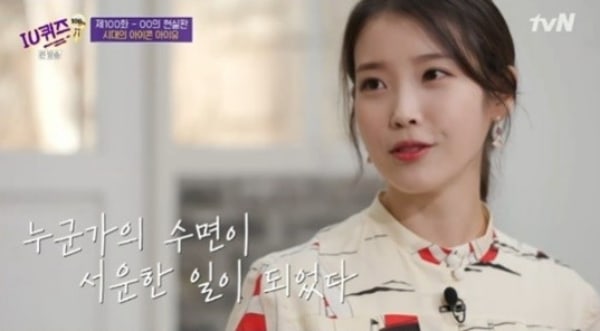 Later on in the show, IU revealed that her younger brother hides the fact that his sister is a superstar, keeping her identity a secret from almost all of his acquaintances.

“My younger brother just enlisted in the military,” she shared. “It’s been about two weeks. He’s spent his entire life hiding the fact that I’m his older sister, and he hasn’t told anyone except his closest friends. He’s still keeping it a secret in the military. But he can’t help the fact that our faces look similar, and his name is also Lee Jong Hoon. Since his name is kind of well-known, some people seemed to be suspicious, but he says that he’s been pretending not to notice.” 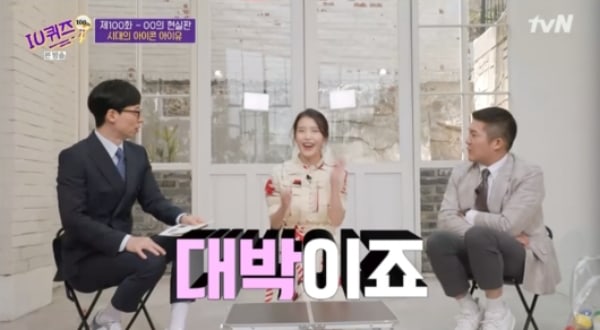 Watch IU in her latest drama “Hotel Del Luna” with subtitles below!

IU
You Quiz on the Block
How does this article make you feel?