3 Things To Love About Unconventional Taiwanese BL Drama “HIStory 4: Close To You”

The new season of the most compelling BL series in town, the “HIStory” series, returns for a fourth season titled “HIStory 4: Close to You,” starring more eye-catching male actors!

Here are some reasons “HIStory 4: Close to You” is a drama all BL fans need to check out.

The latest installment in the “HIStory” series

The “HIStory” series has attracted much attention for its impressive love stories and charming characters. “HIStory 4: Close To You” is an even more evolved version of the previous seasons, meaning that it’s full of emotional and affectionate scenes and is more engaging than before. However, the previous dramas in the series have also told solid touching love stories. 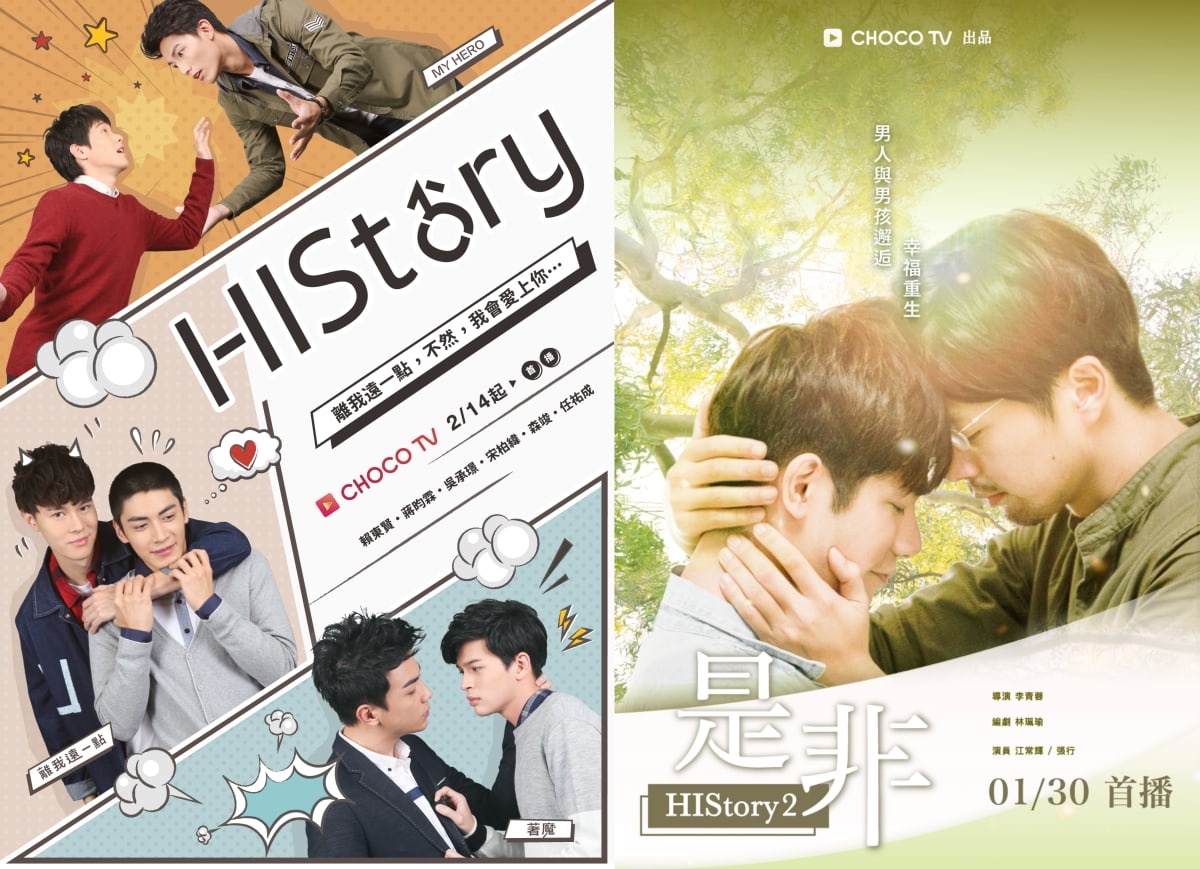 “HIStory 1” includes three independent stories, and the three episodes are each their own roller coasters. “HIStory2 ” is comprised of two special BL stories. The first story is about a college professor and single father who falls in love with a younger male, and the second story is about two stepbrothers who try to repress their socially unacceptable feelings for each other. Genuine chemistry is present at all times between the characters, and the music is amazing.

The two seasons of “HIStory 3” have aroused widespread heated discussion. 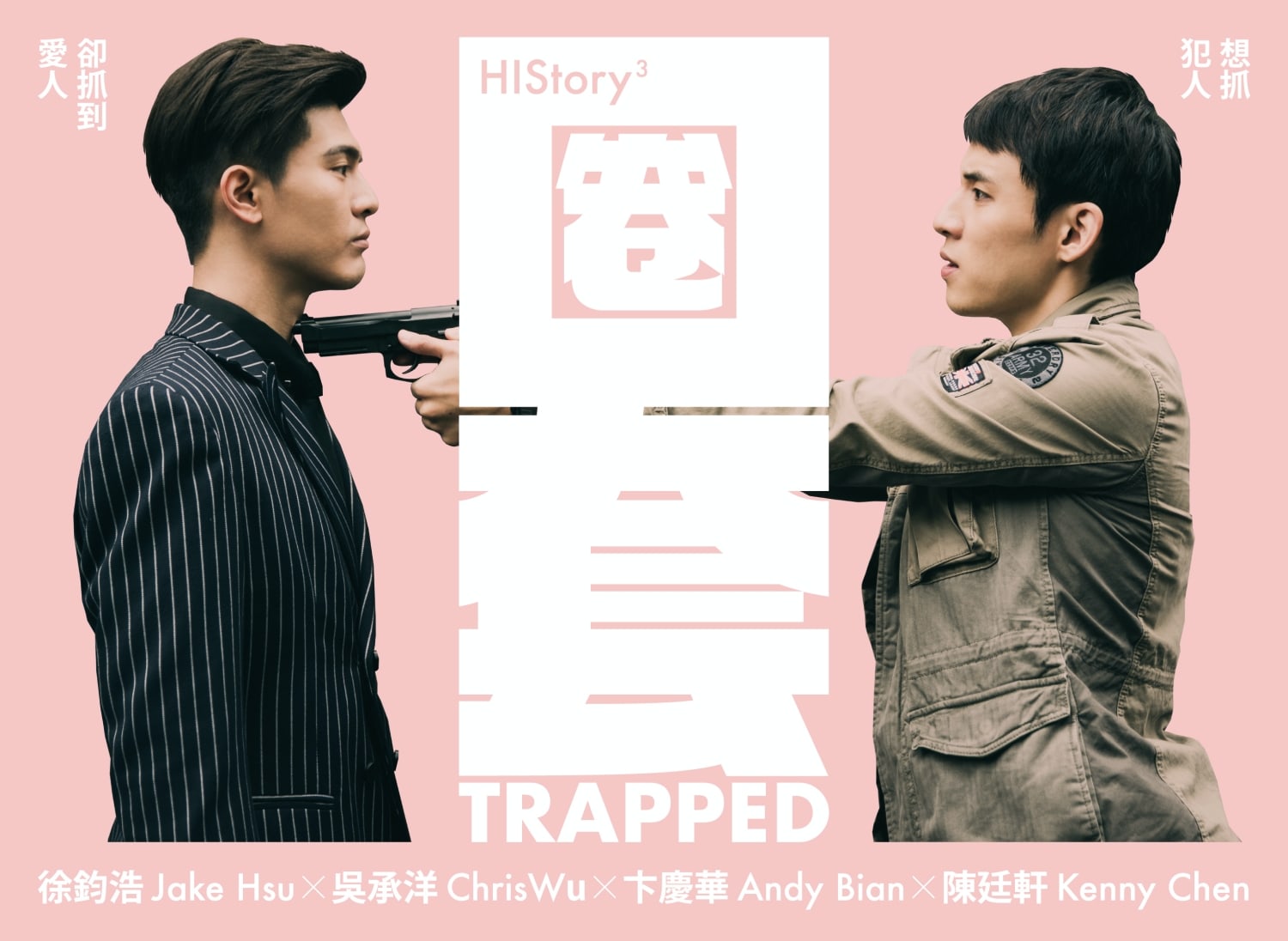 In a shooting murder case, a policeman and a gangster were killed. What secrets are hidden behind them? The only survivor is Tang Yi (Chris Wu), the young master of the Tianmeng gang, who sets up a bureau to catch the murderer to avenge his boss. Meanwhile, police investigator Meng Shao Fei (Jake Hsu) gradually falls into Tang Yi’s “love trap” in the process of tracing the truth of the murder case. The two men were rivals at first, but their relationship eventually develops into romantic love. The theme of this drama is one of “police and bandits,” which adds an element of thrill. 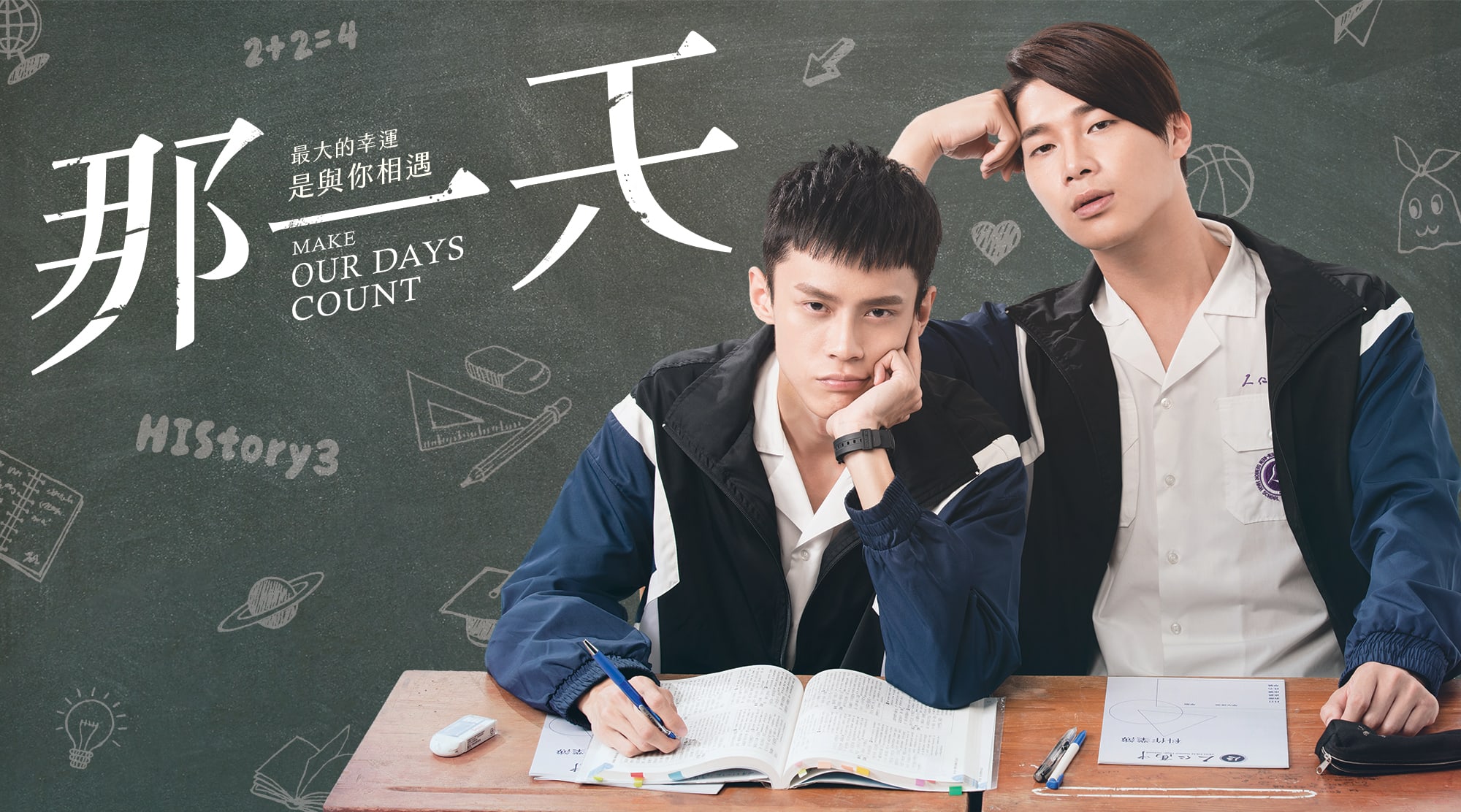 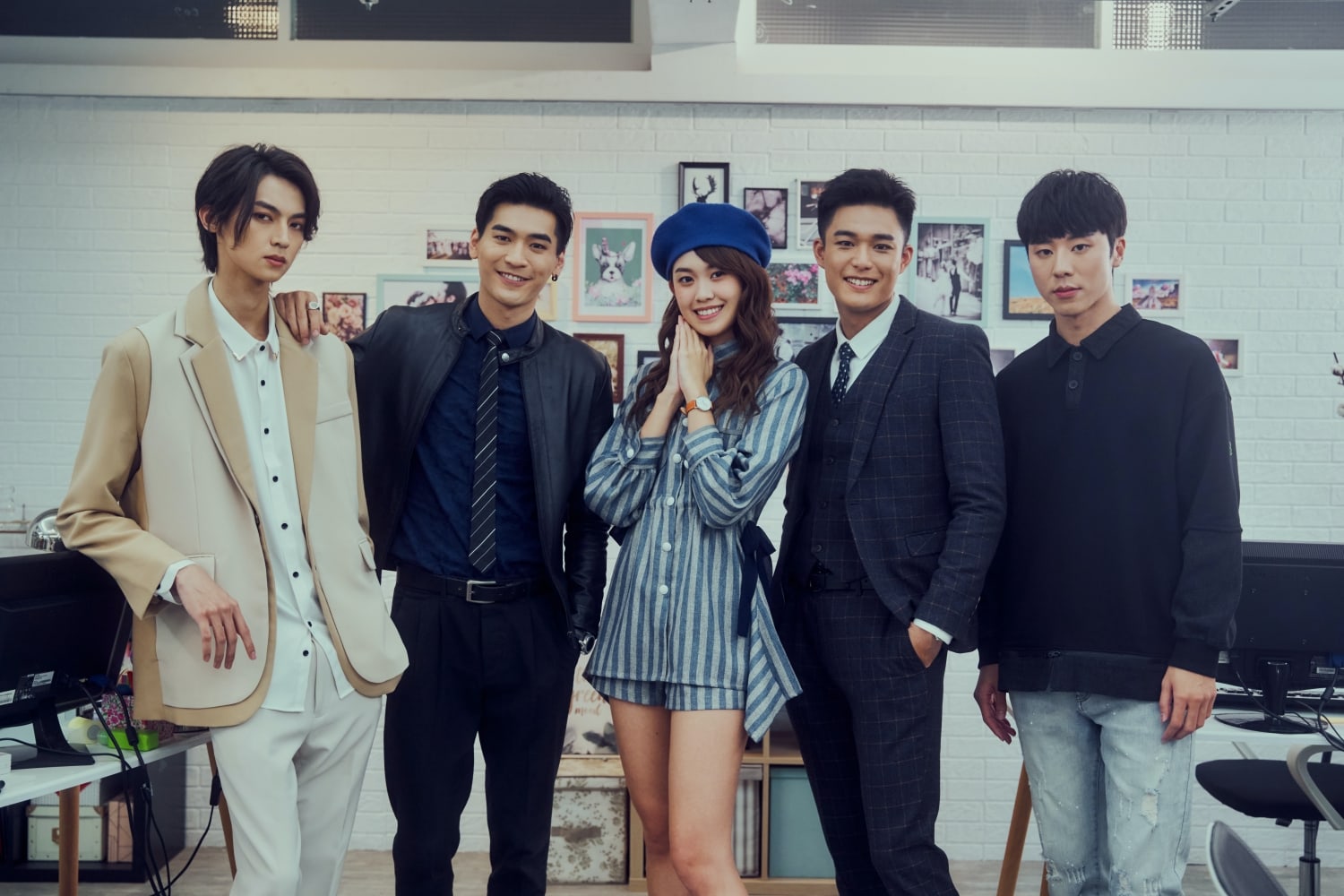 As the latest addition to the “HIStory” BL universe, “HIStory 4: Close to You” will bring a brand new experience to the audience. The plot unfolds from the perspective of a fujoshi (a female fan of BL), and it focuses on two special pairs of homosexual couples—the forbidden love between stepbrothers, and two boys who come to realize their sexual identities. The plot is relaxed and humorous, reflecting the uniqueness of true love and the fluidity of sexuality. 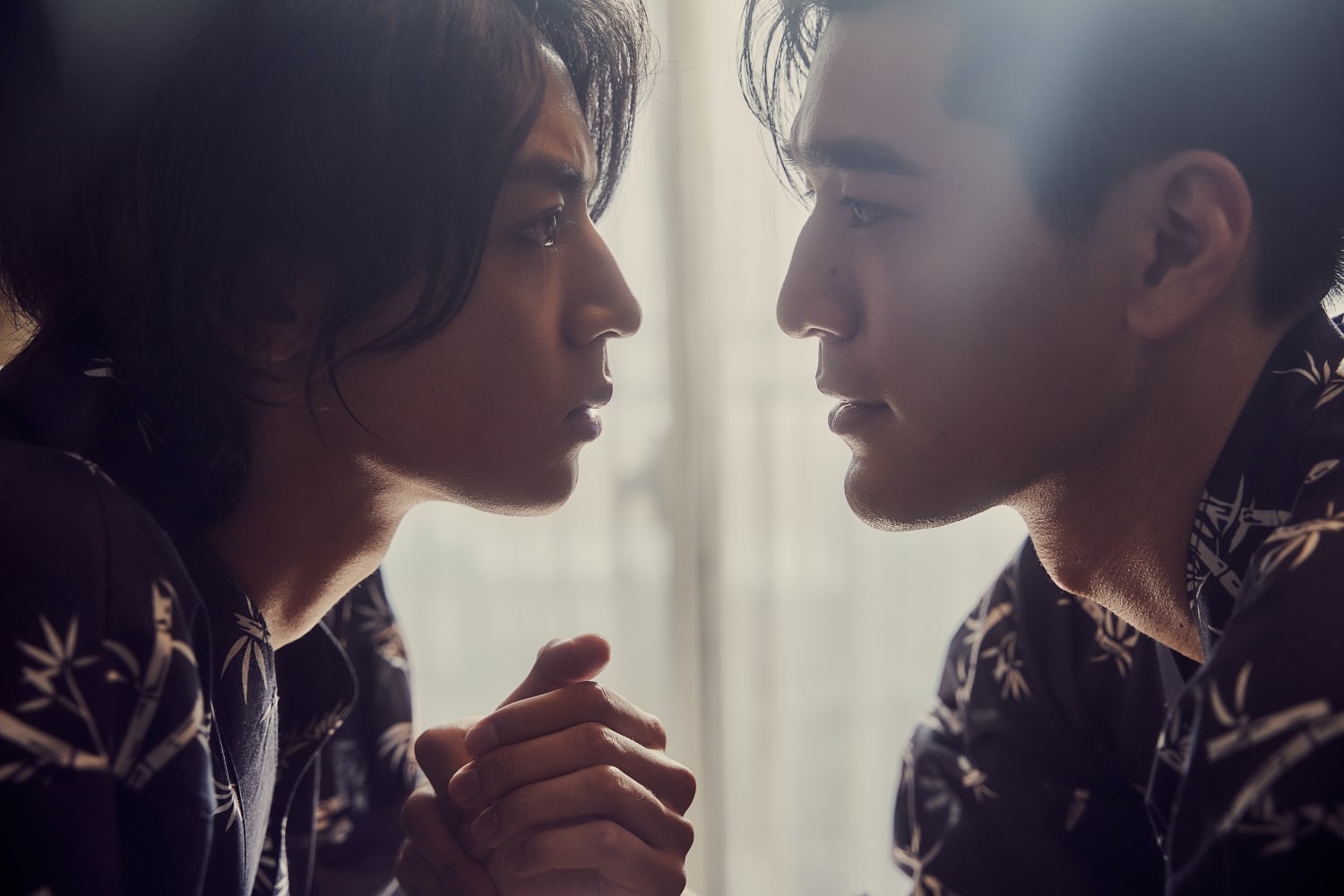 One of the stories in “HIStory 4: Close to You” is about a man who pretends to be gay as part of a plan to chase a girl he likes—only to realize he really is gay.

To pursue his childhood first love Liu Mei Fang (Cindy Chi), who is a fujoshi, Xiao Li Chen (Charles Tu) pretends to be a homosexual couple with Teng Mu Ren, a disciplined noble boy played by Anson Chen, to deliberately attract Mei Fang’s attention. While pretending to be gay, Xiao Li Chen often asks himself: “How can there be this feeling? Why is there still an aftertaste? Do I really like him?” He has a direct attitude to relationships, so he decides to follow his desire to show Mu Ren all of his passion and attention. Meanwhile, Mu Ren also gets a “strange feeling” for Li Chen, which prompts him to often act resistingly with Li Chen. But the attraction between them is like inevitable gravity, and they fall in love with each other unconsciously.

As a viewer, you’ll be deeply moved by the unexpected story of the two men who discover that they’re gay when they fall in love with each other. While there is much emotional tension between this couple, you will also be able to enjoy a relaxed and funny plot that highlights the process gaining self-awareness and starting a relationship.

Pair 2: A story of love without boundaries 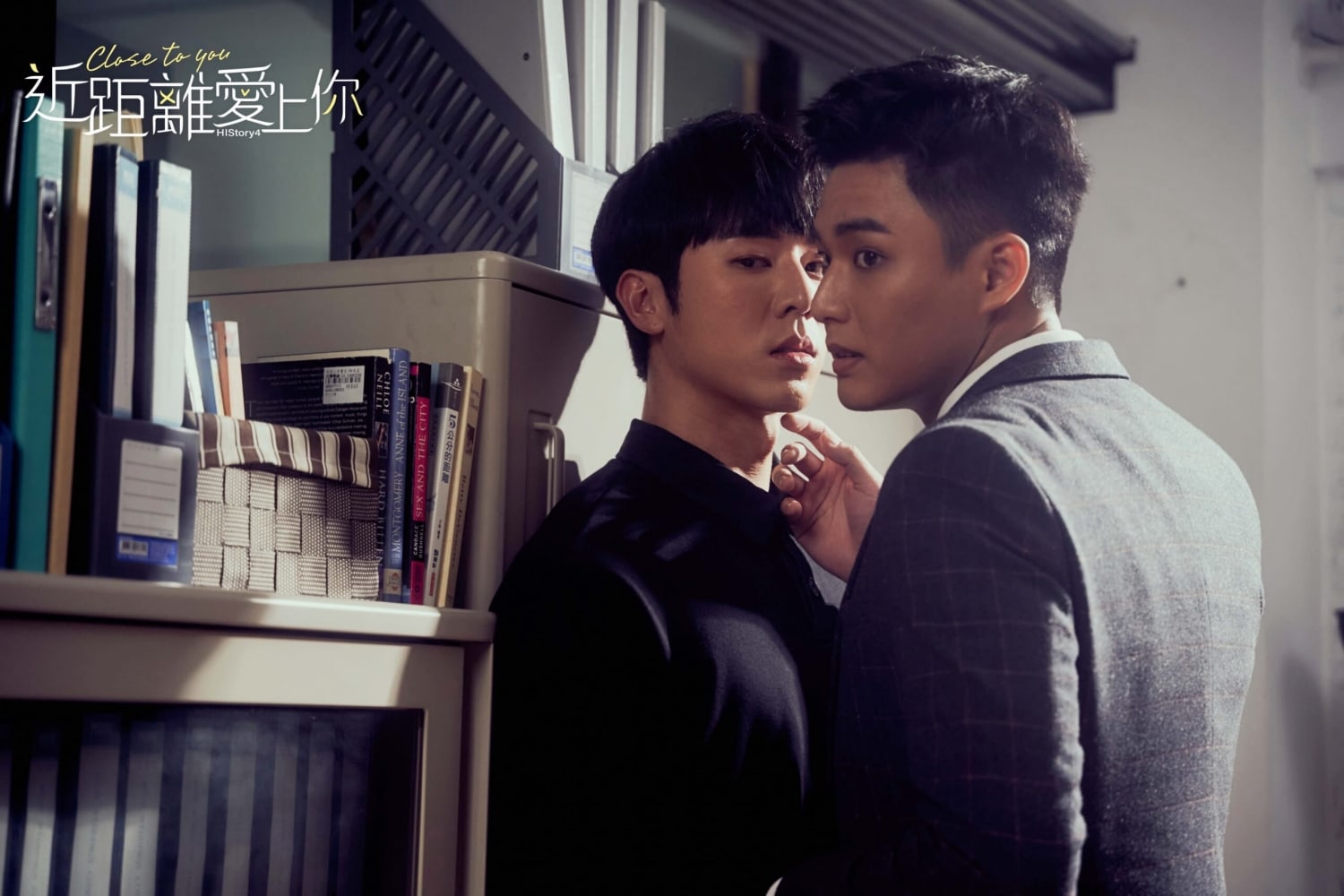 The other part of the drama tells a taboo love story between two stepbrothers. While their personalities are completely different, they have souls that complement each other perfectly, thus attracting each other inevitably.

Ye Xing Si is a caring man who brings warmth to others. He has a brother, Fu Yong Jie, with whom he is not related by blood. Yong Jie is a cold medical student whose personality is the opposite of Xing Si’s, and he was quite pampered by his stepbrother. Fu Yong Jie chooses to protect himself by being indifferent, and the lack of love from his father leads to his obsession with his brother. Due to his insecurity, Yong Jie is suspicious of whether his brother is worthy of his love, so he tests his brother’s attitude over and over again. But Ye Xing Si uses his gentleness to melt Yong Jie’s heart. He fulfills every promise he makes with Yong Jie and is always careful and gentle. Xing Si’s every action reassures his brother as if he’s saying, “Don’t be afraid, I will always accompany you.” However, Xing Si cannot bring himself to act against his father, so Yong Jie takes action and tries to break their father’s opposition against their relationship.

Yong Jie and Xing Si’s story is one of fate. The two were destined to be together and become each other’s saviors. Their life experiences and personalities are complementary, meaning they are only complete when they come together. 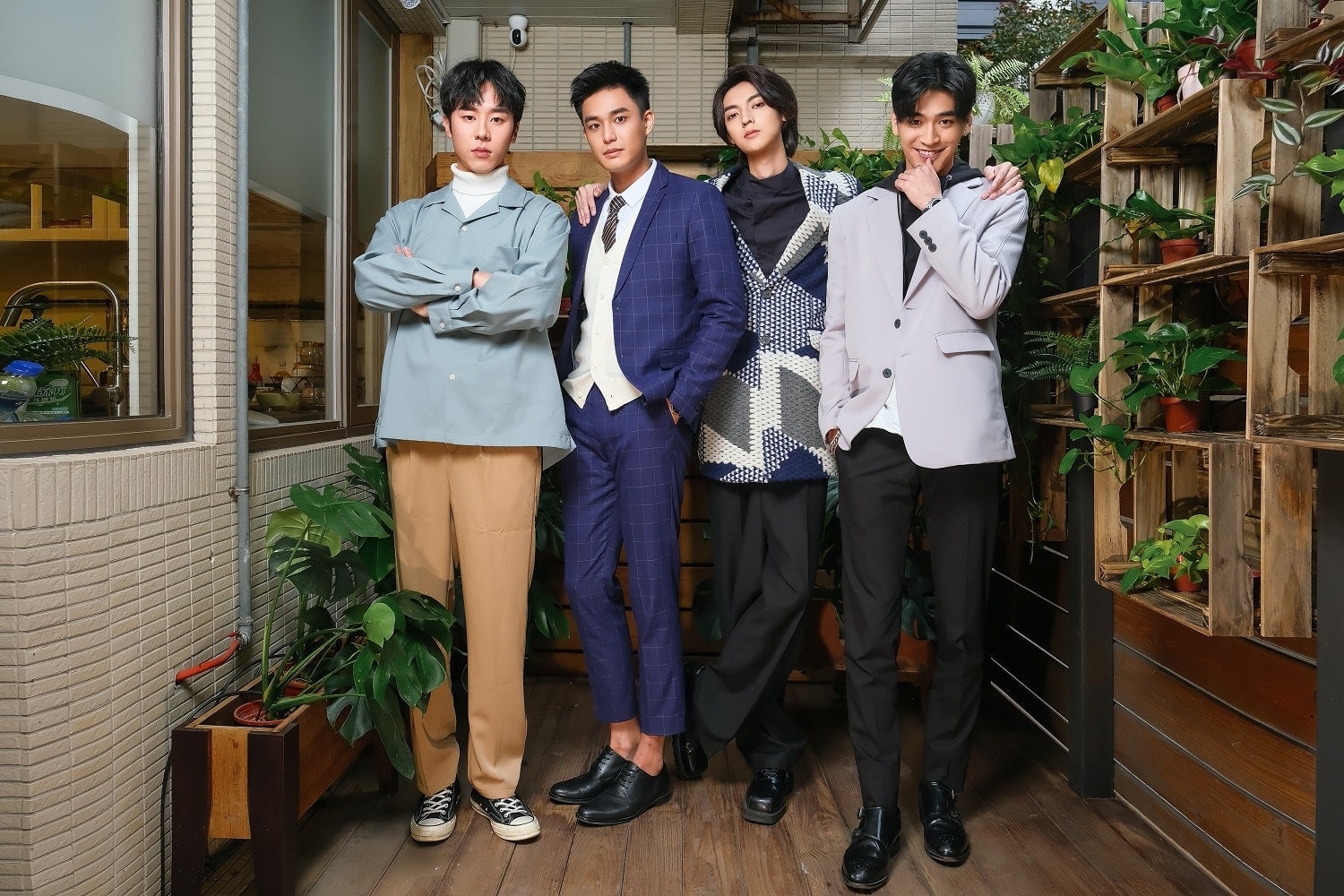 It is interesting to note that same-sex marriage has been legal in Taiwan for almost two years now. The drama’s plot revolves around a marriage consultant firm, through which the drama depicts the change in the social perception of sexual minorities, raises awareness of being conscious of one’s own sexual orientation, and shows how to find internal peace in a traditional environment.

“HIStory 4: Close to You” is highly recommended and can’t be missed.

Soompi Spotlight
HIStory 4: Close to You
How does this article make you feel?