“Sell Your Haunted House” (previously known as “Daebak Real Estate”) is a new fantasy drama about a real estate agent and a con artist who team up to exorcise ghosts and evil auras from haunted properties. Jang Nara will star as Hong Ji Ah, a hot-tempered exorcist who is the boss of Daebak Real Estate, while CNBLUE’s Jung Yong Hwa will play Oh In Bum, a con man who doesn’t believe in ghosts, but makes a living by pretending to be an exorcist.

In the newly released posters, Hong Ji Ah and Oh In Bum have a sharp, wary look in their eyes as they step inside a dark, old-looking house devoid of furniture or inhabitants. However, as they begin to climb the stairs to the second floor, they appear not to notice an ominous shadow creepily lurking at the top of the staircase. 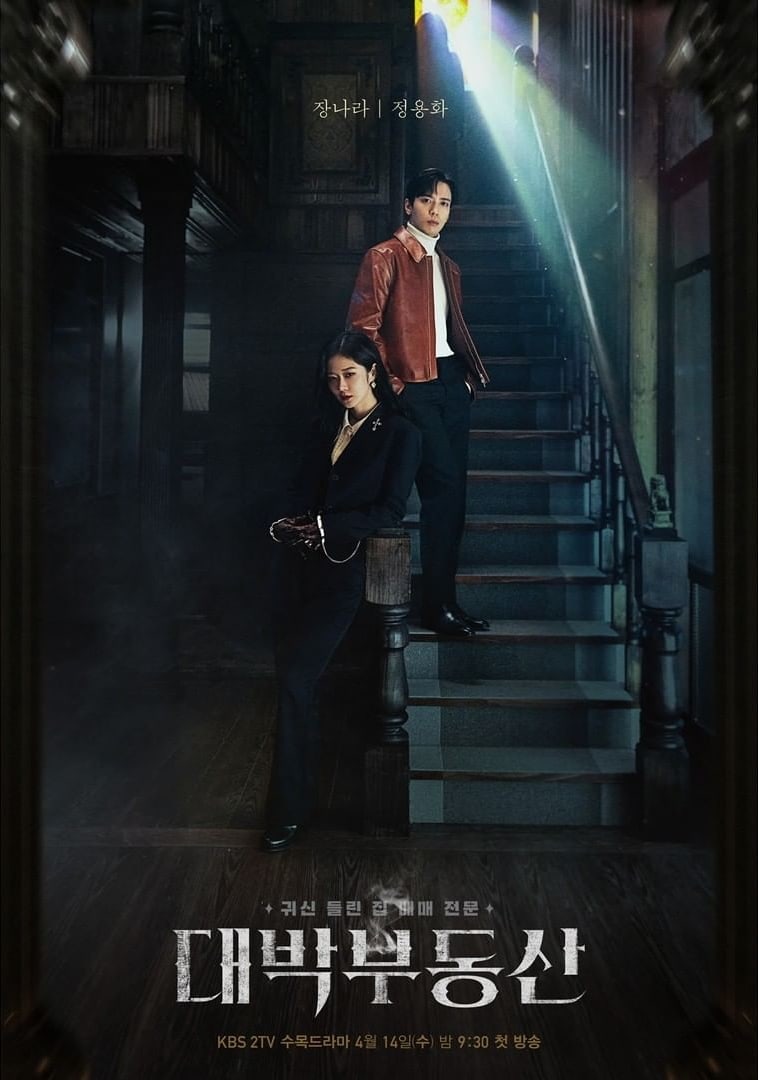 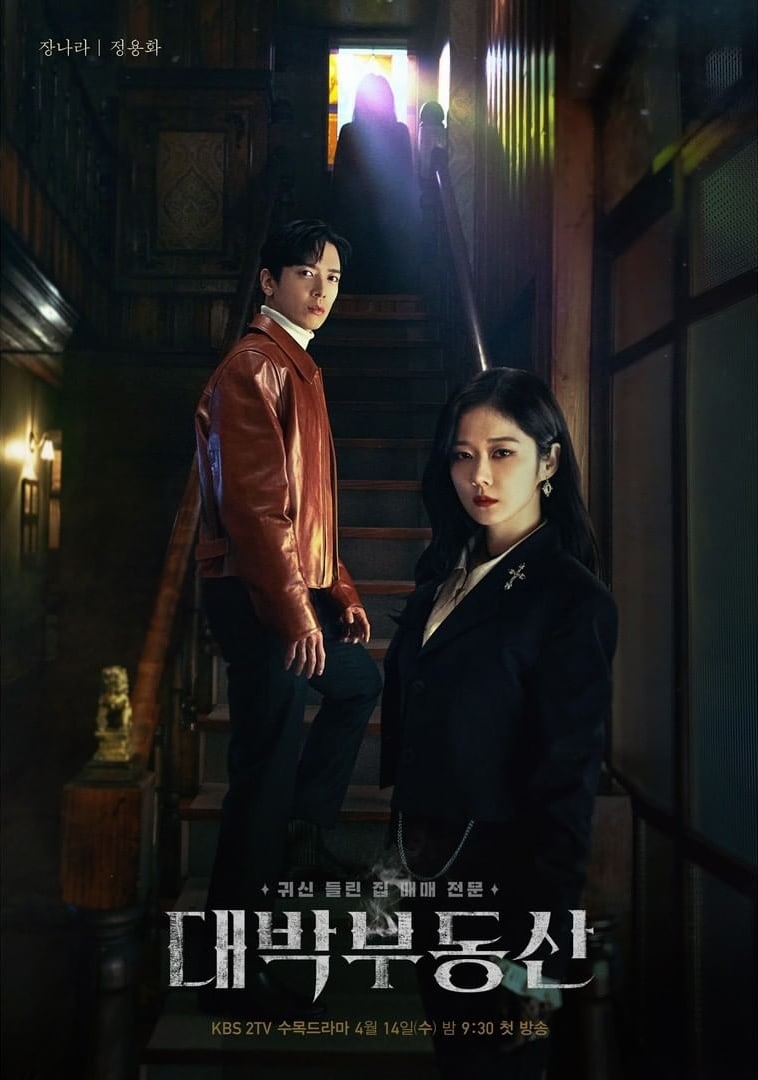 According to those present during the poster shoot, the atmosphere on the actual set was nothing like the tense, eerie vibe of the finished product. In stark contrast to the spine-chilling posters, Jang Nara and Jung Yong Hwa playfully joked around the entire time they were preparing for the shoot—but as soon as it was time to pose for the camera, they impressively snapped right back into character.

The producers of “Sell Your Haunted House” commented, “On the filming set as well, Jang Nara and Jung Yong Hwa are true actors who have a definite on/off switch. It’s amazing how the look in their eyes changes the moment the cameras start rolling.”

They went on to add, “We ask that you show a lot of interest in ‘Sell Your Haunted House,’ which will greet viewers with a new and unique story, as well as Jang Nara and Jung Yong Hwa’s performances.”

“Sell Your Haunted House” premieres on April 14 and will be available with subtitles on Viki. In the meantime, check out a teaser for the drama here!

Watch Jang Nara in her previous drama “Oh My Baby” with subtitles below: