Choi Woo Shik Talks About His Strengths, Making Friends As An Actor, And More

The actor collaborated with the magazine to celebrate a new fruity fragrance. With the entire set covered in grapefruits, Choi Woo Shik commented that he had especially enjoyed the shoot. 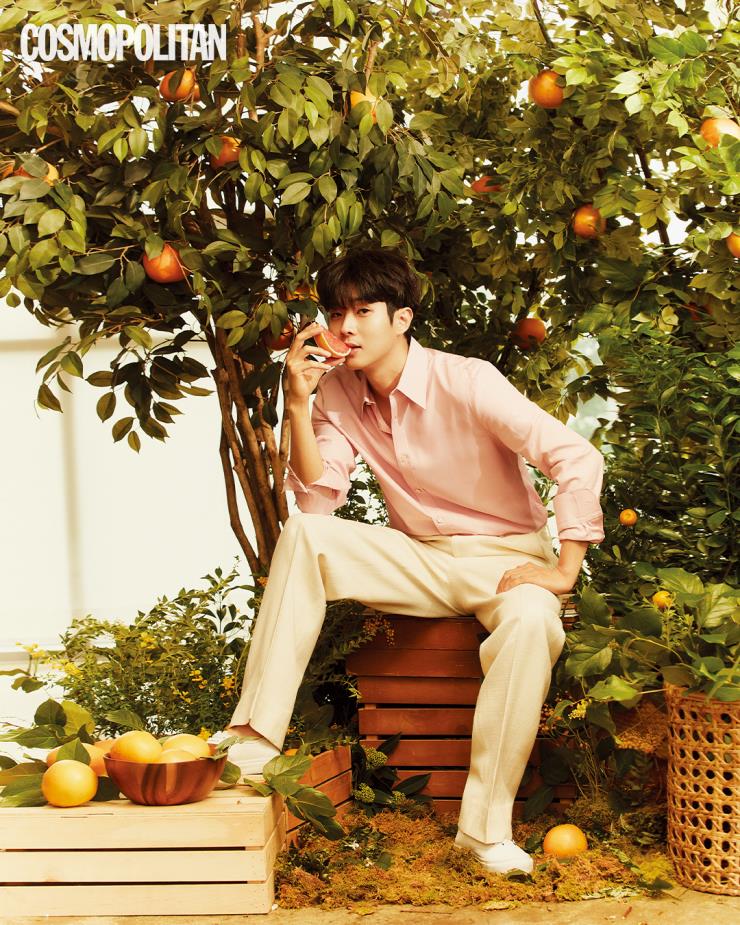 In the interview that followed, Choi Woo Shik talked about the pressure he receives in taking on his roles following the success of “Parasite.” He explained, “It would be a lie to say that I don’t feel pressured. It was such a good experience, and wouldn’t the actors and staff all hope to find a project to go beyond that?” He added that he was able to overcome the pressure by “enjoying the process and working with joy.”

On his strength as an actor, Choi Woo Shik chose being able to portray characters in a bright and playful manner. He explained, “I wasn’t an actor that was competitive in the field of appearance. But I was able to act out being lively in the most natural way. I’m the type that pulls from my life experiences when I act. So before, I used to pull from the happiness within me to take on those happy roles. These days, I think I refer to other aspects too. Everyone has dual sides to them. These days, I feel comfortable with being somewhere that’s not entirely bright.”

In actuality, it has been reported that Choi Woo Shik struggled with insomnia in the past due to his vast worries. He described that this is a result of bright people also having that much of a dark side to them. By explaining that this is how most people are in real life, he also stated that expressing these diverse sides add depth to his characters. 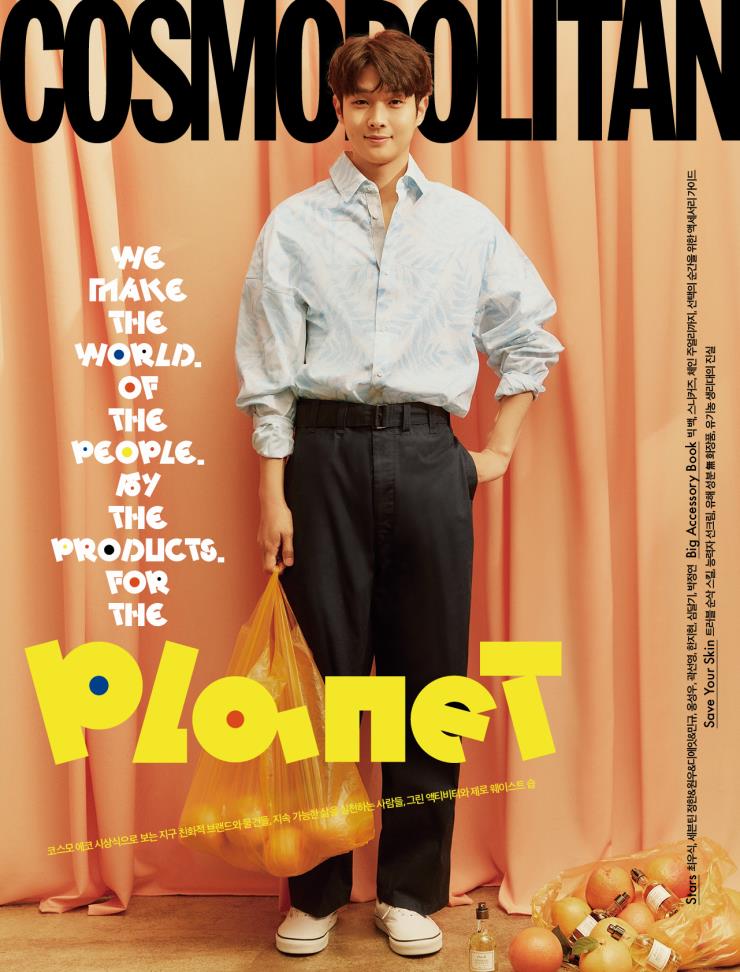 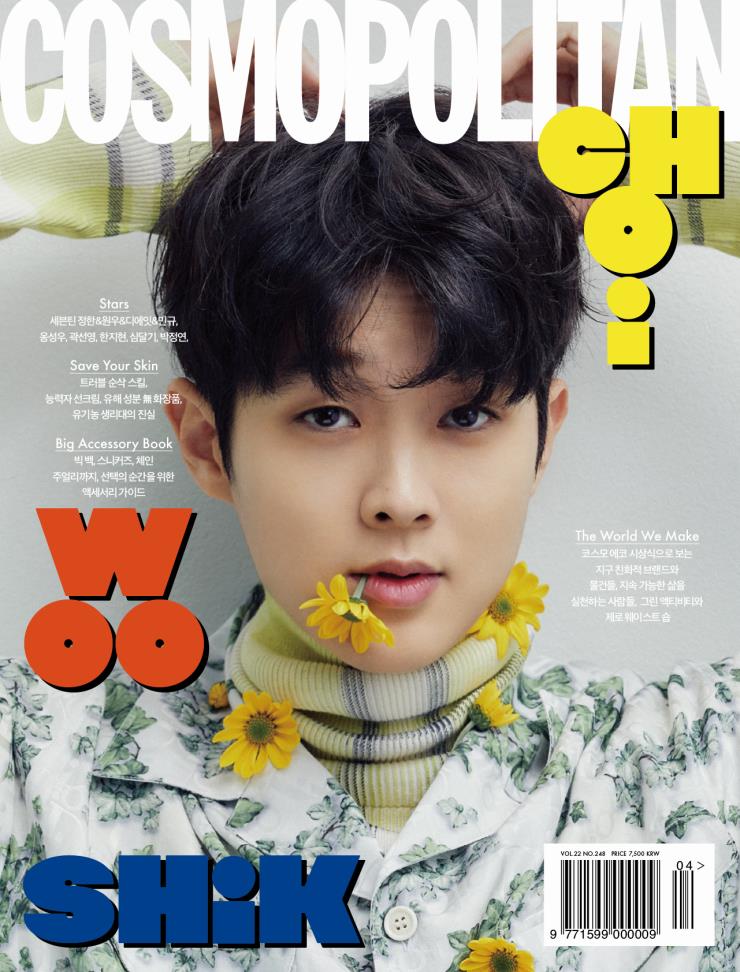 Looking back on his career, Choi Woo Shik had to mention the special people he met along the way. He said, “Because the chances of meeting new people are low when you’re an actor, you usually form personal relationships on set. The process of working with these great people is always exciting. The movie ‘Train to Busan’ is especially engraved in my mind as a good memory. Before then, it was always an issue for me of how to interact with people on set without feeling intimidated. When filming that movie, I would talk about our careers with Jung Yu Mi, Gong Yoo, Ahn So Hee, and Ma Dong Seok. We would even talk about the most random things. When there are seniors that work to make that kind of environment for rookie actors like me, their presence alone means a lot. And there will come a time when I play that role too.”

Choi Woo Shik shared insights on his newer works “The Policeman’s Lineage” and “Wonderland” as well, saying, “In ‘The Policeman’s Lineage,’ I was able to experience stronger characters that I hadn’t been able to express before. In ‘Wonderland,’ I made a lot of good memories working again with actors that I really like. Apart from the results, I can say with confidence that I as an actor genuinely enjoyed the process of partaking in these two projects. So please look forward to it.” 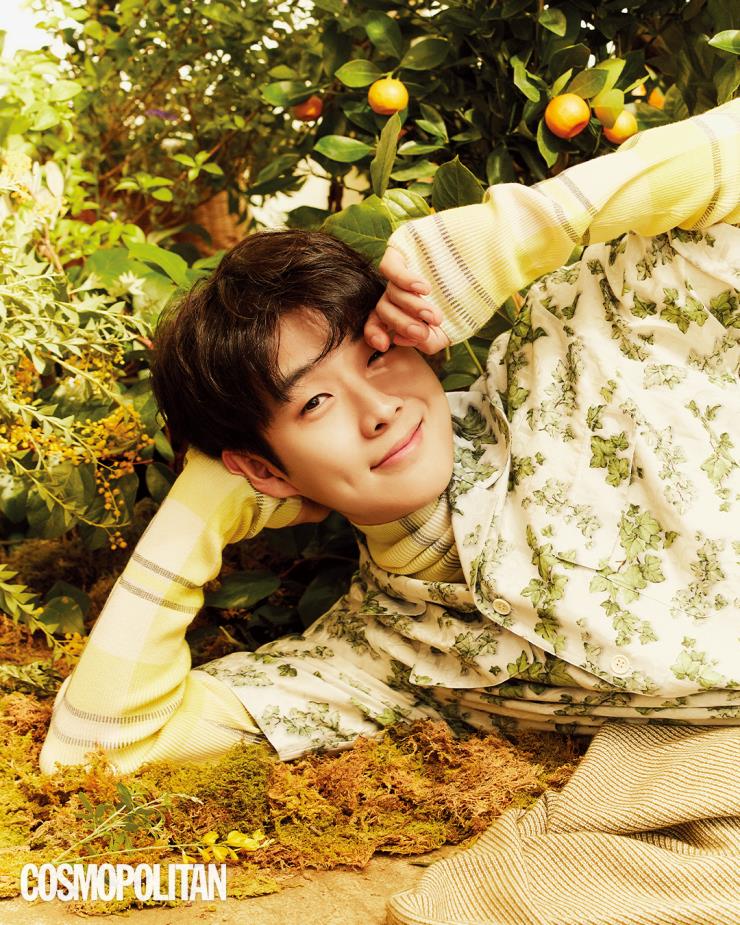 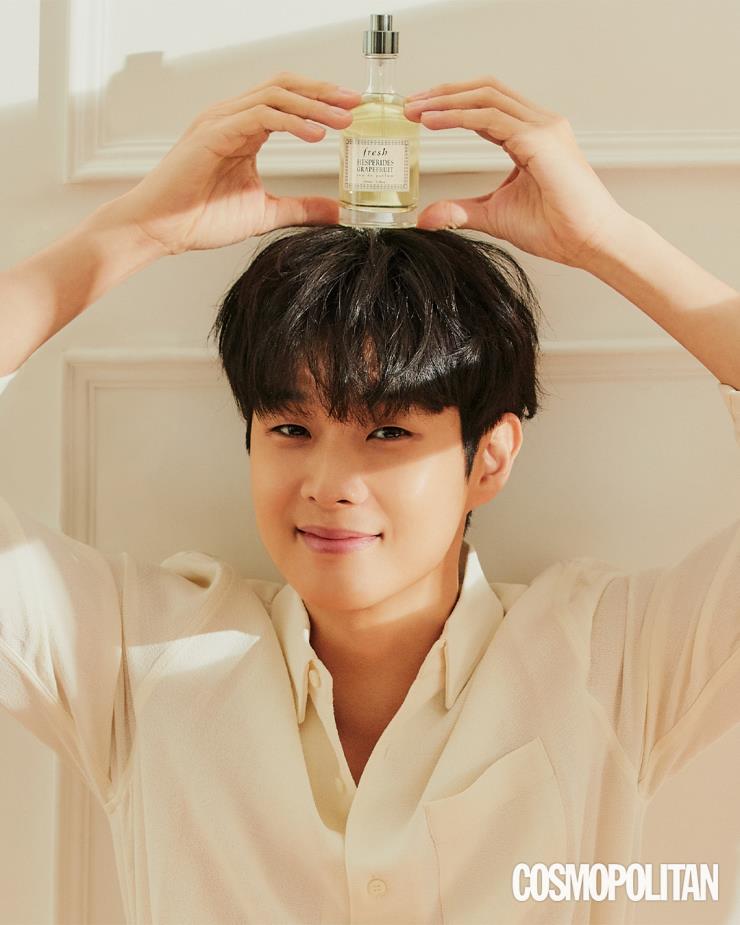 Wrapping up the interview, Choi Woo Shik recommended the song “Baby Powder” by Jenevieve to encourage those feeling down due to COVID-19. He explained, “It’s a song that makes you feel like you’re traveling. I listen to it while I drive.”

Choi Woo Shik
How does this article make you feel?