“Come Back Home” is a variety show about successful celebrities who revisit the places they lived when they first came to Seoul. There, they offer hope and advice to the youth currently living in those places as they pursue their dreams.

This is Yoo Jae Suk’s first return to KBS variety shows after the end of “Happy Together” a year ago. CP Kim Gwang Soo said, “It’s been a year since ‘Happy Together’ ended. It is a meaningful moment to reunite with Yoo Jae Suk, who has been [with KBS] for a long time.”

PD Park Min Jung said, “There are three meanings to ‘Come Back Home.’ First, the stars ‘come back home’ to the places they used to live. Second, they meet the people who now call those places ‘home.’ Third, Yoo Jae Suk returns to his ‘home’ at KBS.” 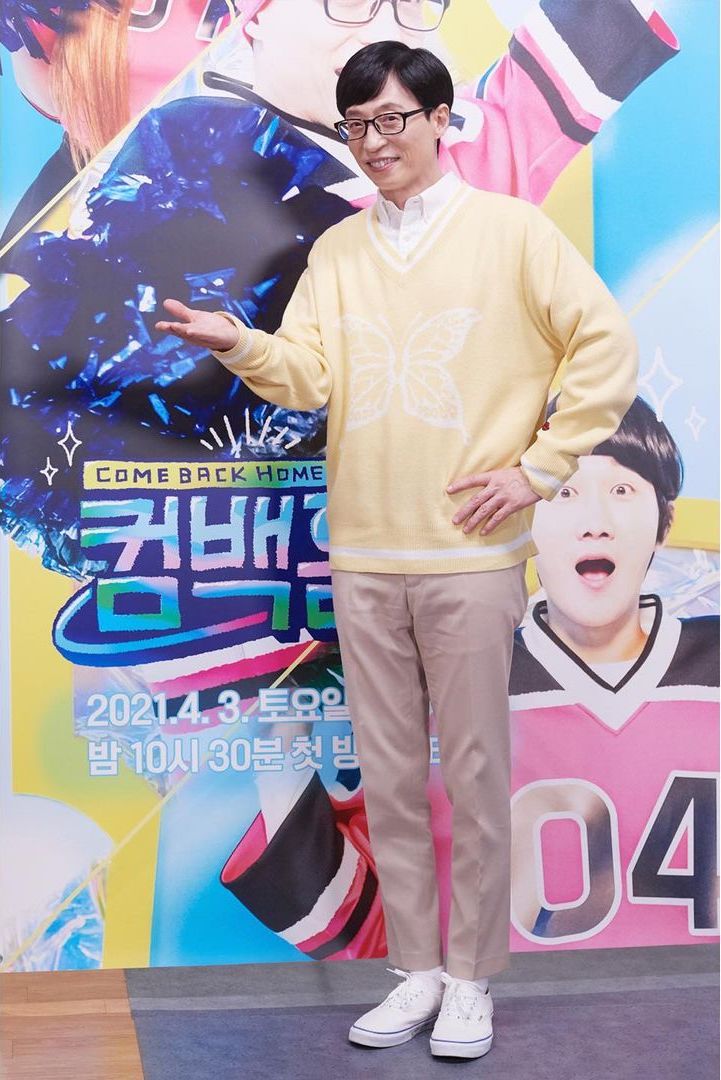 Yoo Jae Suk said, “I’m happy and excited. The recording studio was the same place where we filmed ‘Happy Together.’ I’m grateful that they welcomed me back. ‘Happy Together’ was a long-running program, and there are advantages and disadvantages to that. We tried to update the program as we went, but it was difficult to implement these changes. Park Min Jung planned ‘Come Back Home’ for about a year. I liked the idea of helping to fix these uncomfortable places to live.”

About the three MCs’ collaboration, Park Min Jung said, “Yoo Jae Suk and I had a lot of discussion about the MC lineup. The most important thing was that it felt fresh. It was a fun lineup from the first poster shoot. At our first shoot, we grilled meat with the MAMAMOO members at a rooftop apartment. At one point, it was just the three MCs left, but they continued having open conversations. I felt that the casting had been a gift from God.” 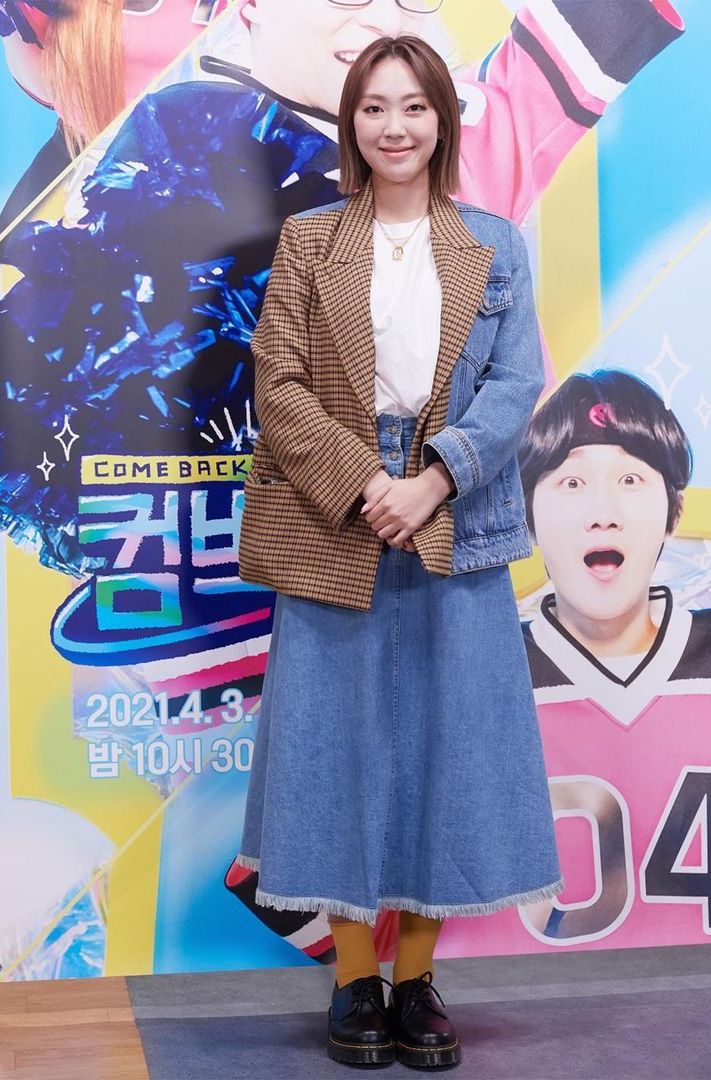 Rapper and entertainer Lee Young Ji shared her excitement to work with Yoo Jae Suk. “I can’t hide how happy I am to work with him,” she said. “I get nervous every time I meet him. Yoo Jae Suk and Lee Yong Jin took great care of me, so I’m grateful. I could relate to the premise of ‘Come Back Home.’ I liked the idea of sharing memories with young people and helping remodel their houses.”

Lee Yong Jin said, “There was no reason not for me to join the cast. I couldn’t believe that such a chance had come to me. It would be ridiculous to even say that I thought twice about it. I’m learning a lot from Yoo Jae Suk. It feels like someone who was just learning the alphabet has now learned the finer points of grammar.” 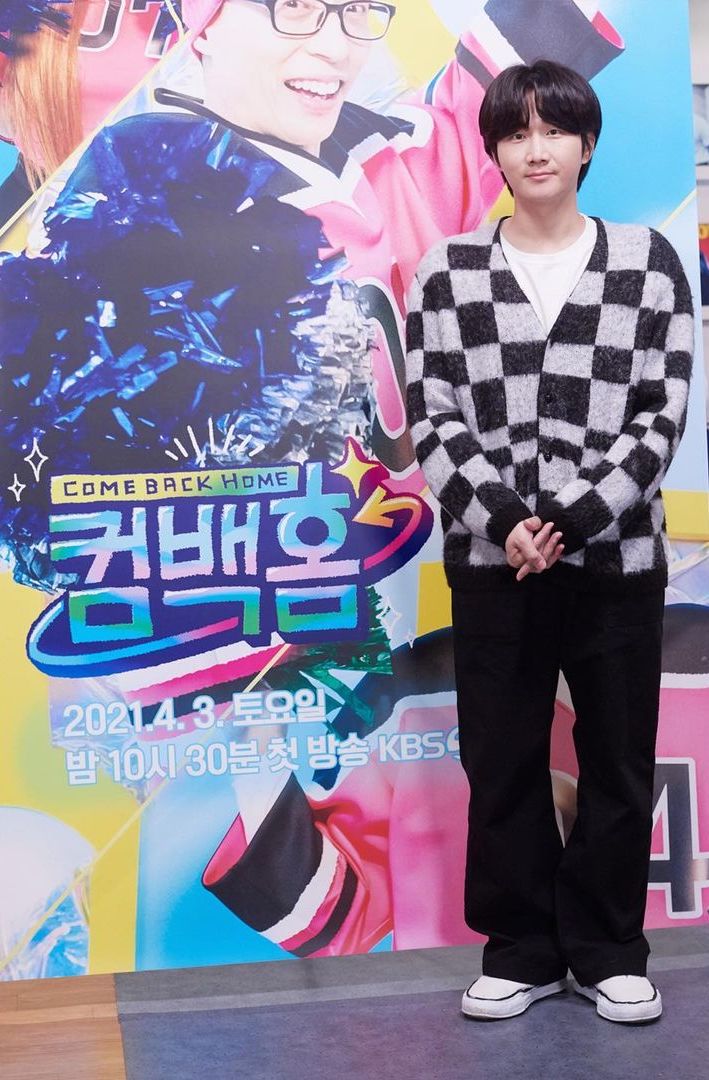 Yoo Jae Suk said, “There’s no real truth to the ‘Yoo’ Line. There’s no membership, but no matter how many times I say this, people keep insisting on it.”

MAMAMOO’s Wheein and Hwasa, who were friends since middle school in Jeonju and came up to Seoul together, have been confirmed as the first guests on the show. Park Min Jung was asked about future guests and said, “I’d like to call Kang Ha Neul. I heard that he’s from Busan, so I want him to introduce the house where he lived when he first came to Seoul.”

Lee Yong Jin said, “I remember performing on Daehak-ro in the past. I’d like for Yang Se Hyung, Yang Se Chan, and Lee Jin Ho, with whom I lived at the time, to come on the show. But Yang Se Hyung is on MBC’s ‘The Manager‘ at the same time as we are, so I’m not sure if he could appear.” 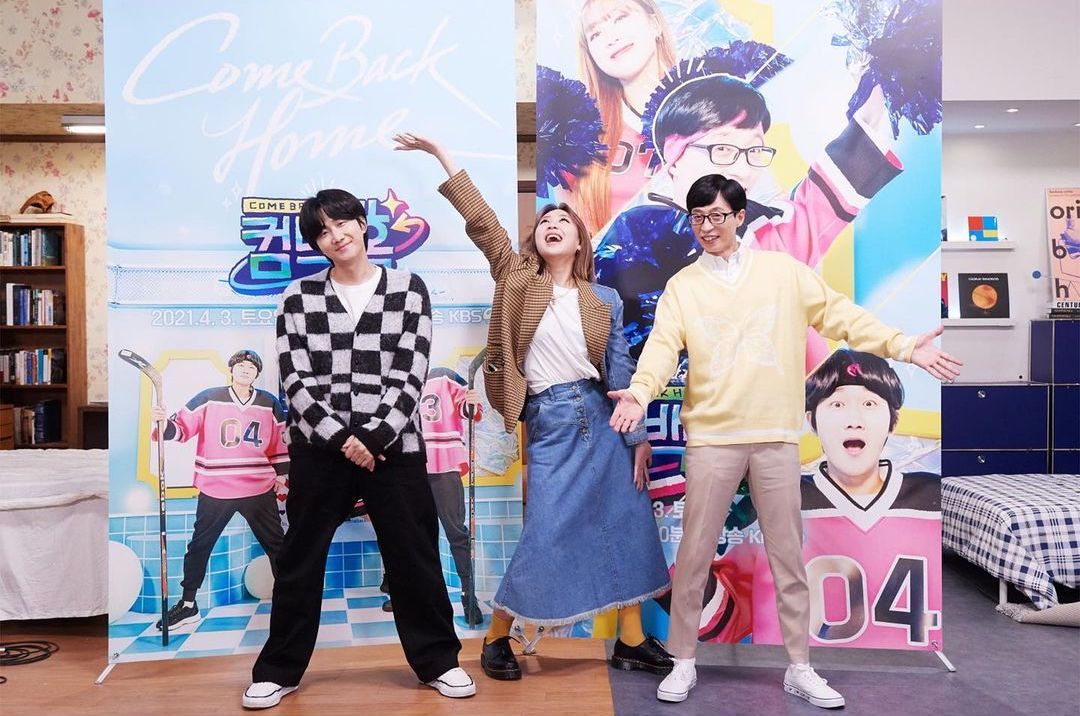