tvN’s “Vincenzo” has shared an intriguing sneak peek of its next episode!

On the previous episode of “Vincenzo,” Hong Cha Young (Jeon Yeo Bin) and Vincenzo (Song Joong Ki) learned that Jang Joon Woo (2PM’s Taecyeon) was the true boss of Babel Group and created a new plan to bring him down. Meanwhile, there was a division among the villains, and Jang Han Seo (Kwak Dong Yeon) showed his desire to break free from Jang Joon Woo and become his own boss. This new variable may decide who will win this game of power.

On April 3, the drama released new stills of the upcoming episode. In the photos, Vincenzo and Hong Cha Young are conducting a new operation against Babel Group. Dressed in all black with hats and masks, they exude a dark aura, and their expressions are filled with determination and seriousness. Lee Cheol Wook (Yang Kyung Won) and Ahn Gi Seok (Lim Cheol Soo) can be spotted with them, and they’re also wearing all black. It will be interesting to find out how these four characters will join hands to defeat Jang Joon Woo. 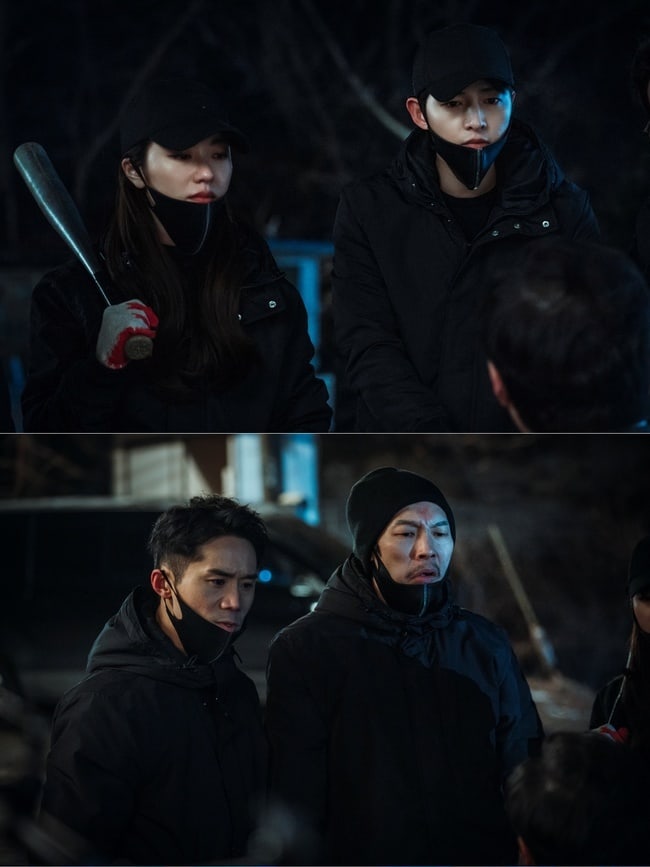 Meanwhile, Jang Joon Woo is standing in the spotlight while wearing a friendly mask. His sociopathic side is hidden for now, and he smiles warmly at the audience. He poses for a picture with Jang Han Seo, who stands stiffly by his side. What will happen during this inauguration ceremony, and will Vincenzo and Hong Cha Young be able to outwit him? 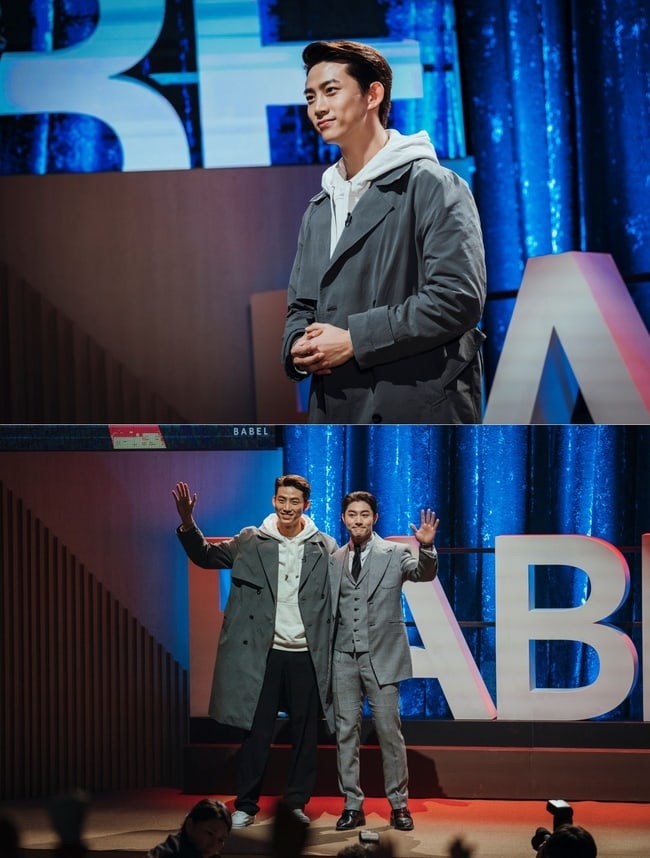 In the meantime, watch Song Joong Ki in “Descendants of the Sun”: