Han Ji Hyun Talks About Her Character In “The Penthouse,” What Roles She Wants To Play In The Future, And More

Han Ji Hyun participated in a pictorial and interview with Cosmopolitan magazine!

After her classy and chic pictorial, the actress shared a little more about herself and “The Penthouse” series.

In the drama, she plays Joo Seok Kyung, Joo Dan Te’s (Uhm Ki Joon‘s) outspoken and bold high school daughter who doesn’t have a soft spot for anyone but her twin Joo Seok Hoon (Kim Young Dae). However, in the second season, her character starts to warm up just a tad bit, and viewers are eager to find out how her character will change in the third season.

Then Han Ji Hyun talked about the pressure of acting as an evil character. She said, “When I got the role of Joo Seok Kyung, I thought, ‘Wow, how do I act like her? She’s too strong!’ However, when I read the script, I felt that not only does she have a bad side but she is also bright like a child, so I became drawn to her. I’m grateful to play Joo Seok Kyung, and I enjoy acting as her.”

When asked about her synchronization with her character, the actress commented, “Joo Seok Kyung’s happy expression is quite similar to mine. I don’t know about our synchronization, but playing a character is an exaggeration of one of the characters in human nature. I’m sure there’s a part of me that’s somewhat like her.”

Han Ji Hyun also talked about the growth of Joo Seok Kyung in the two seasons. She explained, “In the first season, she was young, immature, and straightforward. She didn’t hesitate to say what was on her mind. Now, I think her mother’s death made her grow up a little. She says something after thinking about it for half a second, and she’s more cunning than before.” 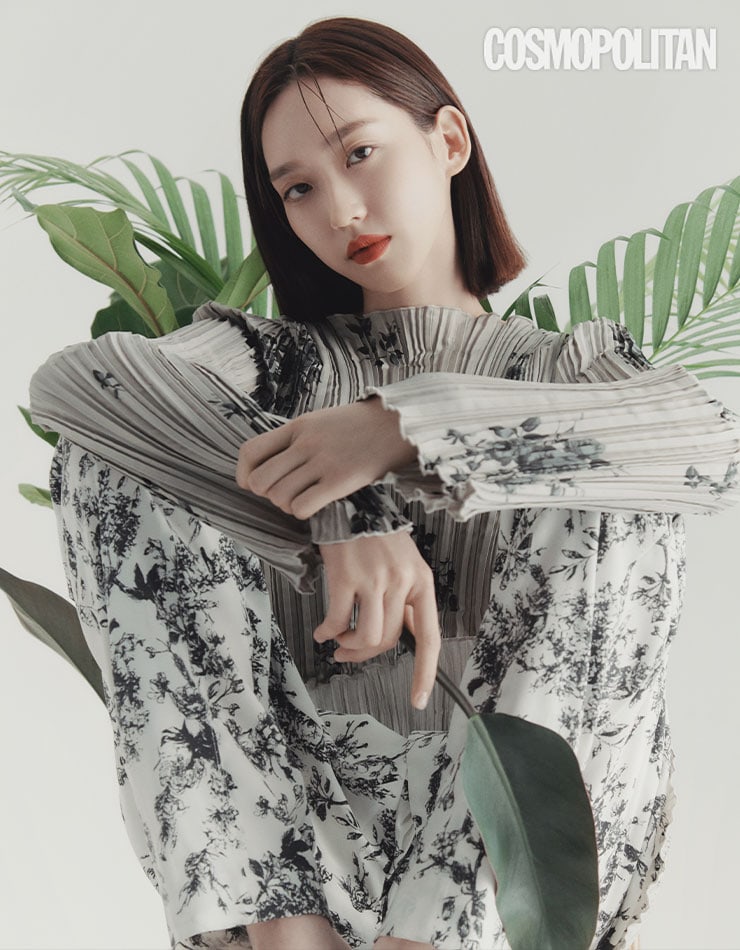 The interviewer asked when Han Ji Hyun realized she should become an actress. She answered, “When I was performing at school, my entire body shuddered for about 0.3 seconds. How can I put it? I felt so excited that my entire body trembled. It was so thrilling. That was when I started to love acting.”

When asked if she felt that way while filming “The Penthouse,” she shared, “I felt it when Cheon Seo Jin (Kim So Yeon) and Joo Seok Kyung confronted each other for the first time. Suddenly, all the staff members were gone, and it felt like it was just the two of us talking. Once the director called ‘cut,’ I was able to see everything else again. I think it was because I was so immersed in acting. That’s why that scene is so precious to me.”

Han Ji Hyun then discussed what roles she wants to try in the future. Laughing, she said, “I want to play a nice character one day, but I think I can try that later.” Then she added, “Now I want to play a more lively, fun, and bouncy role. I really want to star in a historical drama, especially as a villain. I want to try saying, ‘You wench,’ like they did in the drama ‘Ladies of the Palace.’ I want to try to play the role of a spectacular queen. I guess there are so many roles I want to play.” 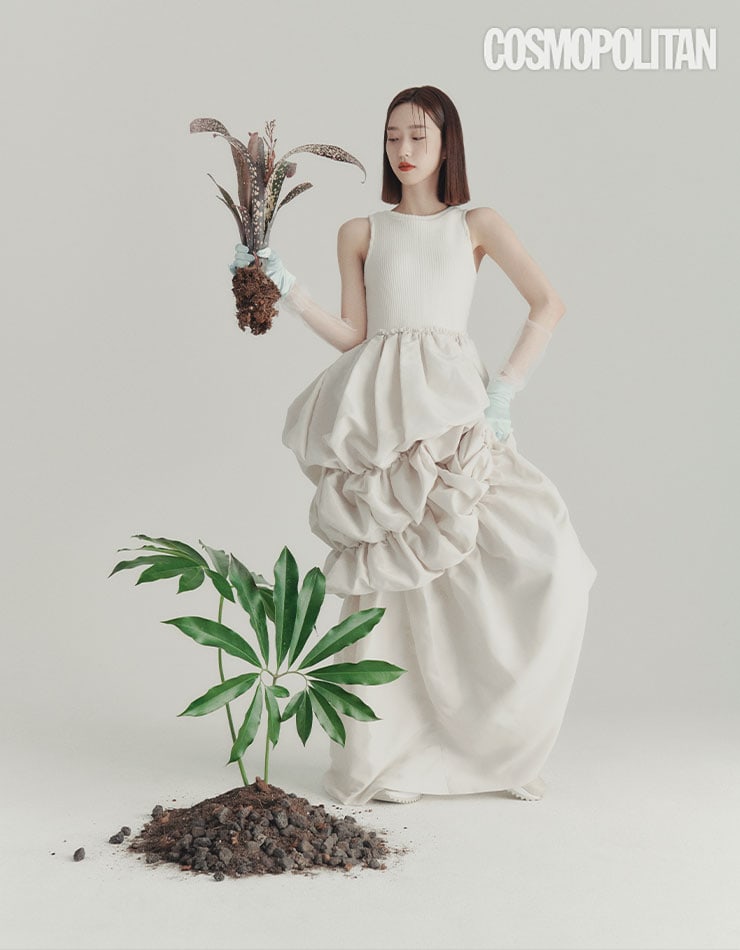 Watch “The Penthouse 2” with English subtitles below!

Cosmopolitan
Han Ji Hyun
How does this article make you feel?